New stills from healing romance Will You Have Dinner With Me 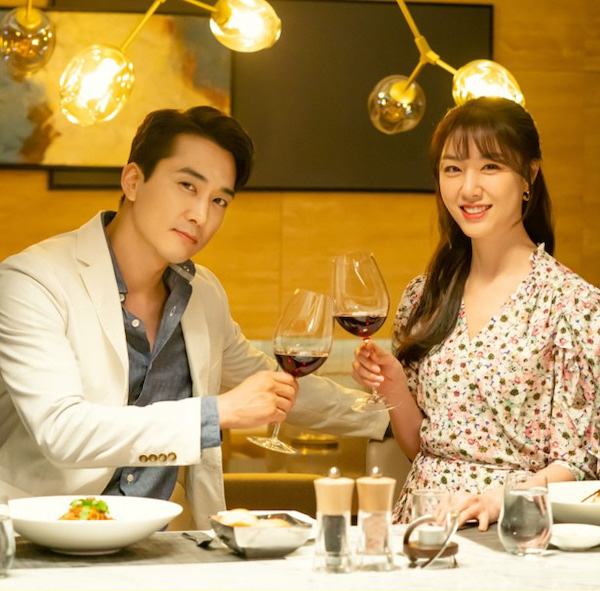 Stills from MBC’s Will You Have Dinner With Me have been released, showing a luxurious supper moment between the leads. Song Seung-heon (The Great Show) and Seo Ji-hye (Crash Landing on You) star in this healing romance about overcoming the scars of breakup and the increasingly common solo lifestyle, where people choose to live and be alone.

Song Seung-heon’s character is a famous food psychologist who treats people’s emotional and mental illnesses through meals. Seo Ji-hye plays the PD of a web-based strange-content channel called 2N Box. They both share a painful trauma from their respective first loves. After a couple ups-and-downs, they begin to meet as dinner mates, instead of romantic partners, keeping a respectful distance through their shared love of food.

Photos from a 2N Box team dinner are also shown in the stills below. Yeh Ji-won (Never Twice, Hospital Playlist) plays the 2N Box CEO whose mentality is so dynamic it could do acrobatics. Her interactions with Seo Ji-hye’s character who is a mania-fan of insane-weird TV create an unprecedented character duo.

Go Kyu-pil (Crash Landing on You) plays the master of mischief and 2N Box’s planning head. He’s totally loyal to Yeh Ji-won. Oh Hye-won (Strangers From Hell) plays Seo Ji-hye’s best friend and ASMR goddess whose tough-girl personality is a complete contrast from her gentle voice. Finally, Ahn Tae-hwan (Mystic Pop-up Bar) is Seo Ji-hye’s assistant and is a steady supporter of hers in their endeavors together.

MBC Monday-Tuesday drama Will You Have Dinner With Me, written by Lee Soo-ha and co-directed by Go Jae-hyun and Park Bong-sub,will begin airing in May. 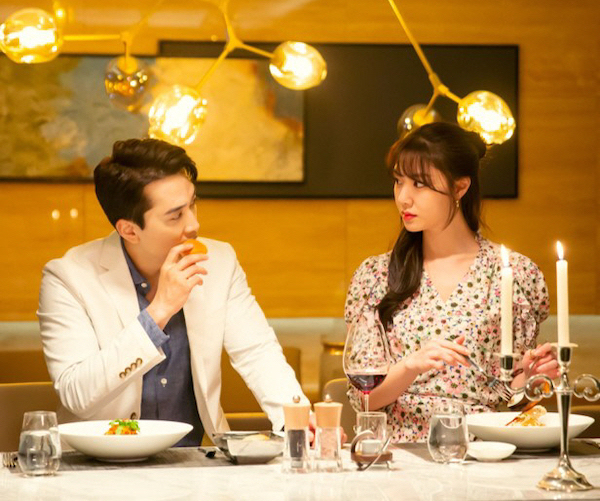 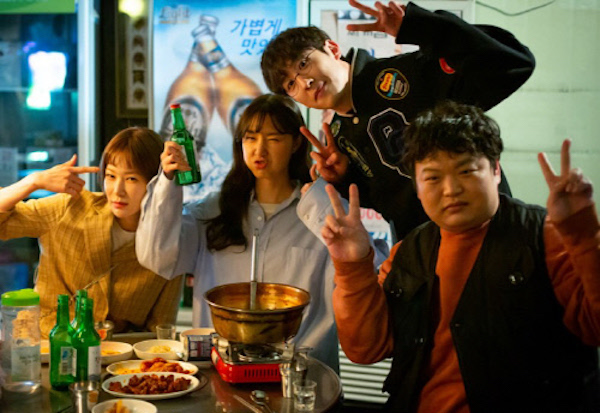 Tags: Seo Ji-hye, Song Seung-heon, Will You Have Dinner With Me

Everything looks delicious in those photos, count me in!

I really want to watch this.

I want to watch this. Yes. And the food. Ohhhhh, I think I can enjoy this sooooooo much!!

I never watched the Let's eat series, but I feel this could be similar???
I wonder if it will stay as having eating partners healing through food, or if they will make a romance out of it.... 🤔
Without too much thinking, I would like to leave the romance off the table, but...
Maybe they have chemistry??
Maybe I will start watching in order to find out. 😅

I'm still not over the Seo Dan / Gu Seung-Jung heartbreak...
That being said, I really enjoyed her performance and being a fan of the Let's Eat series, I will give this drama a try!

I hope this will be good. I loved Seo Ji-hye in Crash Landing on You and the leads look good together. I am not really into reunited lovers trope so as much as I love the leads My Love Blooms doesn't appeal to me so I'm really hoping this is good.

I will watch this

Seo Ji-hye looks so different with a fringe, didn't recognise her at all since I saw her in CLoY!

I didn't recognize her in the first picture either, but I think it's quite easy to recognize her with the usual smile (closed-mouth smile) in the second pic.

yeah she's almost unrecognisable in the first pic but now that you mention it, I do see Seo Dan in the second pic haha

She looks better without the fringe imo. She was stunning in CLOY! That scene where she flips her hair OMG!

Sounds fun, so yes, I will have dinner with you all.

I loved the webtoon that this is based on. There wasn't a lot of other characters though.