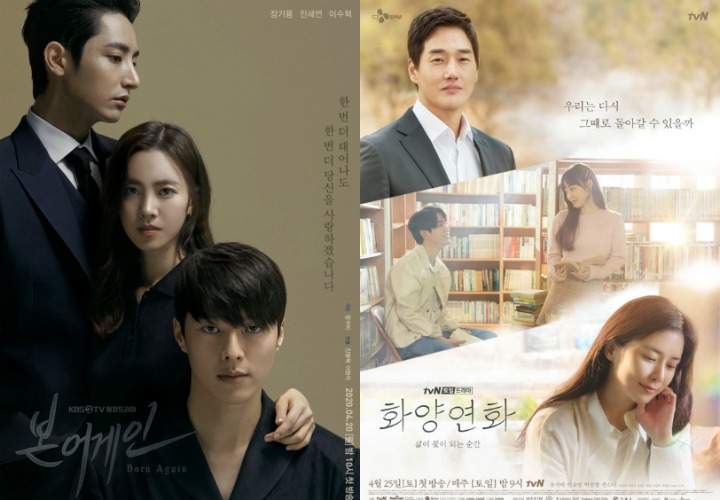 Though we only have two new dramas this week, let’s enjoy this breather before the May onslaught begins. Our dramas this week are two love stories, one about a triangle reunited after death and the other a story about first loves reunited in midlife. 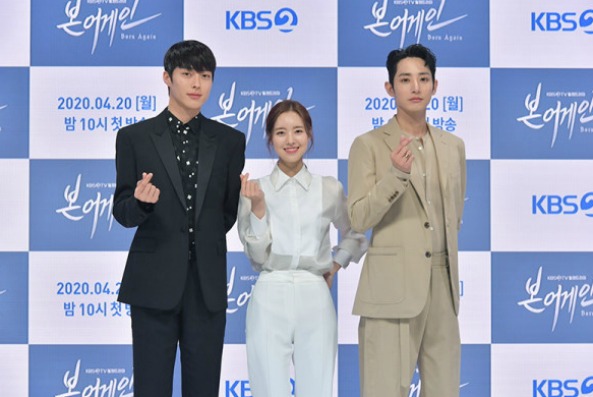 Reasons to watch: Whenever I watch a reincarnation story, I end up asking myself if rebirth is a gift or a curse? I’d bet the three protagonists may feel the same way. Jang Ki-yong, Jin Se-yeon, and Lee Soo-hyuk are three sides of a love triangle that begins in the 1980s. From the start, their relationships and emotions are tangled in some complicated knots, and love is ultimately the reason our trio meet their ends–but also the reason for the reincarnation in the present day. Though their lives and social statuses change drastically from the ’80s to now, it seems that fate won’t let them move away from each other. I have mixed feelings about a loveline that crosses time, but I’m hoping for a story that can tie together the past and present in a compelling way (and hopefully a cap on the number of scenes with Jang Ki-yong’s 80s wig). 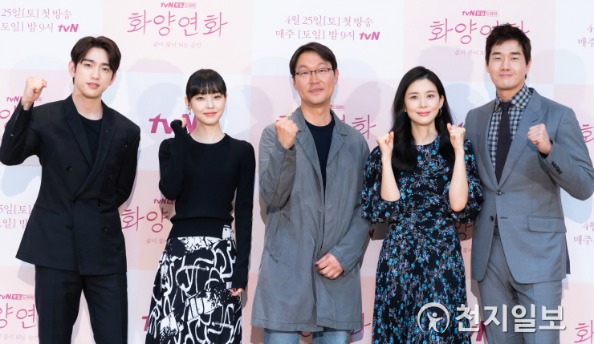 Reasons to watch: Yoo Ji-tae and Lee Bo-young play two characters who fall in love at two different points in their lives, first in college and again in the current day. Back in the ’80s, Yoo Ji-tae swoops in to rescue Lee Bo-young from danger during a student protest. Though there’s a mutual attraction, their relationship fizzles out (the four years he spends in jail due to his activism may have played a part) and they strike out on different life paths. Over the years, Yoo Ji-tae has had great financial success and developed a coldness to him, while time gives Lee Bo-young hardships and a quiet sadness. When they meet once more in the present, it’s clear they’ve never forgotten each other. Love blooms again and our protagonists learn that there’s a second chance at lost love. Though this drama is billed as a melo, it also refers to itself as a love letter to all young people (whether you’re young in years or young at heart), so I hope that’s a signal that we’re in for a sweet, warm love story.

I am still hoping they will give us a second season of "I can hear your voice" with more grown up (and maybe now married) version of Park Soo ha and Jang Hye Sung once Lee Jong Suk finishes his military service.

LOL, i wish! But honestly I doubt it 😭

I know but it will be an interesting take. :-D It is one of my most favourite FL in Korean Serials. We have a real person there not a template. (That is true for ALL the characters in it.)

Lee sangyeob all the wayyyyy. By the way I love all the Lee

I'm undecided about watching Born Again because of the reincarnation 'inevitable love' aspect to the story - I'm not enthused about the premise that fate decides *everything* no matter what one does.

The exception to the rule of course being Legend of the Blue Sea....because between the cast and the Joseon costumes....so much pretty 😍

Watched about 10 minutes of Born Again, dropped it. But then read a clip from HanCinema about it that was interesting and so tried it again. This time I found it rather intriguing and not what I was expecting. So at least for now I'm going to watch.

I now understands why Jang Ki Yong took Born Again, a role that is very similar to Come and Hug Me and Kill It. He needs practice, that's what it is.

His acting in Born Again is exaggerated, and honestly, he needs acting lessons from acting academy. He tries to act like a sympathetic serial killer, and it falls flat. Widening your eyes while shouting is not acting, it's just a bad imitation of acting angry.

I'm going to give this one a chance. I am hoping it will build into an interesting and entertaining drama. I almost did not give it a try because I don't like the acting of Jang Ki Yong and I wasn't sure I could watch him in this. I'm still not sure. But I do find Lee Soo Hyuk interesting and have watched him in several dramas where his character was quite captivating. I've only watched Monday's episodes so far but will have a better idea after I've had a chance to catch Tuesday's episodes.

If Jang Ki Yong's acting didn't carry this story, it is hard to watch even further because Jin Se Yeon's acting is a robotic.

Especially the second episode's ending. I legit shake my head and wonder why they didn't swap Jin Se Yeon with a robot, because it would be the same expression if they did.

I think Born Again is interesting. I’m looking forward to the present time and how the main leads life intertwines with each other.

I’ve seen the first episode of When My Love Blooms and I am sold! You know drama is good if you can feel the main leads’ chemistry right at first episode.