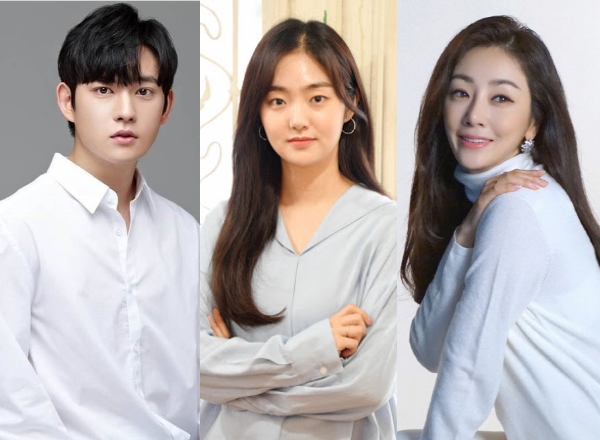 Upcoming MBC mystery drama United Effort to Accomplish One Thing has announced some casting news. This drama is centered around a fierce intellectual battle amongst people vying for a famous artist’s millions.

The most recent casting news is about Choi Kyu-jin (Class of Lies) who plays the artist’s nephew named Yoo Hae-joon. He lost his parents when young, and was raised by his uncle. He was adored by his uncle, and is a law school student.

Kim Hye-joon (Kingdom 2) is set to play the female lead character, the artist’s biological daughter. She will pursue the hidden truths entangled with the enormous wealth left behind by her father. I was quite impressed with Kim Hye-joon’s performance as the ruthless psycho queen in Kingdom, so I’m looking forward to her new project.

Finally, there’s Oh Nara (9.9 Billion Won Woman) who will play a model who used to be quite popular back in her prime. Now past her heyday, instead of concentrating on her daughter’s upbringing, she chooses to focus on her own glamorous life. As of yet, it’s unclear whether she’ll be playing Kim Hye-joon’s mother or someone else’s.

Via Sports Khan, IS Plus, Newsen

Kim Hye joon really does not get her due for her work in Matrimonial Chaos. She was great as Bae Doo na's sister.

Keeping check on this one as i like very much all three of them.

I love these three and I hope this drama would be good, if not makjang good.

I love Oh Nara after SKY Castle and My Ajusshi and will definitely check this out just for her!