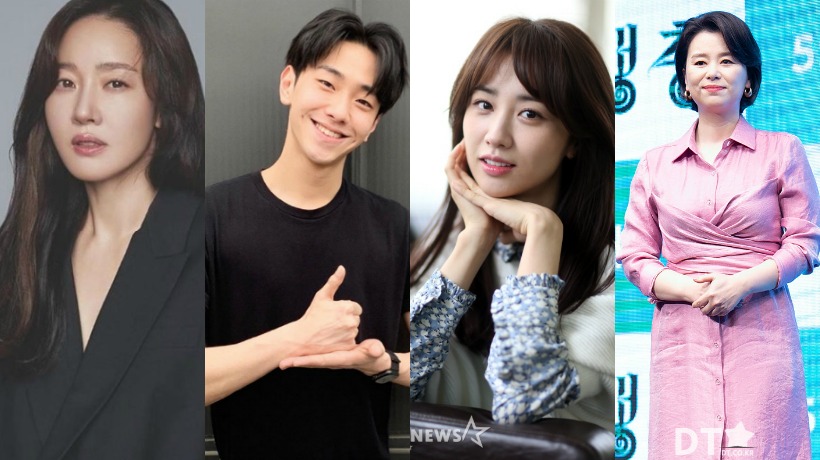 A new Monday-Tuesday drama has been lined up on tvN, called Postpartum Care Center, and casting has now been confirmed for actor Nam Yoon-soo (Extracurricular). He’ll be joining his sunbaes, Eom Ji-won (The Cursed), Park Ha-sun (Weekday Afternoon Lovers), and Jang Hye-jin (How to Buy a Friend, Crash Landing on You) confirmed that they were signing on in leading roles last week.

The drama stars Eom Ji-won as Oh Hyun-jin. Enjoying considerable success in her career, she becomes one of the youngest to be selected as an executive board member at her company. While balancing work and life, she becomes a mother relatively late in life.

Being an older mom meant getting through pregnancy and childbirth was no small challenge, but adapting to life after childbirth is a struggle as well. The story then follows Eom and the other women at a postpartum care center as they share their burdens, find comfort among their peers, and learn to grow.

Nam Yoon-soo takes on the role of a deliveryman named Ha Kyung-hoon. Friendly and courteous, he’s well-known among the center’s residents for his smile and has a happy-go-lucky personality. (Sounds like a complete 180-turn from his Extracurricular role.)

Directing for the drama is PD Park Su-won and scripts will be penned by a team of writers: Kim Ji-woo, Choi Yoon-hee, and Yoon Soo-min.

tvN’s Postpartum Care Center is currently being planned to air 8 episodes and will broadcast towards the end of 2020.

Park Ha Sun!!! She impressed so much in Love Affairs. Her acting showcased the change that her character went through so beautifully!

it's only 8 eps which sounds perfect. if they could they could tackle [cis] womanhood in SK really well and they could deal with abortion. tbh idk what a postpartum center is but i'm not sure america's infrastructure has like an actual center but what do i know. looks good? love jang hye jin

I really hope that we see more short form (a.k.a 8-12) episode shows more down the line. So MANY K-dramas would wholly benefit from this.

8 eps is a good count. Not too long, not too short