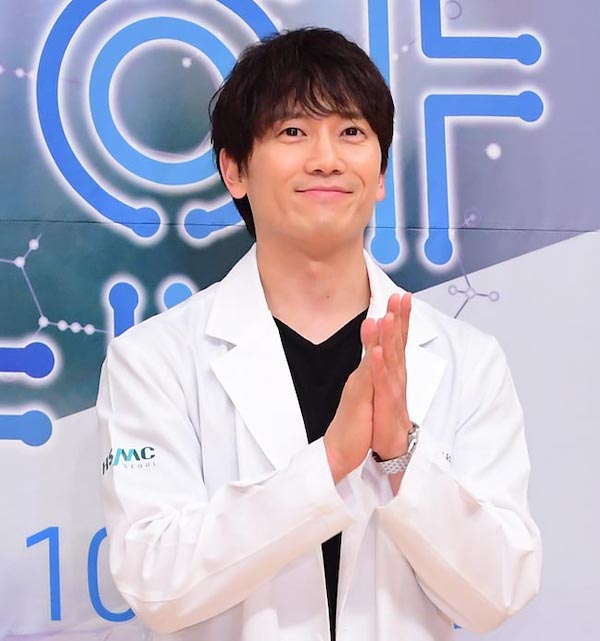 Ji Sung (Doctor John) is positively reviewing the script for a new role as the lead of upcoming drama The Devil Judge. If he confirms, Ji Sung will play the titular character who is a different type of judge, one that sides with injustice.

The drama is centered around a desperate rivalry between two men. A chief judge and an associate judge begin a relationship of chasing and escaping each other, with the winner being whoever reveals the true face of the other. Ji Sung’s (potential) character works as the chief judge of a trial court, and funnily enough, his name is John (just like Ji Sung’s last character).

With his noble appearance and charismatic smile, John is known as a cryptic star judge with exquisite tastes. His background as the tragic heir of a chaebol family adds to his mysteriousness. However, he hides his true self from everyone; he actually believes that justice doesn’t exist in the world, and he sees everything as a game. He makes a great display of punishing criminals during broadcasted court proceedings while achieving hidden objectives, thereby making court into his own twisted reality show.

Former judge Moon Yoo-seok (of Miss Hammurabi fame) will be writing the script, and PD Choi Jung-gyu (Red Moon, Blue Sun) will directing The Devil Judge. The drama is supposed to air in the latter half of this year.

So the former judge will write about evil/manipulative judges!!? Must watch. Or at least give it a try.
After she wrote about good judges before, the big question is ---- which type is more true-to-life?
:)

At first I thought, not the kind of drama I would watch, not even for Ji Sung, but then I read the writer of Miss Hammurabi and I'm in!

Exactly what I did!

Yes. Miss Hammurabi was unexpectedly great. One of the memorable dramas of 2018. I still rewatch it from time to time.

Miss Hammurabi....I thought it was okay and everyone acted well, nothing more, nothing less

I don’t know about the story but my eyes need to see Ji Sung‘s beautiful face again!

For the love of pete be a drama I can watch. I love him. I recognize his immense talent but I have NEVER made it through one of his dramas. Im not even sure why I love him. The panty song is pretty earwormy

It sound like an interesting drama/ character. I did not watch the previous drama of this writer but I will watch this one.

Seriously, can we just have a show where the characters are working class. Parents had jobs/careers, kids have decent upbringing, went on to college and then went on the work. There are people out there like that you know.

My God, is everyone a heir/heiress in dramaworld.

Yes this. Jdramas have a lot of main leads belonging to working class and they look and feel way more real.

Was about to type this... One of my favourite dramas, is "I love my husband but he Is terrible at his job" watched it when I was about to graduate... This drama told me it's okay to be ordinary...

I agree with you, but I am afraid Korean writers are not that "simple"... At least in their creative world, they need a scenery where their characters can have lots of power, in order to move things...
On the other hand, Ji Sung always pick up very interesting projects...
We have to see

I want to see JS in a melo. Please get out of workplace drama land. Also judges/prosecutors/detectives could be anything, zombie, devil, witch.

Everything about this makes me happy. I love Ji Sung. I was hoping we'd be hearing some casting news since Lee Bo Young's drama is almost done. Miss Hammurabi was an unexpected gem. I'm definitely interested in what the former judge pens next. I like the PD too.

Oh I loved Red Moon, Blue Sun! It was so a good drama, a little gem.

Ji Sung is such a great actor. He can do it all imo. The everyday man, the manic persona, or the angsty one. Even in his 40s, he still has a cute youthful charm to him. I hope this one is a ratings smash!

Miss Hammurabi was a great drama. Just the right amount of the technical stuff, more heart. And the stories were not too dramatic. Character growth was emphasized. The main love line was kept low-key but I didn't mind. It was not the focus anyway. So maybe I'll give this one a try.

I agree with everything. And Miss Hammurabi to L is the same as Faith to Lee Min Ho. He was surprisingly very good in it.

Looks interesting. I can totally see Ji Sung slaying all the emotional aspect of his character.

Now that Jinyoung's in it...don't even care about the plot! Im watching it