Jobless but fearless Nana flirts with Park Sung-hoon in Ballot 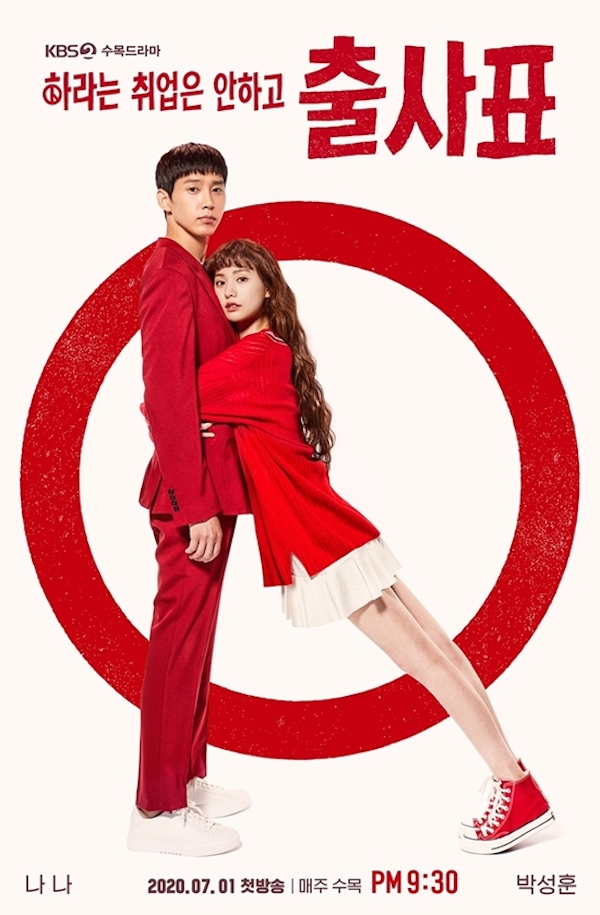 Political rom-com drama Ballot is on a promo spree, releasing two more posters and a teaser. Nana (Justice, Kill It) plays an unemployed job-hunter who decides to run for office instead of finding regular employment. Meanwhile, Park Sung-hoon (Psychopath Diary) plays a stick-in-the-mud civil servant who ends up helping Nana on her journey.

In the poster above, Nana leans against Park Sung-hoon in a tight embrace, while the caption says: “Instead of getting a job as she was told, Ballot.” They’re both wearing red, and fill the center of a similarly red circle as if checking a voter ballot option.

Despite being born a “dirt spoon,” Nana’s character has no qualms about dishing her opinions without a filter. Her refreshingly honest personality can clearly be shown in the yellow-blue poster where she takes a baseball bat to the saying: “Money comes first.”

During the latest teaser for Ballot, a young lady slides over a notebook asking, “Do you come to the library often?” toward Park Sung-hoon’s direction. When he doesn’t respond, she tries again and asks for his name through the notebook. Her last question asking for his number is the straw that breaks the camel’s back. Before she can even finish sliding the paper over, Park Sung-hoon has erected an insurmountable wall of books between himself and the young lady.

Finally understanding his rejection, the young lady leaves the library table in a huff. From a distance, someone calls Park Sung-hoon’s character’s name. The sound of light footsteps ends in a large crash, as Nana knocks over the wall of books in front of Park Sung-hoon. He looks completely alarmed at this new development, hunching over to protect himself. Seductively, Nana brushes her hair back and asks: “What about me? Do you like what you see?” 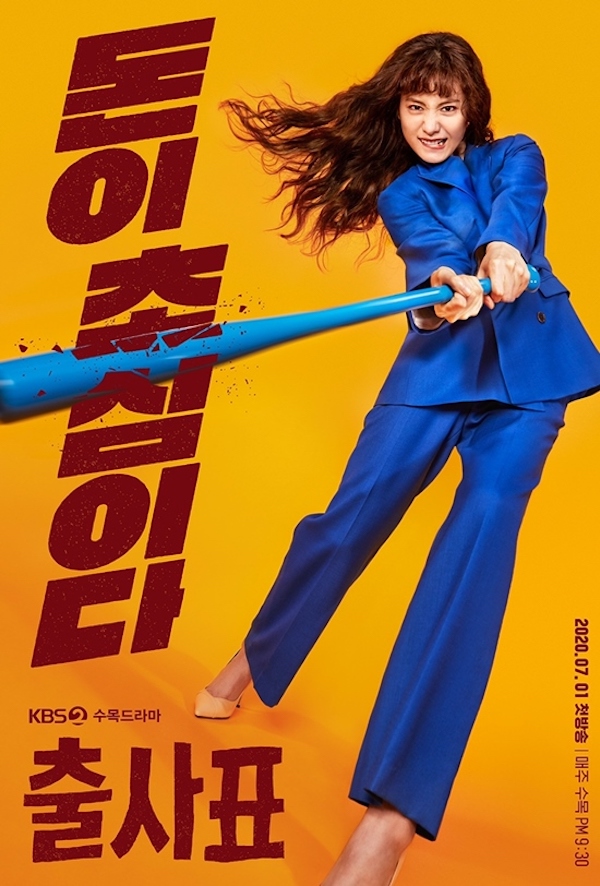 I loved everything they've given us so far and Park Sunghoon's character hasn't said a word in any of the teasers pffffft. I can't wait

After a very disappointing current season, this actually looks interesting.

Every season seams to start with so many interesting premises....then.

So excited for this, it's nice to see Nana in something different compared to her usual roles

The first poster is sooo cute!

I haven't seen any of the works of either of the leads so I'm interested in this drama. Our posters and teasers seem to indicate that the female lead is gonna be breaking down our stiff neck male lead's walls and I'm all for this dynamic

Same, hoping it will be fun.

Was psychopath Diary good or bad?

Aha! So that's why the world is in the state it's in?

This doesn't look/ read to bad.

If it just be what it is and try not to be more than what it is, it should be fine.

Park Sung Hoon as a romantic lead? Been waiting for this since the KBS Drama special!

Love nana and this looks super cute. But imagine how embarrassing this drama was to film? Maybe its just me but the premise has me cringing.