A family that is falling apart is given a second chance at happiness when the middle-aged father suddenly appears as his eighteen-year-old self. Through these strange circumstances, he is able to heal his relationships with his wife and children, and bring his family back together.

A family that is falling apart is given a second chance at happiness when the middle-aged father suddenly appears as his eighteen-year-old self. Through these strange circumstances, he is able to heal his relationships with his wife and children, and bring his family back together. 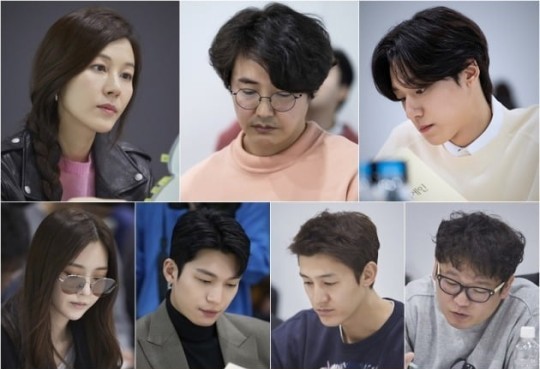 New stills have been released for JTBC’s upcoming 18 Again, featuring the cast and crew at the drama’s first script reading.

The story (adapted from the American movie, 17 Again) is about a man who seems to be hitting rock bottom. He’s been laid off from his job, is unappreciated by his children, and is soon to be divorced from his wife. Amidst this chaos, he suddenly wakes up in the body of his 18 year-old self and he’s given the chance to re-live his younger days.

Yoon Sang-hyun (Let’s Hold Hands and Watch the Sunset) takes on the late thirties version of the central character, Hong Dae-young. He has his faults, but is a very relatable everyman.

Playing his younger-bodied self is Lee Do-hyun (Hotel del Luna). Due to his newly youthful appearance, he uses the alias Ko Woo-young to conceal his identity. But regardless of what he looks like on the outside, his mind and soul is still the same ajusshi, Hong Dae-young.

Kim Haneul (The Wind Blows) plays his wife (or should I say their?), Jung Da-jung. She’s a working mom who jumped into her field later in life, so she’s presently in a relatively lower-ranking position as news announcer. At home, she’s kept busy with two teenage children to take care of. Personality-wise, she’s described as gentle but firm.

Directing for the drama is PD Ha Byung-hoon (Go Back Spouses, The Sound of Your Heart) and scripts will be penned by a team of writers: Kim Do-yeon, Ahn Eun-bin, and Choi Yi-ryoon.

JTBC drama 18 Again is currently set to premiere in September, and will be airing Mondays and Tuesdays following Model Detective. 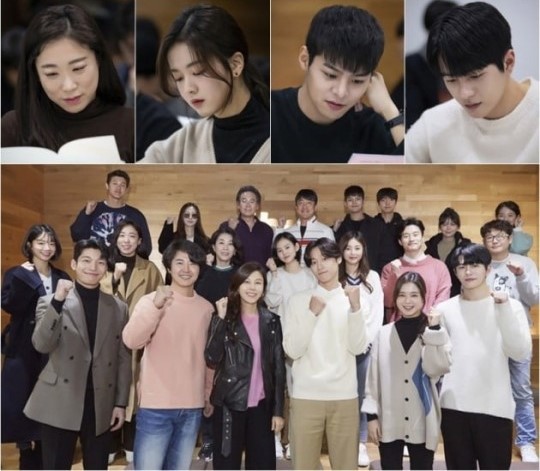 I am a huge Kim Haneul fan but I am only half-joking when I say I would rather clean my drains for 16 hours than watch this.

I keep repeating that I have the feeling I've already watched this drama....

You have. Zac Efron.

Whuut? I don't remeber Kim Hanuel confirming accepting this role and I didn't think she would. But looks like she did...Okay I'll at least watch the first two episodes just for her.

I really wonder how this gonna turn out. Zac Efron was very good in the movie as he got to show his comedic sides. To me the best part of the movie is when he attend his old high school and go to interact with his kids as he have been neglecting them. So look forward to see what they gonna do about that.

I am causally optimistic about this as I hope this is gonna be a good drama.

6 Playstore, Okay Or Not Okay

Why did they have to chose a movie which in my opinion was long for it own 1.41hr length!!! The movie could have easily been wrapped up in 80 minutes (then maybe 10 mins of credits to have 90 mins).

I don't know how they're gonna adapt a simple movie like this into a kdrama but I'm putting my faith in JTBC and the PD of Go Back Spouses, which remains one of my favourite dramas. Also it's Lee Do Hyun and I really like him and I think he has a lot of potential. Also it has a similar premise as Go Back Spouses and since the PD is the same, It might go really well. My main concern is the episode length. It should be 12 and not 16

And I love Kim Haneul and Yoon Sang-hyun but this is too cliche story now. It was fun maybe for first 500 time it was made, but not anymore.

I have nothing to watch so probably gonna check this drama out for 2 eps.