A bubbly rich girl loses everything and must find herself again in a small town. Here, she befriends the town inhabitants, learns the meaning of friendship, and grows close to a young man whom she met by happenstance. As the two develop feelings for each other, their connection becomes complicated.

A bubbly rich girl loses everything and must find herself again in a small town. Here, she befriends the town inhabitants, learns the meaning of friendship, and grows close to a young man whom she met by happenstance. As the two develop feelings for each other, their connection becomes complicated. 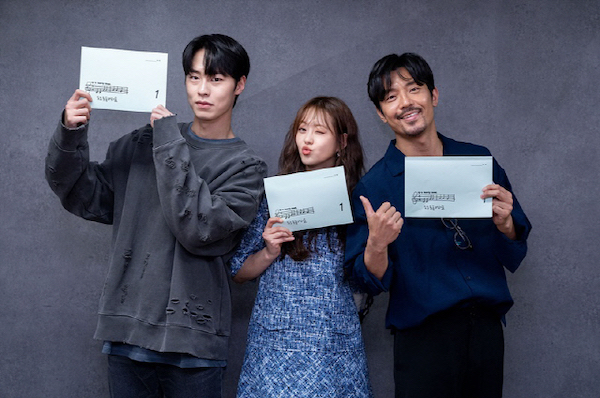 Despite undergoing a sudden difficult change in her life, Go Ara’s character maintains her perpetual optimism. Whereas Lee Jae-wook’s character lives paycheck to paycheck without any goals or dreams. He also has many secrets from his past that still cause him pain in the present. At times, he can seem very considerate and at other times, he seems completely indifferent. Despite looking cold and rough, he’s actually very warm and detail-oriented.

Kim Joo-hun (It’s Okay to Not Be Okay) plays an orthopedic surgeon who has lost his laughter and motivation due to burnout syndrome. He’s a Daddy Long Legs figure to Go Ara’s character, always giving her warm, mature support. 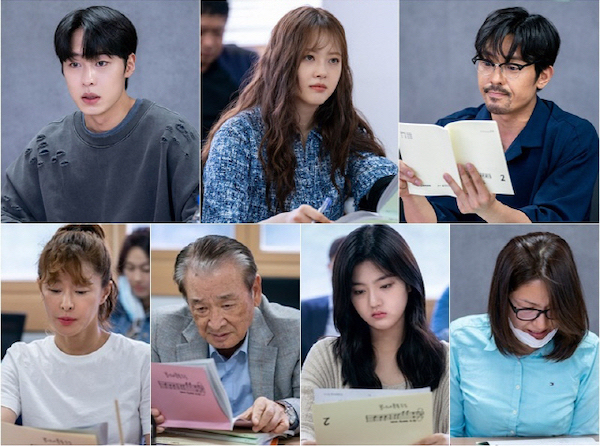 Yeh Ji-won (Will You Have Dinner With Me) plays a hilarious shop owner, but the shop’s description is a little confusing. Called “Jin’s Hair,” it’s described as a a “dry tasty shop;” so is it a hair salon or a restaurant or both? I guess we’ll have to tune in to find out. Shin Eun-soo (Bad Papa) plays Yeh Ji-won’s daughter who has a big-time crush on Lee Jae-wook.

The production team said of the script read: “As the actors brought their characters alive, there was no space for boredom. It was a script reading full of warm laughter and fluttering romantic tension.” Furthermore, they were confident that “Viewers can look forward to seeing the synergy of these actors who brought their own unique color to their acting, enhancing their characters.” 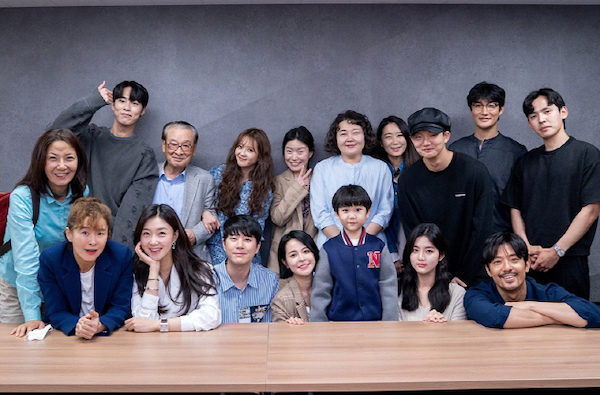 So far this sounds cute! ~crosses fingers hoping it's good

Exactly the sort of thing we need right now- and this is obviously not a regular rom-com but an ensemble comedy- so we may get a lot more laughs. What a great cast! I am looking forward to this one.

A second old lawyer here! Which leads me to say, while the cast looks terrific and I love quieter, more modest series like this appears to be, I can't believe Lee Soon-jae is still working and taking prominent roles. He has been married longer than I have been alive and I am a member of AARP!

Funny, I was talking about how Kim Joo-hun is good in his different roles and paf! A new role for him!

I'm happy that Lee Jae Wook got a first role. I'm not a big fan of Go Ara, but she's not bad either.

This one and Do You Like Brahms?, music is well represented this year.

Soon-jae halbae~~~!! Just finished rewatching Grandpas Over Flowers Return for the nth time. Lee Jae-wook is lucky to be working with Lee Soon-jae this early in his career.

We’ll see when the drama airs.

Sang-in, whatchu doing here? Did Moon-young drive you away? 🧐

Solid cast but Go Ara is either a hit or miss for me...so we will see.

I'm the indifferent lead here. They're the ones who find it irresistible.

Meanwhile, I didn't like Shopping King Louis like other people did so I'm not entirely sure about this one. Especially "He’s a Daddy Long Legs figure to Go Ara’s character, always giving her warm, mature support"

A little off-the-point here, but if Yeh Ji-won's shop were both a hair salon and a restaurant, I would be a little worried about hair flying all around and landing in my food :/ hahahahahha

I thought that too haha

recently watched www search and fell in love with lee jae wook lol. so excited for his first leading role!

I am going to watch this. Lee Jae Wook is the cold tsundere lead with a warm heart and Go Ara is the Candy Girl with her "perpetual optimism" - why am I grinding my molars? - suffering nosebleeds with her multiple jobs, smiling bravely, and cutely? sassily?never giving up. I can do this. *DEEP BREATHS* Anything for Lee Jae Wook. But, once, for once, can we have a REAL FL? One who is tired, angry, bad-tempered, trying her best to juggle her many jobs with her lips pulled back into a snarl?

I want this to be light and fluffy and funny and lovely. Pleeaaaaaaaaaase!!!

Please be good drama cause this is Lee Jae-wook first drama as first male lead! Not a big fan of Go Ara but other cast seems promising.

Conclusion - I will check out first few episodes.