Two detectives team up to solve a cold case. The veteran detective relies on experience, connections, and intuition, while the younger detective investigates based on evidence and sharp psychological insight. Together, they try to uncover the truth while keeping their principles and integrity intact.

Two detectives team up to solve a cold case. The veteran detective relies on experience, connections, and intuition, while the younger detective investigates based on evidence and sharp psychological insight. Together, they try to uncover the truth while keeping their principles and integrity intact. 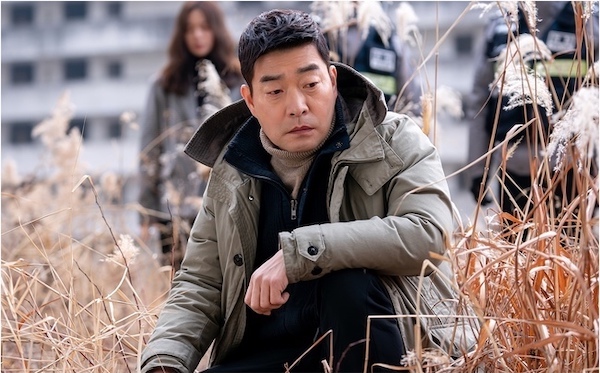 Upcoming JTBC crime procedural called Model Detective has released new stills and a video teaser featuring its main cast. The drama stars Sohn Hyun-joo (Itaewon Class) and Jang Seung-jo (Chocolate), and they play two very different detectives who learn about an intentionally hidden truth and begin to pursue it. Sohn Hyun-joo chose this project because of his positive previous experiences working with the director Jo Nam-guk in The Chaser and Empire of Gold.

The recently released stills show Sohn Hyun-joo’s character at work, investigating a crime scene. His character is a veteran police detective with 18 years on the force, and he’s also a realist bent on survival. Although he’s been worn down by his experience, he still feels a strong responsibility to right wrongs and correct injustices.

The teaser begins with an unnamed man’s voice telling us that the most effective way to conceal the truth of a case is to get rid of the victim forever. As he speaks, the teaser shows a female college student being dragged on a rainy night, and the abductor drops a watch. We see her with seaweed on her legs and being put into a body bag.

A copy flashes saying, “It was thought that everything was finished…” and Sohn Hyun-joo gets a call from the man who confesses to the abduction and murder of the woman. Sohn Hyun-joo is convinced that if he he doesn’t speak, there will be no one else to tell the truth. He cries tears at the injustice of it all as he looks through case files and shouts at criminals asking them if their consciences don’t hurt. 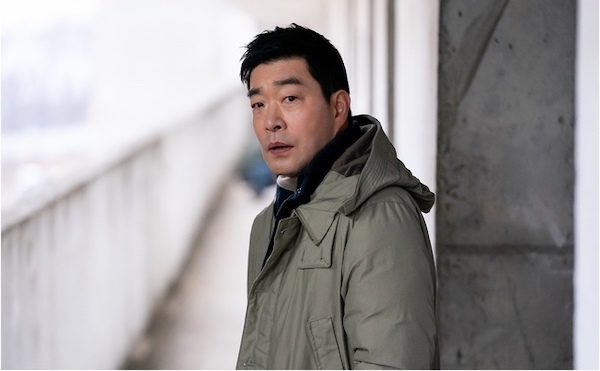 Jang Seung-jo tells Sohn Hyun-joo that they don’t have a lot of time so they shouldn’t waste it on irrelevant aspects. Jang Seung-jo is shown alone as text pops up saying “Everyone ignored it…” Then he shows up in Oh Jung-se’s (Stove League) office, wearing the watch from the beginning of the teaser.

A short clip of Lee Elijah (Chief of Staff 2) is shown, along with more violent scenes of kidnapping and beatings. Sohn Hyun-joo tells everyone that they’re not trying to capture a criminal, they’re preventing another man from being murdered. After a police car chase, reporters are waiting for Sohn Hyun-joo, and copy says: “A story begins.”

Jang Seung-jo points his gun in a wheat field, and we see him leading a man into the wheat field. As the body of a girl drops into the water next to a wheat field, Sohn Hyun-joo’s voiceover says “Let’s start again from here.” 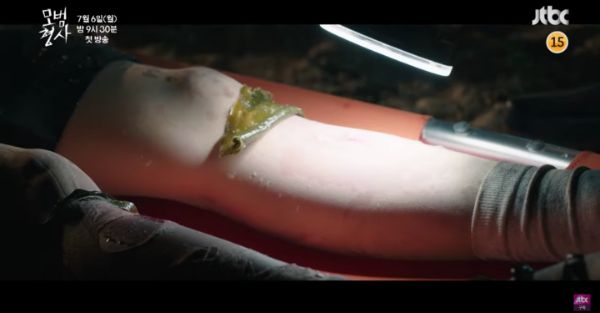 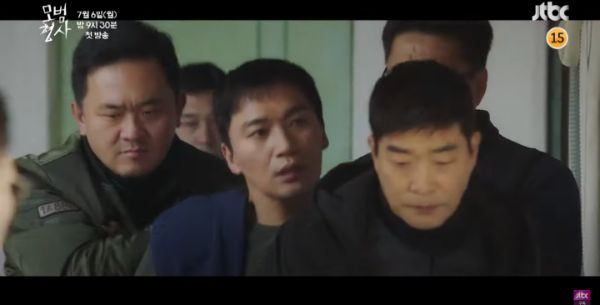 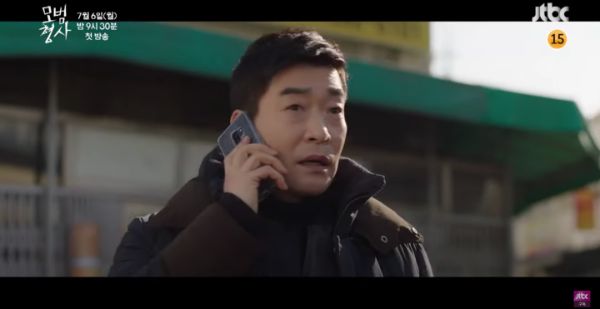 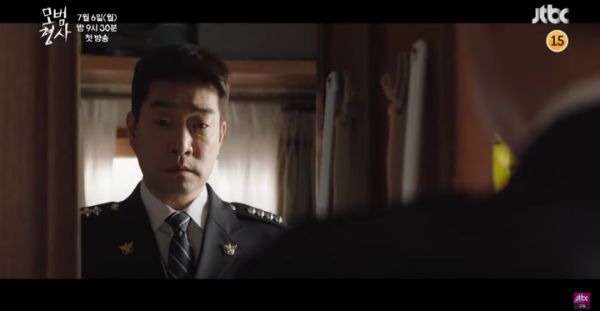 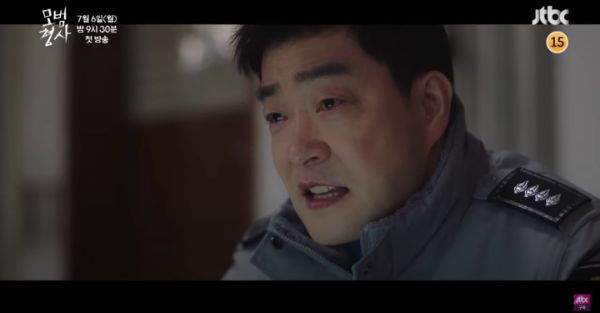 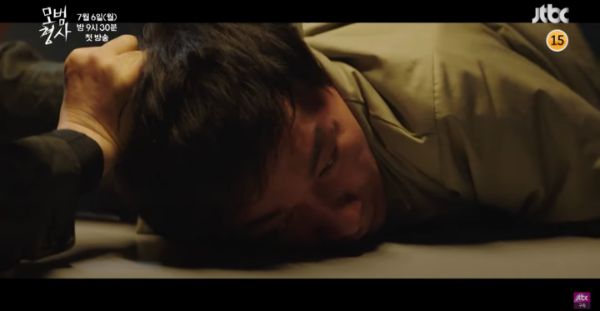 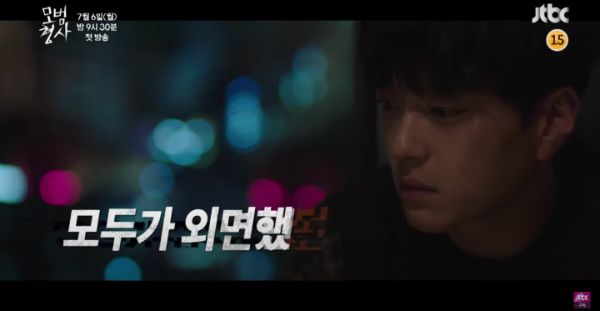 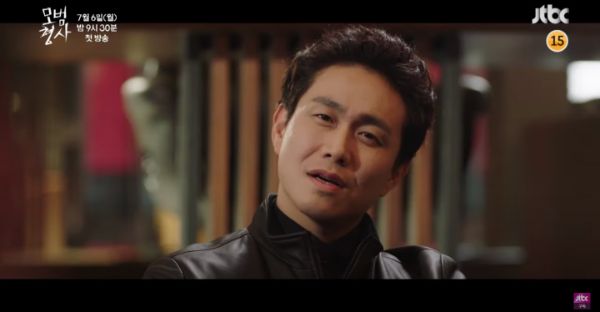 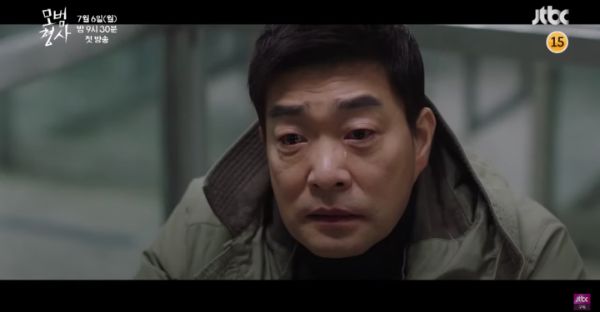 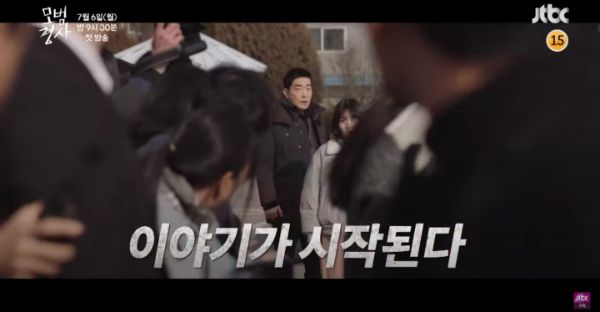 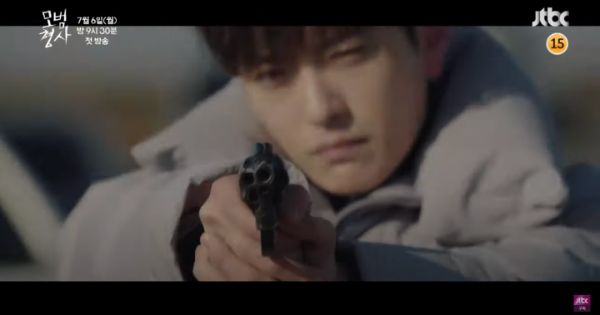 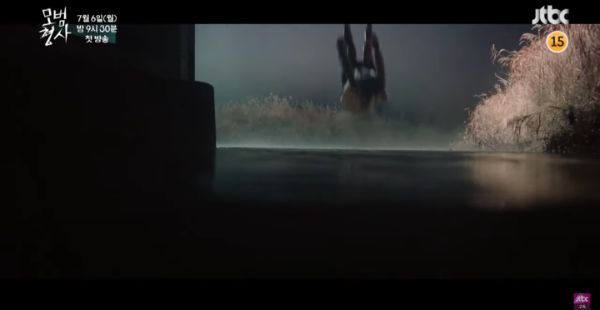 I'm so excited to watch Jang Seung Jo as a lead!!! He is so great in his roles.

The cast is amazing so now i really hope the writing is on the same level!

This is such an interesting cast! Like, it's talented people that will obviously look good together (and hopefully have good chemistry) but I never would have thought of this ensemble myself.

This looks great. What a great cast. The good news is no availability angst.
JTBC’s MODEL DETECTIVE has been picked up by NETFLIX. It is currently under the title EXEMPLARY DETECTIVE.
July will be loaded with crime dramas (my favorite genre). Besides MODEL DETECTIVE, OCN’s TRAIN with Yoon Shi-yoon and tvN’s FLOWER OF EVIL with Lee Joon-gi are scheduled to air in July. TRAIN and FLOWER OF EVIL have been picked up by Viki and all three dramas air on different nights of the week. All three are on cable networks so the ratings should be interesting.

Looking like this season might be a lot better than the current one for dramas. And it looks like most if not all will be streamed the usual legit sites so we won't need to use the pirate sites.

All we need now is a detective drama with Kim Dami and Bae Doona as the leads :D

Anything with the talented Sohn Hyun-joo <3.
I like this director but where is writer Park Kyung Soo? He has been solid with The Chaser, Empire of Gold, Punch and Whisper.
The Chaser was one of my crack dramas in 2012 and Punch in 2014.

Am I the only one who thinks Sohn Hyun-joo gives older (waay older haha) Woo Do Hwan vibes?
I think he looks like what Woo Do Hwan would look like in 40 years time
haha
Maybe it's just the shape of his eyes and lips, idk
That being said, I love Sohn Hyun-joo, looking forward for this drama!

Lol. Thanks @mihoo. Son Hyun-joo and Park Seo-joon were wonderful together as father/son in ITAEWON CLASS. MY favorite scenes in IC were between those two.
I hadn’t thought about it but based on your comment I think it would be great to see SHJ and WDH as father/son in a drama.
Casting Directors please take note.