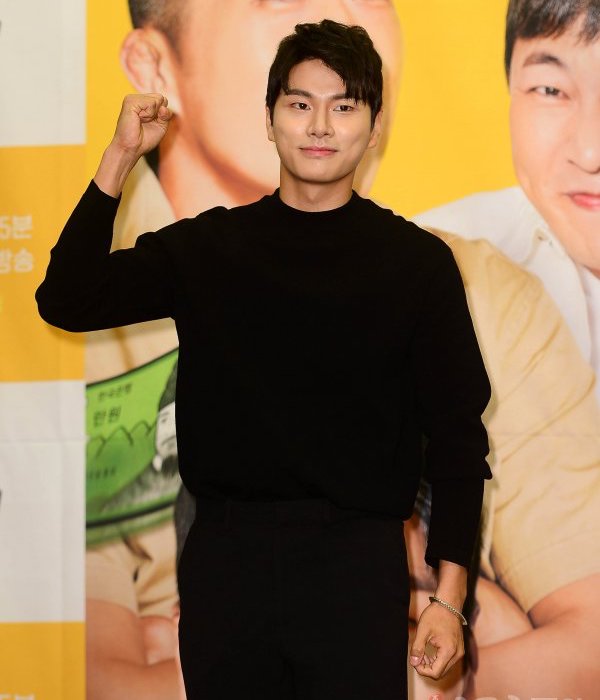 Lee Yi-kyung (Welcome to Waikiki 2) may be coming back to dramaland soon. New Secret Royal Investigator has made an offer to him, and it’s been reported that he is reviewing the script positively. If he confirms, he’ll be playing a talkative, warmhearted man who is moved to tears easily.

New Secret Royal Investigator will delve into the world of the men and women who dedicated their lives to their king and country. Secret royal investigators were a special cadre of loyal men dedicated to the king’s safety and interests that existed during the Joseon dynasty. Think elite Joseon spy organization with arrest capabilities that worked directly for the king. The drama seeks to portray the heroism of these secret royal investigators.

Currently, offers are also out to L (Welcome) and Kwon Nara (Itaewon Class) to play a secret royal investigator and a damo (a female police officer equivalent) respectively.

To be honest, I haven’t seen either of the Welcome to Waikiki seasons, but Lee Yi-kyung has been absolutely hilarious and on-point in all the cameos and variety show segments I’ve seen of him. He was also fantastic playing a more serious role in the thriller Red Moon, Blue Sun. I’m hoping that New Secret Royal Investigator will be a good opportunity for him to play a meaty role that lets him stretch his dramatic and comedic acting chops.

My only problem with this is he possibly isn't the lead.

Nope,Kim Myung Soo is courted for the lead role.

Nooo... I was more interested when I thght he was the lead😞😞 well now my expectations are reduced☹️

Ugh, what a shame. L has definitely improved acting wise from what I've seen, but Lee Yi Kyung is such a scene stealer.

Yay! Found him great in Waikiki. Hope my sageuk-slump comes to an end, with this and the other one Jung Ilwoo is in talks to

@flyingcolours,
Our friend @pakalanapikake recently clued me in on the upcoming NEW SECRET ROYAL INVESTIGATOR which I was pleased to hear.
Thanks for the great Jung Il-woo news. This is the first I have heard that JIW was considering a new sageuk. He was outstanding in HAECHI as Prince Yeoning. Somehow I missed this article in Soompi: https://www.soompi.com/article/1409773wpp/jung-il-woo-in-talks-to-lead-new-historical-drama

BOSSAM—STEALING FATE takes place during the reign of King Gwanghae-gun (1608-1623). Interestingly I recently finished THE KING’S FACE (2014/15) where Seo In-gook was terrific portraying Prince Gwanghae.
Unfortunately we may have to wait until 2021for NSRI.

@marcusnyc20 bong-soo and @flyingcolours Fly Colours, cc: @kiara, @wishfultoki, @greenfields,
Thank you so much for the heads-up on Lee Yi-kyung getting an offer for a supporting role in NEW SECRET ROYAL INSPECTOR, and Jung Il-woo potentially headlining in sageuk BOSSAM—STEALING FATE. Great news indeed!

I think I first encountered Lee Yi-kyung in the fantasy sageuk MIRROR OF THE WITCH / SECRET HEALER with Yoon Si-yoon. He played a Taoist adept and warrior, and caught my eye in that role. I can't wait to see him in another sageuk.

As a Gwanghaegun fangirl, I'm tickled to bits at the prospect of another drama set during his reign. The icing on the cake is Jung Il-woo. He was terrific in HAECHI. If you haven't seen him in MOON RIVER / THE RETURN OF ILJIMAE, you're missing out. Kim Min-jong and Park Chul-min were memorable in their supporting roles. (I also loved his turn as Scheduler in 49 DAYS. Seo Ji-hye, currently in DINNER MATE, played the villainess. I didn't recognize her at all in CRASH LANDING ON YOU -- probably because I had been mesmerized by Scheduler, Jo Hyun-jae, and Bae Soo-bin.)

Aside: KING MAKER: THE CHANGE OF DESTINY continues to be an excellent drama. TV Chosun has picked another winner.

Per DramaWiki, NEW SECRET ROYAL INVESTIGATOR will be airing on KBS. No broadcaster has been specified for BOSSAM as yet.
https://wiki.d-addicts.com/Upcoming_KDrama

So, still 1 year to wait before Bossam, and 6 months for NSRI... I still have (too) many older sageuk in my to-watch list to bid time if I manage to get out of my slump

Based upon their respective performances in Itaewon Class and brief character description here, I would have thought to case Kim Da-mi rather than Kwon Nara.

Kinda sad that he isin't the leadas i know he can totally deliver emotional and funny...

I'm freaking annoyed that Kwak Dong-yeon and lot of young actors who grew up in sageuks and can do it in their sleep are being over looked.

Who do I need to do a 100 ritual bows to in exchange for a sageuk lead role for these talented actors?

Oops, didn't see this until after I tagged you above, @kiara. I'd join you in the 100 prostrations, but my knees are kaput. I'll have to immolate SubWeys instead. ;-)

At least we got to see Kwak Dong-yeon in IT'S OKAY TO NOT BE OKAY. Which only reminded me of his wonderful turn as warrior Kim Byung-yeon in MOONLIGHT DRAWN BY CLOUDS.

Kwak Dong Yeong will be in a musical :)

@kurama,
That's great news, even if I won't be able to see it. I'm glad he's acting on stage, and continuing to do music.

One of my faves from DRAMA SPECIAL SERIES: ADOLESCENCE MEDLEY, which has more great music, including J Rabbit's exquisite "Somewhere The Wind Is Blowing" (bul-eooneun gos):
Kwak Dong-yeong: "What Is Forgotten" (ijhyeojineun geos)
https://www.youtube.com/watch?v=C23qmffH7oo

I love this song! And the scene under the rain and umbrella in the countryside.

Adolescent Medley is one of my favourite teen drama.

Thanks for this great casting news about Lee Yi-kyung, @tineybeanie. I've been hoping to see him in another sageuk since MIRROR OF THE WITCH.

Yey! Was really impressed with him in Red Moon. Only after half way through watching that I realised he is the lion mane guy in Go Back Couple 😄

Guess it's not only me who sad over him for not become 1st lead.
I even have thought this man is good enough to get the main role in a drama with Kim Tae Ri.

My wife loves Sageuks and mysteries- so she will be watching this one.