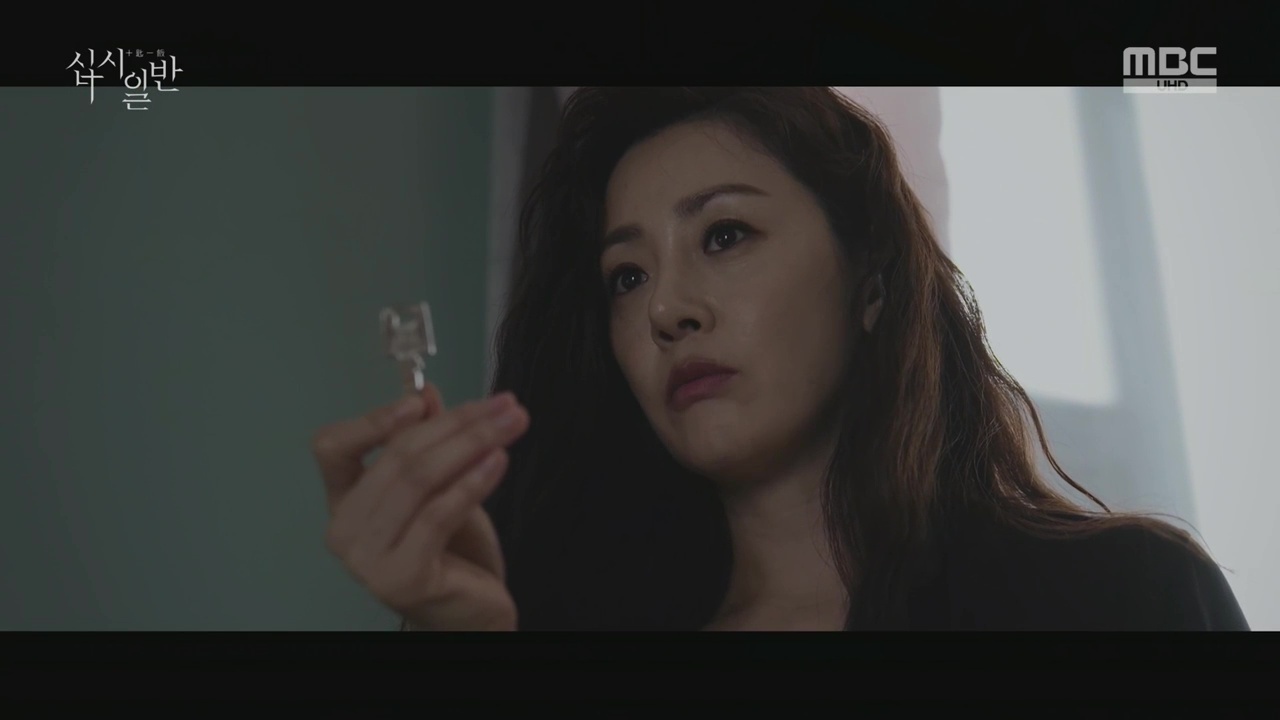 Money makes the world go ’round — at least for the family and friends of a famous millionaire painter. Who will be named in his will? And more importantly, what are our characters capable of doing to be the person that inherits said fortune? United Effort to Accomplish One Thing digs into these questions with an interesting tone of half mystery and half satire. 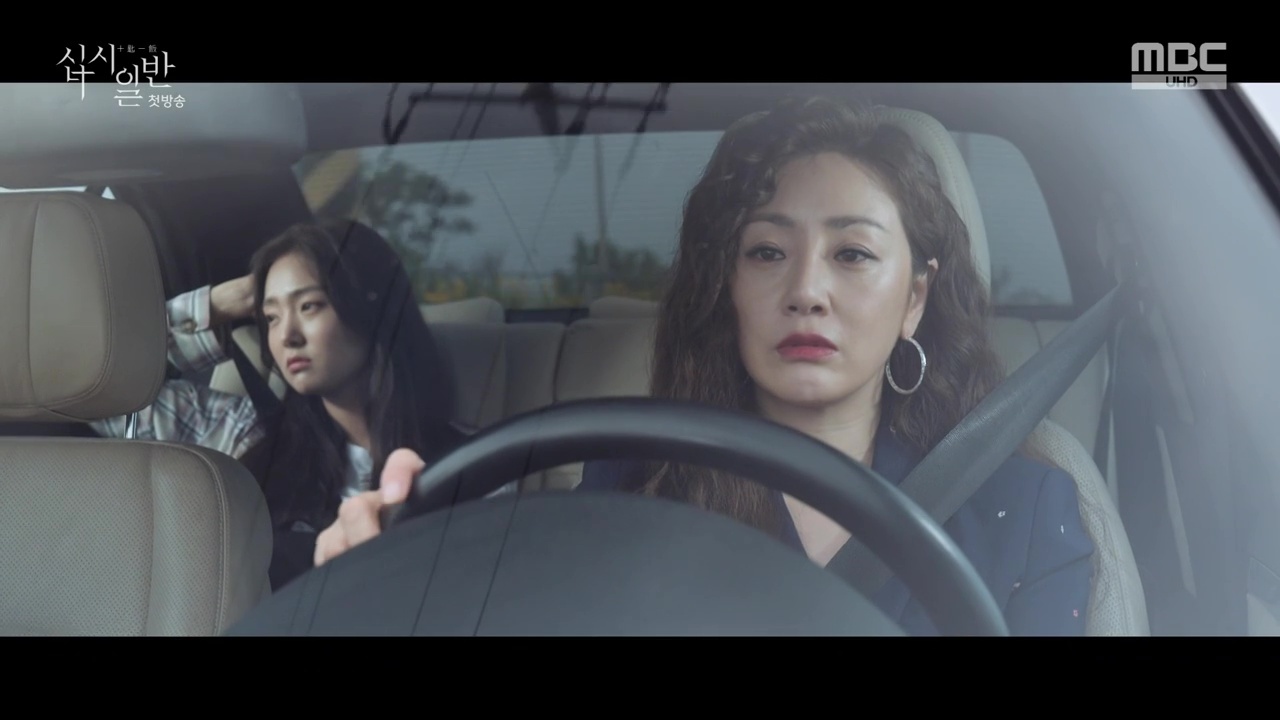 United Effort to Accomplish One Thing isn’t exactly the drama I was expecting, but sometimes that’s a good thing, right? If a Charles Dickens and Agatha Christie novel had a baby, this would be it in screenplay form. It’s full of the colorful characters that populate many a Dickens novel — especially stories where wealth and fortune are at stake, and greed is the driver of many a character.

But it also has a mysterious whodunnit edge like we’d find in an Agatha Christie mystery novel (or even the game of Clue!), where we meet a collection of characters, often thrown together under the same roof, each plotting against the other as mayhem unfolds. Because mayhem certainly does. 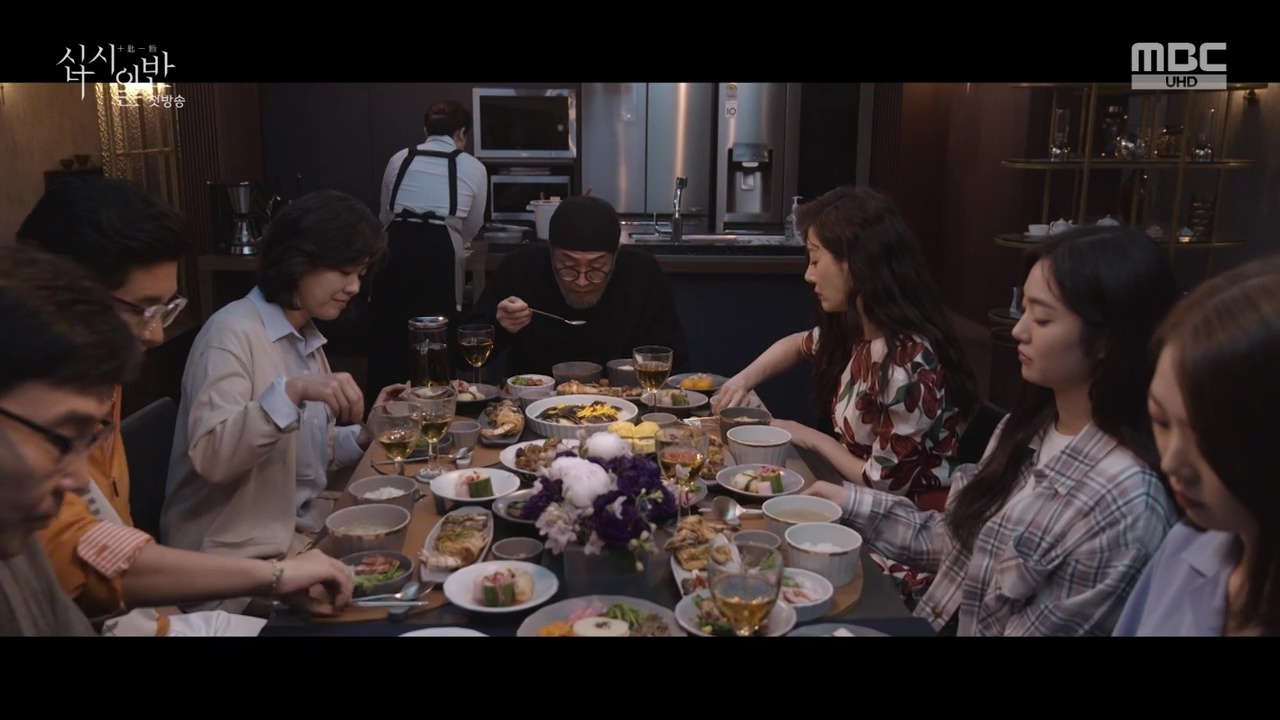 The famous, wealthy, and curmudgeonly painter is YOO IN-HO (Nam Moon-chul). He’s terminally ill, and has a fortune to settle on someone… and as one might expect, all his family and faithful friends come crawling out of the woodwork to win his favor.

At the center of our story is his past mistress KIM JI-HYE (Oh Nara), noted as “materialistic and greedy to the bone.” She’s also 100% entertaining, and Oh Nara is absolutely owning this role already, with a range of cheeky to devious to distraught. Her daughter, and our painter’s only child, is YOO BIT-NA (Kim Hye-joon). She’s the polar opposite of her mother and it’s actually a miracle they can exist under the same roof. If Ji-hye is a greedy sycophant, Bit-na is a disaffected youth with a devil may care attitude — but we also get the sense that her insouciance is covering up some deep (and creepy!) scars. 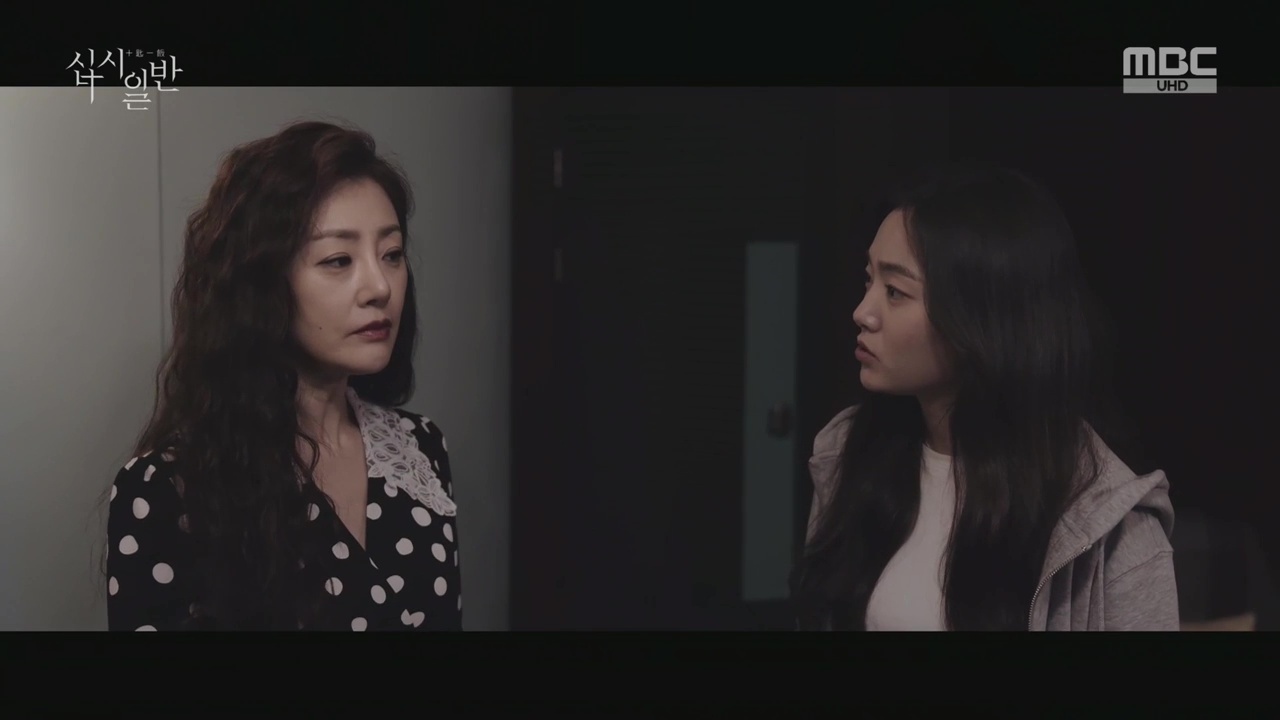 Our mother and daughter are called to the painter’s mansion for his birthday celebration (and come to stay, with a multitude of suitcases with the excuse of construction at their house) — and so are all the others that are related to him, or close to him. First, there’s his scam artist step-brother (who was just released from prison for the umpteenth time) and his daughter, who is perennially taking selfies and at war with Bit-na.

But there’s also his nephew YOO HAE-JOON (newbie Choi Kyu-jin from Class of Lies), his ex-wife (and current common law wife) JI SUL-YOUNG (Kim Jung-young), and let’s not forget his friend/agent, and the knows-too-much housekeeper — who really does seem to know too much. 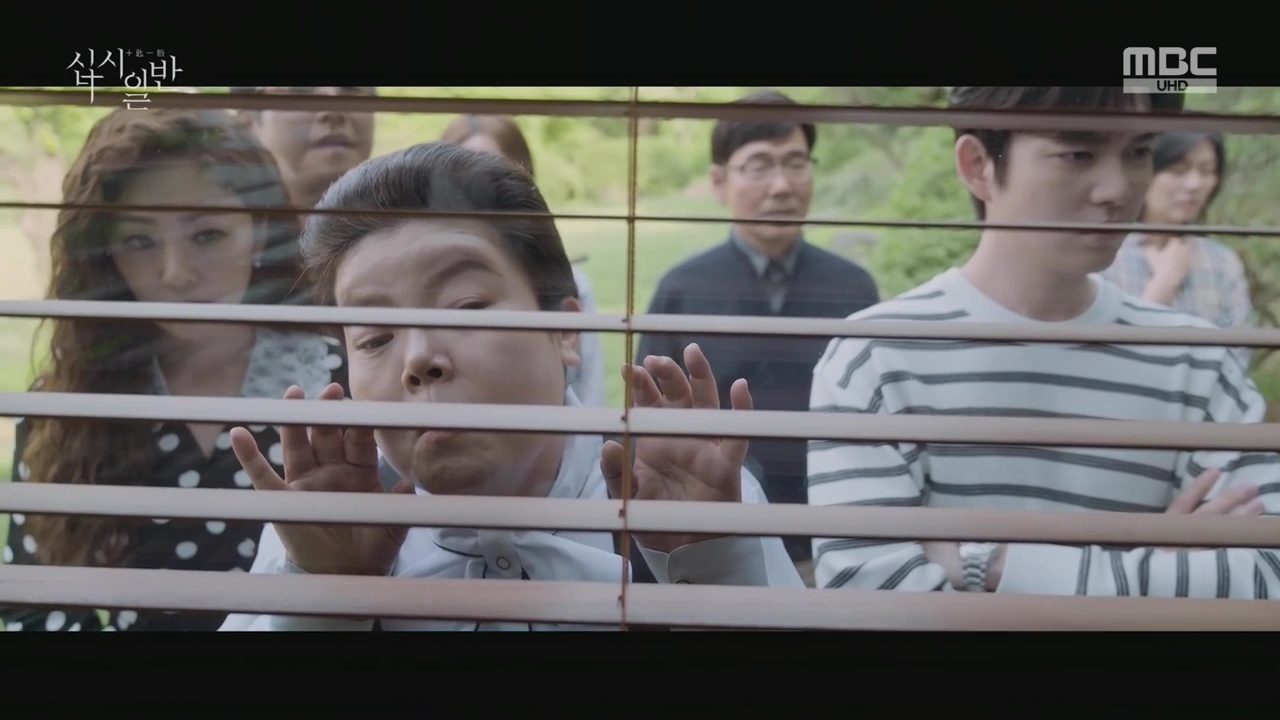 Episode 1 is the introduction to our characters, and we watch them converge at the mansion, clash with each other, and act out a painful display of feigned affection for our dying painter. Clearly there’s a lot of water under the bridge for many of these characters, but everyone is too conscious of making a good impression on In-ho to do anything too devious, right? Not really. Bit-na narrowly misses getting a massive vase dropped on her from a balcony when she’s out for a jog, and her mother wakes up one morning to a mysterious letter with instructions on how to open In-ho’s secret will-holding safe.

The story is interesting, but even better than the story is the way it’s told. The first episode is pretty straight forward, but the scenes of our characters interacting is intercut with studio interview footage. Here, our main characters answer questions about the actions we’ve just seen on screen, and it has the perfect effect for such a self-aware drama.

I really like the direction here, and between the direct address of these interview scenes, and then the actual drama, it feels very much like we’re watching a stage production — and I think that’s intentional. We’re watching actors act out a story, but we’re also watching them act out roles within the drama, like Devoted Housekeeper, Loving Wife, and Faithful Friend. Everyone seems a little too squeaky to be real. And truthfully, every single one of them is suspicious. 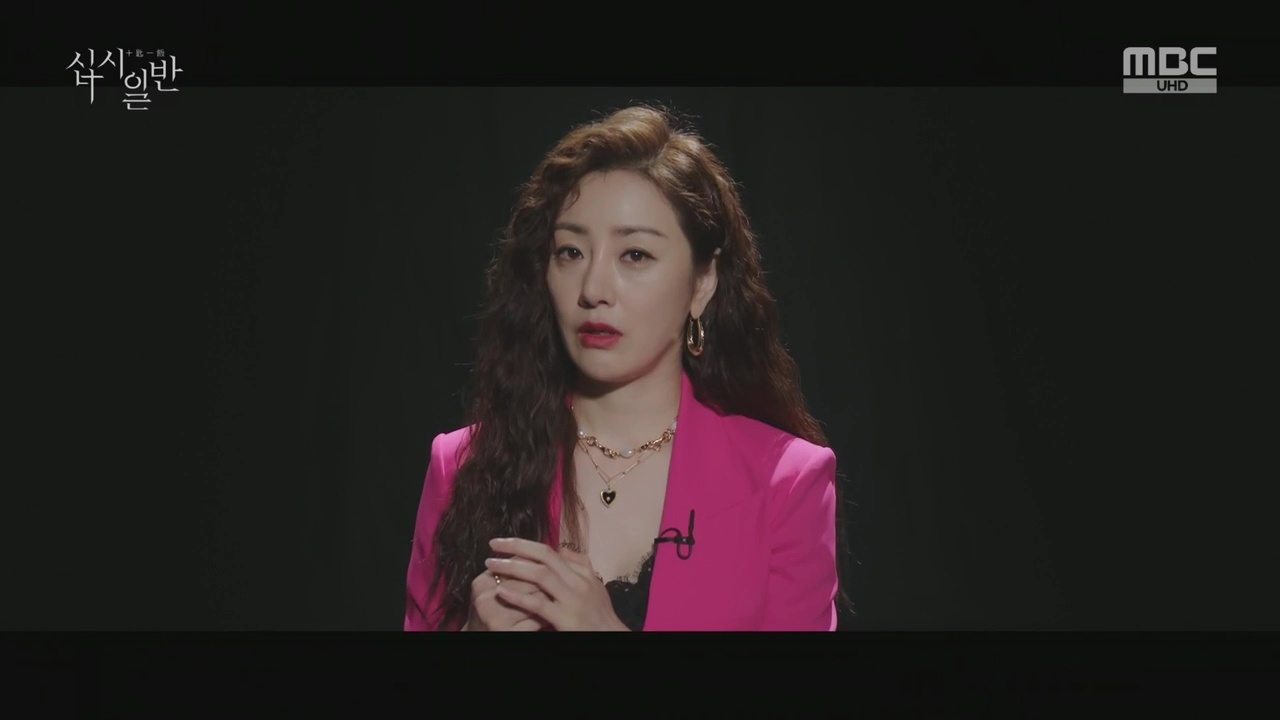 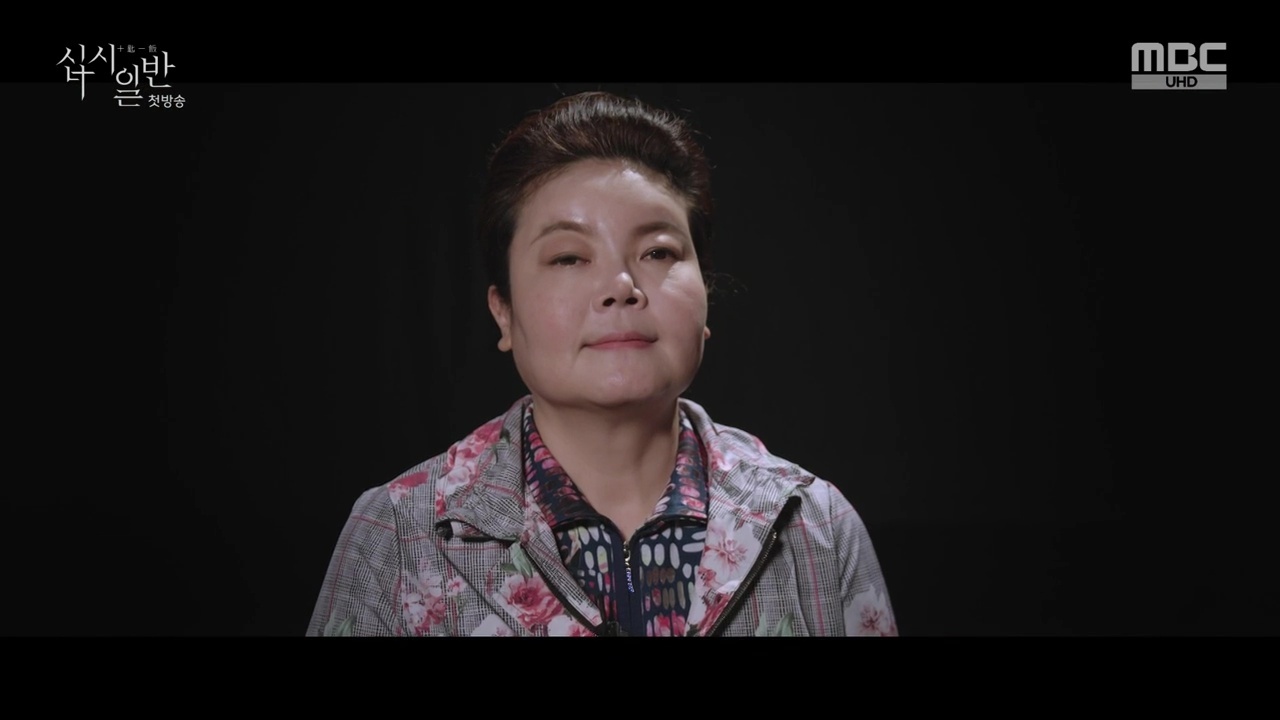 The sudden passing of In-ho is what really sets our whodunnit into motion, though. Bit-na is strong-armed into waking up her father the morning after his disastrous birthday party, but instead she discovers his dead body. He’s clearly been poisoned. Investigators quickly determine that the crime was committed by someone in the house — and just like that everyone’s dislike and distrust of each other grows tenfold.

Every character has a motive, every charactger had an opportunity, and United Effort to Accomplish One Thing is already proving high on suspense and heavy on twists! At the end of our premiere week, Bit-na is digging for evidence to prove her safe-breaking mother wasn’t the murderer, but she instead discovers a shocking truth: her father’s cancer was cured, and he wasn’t terminally ill after all. The entire thing was a ruse to smoke people out — but did it work? I feel like this isn’t the last twist we’ll see in this drama, and thanks to its shorter run, I think we’ll have a steady string of gasps before we reach our conclusion. 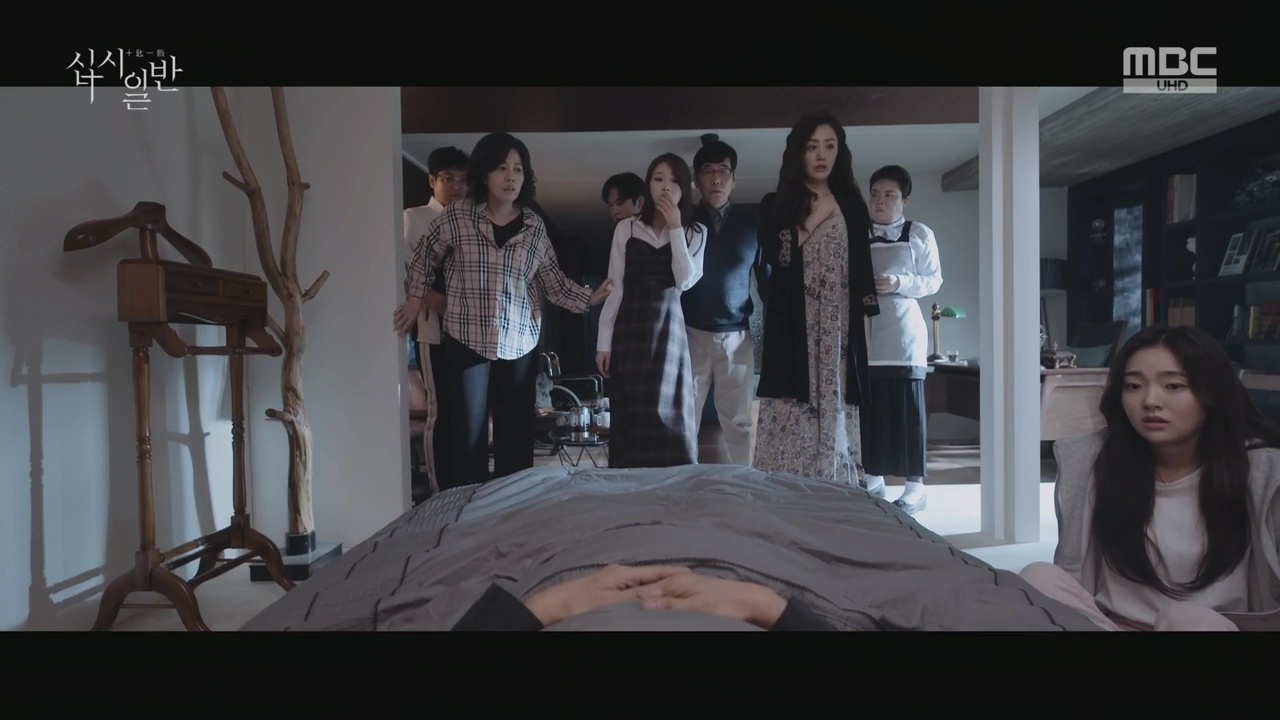 Thank you missvictrix for the fast recap. This drama sounds very intriguing and could be darkly fun. Thanks for peaking my interest.

From the moment the description of this show was released, I immediately loved the concept due to my adoration of the game Clue. These whodunnit? mysteries are my downfall and although I haven't found the time to watch these first 2 eps, I'm really excited to start it. Since it is only 8 eps, I'm expecting it to be nice and neat with the plot without (hopefully) any rushing or plotholes, but at the same time, I wouldn't mind a few more twists and turns. After all, a good game of whodunnit? isn't complete without some backstabbing or red herrings.

I didn't watch it but your description reminded me the French movie Huit Femmes ( 8 Women) : A man is found murdered in his bed and the 8 women of the house are accusing each other.

That was a good movie.

I really loved it. The casting was great.

As a Swiss who speaks French, I don't really know how famous this movie is in the world.

this really reminds me of Knives Out. a lot.
every character seems.. fake except Bitna (maybe?)
but i kinda understand Inho's, imagine all your family members wishing your death every day because they need your inheritance.

☹️ How annoying. “Not licensed for your region” in Viki, boooooo.

Not on Netflix either.

Actually we all stand somewhat corrected: In my region Viki does have it as CHIP-IN. How Viki came up with that title is a mystery to me (pun intended). Viki titles are often wildly off-as in this case- although in the case of INTO THE RING it is actually a vastly more appropriate title than MEMORIALS.

Woohooo! Thank you very much!

Another drama with a wildly different Viki title: "CHIP-IN", which competes with 'Meow The Secret Boy' for most perplexing title change. I watched the start last night then ran out of subtitles. I'll go back to this later. it looks like an entertaining watch.

I like this drama. So far so good!
It should be a tight plot since there are only 8 episodes.

Kim Hye-Jun was great in Kingdom.
I'd like to see how her character is going to play out in this drama.

Thanks for the recap! I wasn't sure if I'd make time for this one but after the first episode I might have to. I agree with the Knives Out similarities although so far Bit-na makes for a more apathetic protagonist.

I can see how they got to "CHIP-IN" as a title although I enjoy how dramatic and funny "United Effort to Accomplish One Thing" is.

Watched the first 2 episodes and they’re okay.
I’m still suspicious of everyone except maybe Bit Na but she’s not exactly in the clear either!

You had me at Charles Dickens, @missvictrix. I had no intention to watch this drama, but now how can I resist?

I had no clue this drama even existed. I should come to db more often 🙃

It's sad that it's going under the radar because it's really good. Although, classic cozy murder mysteries are not usual for k- dramas.

I just finished this (well almost-but 80% recaps for the last episode had to be good enough) and really enjoyed it. It was an interesting take on a cozy, with lots of character surprises, even if the master mind was not that surprising. Most interesting, the wrong desires of any character are not realized.