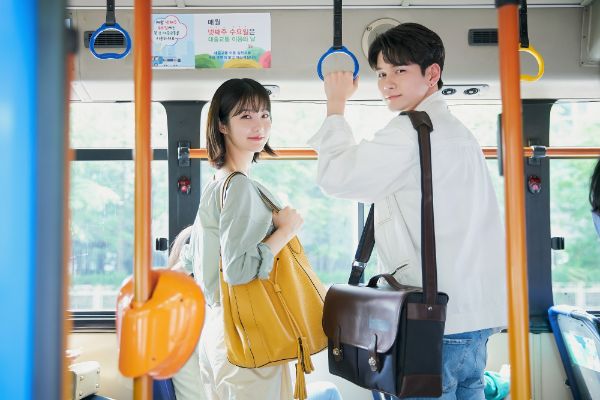 Ong Sung-woo (A Moment at Eighteen) and Shin Ye-eun (Welcome) play friends who have danced around a potential romantic spark for over ten years. Shin Ye-eun’s character, Kyung Woo-yeon, is a calligrapher who has had a long-time one-sided crush on Ong Sung-woo’s character. He is a capable, but narcissistic photographer named Yi Soo.

Woo-yeon is usually single-minded and stubborn in her pursuits, but for an unrevealed reason, she’s had to hide her feelings for her first love Yi Soo. He’s just realized that he has feelings for her, just as she’s decided to give up on him. 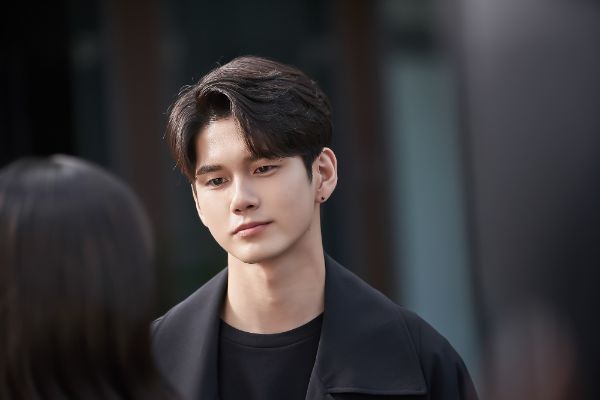 The last leg of the main love triangle, Kim Dong-joon (Chief of Staff 2) plays a sweet, wealthy man who appears before Woo-yeon as if by fate. He feels a connection to her because he also has been hurt in the past by his first love.

With his characteristic boy-next-door charm, Pyo Ji-hoon a.k.a. P.O. (Hotel Del Luna) plays the owner of a pub, who is good-natured, passionate, and loyal to his friends. Whereas Ahn Eun-jin (Hospital Playlist) has been tapped to play a realist and strong woman who wants to live an ordinary life, despite her poor family background. She appears to be easy-going but can send blunt arrows of truth flying with a soft, calm voice. 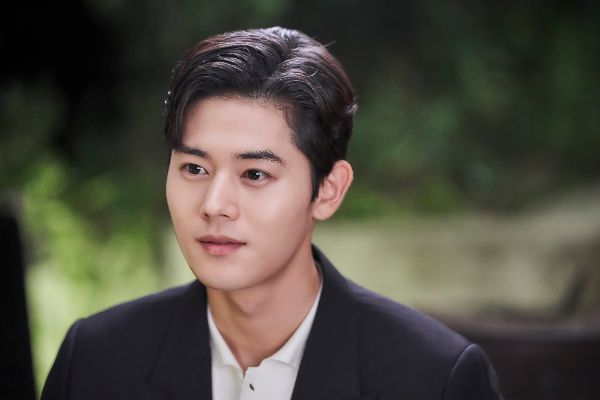 She’s been in a ten-year-long relationship with Choi Chan-ho’s (Hell is Other People) character. He is an ethics teacher who comes from a long line of educators. He’s the only boy of four children, so he’s been influenced and spoiled a lot by his sisters. His dream is to be Ahn Eun-jin’s character’s husband.

Finally, there’s Baek Soo-min (My ID is Gangnam Beauty) who plays a prosecutor that has difficulty with romantic relationships. She’s Woo-yeon’s best friend and a genius problem-solver. Although she’s read all the books on romance theory, she’s yet to actually have a boyfriend. 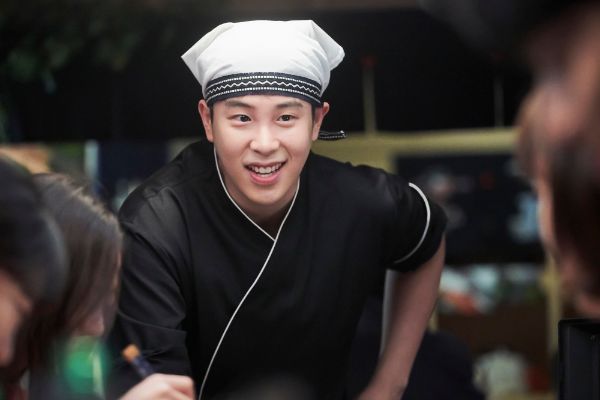 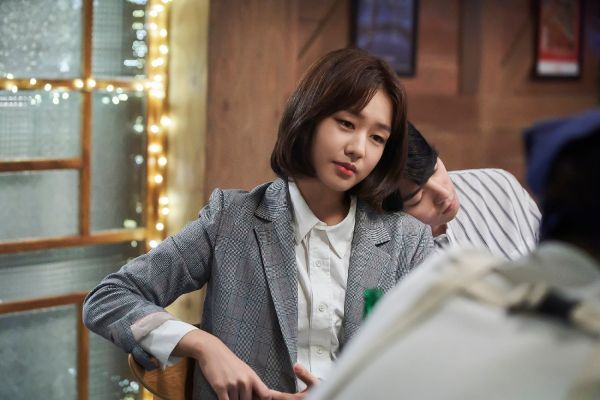 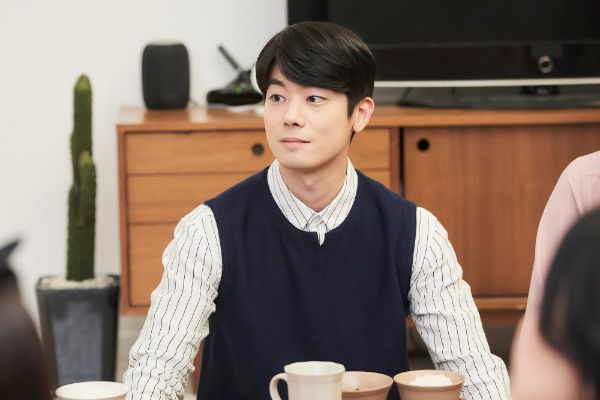 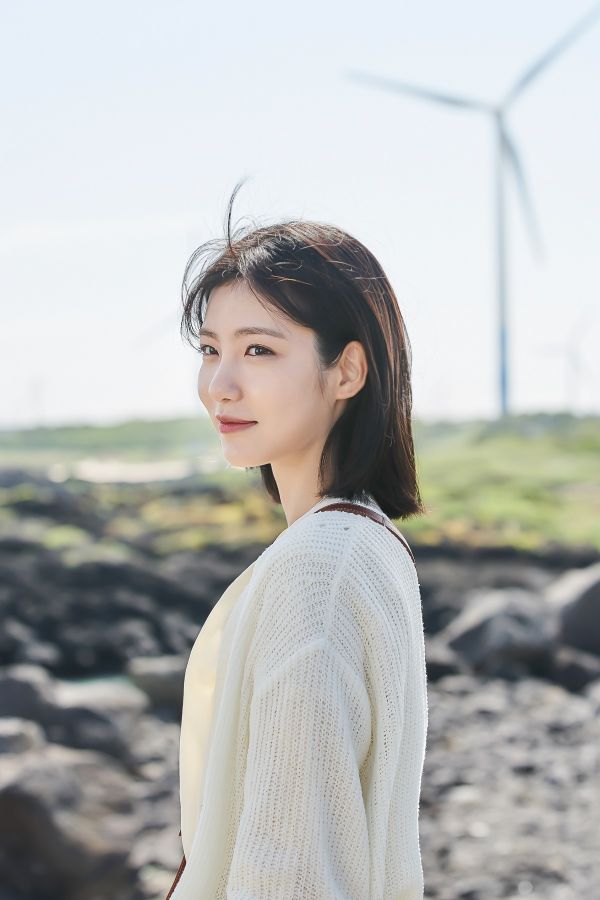 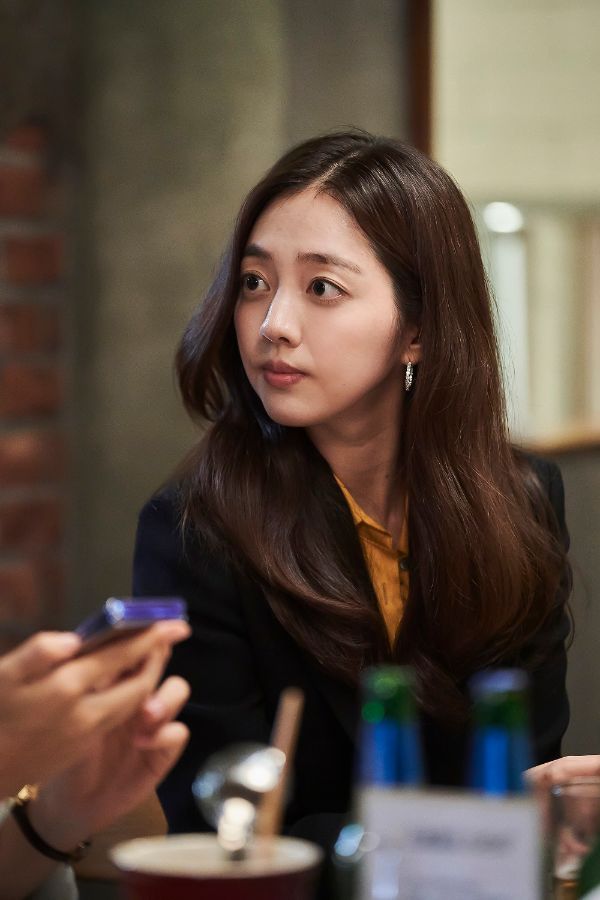 For all I know, this will be well-executed and perfectly enjoyable, but it is especially hard (even among kdrama genres) to avoid the feeling that all these young-thirties and under rom coms are produced on an assembly line, using the same plot and character templates. For me, the story and actors in this show will likely blur together with ones preceding it and following later.

This 200%!!! It boggles my mind on how rom-coms with 20-30 yr olds are mostly cliche filled and trope filled. I mean you know the standard break-up by Ep 12 and then noble idiocy by Ep 14 and get back together the last 5 min of Ep 16 (Finale). Rom-coms should be 12 ep. since we are watching for the journey of the main couple most of the time.

Plus the fact that these youth dramas cast 30-40 yr olds in main is also funny. They should make a college based drama: Either remake Felicity or a show from their own country: Love Story in Harvard/Attic Cat *But a fresh take on it.

It may still be fun and watchable but I have to agree with all of the above. There has just been one recent exception to the standard plot, etc. and that is BACKSTREET ROOKIE- which has stubbornly refused to follow the standard story arc- but that may be because of a decision to remain true to the webtoon it was based upon, so even that is just a stroke of luck- but given its very substantial audience share you would think that the other rom-com writers would get a clue.

A lot of idols : Wanna One's Ong Sung Woo, ZE:A's Kim Dong Joon, Block B's P.O. I wonder if it was a choice or just a coincidence.

I laughed when reading your comment because when looking at the photos of the cast, the thought struck me that this might be more interesting as an anime - with the cast's generic good looks, they can be easily anthropomorphized as small rodents like cute mice or rabbits.

How does one have a career in calligraphy? I can't even get hired as a graphic designer, lol.

You should read Barakamon! A nice manga about a callygraph who ends up on a small island.

Same. I was wondering how that is possible

Oooh, this sounds like easy fun - I could pass on a love triangle, but the characters sound interesting.

I love the cast. I don't know the writer but I hope jtbc picked a good one.

Is this writer, Jo Seung-Hee, the Jo Seung-Hee of Thirty But Seventeen fame? Because if that's the case I'm all aboard. Granted, she also wrote She Was Pretty and High School King of Savvy, which both endorsed pretty problematic lovelines, but at least the latter was pretty hilarious. I really liked My ID is Gangnam Beauty, and love this cast (give Ahn Eun-jin a lead role, pls, dramaland), so here's hoping it turns out well!

She's a rookie writer. This is her first drama. If I'm not mistaken, she won JTBC's 2017 script writing contest.

Oooh okay, even better! We love a newbie!

I am in a mood for simple romance...with just enough feels...that I don't have exercise my brain or logic too much...will look out this one

PO is permanently on my very short S list but I will give it a try.

It is polite shorthand for a list of people who have permanently earned my ire and disapproval. In this case because of his abandonment of his part in the drama LOVE ALERT (aka FLUTTERING WARNING) when that drama was well underway- effectively ruining a decent rom-com that until that point was actually better than expected. Even though it was not a major part neither was the part that he jumped ship for (a minor role in ENCOUNTER). While I admit that he did a good job in HOTEL DEL LUNA that still does not mean that I have to like him. In any case it certainly will not stop me from watching this show.

Ah shit list! Gotcha.
Didn't know PO was a jerk like that. I also heard decent things about Fluttering Warning. Did him leaving the drama midway have much impact on the overall story?

Ok I'm in the mood for a breezy romance sk I'll be watching this. I didn't watch My ID is Gangnam Beauty but I heard people praise it so that's a good thing. Plus there is nothing better than watching a narcissistic guy fall pretty hard

Honestly, narcissistic guy falling hard and healthy, respectful lovelines (like in MIDiGB) are two of my favourite things to see in my dramas, but usually they tend to be pretty mutually exclusive, so fingers crossed! 🤞🤞

MY ID IS GANGNAM BEAUTY was more than just a rom-com- it was very much a show about family. In any case it is one of the reasons I will give this show a chance.

I have loved every character that Ahn Eun-jin has played - from her traffic cop in Possessed, to the legal secretary in Prosecutor's Diary (as soon as I saw it was her, I knew she was going to be kick-ass) to the doctor in Hospital Playlist - so I think she's got a great eye for picking parts.

Based purely on that, I'm going to check this out.

Her character in Prosecutor's Diary was great and I was thinking of re-watching it purely because of her romance plotline.

it's been ages since we last saw ong in a moment at eighteen, my heart is ready <333333

Gaaaa! Ong’s second drama. By the way JTBC finally confirmed the English title and it is More than friends.

Anyways, I love my simple fun romcoms and the love triangles. Just keep them simple, fun, engaging and fun. Looking forward to this one.

I've been so looking forward to this drama since I saw A Moment at Eighteen.
I loved Ong Sung-woo's acting there.
He was fantastic as a high school student Joon-woo which he earned his Baeksang Best new actor nomination for.
And I really liked P.O in Hotel Del Luna.

I can't really picture Ong being a photographer though... Not only a photographer, narcissistic one..?
Anyway, I'll definitely watch!

Excited for Ong Seongwu's second drama. He was good in Moment of Eighteen so I'm looking forward to seeing him tackle romcom. The plot isn't exactly new but I'm not expecting something too highbrow so I hope they at least make this fun.

The character descriptions aren't much to write home about, but the breezy tone of the first teaser has me hooked. I liked My ID is Gangnam Beauty, so fingers crossed the PD brings that same touch to this show.

Side note: This show... needs a different title. Trying to search it up keeps bringing up news of the coronavirus.

I just read somewhere that the early working title was 'Number of cases to go from friends to lovers' and that makes it sound much more like an ensemble piece than a main couple love triangle. Now I'm actually more interested in this. (and Ahn Eun-jin of course)

How can a show about people in their thirties be a "youth" drama?

The main leads story will start when they are 18 years old till they are 28.

It looks like this will be on Viki. Yay!

I am excited! Just look at Ong Se
ungwoo's expression in that picture!

I remember starting [email protected] to poke fun of the ridiculous covering with book under rain scene, & fell in love with the ML's acting! He's going to be fantastic.

I also like everyone else in the cast, though I'm unsure about the FL's acting capabilities. She's decent, but will she be able to pull her weight? MIdGB's director doesn't give me the best confidence in that.