Script reading for KBS rom-com drama If You Have an Affair, You’ll Die 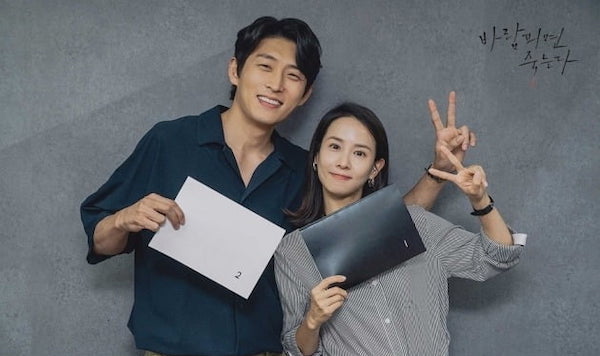 Just coming off his first main lead role in a drama, Go Joon (Oh My Baby) is jumping into his next project with Parasite star Jo Yeo-jung. This upcoming rom-com drama is about an older-woman-younger-man couple who started their marriage with a contract that literally stated the drama’s title: If You Have an Affair, You’ll Die. The first script read was held in June, and the production team is already raving about the killer teamwork displayed.

Jo Yeo-jung plays a housewife and best-selling crime novelist who fantasizes about different ways to kill off her characters all the time. Her husband is played by Go Joon, and his character is a sweet lawyer who specializes in divorce cases. Despite their “cheat-or-die” contract, time has caused guilt and misdeeds to accrue in their relationship. Additionally, rookie actors Kim Young-dae (I’ll Find You on a Beautiful Day) and Momoland’s Yeon-woo (Touch) are said to have prominent roles in If You Have an Affair, You’ll Die.

If the housewife-crime aspect reminds you a little of Mystery Queen, it’s actually because Lee Sung-min, the writer on this project, wrote both seasons of that delightful gem. Both writer Lee Sung-min and PD Kim Hyung-seok (Oh My Venus) were at the script read and thanked the cast for gathering.

PD Kim Hyung-seok said, “I’m so grateful that such great actors have gathered today. I’d like for us to overcome COVID-19 together and create a classy, fun production.” Writer Lee Sung-min added, “I’m excited because the characters I dreamed of in my head are standing before me today.” The KBS drama center department head Lee Gun-joon also popped by to say, “This is a highly-anticipated production for KBS…I hope If You Have an Affair, You’ll Die will have as sensational ratings as its title is sensational.”

KBS Wednesday-Thursday drama If You Have an Affair, You’ll Die will begin airing in October. 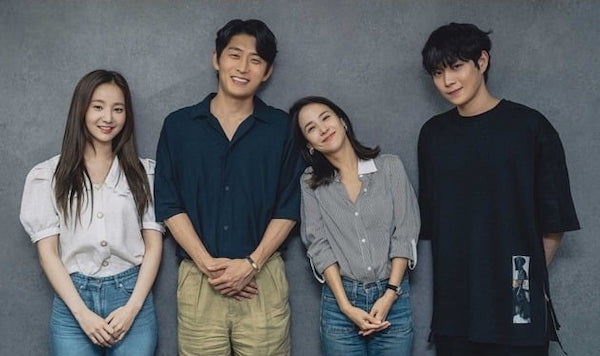 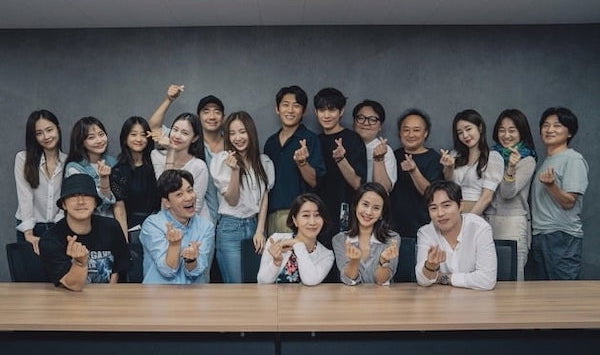 I have a minor quibble with the writer - I only remember one delightful season of Mystery Queen.

I loved the 1st season but kept on yawning and eventually dropped the 2nd season of Mystery Queen. Hope this one has the magic of the 1st season.

I hope Go Joon surprise me again. Not expected to fall for him in Oh My Baby at all.

“This is a highly-anticipated production for KBS…I hope If You Have an Affair, You’ll Die will have sensational ratings...”

😂 no pressure at all.

No pressure is right.

Sensational ... Probably more realistic to hope for modest, but I guess that would be a mood killer.

I wonder if Kdramas will be still produced. There are more and more COVID cases in the entertainment business.

Yeah esp. since cases have gone up to triple digits and total cases amount to almost 1,000 (that we know of rn :/ )

Already some productions have been affected. To All The Guys Who Loved Me stopped production after one of their cast members got Covid-19 :(

I like the idea, and I think I love to see all the possible deaths our FL can imagine.

Ha! I hope the show will exploit the FL's imagination—that would be so much fun!

Mydramalist hasn't used the Older Woman/Younger Man tag (yet) for this show. I'm curious if the FL was actually cast as older than the ML; he's is 2 years older than her IRL. But the supporting characters are certainly young and dewy.

While this Japanese movie has a different flavor, I was reminded to put When I Get Home, My Wife Always Pretends to be Dead (2018) on my to-watch list.

I'm sooo looking forward to this!
I love Go Joon and the story sounds interesting.

It will air after Do Do Sol Sol La La Sol.
Hope it will be on Netflix also!

Jo Yeo-jung alone is worth checking out this show.

She's a full fledged movie star rn in Korea after Parasite, so her going to do a KBS Drama, seems like a step down no offense lol.

She did another KBS drama after Parasite: 'Woman of 9.9million won' and the ratings were good (around 10%). I see no problem that she's returning to dramaland, this new character actually sounds like an extension of her character in Parasite, though maybe less rich but still richer than average 😅.

It just that KBS dramas recently are not good for the most part imo. I will say that Fall dramas tend to do better ratings wise, so it might do similar numbers. She is a much better comedic actress than dramatic, so having this be a comedy should be fun!

I do not think Korean actors have the old Hollywood stigma that movie stars do not do television. That American wall was broken when cable television started doing innovative programming and paying well.
Many stars, such as Son Ye Jin, bounce back from movies and television dramas. For most actors, it is the script and project that keeps them working since they are never guaranteed in the future another one.

go joon! this sounds interesting! i hope it is good. not as familiar with the lead actress but hope to after watching this

She was great in Parasite.

And in Beautiful World and Woman of 9.9 million Won.

She was great in Perfect Wife.

aw the pics, Jo Yeo Jung is so prettyyy..I love her and Kim Kang Wo in drama as main leads, both in Handeu Lovers and Woman of 9,9Billion,,so I don't know whether I'm excited to see her with Go Joon in this upcoming one :p
I don't watch Oh My Baby but I heard some beanies love Goo Joon in that drama so I might check this one when it airs in Oct,,and the comment about sensational ratings from the KBS guy, really, no pressure at all for the cast and crew lol

Yey for Go Joon, aka Kon-Tiki hoarder. He's just so good in Oh My Baby. Hope he keeps up the momentum.

Yay for another weekly dose Go Joon! Hope it'll be more of an ensemble cast, the supporting line-up is quite hefty.

Looking forward to watch Go Joon! I discovered him in Oh My Baby. 😍

Isn't that Oh Minsuk in the white shirt?

So this time it is her husband who is the divorce lawyer: I first saw Jo Yeo-jung in the rom-com (with an element of mystery) A DIVORCE LAWYER IN LOVE. And we have seen in in a completely different role in PARASITE. She is good. If the scriptwriter can deliver a good story this show should be fun.