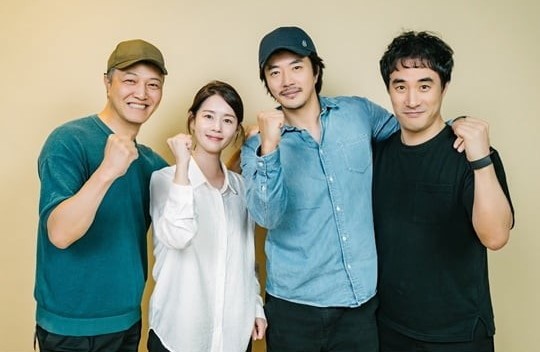 The cast and crew of SBS’s upcoming Fly From Rags to Riches were recently gathered for the drama’s first script reading and stills have now been released.

The drama is about two men who team up in order to fight against social injustice and save innocent people from being wrongfully convicted for crimes that they had no part in.

Leading this cause is Kwon Sang-woo (Mystery Queen 2), who plays a public defender named Park Tae-yong. Although he only has a high school diploma, he more than makes up for his lack of credentials due to his great heart for other people and passion for serving justice.

His bickering partner is Bae Sung-woo (Live), who takes on the role of reporter Park Sam-soo. Similar to Kwon Sang-woo, he is driven by a zeal for social justice and is a strong and persuasive writer, though he can be awkward in person.

Written by Park Sang-gyu and directed by PD Kwak Jung-hwan (Chief of Staff, Miss Hammurabi), SBS’s new Friday-Saturday drama Fly From Rags to Riches is currently set to air towards the end of 2020 following Alice. 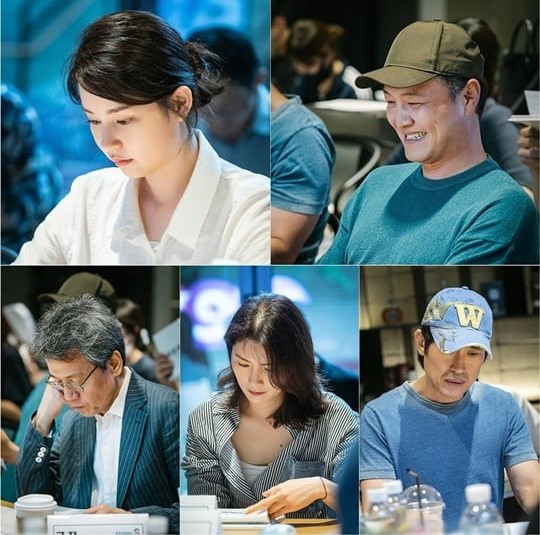 i would have finished miss hammurabi if not for the acting but i loved most of it cos it was so over the top and obvious and that was fun to me. taking on stuff in an overt way. people foudn it preach-y and that was great. anyways, i'm always down for fighting injustice and an ensemble so hey. hopefully this is cool and fun. also i love bae sung woo

POPS OUT OF COFFIN

I'm sure he'd kill this. Love seeing two of my favourite old men go at each other's throats while being funny

I felt like it was a feel-good show with a crime a bit with a bit of humor. I just might forward to see this.

sounds fun, more lighthearted and the cast is great.

I love Kwon Sang Woo. He's a great actor. I'll give this drama a shot because of him.

Will check this one out, for sure! I really liked Bae Sung-woo in Live. His character arc was one of the ones I enjoyed the most, and just everyone else in this is amazing.