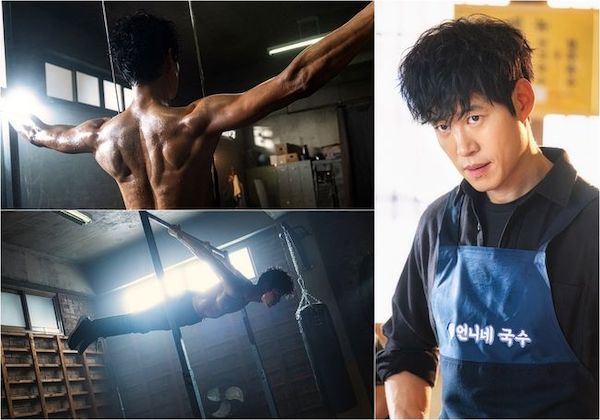 Who knew that Yoo Joon-sang (Graceful Friends) was hiding the body of a beast-dol under his sweet ajusshi exterior? Webtoon-based fantasy action drama Amazing Rumor has released stills of its demon hunters, played by Yoo Joon-sang and Jo Byung-kyu (SKY Castle, Stove League).

The original Daum webtoon is so popular that it boasts over sixty-five million views and counting. In it, demon hunters called “counters” pose as noodle shop employees, while capturing any evil spirits that manage to wreak havoc in the mortal realm. Jo Byung-kyu plays the titular kind-hearted prodigy demon hunting student “Rumor,” who has the learning abilities of a human (or I guess spirit) sponge. In the stills, he’s sporting his twinkling eyes and trademark broccoli hair.

Yoo Joon-sang plays a counter that has Hulk-like super-strength and 3% body fat. With his strongman abilities, he wins in any contest of physical strength. He’s a veteran counter of seven years, and these stills show his muscle-by-muscle transformation into his super-strength self. Together, Yoo Joon-sang and Jo Byung-kyu work with Kim Se-jung (Let Me Hear Your Song), Yeom Hye-ran (When the Camellia Blooms), and Ahn Seok-hwan (My Wonderful Life) to suppress the demons seeking immortality by invading the human realm. 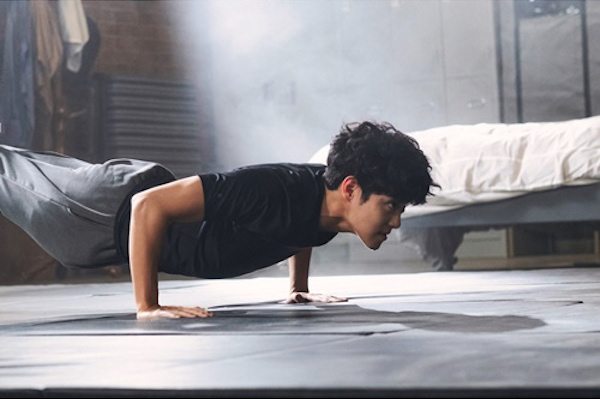 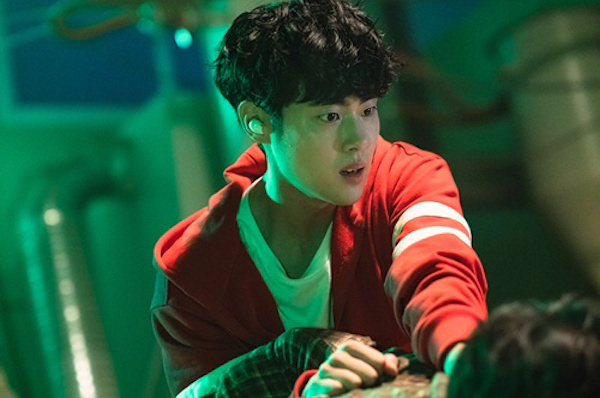 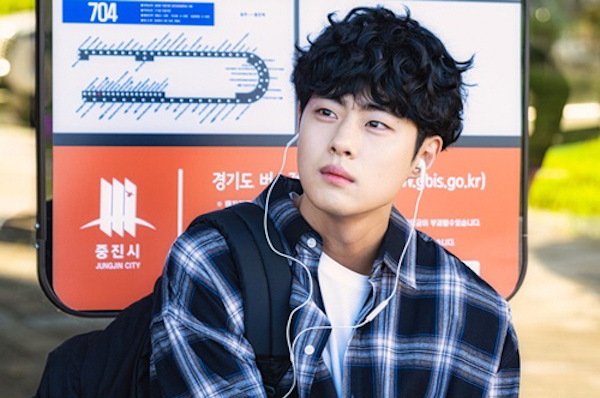 I could never dredge up any interest in manga or manhwa, and I know nothing of webtoons. In terms of originality, tone and quality of content, are Korean webtoons comparable to American comic books or graphic novels, or are the closer to paperback genre fiction like romance novels, Westerns and thriller series?

I kind of think webtoons are basically a little like a storyboard? In that there can be a use of viewpoint / angle, and panning in. But some are better, some are worse. Korean manhwas I think, the better ones, treat each page as an illustation - not necessarily like a shot in a scene, but a composition in itself.
but then, the pages may run like a film, also. well can´t generalize, there ae very diffeent types of comics. But yeah I think maybe Manhwas have more of this artistic appoach.

Webtoons have a different economic model than Manhwas. They're usually published weekly and the graphic quality is usually lower for lack of time. This being said, some are visually interesting though the fact that it's destined to be read on a screen is an important limiting factor. We see the world in "widescreen" not "vertical screen" and action scenes in webtoons are challenging. Also as mentionned by redfox, the composition is different. In webtoons, you compose one image and than the next, in manga, manhwas, comics (US or Europe) composition also take into account the medium. It's not what's in a single panel, it's also how all the panels on a same page or double page are arranged together. Mangas in particular have taken that to a whole new level, I've yet to see a manhwas that manages to pull this off, though I'm sure they exists somewhere.
Also, the difference is that unlike manhwas, only the extremely popular ones get published which means that as it's not costly: there's a whole lot more of webtoons out there... and some of the art can be pretty awful all the while being popular series. Manga authors published weekly also have assistants but, I'd argue that the graphic quality is usually higher. Comes from the fact that they're working in black and white. If you work in colors (though some webtoons are in black and white), mistakes, errors and texture discrepancies are more visible. It also take more time to work in details even when you are experienced. Most webtoons are in flat colors i.e no variations on colors. I'm not a US comics reader but I've read some and it varies, same with european comics.
So basically, I'd say it's just as varied as any other genre, it's just that there are more bad available than good given how cheap it is to upload it online. I've stumbled upon some extremely well drawn sport webtoons on Naver in colors with variations in values, tones and textures and apart from some panels which action were limited because of the verticality of the screen ( I remember reading a bike scene vertically once, the author had drawn two bikes competing again each other and he didn't bother, he drew it than turned it vertically), it had absolutely nothing to envy to its paper counterpart.

In terms of quality of plots though, I don't think you can make a judgement based on the genre. Whether we're talking about US comics, mangas, manhwas, webtoons, or european comics... It's just as varied as what you would find in the film industry or in literature.
It's just a matter of you liking the medium or not.

As far as I'm concerned, I've got to admit I'm not too fond of webtoons. Though I've started to read some a couple of months ago because I found it was an easy way for me acquire vocabulary in Korean. I've yet to warm up to the genre though... It's just not the same as reading a book though.

Uh, as someone who grew up reading American comics, got into Manga & now web comics; alot of the big differences I'd say come down to structure based on the medium they're made on. But tonally I'd say they're closer to American comics, mostly like the smaller imprints like Image, Vertigo and Dark Horse.

And I'm not sure if I fully understand the last part of your comment. Are you asking if story & writing wise are they the same as the books sold by cash registers in grocery stores? I mean the format & genre doesn't really equals the quality of something in my opinion, but I'd say like anything else it's hit or miss. I've read some really good interesting web comics and some duds.

Not quite ready for yet another demon hunter show. It seems like originality is in pretty short supply these days (and not just in Korea - in the US 5,493 super hero movies also gets really tiresome).

Never thought I would be interested, but something about the concept intrigues me. Hmmm....

Um wow at Yoon Joon-sang's body :O I remember him as the hot lifeguard in In Another Country. Damn at his body lol.