This is what I’m talking about! Revenge plots with secret and complicated relationships are my jam, and Get Revenge is just that. The TV Chosun drama hit an impressive 4% after its opening week, and I guess that means I wasn’t the only one that found this drama not only entertaining, but a delicious expression of the genre. 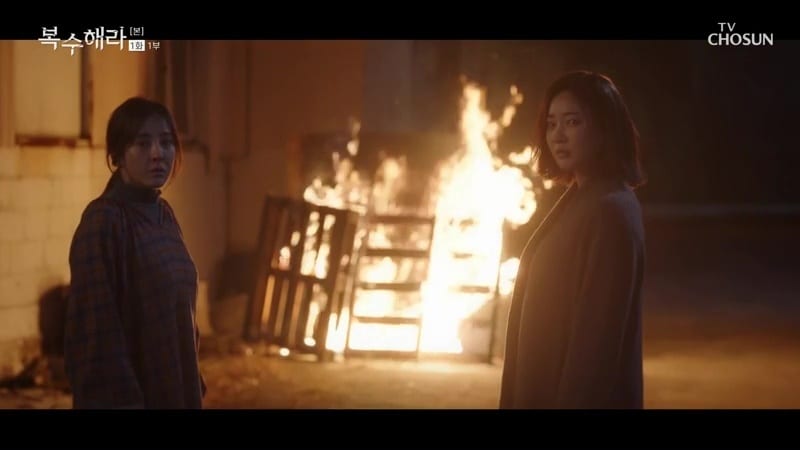 Like many a revenge story before it, Get Revenge opens with a confrontation scene that’s full of fury and flames (literally). It means nothing to us now, but I’m sure it will later, after we’ve watched the plot play out over the course of the drama. Why do dramas do this anyway? These no-context climax scenes are meant to hint to us just how high the stakes are, and just how crazy it’s going to get — and then, theoretically, the calm waters of a story’s beginning hold even more of a contrast.

That’s exactly what happens in Get Revenge, because after its fiery intro, we start at the beginning of our story. Our heroine in KANG HAE-RA (Kim Sa-rang) is a top influencer and celebrity. In the past we’re told she was a hard-working investigative reporter, but she left her position when she married top celebrity LEE HOON-SUK (Jung Wook). They’re society’s golden couple. 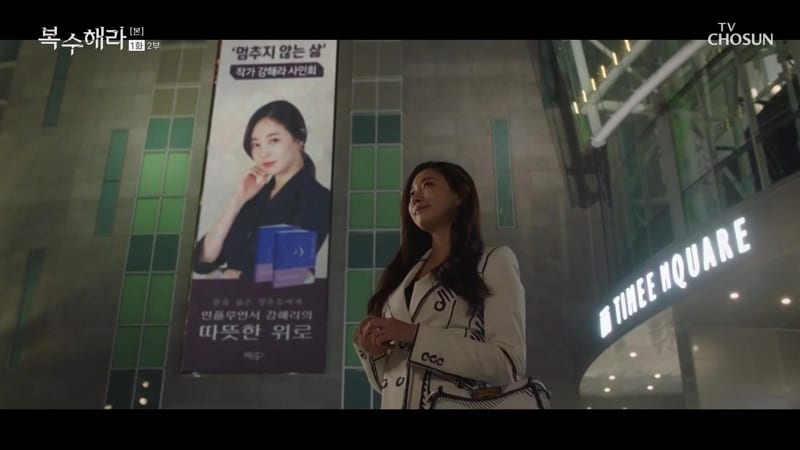 But all is not golden with said golden couple. While we’re watching one of Hae-ra’s live broadcasts on skincare and makeup, we learn that her sheet mask is hiding a huge bruise on her face. Flashbacks show us quite clearly that her all-too-perfect husband is violent and abusive, yet the two continue to keep up this elaborate facade of a marriage.

While I don’t really like Hae-ra’s public persona very much, the drama does a good job of showing us what lies beneath her celebrity exterior: not only a marriage full of abuse, but a tragic childhood where she and her mother barely survived day to day. In short, she’s the sort of archetypal heroine that’s easy to root for. She’s suffered but made it to the top; she’s dealt with adversity but doesn’t have a victim mentality — and also, she’s full of fight. 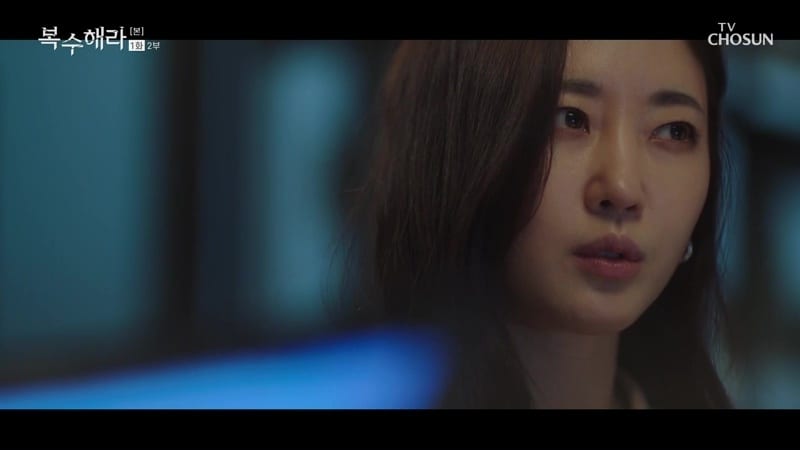 That fight is called up pretty fast, because Hae-ra quickly gets pulled into a fake sex scandal. We know her husband sucks, but there’s a cute hoobae around Hae-ra that seems to have a bit of a crush on her. Over the course of an evening, he helps when her shoe breaks (yasss, trope!) and treats her to BBQ to congratulate her on her new book. This quickly goes downhill, though, and she wakes up the next morning in a hotel room with a “sex scandal” video breaking the internet (and her and her husband’s careers).

Within a day, Hae-ra goes from society’s queen to penniless adulteress… except she has no memory whatsoever of this scandal, and when she sees the video even asks incredulously, “That’s me?!” If you can’t imagine yourself doing something, maybe there’s a chance that you actually didn’t? Hae-ra is a smart cookie and soon catches some snags in the otherwise airtight fake scandal. 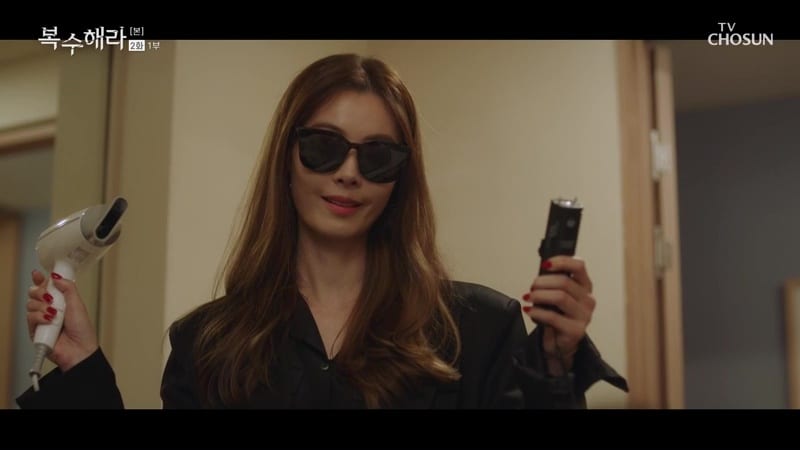 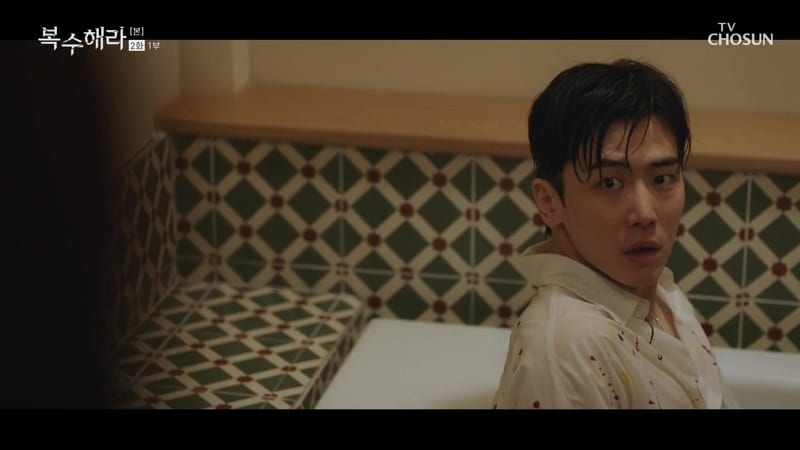 She teams up with a weird private eye played by GU EUN-HYE (Yoon So-yi), and these two women are even more entertaining together than apart. I’m happy to see Yoon So-yi again — she was great in An Empress’s Dignity, but I’m loving her here as this quirky, ballsy, and totally awesome detective-for-hire. She and Hae-ra make a fun and unexpected team.

They also make a powerhouse of a team, and unravel the fake scandal plot really fast. Frankly, I was expecting this plot to last for the majority of the drama, but no. At the end of week one, it’s already been exposed, and turned instead on her idol hoobae and disgusting husband. So, what happens next? 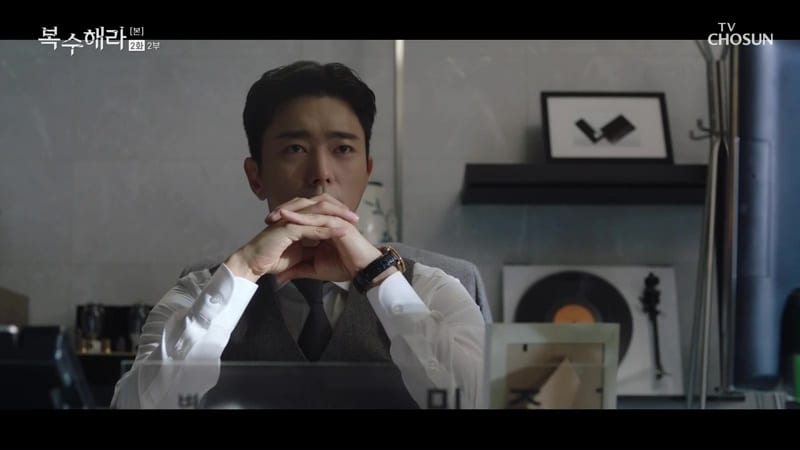 I love a fast-moving drama that does a lot more than it promises at first, and that’s where we’re heading with Get Revenge. The scandal has been brought to light, but it seems like just the tip of the proverbial iceberg, because things get even more interesting when Hae-ra becomes acquainted with CHA MIN-JOON (Yoon Hyun-Min).

We met Min-joon early on, and saw that he was a ruthless, money-driven (rather than justice-driven) attorney. But, importantly, we also learn that he’s really “interested” in Hae-ra. We’re not sure how they’re connected yet, but he’s clearly been watching her/watching over her. He even turns up in the crowd at her book signing because, as he says, “she’ll cheer me up.” Min-joon goes so far as to buy stacks and stacks of her book to make it sell out. He keeps an eye on her scandal as it plays out, and even steps in unannounced as her attorney when she desperately needs legal help. 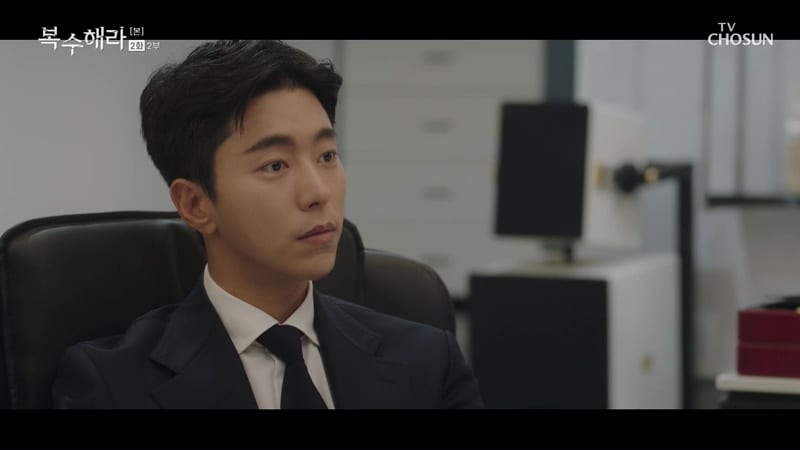 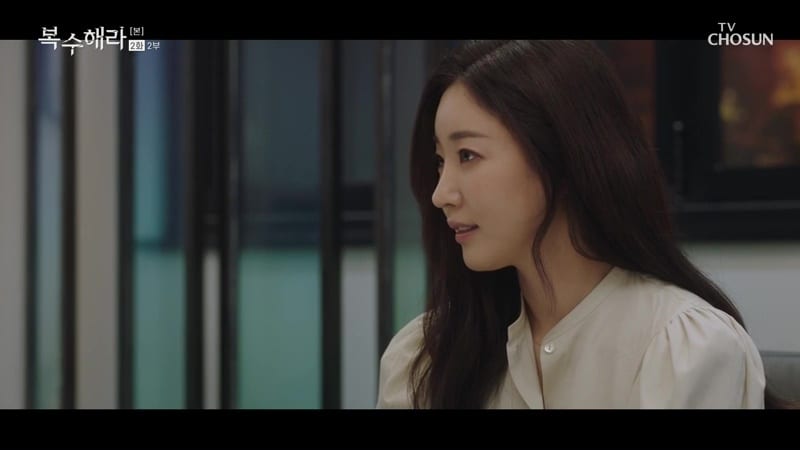 Here’s where it gets more interesting, though: we’re not exactly sure of the nature of his interest in her. At first it seems like a guardian angel situation, where they might have been connected in the past in some way. But later, it takes on a slightly more troubling tone, so we’re not sure if he’s around to help her, or if he’s doing all of this for his own sort of revenge.

What backstory does this guy hold? What’s going on in his head? Right now Min-joon is a pretty mysterious character, and I really, really like Yoon Hyun-min in this sort of role — i.e., a hero with seemingly ambiguous morals and a secret-drenched past.

Is Min-joon really a Robin Hood character, seeking to give justice back to the victims he’s (purposefully) trounced in court? Do he and Hae-ra share a past connection? Is he in love with Hae-ra, or is he using her in order to destroy her later? Or, best yet, is it going to be a giant tangle of all of these things? The fake scandal and revenge-seeking plot line is fun, but what made this drama pop for me was this hint at the complexity and ambiguity of the relationship between Hae-ra and Min-joon. It’s my K-drama catnip. 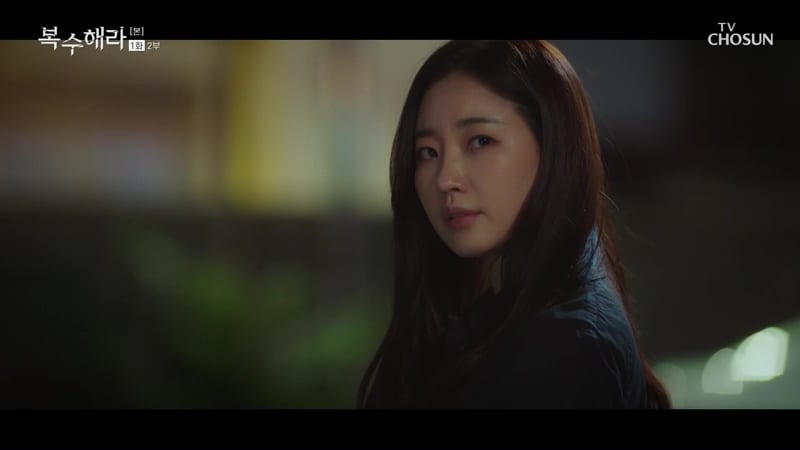 Another reason this drama appealed to me was for its slightly “low rent” feel. I know that sounds bad, but I don’t mean it as an insult to the production. We’ve just gotten so used to sky-high budgets and jaw-dropping production quality that when we see a drama like this, with an obviously smaller budget (and some big issues with sound editing for sure), it stands out.

While this doesn’t usually work to the drama’s advantage in the market, often it makes me enjoy it all the more. This isn’t only because I have a soft spot for lower budget productions, but because when a drama’s huge budget and high-wattage stars are stripped away, the drama has to stand even more on its own, right? You have to really believe the story, because that’s what will keep you watching. And so, there are no frills here. Instead, it’s just an old school revenge drama, in the most K-drama sense, and I say, bring it on. 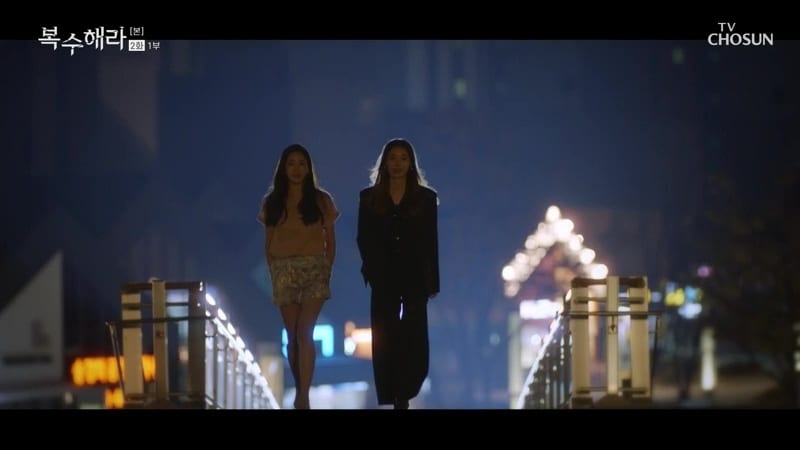 I actually had fun watching the first episodes. I liked that Hea-Ra is no pushover and when her husband realised that he knew he was doomed and thought to bring her down because he felt threatened. I really want to see her deal with her husband but it seems the mistress is no joke too. Overall though predictable it was a fun watch and I can keep watching if it keeps this Robinhoodesque plot to help poor clients.

Ooh, colour me interested! This review will sure make me check the new eps.

This was fun. It doesn't take itself to seriously and plays the characters really well. I've seen far worse dramas, so I'm going to stick with this for awhile.

Interesting.. this looks like my cup.of tea.. i like "no frills" shows.. where the story stands out instead of the too-hyped up, glossy shows that sacrifice the story for fan service. I will watch this. In VIU it is titled Hera's Revenge.

Thanks - in Viki it's The Goddess of Revenge!

Guess VIU kept it more closer to the original as the original one is a play on the heroine name Hera and Revenge( Boksoohaera), translating it in english something like "Take Revenge", if one is curious about the literal name jaja.

Looks interesting, I will pile up episodes and watch :)

loved every minute of first 2 episodes. actors are great and story is well written and fast paced.

Liking this so far.