Im Shi-wan, Shin Se-kyung toast to romance in new teaser for Run On 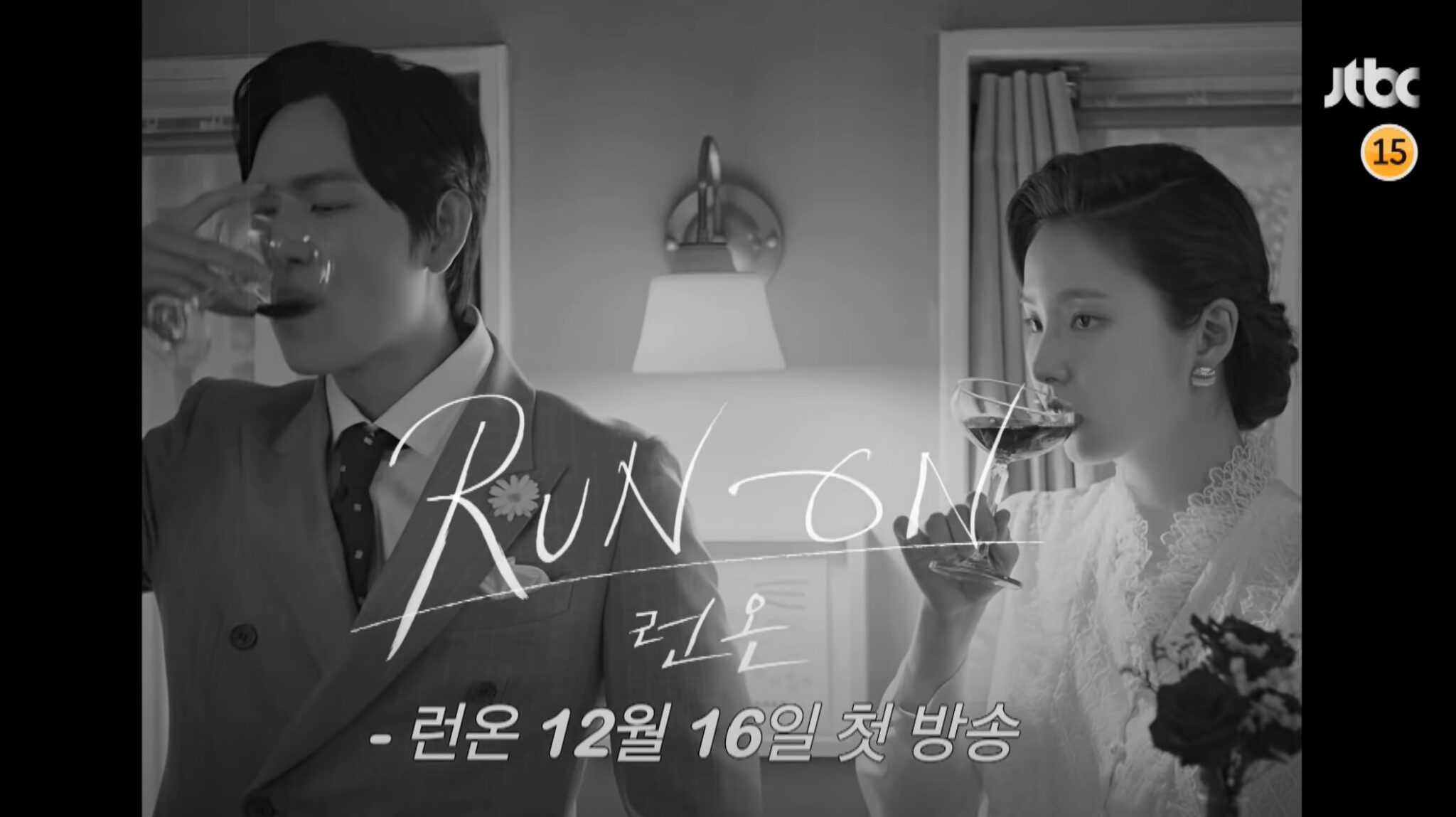 With the premiere just a few weeks away, a new video teaser has been released for JTBC romance Run On, featuring lead actors Im Shi-wan (Hell Is Other People) and Shin Se-kyung (Rookie Historian Gu Hae-ryung).

The drama stars Im Shi-wan as a retired sprinter who meets foreign film translator Shin Se-kyung and the two fall in love. As their relationship grows, the drama explores how communication can be challenging, even when speaking the same language, and how we learn to understand each other’s personal languages.

The newly released teaser brings attention to the drama’s themes as well, using Im Shi-wan and Shin Se-kyung to re-enact a parody of Humphrey Bogart and Ingrid Bergman’s famous scene in the Hollywood classic Casablanca.

The video starts with the camera following Im Shi-wan as he joins Shin Se-kyung in the room. And the two enjoy drinks together as they listen to a pianist playing music. When Im speaks, he seems to be saying the film’s lines in translated Korean which match the Korean subtitles. But the audio is dubbed over by a narrator who reads Im/Bogart’s lines in English.

The line, “Here’s looking at you, kid,” is a point of much debate due to the curious way it was translated in the Korean subtitles for this film. Literally, the line in Korean can mean making a toast to or cheers to “your eye pupils.” (Side note: Sohn Seok-gu’s take on this line in Be Melodramatic is pure gold.) And although this is a case of moving between two different languages, it’s a clear example of how words convey different meanings and intents, further complicating how we communicate with other people. 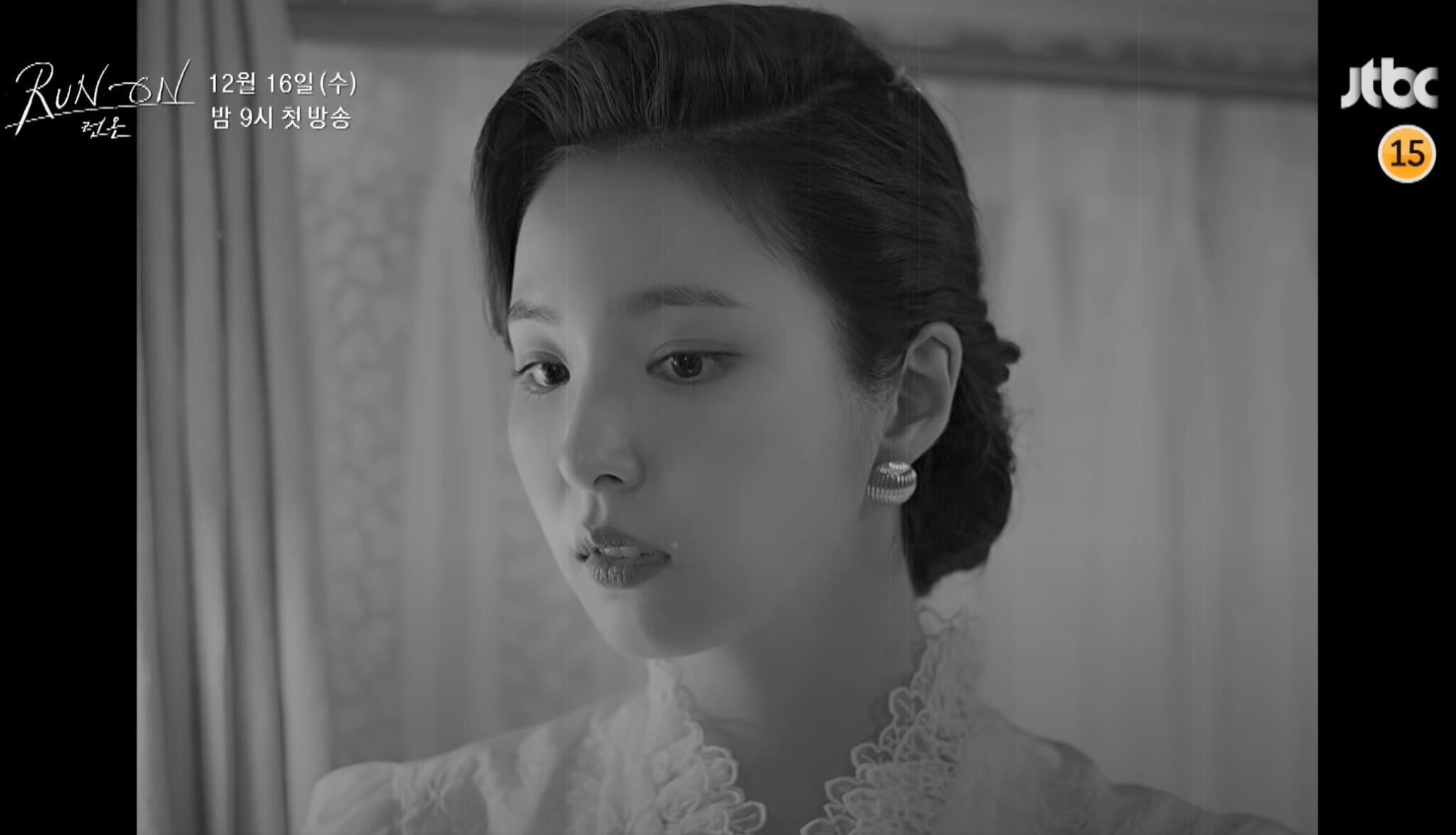 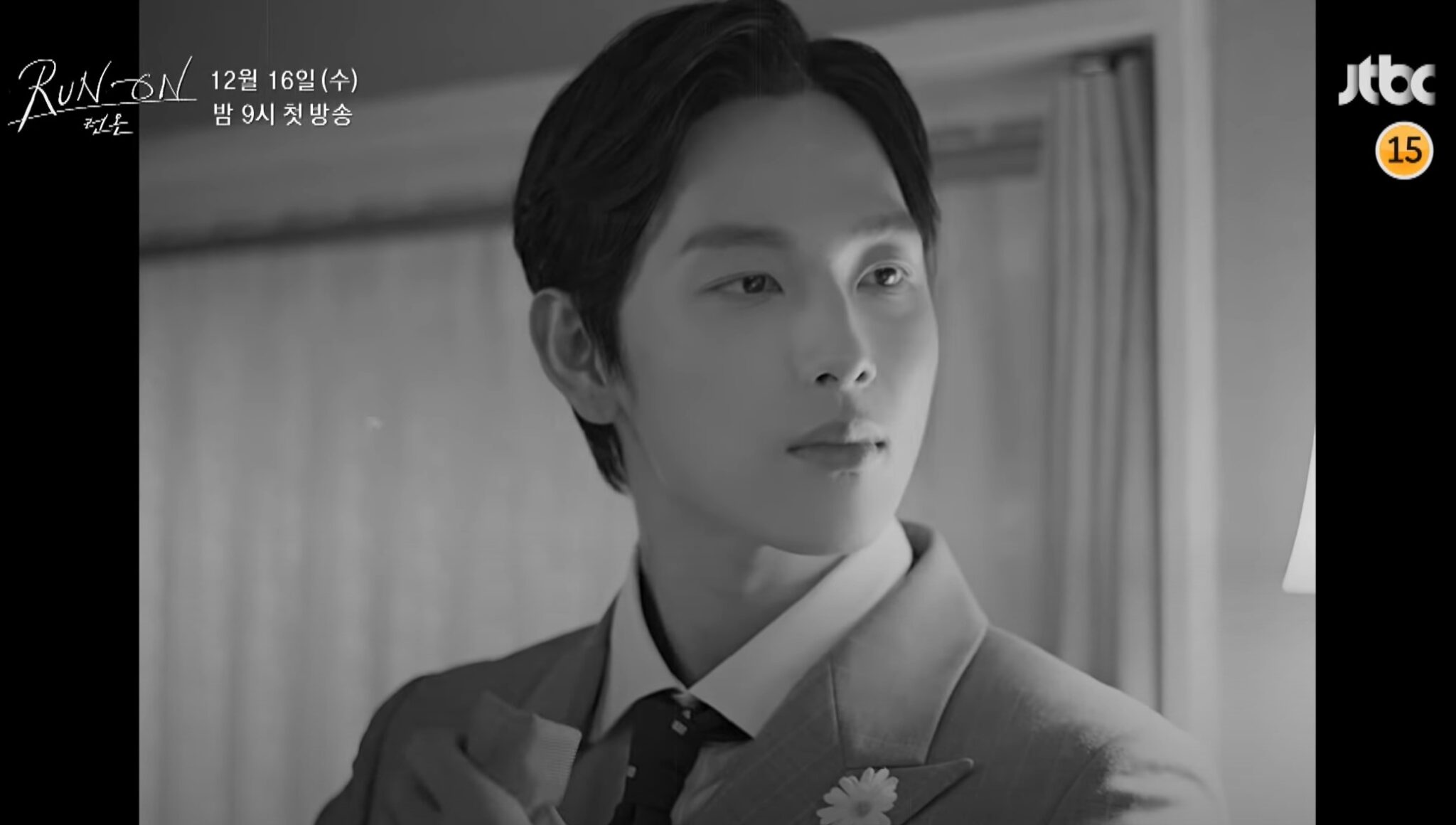 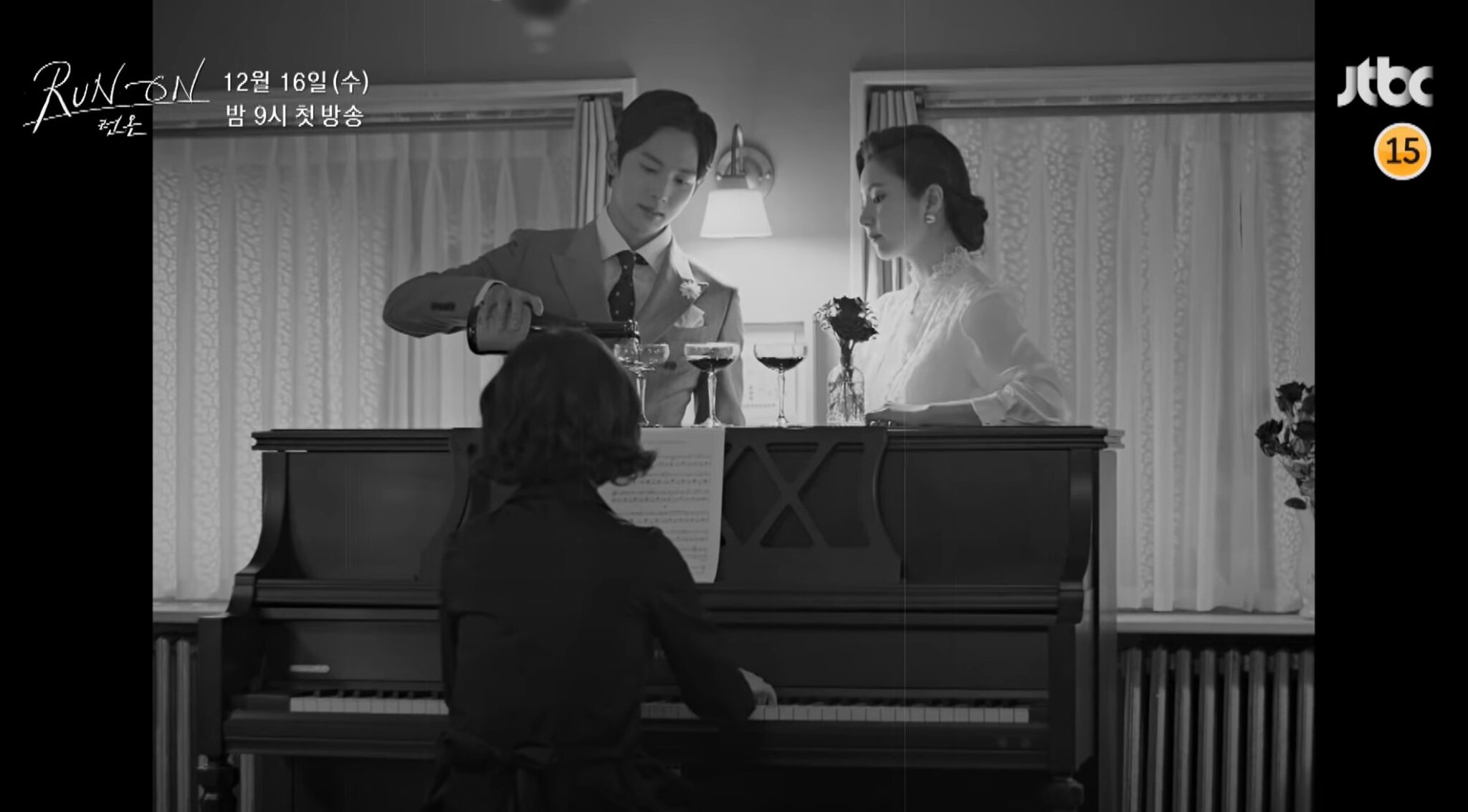 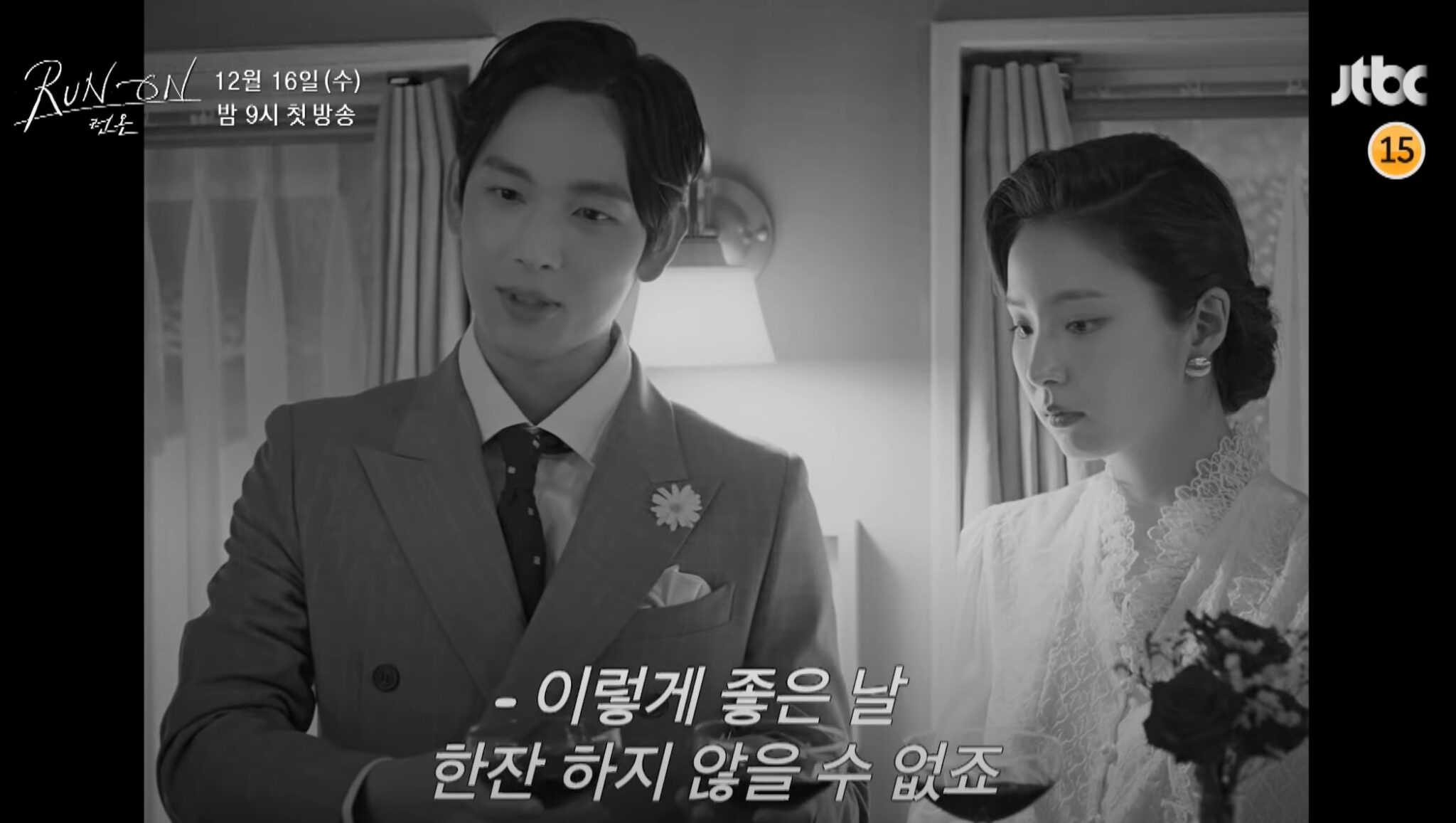 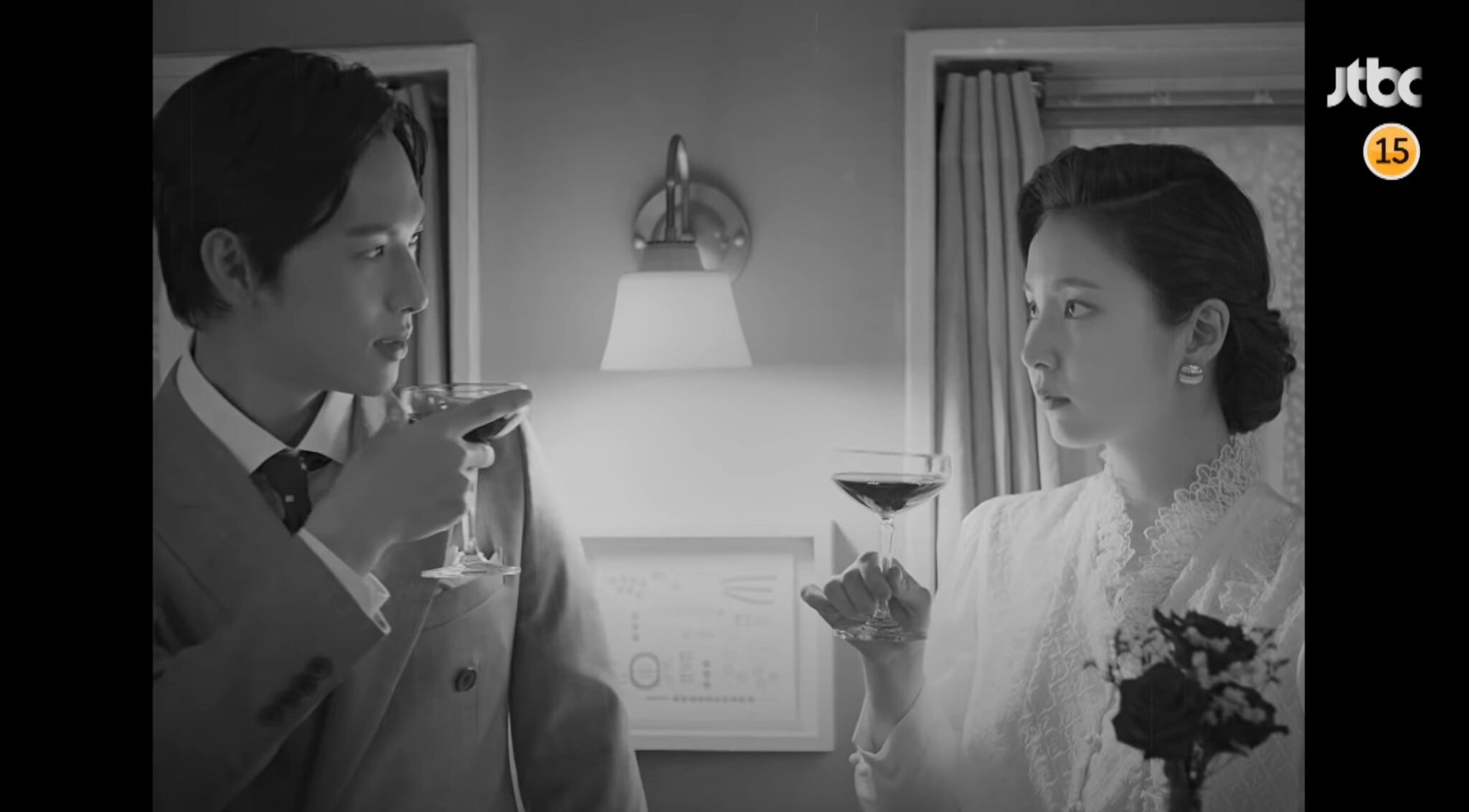 They had me at the CASABLANCA reference. The theme of translation is certainly relevant to us international kdrama viewers. We rely on subs and recaps, and even then we don't always understand the nuances of Korean language and culture.

This looks like it could be wonderfully unique and thoughtful, or it might be polemical, awkward and clunky, like the long form PSAs we had to watch in school (at least those of us who went to public school long ago enough to remember 8 mm/16 mm projectors, DARE and corduroy shorts.)

Interesting the way the black and white images bring out the differences between the two characters. Im Shi-wan is gulping his wine, laughing, joking. Shin Se-kyung is holding her glass delicately, sipping, and her expression suggests she's holding something in. I wonder if this drama will be as thoughtful and carefully done as this scene suggests ... or if it will be another disappointment. Still feeling burned by DoDoSol.

It is a different set up from DoDo. We are probably safe.

I loved it. One of the more unusual trailer/teasers I have seen.
After a cursory search I can’t find out anything about writer Park Shi-hyun. (AsianWiki’s entry for RUN ON lists a different writer.) Perhaps the writer will be working in similar references to classic films.
I am looking forward to seeing Siwan again. MISAENG is my only Siwan drama. If online reports are to be believed RUN ON will be available on NETFLIX (USA).

O/T. Also fwiw according to this:
https://about.netflix.com/en/news/netflix-brings-a-variety-of-entertainment-with-7-new-korean-films-and-series

Ji Chang-wook’s upcoming Kakao TV drama LOVESTRUCK IN THE CITY will also be shown on Netflix (USA).
Add THE UNCANNY COUNTER now on Netflix (USA) and three of the dramas I will be watching will be on Netflix.
I am pleased with the availability but in matters of subtitles Viki is my first choice.

Early reports said she participated in writing “Descendants of the Sun” under the famous Kim Eun Sook. You don’t see that now in recent articles and it’s understandable.

the name of the writer is credited as Park Min Sook, she is credited as one of KES 'assistants'. This is her debut drama. KES has so many assistant writer that become a head writer now like beauty inside writer and also Search:WWW (my personal fave).
Love this drama teasers so far, i always love 2 lead couples instead of love triangle).

JTBC seems to have interesting and beautiful dramas in the future.

This one and Sunbae, Don't Put on That Lipstick, that released the poster and the first teaser and it looks good too.

JTBC has a good track record. For the most part. Except for Private Lives. Never forgive, will forget

The Casablanca reference reminds me of Be Melodramatic (the scene between Son Seok Ku and Jeon Yeo Bin is one of my faves <3) , besides that I’m REALLY looking forward to this drama not only because of the main leads but also because of the second leads as well, I’m so happy that we have two couples in this drama who look equally as cute (judging by the teasers) , it’s what more kdramas need instead of love triangles (looking at you Start-Up), also I’ve seen some still cuts of Shin Se-kyung and Sooyoung working together so I’m really excited to see their interactions,

I’ve been following this drama for a while and the cast all seem really close and their interactions on Instagram make me really excited for this drama, Siwan and Shin Se-kyung look so adorable in the behind the scenes for the poster making <3

I'm still wishing they will announce a second season of Be Melodramatic with Jeon Yeo Bin making her documentary in Europe and rejoigning Son Seok Ku in Marocco.

Yes that would be a dream come true !

They were hands-down my favorite storyline in that drama.

I knew there's an original audiotrack from Casablanca's quotation of Humphrey Bogart. I knew he's one of my all-time favorite actors.

Unlike in Casablanca, on Run-On B&W short different 30 seconds teaser, there's a pianowoman who did a good job despite silent audio/no sound. The Casablanca version goes the pianoman.

You probably know this. In CASABLANCA Bogie never said: “Play it again, Sam!

I'm really looking forward to this one! The teasers and trailers have definitely piqued my curiosity.

The story doesn't sound that interesting to me, but Shin Se Kyung and Im Shi Wan just look so cute together.

Also reminiscent of Hong Sangsoo movies. That's what I thought before even watching it, when I saw the thumbnail

I am in!!! All in. Please don't disappoint me show