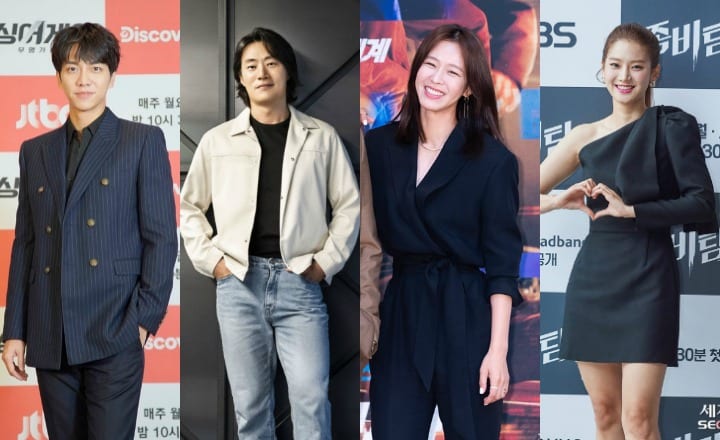 Lee Seung-gi takes on the central role of neighborhood police officer Jung Ba-reum. He is the picture perfect model of good behavior, kindness, and always doing the right thing. And although a little bumbling as a fresh, rookie officer, he is strongly motivated by his passion for justice. However, when he gets assigned to hunting down the infamous serial killer and psychopath who has been terrorizing the nation, he encounters something unlike anything he’s seen before and his life is changed forever.

In contrast to Lee Seung-gi, Lee Hee-joon plays the more hardened police detective Go Moo-chi. Having lost his parents to a serial murderer as a young child, his heart and motivation for being on the police force has always been about revenge. The culprit who killed his parents was imprisoned behind bars and his goal is now to gain access to the prison facility and take the murderer’s life by his own hands.

Kyung Su-jin’s character is PD Choi Hong-joo. Nicknamed “Sherlock Hong-joo,” she mainly produces informative shows about current affairs and culture. She is well accredited for her work and has a collection of awards for journalism and media. But she also carries a secret and trauma from her past, as she was once forced to be an accessory for murder as a child.

Park Joo-hyun plays high school student Oh Bong-yi, who lives alone with her grandmother. She can be bit of a troublemaker due to her tough personality and being skilled in combat sports like martial arts, boxing, and jujitsu. And she has a sibling-like relationship with Lee Seung-gi, always bickering when they see each other.

In supporting roles, Ahn Jae-wook (Five Enough) plays a famous neurologist with Kim Jung-nan (Tale of the Nine Tailed) playing his wife. And Pyo Ji-hoon, a.k.a. P.O. (More Than Friends) plays a junior detective who follows sunbae Lee Hee-joon like a puppy.

Written by Choi Ran (Black) and directed by PD Choi Joon-bae (Come Here and Hug Me), tvN Mouse is currently being planned to air early next year in 2021. 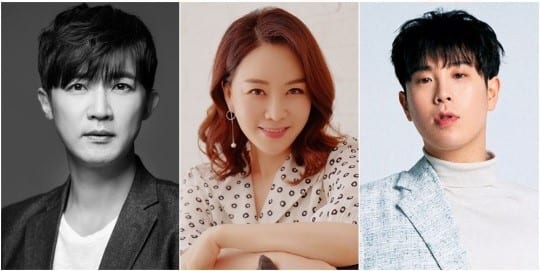 You got a low bar LSG. All this has to do is be better than Vagabond.

I enjoyed Vagabond and I will stand by that 😅 it just needs a season 2. Which it will never get.

I'll watch season 2 if they rope in Ki Tae Woong 😆

Hey, I'm not faulting you for liking it. By all means. I'm just saying... 👀 kekeke

Me too. I was sad when this was announced because I really really want a bats$%t season 2.

I especially enjoyed VAGABOND early on when it was in THE BOURNE ULTIMATUM mode. My one and only LSG drama. He does have that certain something about him. I loved the scenes of Dal-gun (LSG) and his little nephew Hoon (Moon Woo-jin) together. I am always a sucker for the kids.

I’ve spent the latter part of this year doing an LSG drama marathon with my sister - we’re currently part way through Korean Odyssey, so only Vagabond left - and he’s been good to watch in all of them even if the drama derails at the end. His action man has improved considerably over time 😄

It's just the LSG factor. Idk what it is. I didn't get it till Hwayugi and then suddenly I understood the fuss about him. lol

I left out a word - action man *running* has improved considerably....

Damn, what a cast!

Did they change the plot or are they keeping the details hidden for now? 🤔😆

Below is the initial plot description for Mouse, released back in June 2020:

> The tvN new drama \’Mouse\’, which will be broadcast in the first half of 2021, will ask if you can select a psychopath from the mother\’s stomach through fetal genetic testing, and if the child in your stomach is a psychopath, will you give birth to that child?

Hahahaha. I suppose it's good that they changed it? Fetal genetic testing to detect psychopath babies sounds so wrong 😅.

Not one but two serial killers! Way to be different, show!

I'm excited for this cast, what about the genetic testing... lol

Great cast!! Feeling like a masochist - ready for writer Choi Ran to jerk me around again like she did with God's Gift and Black! Her twists are often cool and addictive; this time, I hope she will be able to resist throwing in that one twist at or near the end that is nonsensical just for the shock value.

I am not familiar with writer Choi Ran’s work. You wrote:

“ I hope she will be able to resist throwing in that one twist at or near the end that is nonsensical just for the shock value.”

Could Choi Ran be the secret second writer I swear was working on DO DO? That quote fits DO DO’s ending (imo).

I still familiar with Choi Ran and his works. Black considered as one of the best 2010s K-dramas. Also on his other notable work was 2014 K-drama God's Gift: 14 Days.

LOL! That was my suspicion! I loved DO DO until we got to that ending! I checked their Asianwiki pages and they never had a drama on the same year.

LSG’s character will turn out to be a baddie, because no one will expect it because he’s LSG.

I'm hoping for that actually. I think that was in the original premise anyway haha

Wow... that cast looks perfect. The actresses of Train and Zombie Detective moved into the next level already. Even Choi Ran (let's hope for his planned success after 4 years) finally wrote his Mouse script... but I'm still not familiar with PD Choi Joon-bae.

As for the Mouse plotline, it looks like a story inspired by Sherlock Holmes. I'm definitely get this.

Wow, I haven’t seen Ahn Jae Wook in what seems like a hundred years.