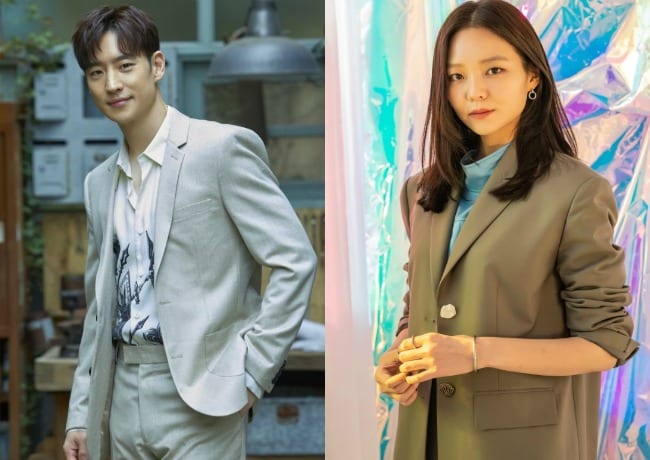 Lee Je-hoon is set to play a former special ops military man who is now the top driver of the deluxe taxi service called “Rainbow Transport.” With his special intuition, faultless judgement, dauntless heart, and excellent physique, he’s a heck of a taxi driver.

Kim Eui-sung leads the Rainbow Transport crew, as its CEO who wishes to punish those who operate outside the shadowy boundaries of the law. Although he’s extremely warm and understanding to victims, he’s almost like a different person to the aggressors with his cold, cruel treatment. Lee Na-eun plays Rainbow Transport’s resident hacker who is an expert at tracking people’s electronic footprints whether it be through CCTV, cell phone, computer, etc. She’s supposed to have a sibling-like relationship with Lee Je-hoon.

Esom plays a bulldozer-like prosecutor who has been nicknamed “The Crazy Fiery Prosecutor” for her relentless path toward justice. She’s stayed on an elite path all her life, and she’s got a refreshingly great personality. Her only flaw is her violently aggressive side that comes out when she sees injustice. After trying to track down a missing former convict, she encounters Lee Je-hoon and becomes suspicious of his identity. 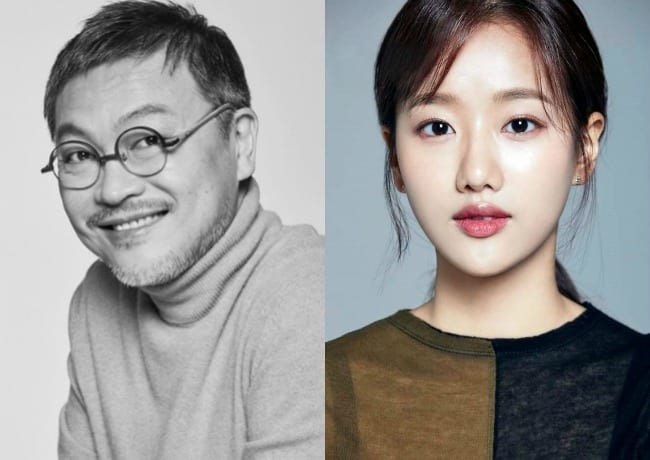 OMG, I want it. I didnt even know I wanted this, but yes I want it. Esom is S2 and Lee Je-hoon, I am already imagining their kids.

Every time I see her I always imagine her in a kick-ass action role.

(Rhetorical question) Why is it that Sk with its depth of FL who can rock it there are so few projects that really let them strut?

When I see Lee Je-hoon and Fox Bride Star side by side, my first thought is: I hope he stays until the very end of the show.

As soon as I see Fox Bride Star I lower my expectations.

That's one weird ending. Did we know why he's not shown at the end?

Not that I've heard. That wasn't my only disappointment.

It was impossible for me to read the rest of the post with any seriousness after reading those words. I take this as indirect proof cannabis use has become more prevalent in the Korean entertainment industry.

This made me lol. However, it has to have been more prevalent before that, I didn't even blink at secret vigilante taxi service, but I've blinked at other drama descriptions.

Yes, perfect, I couldn't think of another one. Lmao

I'll literally be laughing at Vincenzo till it comes out.

I will be there for DELUXE TAXI however, Lee Je-hoon’s upcoming Netflix drama MOVE TO HEAVEN looks more interesting to me:
https://mydramalist.com/49231-move-to-heaven
I can’t nail down a release date.
This may be an incentive for me to check out LJH’S 2020 film TIME TO HUNT available on Netflix (USA) which I have been meaning to watch.

Now for Esom. Her performance as Young-jae in THE THIRD CHARM (2018) (available on Viki (USA)) was 5 stars. Seo Kang-joon gave a fine performance but her performance was great. She also received unfairly (imo) a decent amount of grief for her performance. TTC is highly recommended. WHITE CHRISTMAS (2011) is the only other drama I have seen her in and that was excellent also.
It will be nice to see Esom again in a drama.

I'm a little shocked that you haven't watched Because It's My First Life. Esom turns in a strong performance, as does the rest of the cast.

Thanks for the reminder @ndlessjoie.

You'll have to weigh in on whether you like or dislike the last episodes when you're done.

Not a replay of that one, thankfully. I regret everything about my Fox Bride Star watch except that it brought me the cute airport robot and Security Couple.

I will never not be angry with Fox Bride Star and its gross ableism.

Well I mean... I COULD write an essay probably, arguing that it WAS as bad as FBS's ending, but in a different way... 👀😜

The fact that there is anyone on this site who hasn't seen BTLIOF when the annoying me exists means I am NOT doing my job well enough.

And yes Esom is great in it, too. The whole cast is.

😆 I knew you'd see this eventually.

I like to think sniffing out mentions of this show is my super power.

@mindy,
Somehow I missed the BTLIOF bandwagon in Oct.- Nov. 2017, mea culpa!
I am crime genre guy and your post sounded almost like a subpoena from the prosecution service. I scrolled through 13 pages of RATINGS REPORTs to refresh my memory of what I was watching when BTLIOF premiered on 9 Oct. 2017.
Oh my! I totally (screwed up) or missed the boat might be more polite. Let’s take a look at what I was watching the week of Oct. 9-15, 2017 when BTLIOF premiered and my thoughts now in hindsight:
1. WITCH’S COURT. Mistake. I know I am in a minority but WC turned out to be my least favorite drama of 2017;
2. TEMPERATURE OF LOVE . Mistake. TOL turned into a plod;
3. MAD DOG. A definite keeper. One of my all time favorites;
4. HOSPITAL SHIP. Mistake. A plod but offset a little by the scenery; and
5. WHILE YOU WERE SLEEPING. I enjoyed it. A keeper.
If I had to do it over again I would have dropped 1, 2 and 4 and watched BTLIOF.
Interestingly GO BACK SPOUSES premiered that week but I did not watch it until 2019 (after watching COFFEE FRIENDS) and I really enjoyed it.
I will definitely try to work in BTLIOF but not immediately because I am holding my tvN slot for AWAKEN starting 30 Nov.

I probably should have included my source for the above comment:
https://www.dramabeans.com/2017/10/drama-viewership-ratings-for-the-week-of-oct-9-15-2017/

Wow you guys I'm not THAT mean

@mindy, not mean, persistent. It's understandable given the object of your affection.

Full disclosure (and I probably will need protection after admitting this):
I have not (yet) seen any of Lee Min-ki’s work.
I am sure that will be rectified in the future.

@marcusnyc20 Watch his upcoming drama with Nana with us come March, bong-soo! We'll have so much fun!

Just don't blame me when it ends up sucking...

Excited for this cast, it looks like it could be a fun watch!

Love Esom! I remember her from "Because This Life is Our First," she brought such vulnerability and gumption to the role and I'm looking forward to seeing more from her.

i can definitely get on this boat, these two will ROCK IT!

It’s an underdog action drama about a secret vigilante taxi service that helps victims get revenge and gain justice against the powerful.

Or at least those who drive too slow in the fast lane (?)

Also coming down the line is OCN's DARK HOLE where Lee Joon-hyuk (1984) will be a tow truck driver fighting monsters. I wonder if there is a way to blend the two dramas.

no romance and great casting!!

Vigilante taxi service? Seems like @sincerelytod has had a hand (wheel?) in this production.

Lee Je Hoon's last drama was Fox Bride (2018)?! I always thought he has dramas since then.

This is quite a pairing. 😁 It just makes me hesitant since two of Lee Je Hoon's that I watched have very good premise (Tomorrow with You, Fox Bride) but with poor execution at the latter portion. 😶

I'm a little scared about this. They always make the FL overacting like a crazy girl in the first episode and then viewers run away from the drama...

It will be strange to see Kim Euisung play a good guy. I'll keep expecting a plot twist. In the same way the magnificent Lee Kyungyoung often starts out as a good guy and then Bam.

Esom was fabulous in BECAUSE THIS IS MY FIRST LIFE. I find her vert believable in the role of a violent prosecutor.

Deluxe Taxi... will ride for me (or definitely will watch for this)! I hope it'll be one of the crime K-dramas of 2021 aside from Vicenzo and Mount Jirisan/Cliffhanger.

@magajesj Jezz,
It maybe tough for 2021 to match the quantity and quality of cops/crime/mystery kdramas that were offered in 2020. It has been great year for those of us who love those types of shows

Thanks for the reminder for tvN's upcoming VINCENZO and JIRI MOUNTAIN aka CLIFFHANGER aka JIRISAN. With tvN productions there is always a little bit of availability angst.
I see reports online that JIRISAN will only be available outside South Korea on the streaming website iQIYI just like BACK STREET ROOKIE and DINNER MATE. If that is the case I probably won't be watching.
I am hoping that I will be able to see Song Joong-ki again in VINCENZO.

What an inspired choice for the FL! LJH + Esom are going to be great!

Wow, okay great cast! All of them, but i especially missed Esom in TV as i didn't watch her last drama.

As for LJH who i very much like, it seems to me that he's always in the same types of show/roles? Shows with an elemen of thriller/mystery, roles of rather put-together elite characters who are vigilantes in one way or another... he's good at those, but i'd would love to see him in something wildy different.
(Tbh same could be said of a lot of actors, so maybe it'sa reflection of the type of scripts available)

Let's pretend there aren't any typos above ⬆️