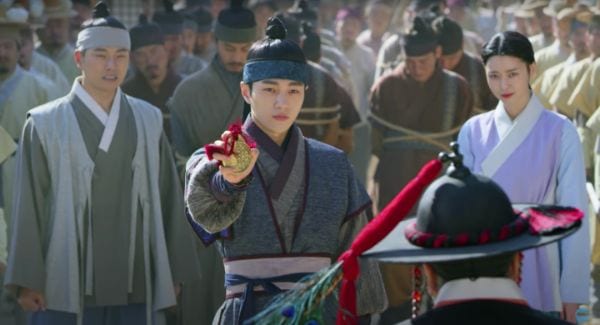 A short teaser clip and a new still of Kwon Nara (Itaewon Class) have been revealed for upcoming drama New Secret Royal Investigator. Featuring L (a.k.a. Kim Myung-soo from Welcome), this upcoming KBS sageuk mystery-comedy is about the king’s personal task force that’s dedicated to eradicating the roots of corruption and resolving the citizenry’s concerns.

Kwon Nara plays a character named Hong Da-in, a gisaeng known for her stunning looks and intelligence. However, she’s actually a damo (Joseon’s equivalent to a female policeman) who uses the gisaeng disguise to infiltrate the nobles and gain information. While she’s in disguise, she meets L’s character and joins the Secret Royal Investigations Bureau.

The teaser begins with a girl and a boy running away in an open field from men with weapons. Copy onscreen flashes, “An age of confusion, Joseon.” Our first look at L is a brief cut of his fighting action, and the next copy flashes, “The turbulent era ends now.”

The next scene shows a palatial coup happening, and it’s juxtaposed by a similar fight amongst the common folk. Dramatic music plays as L leads a group of prisoners, with Kwon Nara and Lee Yi-kyung (Welcome to Waikiki 2) by his side. He holds up the token of the Secret Royal Investigations Bureau and smirks triumphantly. In his final voiceover, he says, “New Secret Royal Investigator appears.” 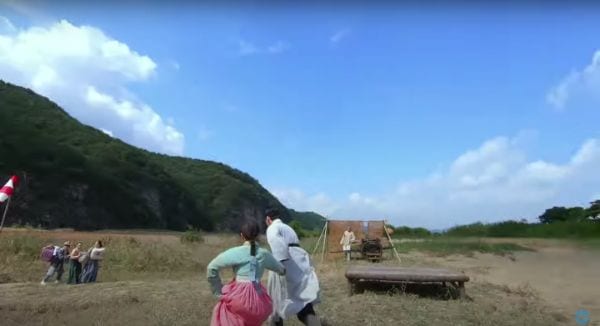 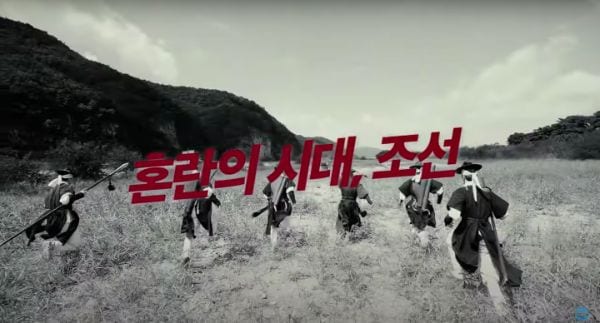 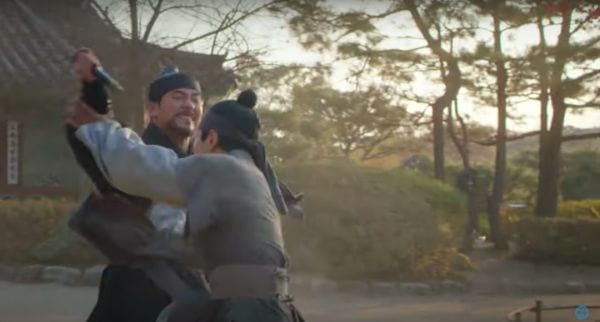 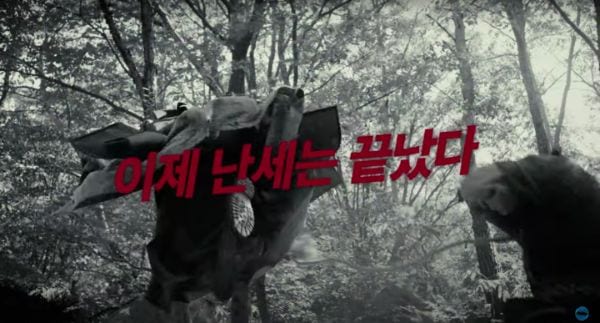 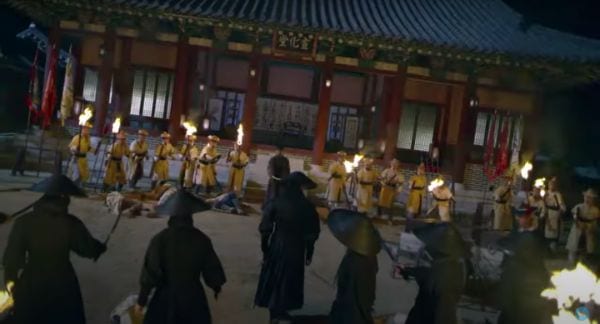 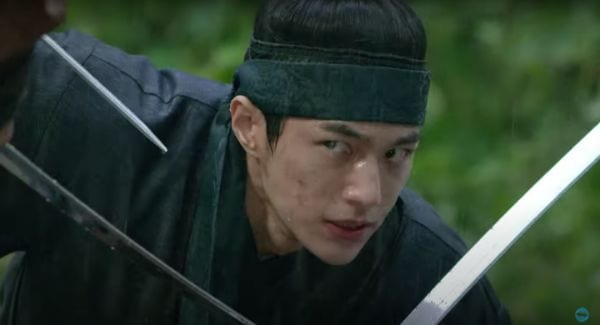 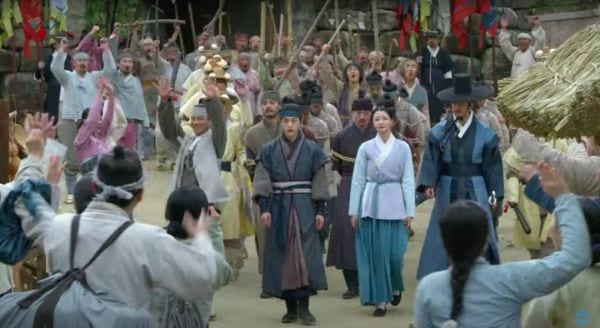 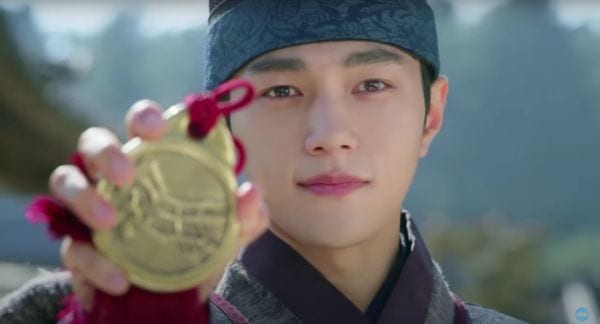 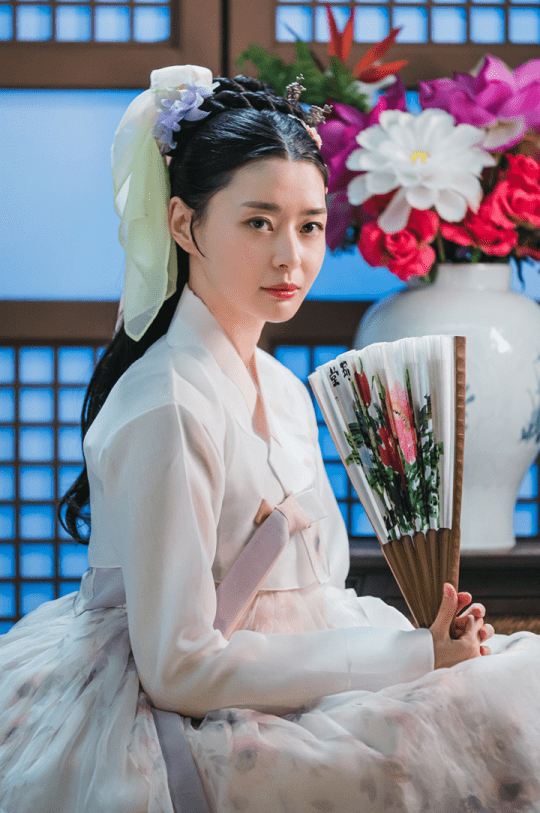 Calling Sageuk Beanies! It's been a while since we had a sageuk on our hands...

The plot doesn't sound brand new (when was Joseon not in confusion and without corruption?) but the action scenes look cool. I don't think L is that good, but it seems like all three are central characters so I'm willing to take a chance on it.

That said, I sure hope this gisaeng-who's-actually-an-intel-gatherer will be better than the female lead of MY COUNTRY.

Wait. I don't see any "comedy" in the teaser. Where is the comedy supposed to fit in when we have an era of confusion, corruption, and a palace coup? I hope the PD has a clear idea of what he wants this drama to be.

I have low hopes. Super low.

@wishfultoki,
Reporting for duty. Of the first 2 sageuks coming up that I know of (QUEEN CHEORIN being the other) I am throwing my lot in with L, Nara, Lee Tae-hwan in NSRI. I think the comedy will be over at QC.
I would rather not see LTH portraying a character that goes dark but I am sure he won’t be going as dark as Jung Moon-sung did in his award winning portrayal of Lee Tan in HAECHI.
On the other hand perhaps this is why he accepted the role.

@marcusnyc20 Good, so at least two of us will be watching! I agree with you that QC seems to be leaning very heavily towards comedy... it's actually put me off from watching it even though I love the cast.

Ahn Nae-sang will also be in NEW SECRET ROYAL INSPECTOR and that is always a good thing in my books.

It needs to be heavy on the comedy to get my attention.

Err... I'm in the mood for a serious sageuk with some light moments, not full comedy. How about you watch QUEEN CHEORIN and I'll watch this one?

I'd rather watch a serious sageuk too, but given the actors assembled, I have doubts.

i will like it for L too. and i need a saeguk right about now.

Do you think if I comment on every Sageuk news thread from here on out, asking for a Fantasy Silla/Three Kingdoms Epic, the dramagods will listen to me?

And no, I mean, more Arang, less Trashdal.

Pfft... Asking for something in the caliber of Nokdu Flower is probably just a pipe dream at this point, isn't it?

Hahahahaha well look- I haven't seen it, I know it's good, but it's not fantasy which had more to do with me listing those two than not hahaha; my dream really is just the highest quality caliber Silla Dynasty or 3 Kingdoms Fantasy ever.

I think a 3 Kingdoms Sageuk would be great.

I'm that annoying person here to remind Sic that Arang is also set in Joseon, during the reign of King Myeongjong (1545–1567). 😂

But I get the idea: Sic wants fantasy.

I still recommend trying JUMONG or KINGDOM OF THE WIND, though they are old now so you need to be forgiving with the editing sometimes. Or take the plunge with Chinese epic fantasy... may I recommend NIRVANA IN FIRE?

I KNOW IT WAS. As I said... yeah you got it... hahah I mentioned it for fantasy reasons, not time period reasons.

They're ... all on my list actually hehehe including NIF. So when I finish TWDR (don't @ me I only have 2 eps left, I'm pretty sure I even know how it ends, I just need the space to binge it in a day) I will pick something up.

Can I rant with you?
A Silla saeguk would be fantastic (I'm a bit tired of reading and learning about Joseon in Dramas...).

I feel like they mostly stick with Joseon for cost reasons. With all those Joseon dramas, they can probably get the clothes at bulk pricing. I agree about Silla. It's a really long dynasty. Surely, there is a lot of rich material to depict.

*pouts* But 3 Kingdoms Hanboks are pretty...
Not surely. There IS a lot of material.

River Where The Moon Rises is set in the 3 Kingdom era and stars Kim Sohyun, Jisoo, Lee Jihoon and Kang Haneul. You can watch it after this drama in March 2021.

@moon river- I think I did know of this one actually! But thank you for reminding me of at least ONE non Joseon upcoming drama, that we can pray is good!

Hopefully it is. We can always enjoy the costumes, acting and sets. Something different from the usual.

I'm going to send my prayer along with you. Don't they ever get tired of the Joseon era? It's not like they don't have a compelling history from many eras before that.

Yes you're getting you're wish. River Where the Moon Rises is based in Gogoruyeo era.

Thanks @MoonRiver for the reminder for THE MOON RISING RIVER.

Here is what I see coming down the line:
1. QUEEN CHEORIN;
2. SECRET ROYAL INSPECTOR;
3. JOSEON EXORCIST;
4. RIVER WHERE THE MOON RISES;
5. HONG CHUN GI;
6. RED SLEEVE CUFF;
7. BOSSAM-STEALING FATE.
Note: These dramas may go by different names. (Looking at you, Viki.)
It looks to me that Nos. 1-3 will be the first to air. As for the rest it is a crap shoot.
Also productions are in a flux because of Covid-19. This article from Soompi from a few days ago indicated 3 of the above dramas stopped production:
https://www.soompi.com/article/1439617wpp/dramas-postpone-filming-due-to-covid-19-pandemic

Actually its red cuff sleeve and looks like it's been taken off the schedule for next year. Another historical drama that hasn't officially announced casting but is doing the rounds on all the knet forums is a drama called moon flower something and it might air on KBS in the 2nd half. Till now 5 confirmed dramas in the 1st first half and potentially 2-3 dramas in the 2nd half. You're right 2021 will be another 'Great Year of Sageuk'.

I will watch this, my wife will probably love it because she loves period costume dramas and mysteries.