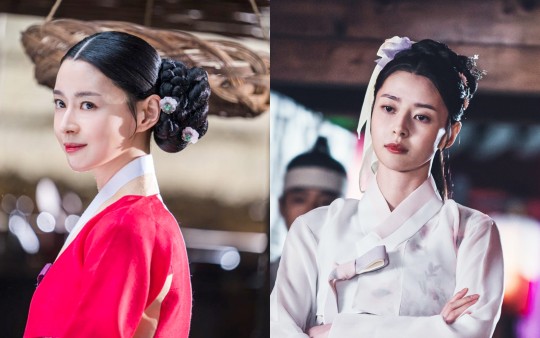 The drama stars L as a government official named Sung Yi-kyum. Although aimless and having little ambition, he looks like a regular Joe who fulfills his duties at work and lives a normal life. However, at night, he roams the town – taking part in illegal gambling dens and living the high life as a tazza. When he gets caught, he is made Joseon’s new royal secret investigator as punishment. And, together with his team, he is tasked with rooting out corruptions in Joseon society and finding justice for the people wronged.

Kwon Nara takes on the role of damo Hong Da-in, who works undercover as a gisaeng. Famous for her beauty and spirited personality, she uses her position to uncover secrets and corruption within the yangban nobility. Although she isfully devoted to her duties as an undercover damo, she is still hiding a third part of her identity. Due to dangerous circumstances, she has to conceal that she is actually the daughter of a royal family. She first encounters L while trying to uncover the truth about her past and decides to join his investigations team. 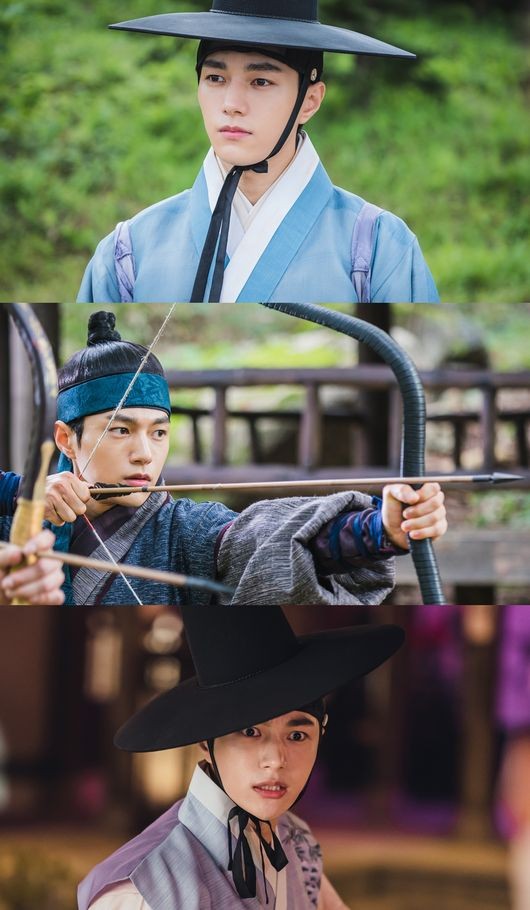 I will check this one out when it airs.

I will try it for Kwon Nara, she is so talented. L makes nervous because he isn't as talented.

Yes, I can think of about a dozen actors I would prefer in the role, rather than L. He's an odd choice, really; couldn't they find a real actor available and in their budget?

Honestly even an unknown with better acting skills would be preferred, but maybe he will surprise.

His acting is a hit or miss.

December? It's far... It will make me miss Zombie Detective even more.

Totally!
Zombie Detective should have had at least 16 episodes...

I'm always liked the occupation "Secret Royal Investigator" (Am-heng-eo-sa) during The Joseon dynasty.
It's like a FBI undercover agent who directly works for the president.
So I will definitely check it out and I like Lee Yi-kyung.
But I'm not sure about other casts...

I like Nara but L is either really good or really bad.

Honest question: when has L been “really good”?!

Looking forward to this! I enjoy historical mysteries, especially if there is humor. I do hope they'll keep any romance low-key - a la Queen of Mystery. I hope Lee Tae Hwan's role isn't a complete antagonist. Can we have a sageuk where half-brothers actually care about each other and aren't waiting to backstab/be backstabbed?

I will be there. Since it is a KBS production I am not anticipating availability issues but you never know. I am sure Kim Myung-Soo has gained experienced since I remember him in RULER: MASTER OF THE MASK (2017). That was only my third sageuk so I didn’t have much to compare it to but I remember thinking about KMS: stop slouching, stand up straight, lol. According to MyDramaList NEW SECRET ROYAL INSPECTOR will be M/T premiering on 7 Dec.
TvN’s QUEEN CHEORIN aka NO TOUCH PRINCESS looks like it is also being promoted as a sageuk comedy and according to Wikipedia is scheduled to be S/S premiering on 12 Dec.
So it looks there will be an overlap of 2 comedy sageuks. I probably won’t be able to handle 2 so I will probably be going with NSRI and I am also interested in seeing Lee Tae-hwan in a sageuk.

Also I enjoyed Nara in ITAEWON CLASS, DOCTOR PRISONER and YOUR HONOR. I just hope she is not jinxed like Go Ara was in HAECHI.

Oh that's right, QUEEN CHEORIN is going to start in Dec too.
At least it's a weekend drama (after Start-up), not in the Mon-Tue slot, so I might be able to handle both sageuks... I don't know.
The Uncanny Counter Sat-Sun and Awaken Mon-Tue are planned to premier on 11/28 and 11/30.
so many shows so little time...

I have both of those on my radar and also Ji Chang-wook’s (get ready): CITY COUPLE’S WAY OF LOVE: MY LOVELY CAMERA THIEF.

Oh yes, that too!
And also KBS If I Cheat, I Die, JTBC Hush and JTBC Run On, all premier in Dec.
My sleep will be less and less.

Follow up. According to this unofficial source:
https://www.whats-on-netflix.com/coming-soon/new-k-dramas-coming-to-netflix-in-november-2020/
OCN’s THE UNCANNY COUNTER will be available on Netflix (USA).
I am still waiting to see if AWAKEN will be picked up by Viki or perhaps ODK.

Yes, I hear The Uncanny Counter will be on Netflix too. Yay!
Since Start-up is still on in the end of Nov, I don't think Netflix will have two tvN shows (streaming simultaneously in Korea and Netflix) so Viki or somewhere would have Awaken...
Hopefully on Viki....

Awaken will be on Viki!
Yay!

Oh actually Viki is still seeking licensing at this moment, but I'm sure it's going to happen.
Fingers crossed

In your title photo, is that "L" in the red hanbok and Kwon Nara in the white hanbok? Is this about Joseon's leading transvestite private investigators?

Both those pictures are of Kwon Nara

For Kwon Nara, I'm willing to watch a few episodes before deciding to continue watching or stop. L makes me a bit dishearten since I've watch a few of his drama but never able to finish because of his tendency to overact on certain things that making me cringe so much.

i love saeguks so i will be there!

I really gotta wonder how L is always getting these roles. I know he's a big kop star, but even other big Kpop stars don't get as many shows as him. Really just an ok actor. Isn't this like his third this year or did the angel show come out in the end of 2019, I can't remember.

I’ve had to drop Angel because of L, despite Shin Hye Sun’s powerful acting. I don’t think L’s acting can match up to Kwon Nara’s. So I’ll probably just give this a pass😑