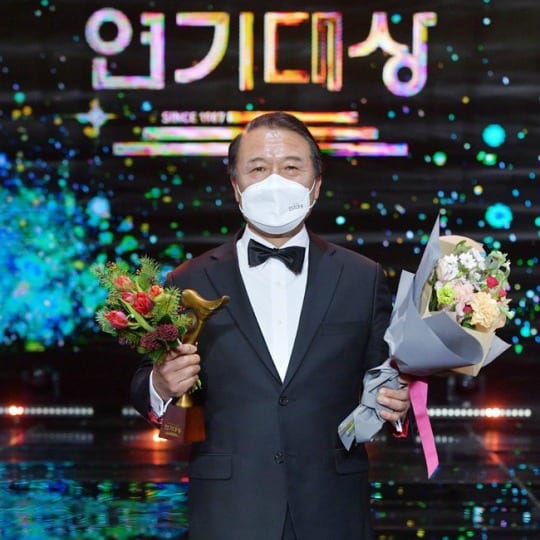 Weekend dramas reigned supreme at the 2020 KBS Drama Awards, with all the top honors going to actors from the broadcaster’s two weekend dramas, Once Again and Homemade Love Story. This year, TV personality Do Kyung-wan co-hosted with actors Jo Boa, Lee Sang-yub, and Kim Kang-hoon.

The Daesang went to Chun Ho-jin, for Once Again, where he played the patriarch of a large family. The weekend drama aired from March to September and it was incredibly popular in Korea; at one point reaching 37% viewership.

Chun Ho-jin began his acceptance speech by thanking medical professionals and continued, “Before filming started on this drama, I told my colleagues, ‘Let’s work hard and have fun, and give hope to those in need of it.’ I think we’ve achieved that goal. So this award isn’t mind alone. To my hoobaes and to everyone who worked hard on this drama, I accept this award as the head of the family.” He also shared a personal story, “My father passed away while I was filming this drama and I couldn’t see him in the end. I’d like to say something in regard to my filial failure. I’m grateful and I love you, Father.” 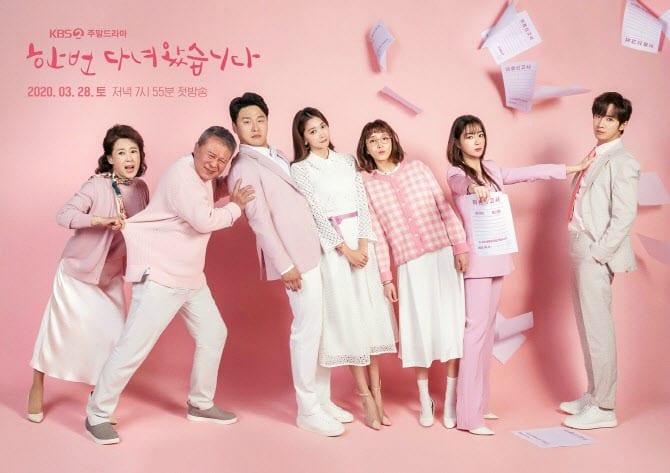 It’s nice to see older, veteran actors receive accolades when often awards go to trendier dramas and younger actors. I’m also happy that one of my favorite dramas, Memorials, picked up awards in several categories. Read on for a full list of all the winners! 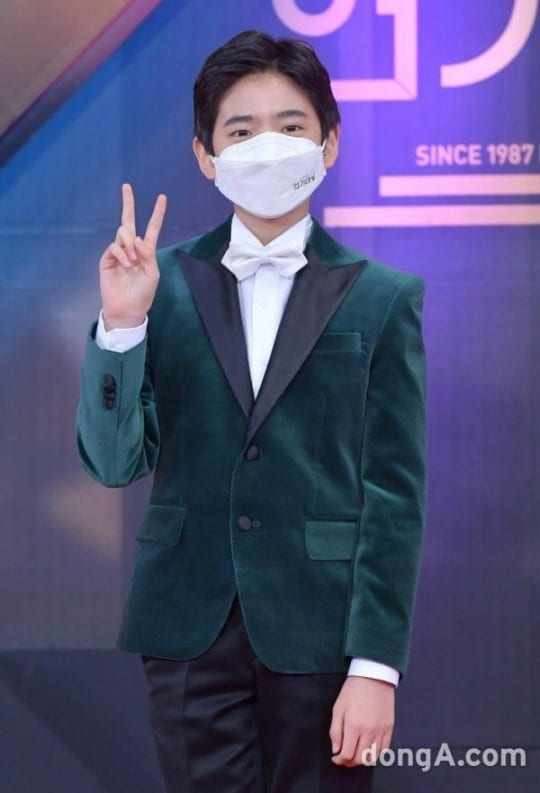 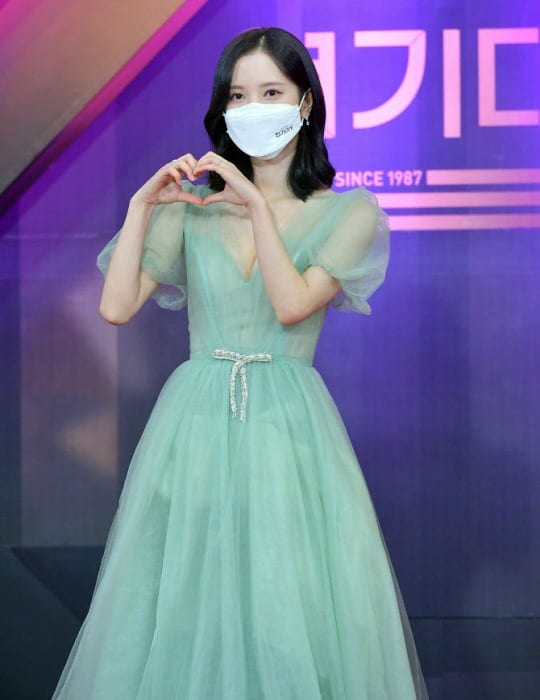 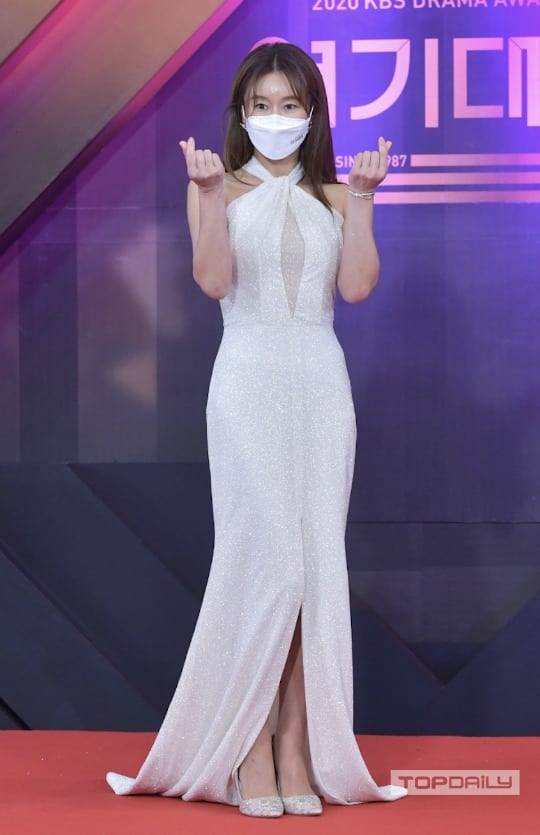 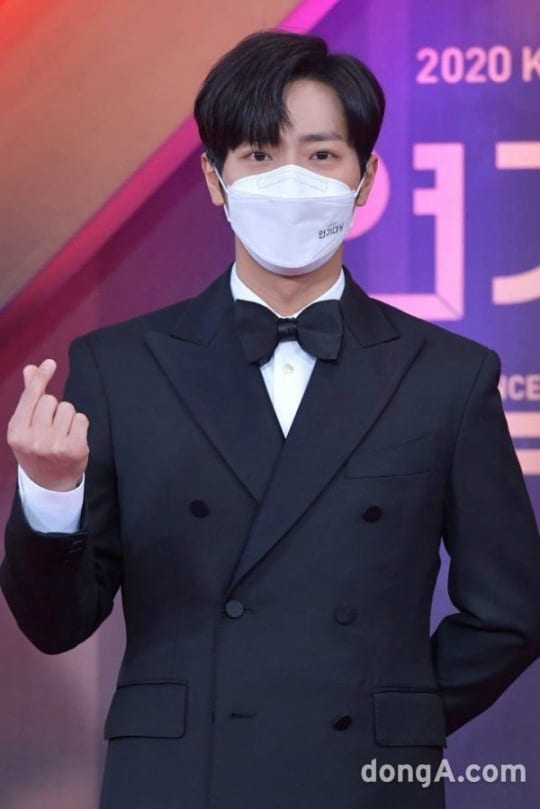 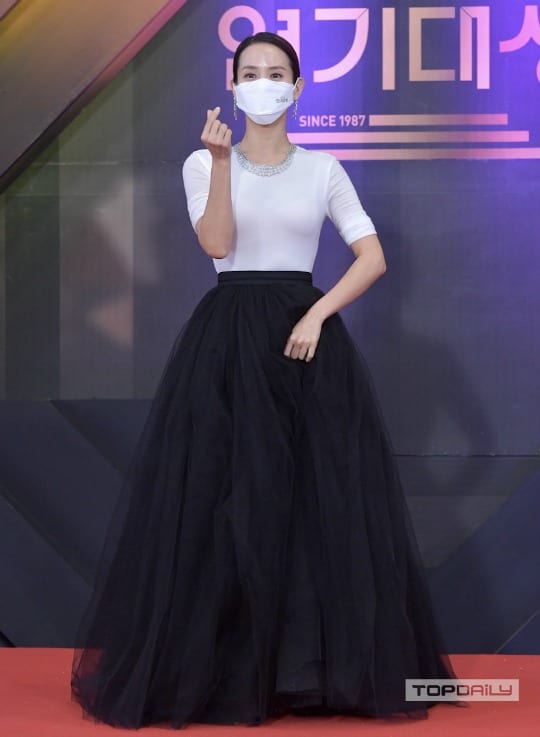 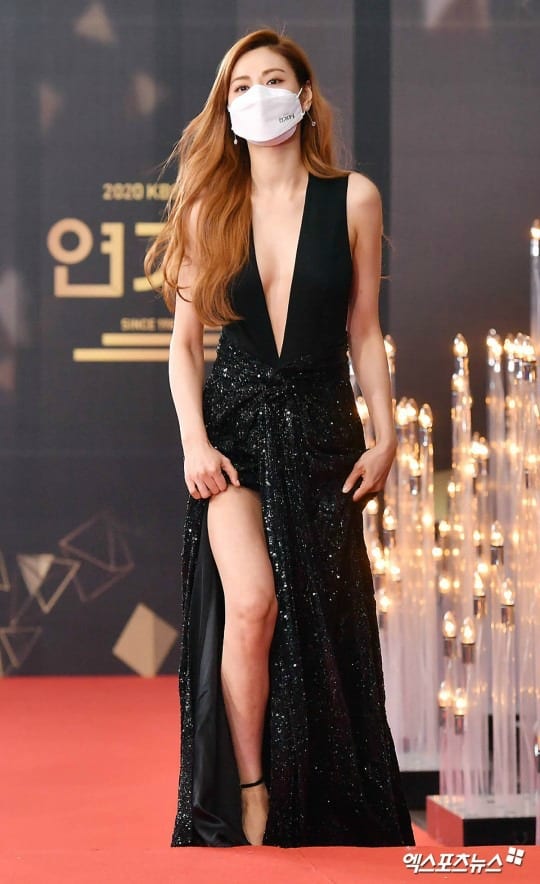 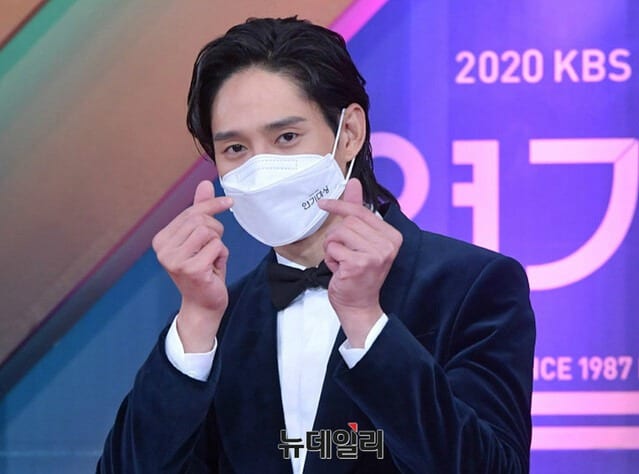 Can’t believe people picked up awards for “Forest”. That drama and everything related to it should be buried like a plague and should never ever be mentioned again.

Like mentioned on another post,this awards are in more or less a feast show were almost everyone and their mother recieve something mainly to keep the relationship going and to work again with their station.For some it has nothing with the quality of the product.

Yes, these are the "KBS" drama awards. They are not meaningless but some are to be taken with a grain of salt. Or a hole cupful in the case of FOREST.

I meant 'whole' cupful. Although a cup with a hole in it may not be too inappropriate.

Oh no awards for Zombie Detective! Happy for Lee Yoo-young, shes become one of my favourites this year from seeing her performance in 2 single episode dramas, shes a really strong actress. I just watched Traces of Love. Wow Nana looks great!

I just watched Traces of Love. Love it! I dont know Lee Sang-yeob's charm before Once Again, but now I do.

I'm really tempted to watch Love Affair in The Afternoon (I did try before, couldn't pass the 1st ep). But I cant stand cheater. No body deserves to be cheated on.

I've heard its really good. I've only seen Lee Sang-yeob in This Week My Wife Will Have an Affair but hes not the lead or a cheater in that one. His storyline is really nice in it. Have you watched it?

*oops you just said you first saw him on Once Again. Anyway its a pretty good drama on the cheating theme...it was a hit on DB.

It did a good job of not being preachy about the overall message that what they did wasn't to be forgiven/just b/c of their situation not to be taken lightly about. Even if they did cheat, it was shown 2 sides and p.o.v's to make us understand or see why they might have. I thought it was handled sensitively and was beautifully.

Although Ep 15/16 were lackluster in storytelling form, b/c it was 70% flashback scenes/voice over lol. The 4 core actors were awesome, as well as the supporting cast too. Thought it was like the slice of life: World of the Married style.

I dont know he is in This Week My Wife Will Have an Affair. I tried that drama and only last till 2nd episode ha ha ha.

I discovered his charms in Nice Guy when he was playing a supporting role. But he was cute as a right man for Moon Chae Won's character.

Lee Yoo-young is slated to work with Lee Sun-kyun up next for yes another streaming site, Mr. Robin for Apple TV+. So that shall be interesting, both are talented actors. :)

I like her too. Her drunk scenes are the cutest ha ha ha

She's someone that grows on you. Her look is un-conventional, and she has these sad eyes but I think the more you watch her, the more she grows on you. I liked her chemistry with KSH in You Drive Me Crazy a lot.

@pohonphee Oh yeah that would be amazing. Speaking of small world, Nana's next drama is with the director of YDMC. Their chemistry was palpable! Ah, altho w/ KSH's newfound fame/popularity, I feel like he might not get paired with her again (?) I just hope his leading ladies are formidable talents, and conjure up sizzling chemistry like those 2 had!!

They didn't really choose, did they? It looks more like : Who can come to the award ceremony? You can, so what award can we give you?

So happy that once again got many awards. It's really nice to see veteran actors (Chun ho jin, park in Hwan, Jung bo seok, Lee Han wi, ahn kil kang) got award to. They really deserve it 😊

Heh I only clicked on this article cos of the photo of Chun Ho-jin laden with bouquets. I like all these guys, and Ahn Kil-kang was outstanding in OCN's Watcher last year.

Yes...their acting ia really natural. And they always bring back the beautiful memories about K-drama in old days

Is Watcher good? Been meaning to watch (pun intended) it. Any dragging?

I loved Watcher, but it does take a while to get going, and it isn't exactly easy viewing. Also, the subs seem a little bit iffy, as they tend to be for OCN shows.

Ah thanks! Will keep this in mind!

Personally speaking, I'm much of a bigger fan for veteran talents. They continue to work, and show class at their old age. Praise the 40s-80s yr old actors still working today! Aging is a natural progression of being a human, y'all!

I’m so, so, so, sooooooooo glad and proud of Memorials and Nana and PSH!!!!!

So happy about Nana and Park Sung-hoon!

The Best Couple bit is a joke, though, LOL. YOU'RE ALL THE BEST COUPLE!

(But we all know who the REAL Best Couple is...)

Yes, INTO THE RING definitely had the best couple- and it was not even close.

No awards for Zombie Detective... So sad😢
I know Park Sung-hoon and Lee Jae-wook did great and I love them (I don't love DoDoSolSol though), but I think Choi Jin-hyuk's role was far more difficult and challenging than them in my opinion. And he totally nailed it.

I found sort of insulting for actors in that category (especially my Choi Jin-hyuk) that Kim Myung-soo (L) was also nominated...

Yes, it's such a shame Choi Jin Hyuk didn't win. zombie detective was such a stand out role, I really think he needs to stick with comedy!

Damn that Nana photo came in like a storm

Cha Hwa Yun should've co-shared that Daesang with Chun Ho-jin. Both delivered strong chemistry and acting together. She was delightful in Once Again. Ho-jin said when his father passed away while filming, that Hwa-yun helped him a lot with that. I also thought Lee Min Jung was another strong contender to win the Daesang, as well since she was formidable in her role.

Jo BoA and Park Hae-jin as one of the many Best Couples (from FOREST?). The secondary romance couple had far more chemistry (in fact they were the only good thing in FOREST- other than maybe the clams).

Nana rocked that dress- of course she is smart and figured out that in this Year Of The Mask we probably were not going to pay much attention to faces.

I forgot to mention how appropriate it was for ONCE AGAIN to get so many of these awards. It was the best weekend family drama in quite some time.

That's b/c writer Yang Hee Seung wrote it. She writes some of the best rom-coms today!! Smart, meaningful, delightful, humorous, and charming shows that say something about relationships (Platonic/Friends/Lovers). She did a great job with Once Again!!

Yes she did do a great job. Fifty episodes is a lot to fill but she still brought her A game- there were some wonderful moments in that one.

Hooray to all the winners, so pleased to see Homemade love story win some awards. I've been enjoying this family drama a lot!!
Congratulations to Ji won and Sun young, I'm a huge fan!
Once again and how to buy a friend, I'm looking forward to trying these dramas out in the future.

My main reason for watching the KBS Drama Awards this year was Nana and Park Sung Hoon. So glad they got a 'Couple of The Year' award along with their Excellence awards. Nana's speech ran long, but it was heartfelt. You could truly see how much she loved her time filming 'Into The Ring'. It was so cute to see she had no shame in admitting she really wanted that couple award. They were my drama couple of the year, so the on stage reunion was truly appreciated. The wonderful surprise was Yonghwa performing the OST from 'Once Again' with 'When the Camellia Blooms' Kim Kang-hoon and a children's choir. I was fast forwarding and saw his face and couldn't believe it. After that performance, the next surprise was CNBLUE's performance of their recently released 'Then, Now, and Forever'. The cherry on top was the confirmation that he is starring in an upcoming drama with Jang Nara. Teasers were one of the highlights of the Drama Awards and that glorious teaser of 'River Where the Moon Rises' has me anticipating the drama even more. I'm already in, but after that shot of Kang Ha Neul, I'm hoping he gets a TMTETS level setup before Kim So Hyun and Ji Soo take over. The drama hasn't started and I already want a prequel. Kim So Hyun looks amazing and this looks like it's going to be another great vehicle for her.