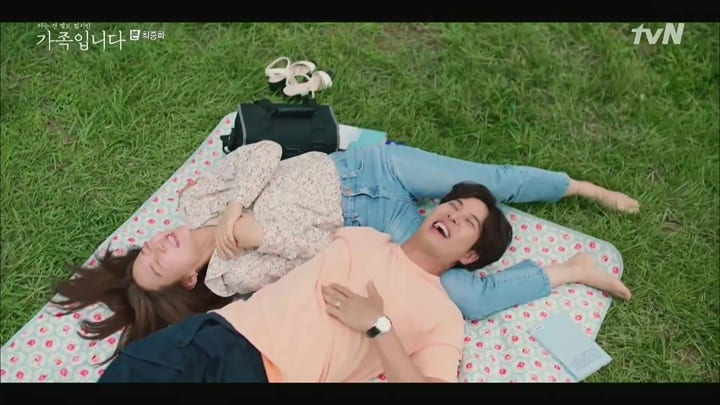 Our world came to a standstill for most of this year, but Korea continued to supply us with our favorite dramas, for which we are most grateful. Drama watching has not been the same, though. Some of us raked in beans to get away from the doomscrolling, while others couldn’t get through even a couple of dramas. Also, I can’t be the only one slightly alarmed at the business-as-usual crowds and hugs on drama sets, right?

We saw a few recurring themes in dramaland this year: horror, animal actors, science fiction, and some typical makjang, and I watched some of each genre. But looking back at the drama year, it’s the feel-good scenes from all these dramas that I easily recall, so I thought I would share how K-dramas comforted me for my 2020 review. *Beware of spoilers* 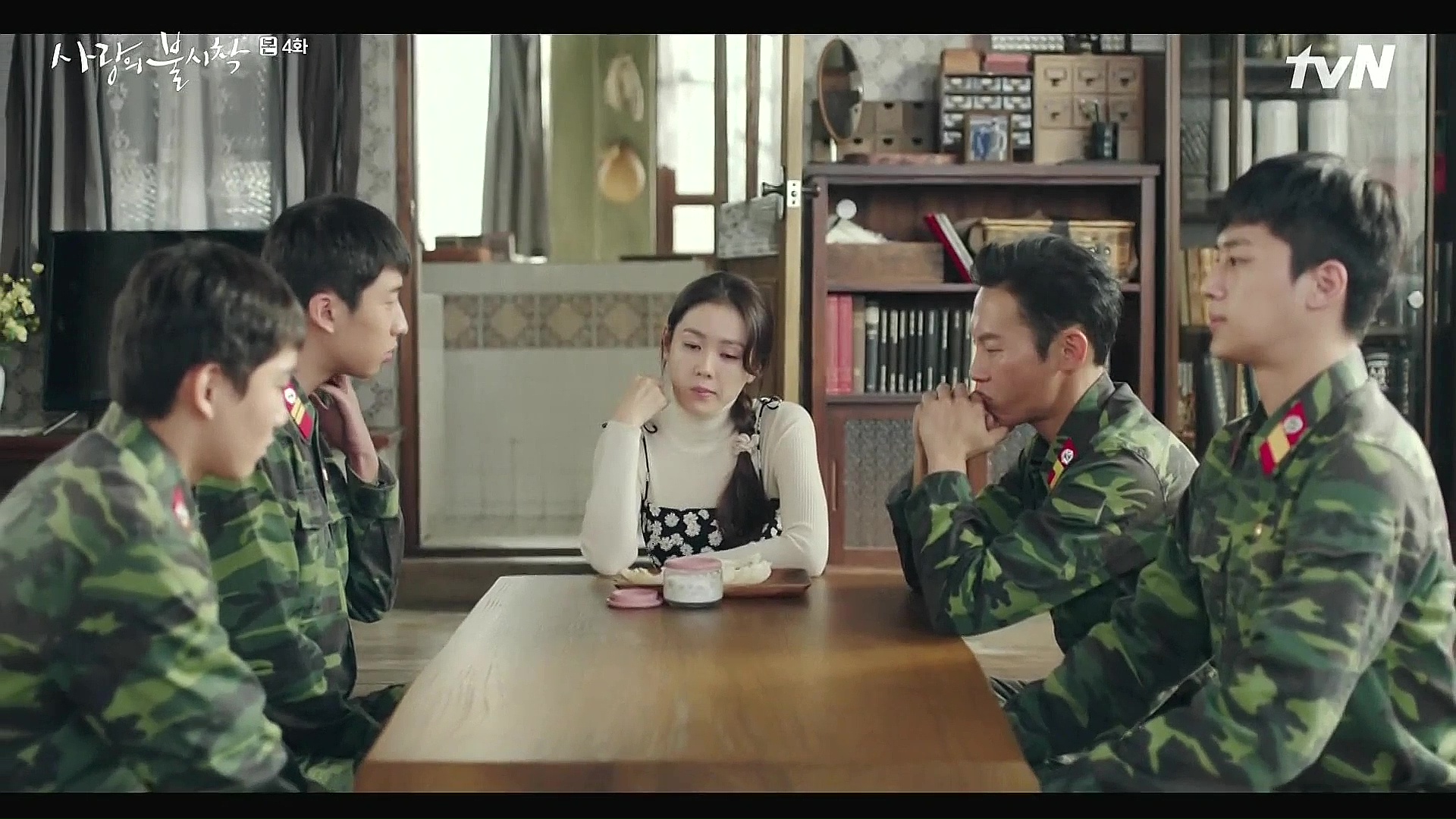 Crash Landing on You

When characters found family
The found family/friends theme is quite common in dramas. As we had to spend our time at home with our loved ones this year, or worried for them when we couldn’t, it was especially uplifting to see characters find family of their own in unlikely places.

The opening up and cheerfulness that comes with not being lonely anymore was a wonderful theme in several dramas. Yoon Se-ri from Crash Landing on You found her Ri Jung-hyuk and ducklings in North Korea; in 365: Repeat the Year Shin Ga-hyun met Ji Hyung-jo (and she would befriend him in every reset, yay!); and Mok Hae-won, Eun-seob, and the book club in I’ll Find You on a Beautiful Day were also a nice example of found family. 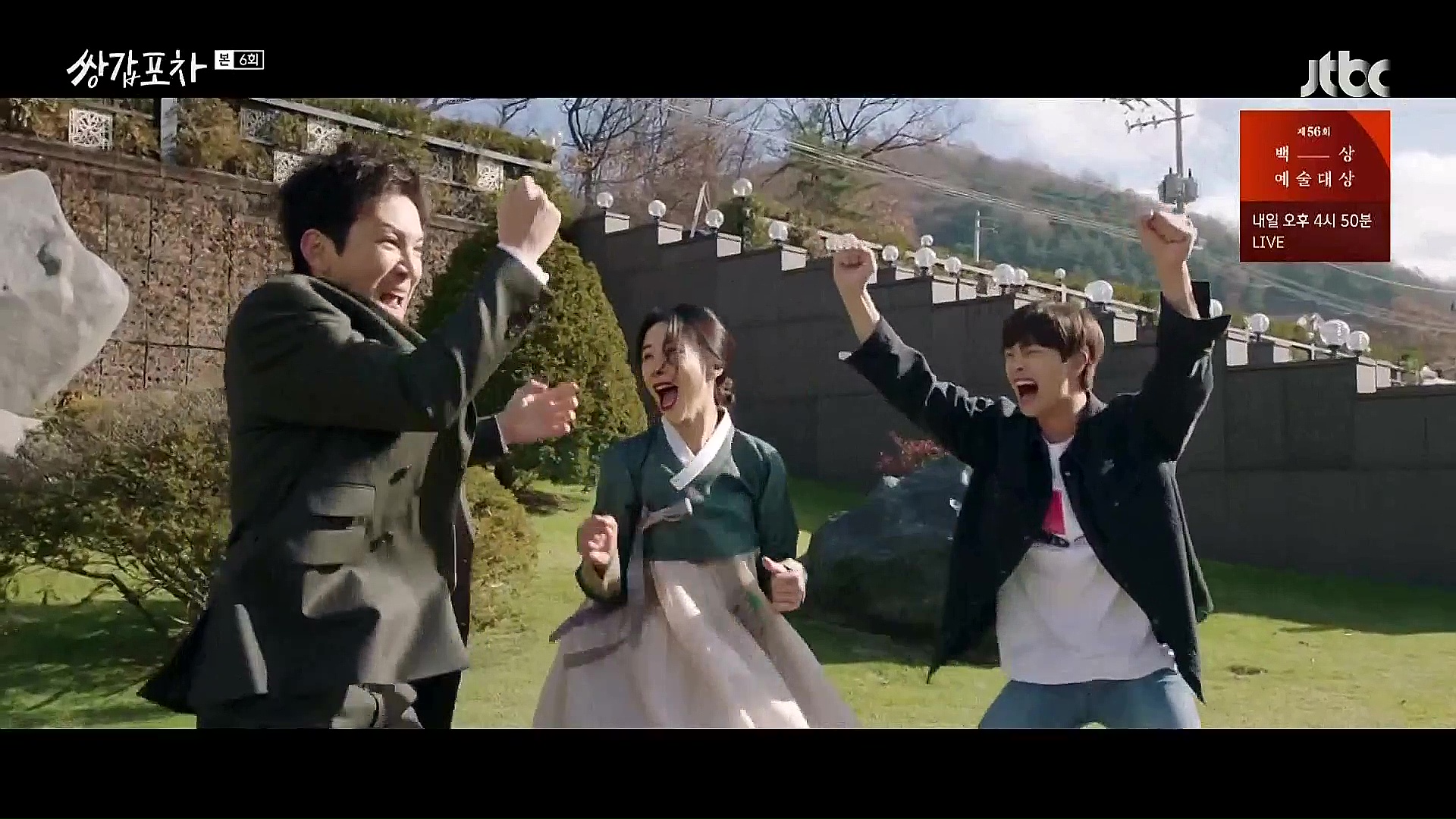 Then there were also few dramas in which these precious connections had to be broken. We saw great examples of this when Kang Hyun-min in The King: Eternal Monarch had his entire life in the parallel world erased with a reset, when Lee Yoo-young’s character in SF8: The Prayer was betrayed by her caregiver robot, and when the hero of Zombie Detective had to leave his new found family to keep them safe.

There were also some dramas this year in which families found their way back to each other. Wol-joo and Manager Gwi in Mystic Pop-Up Bar had been behaving like Kang-bae’s parents, so when they found out they were true family, it was the best possible ending.

The hilarious family in United Effort to Accomplish One Thing put aside their greed to pull off a grand operation in style. And in My Unfamiliar Family, the family worked through secrets and misunderstandings, learned to communicate, and wound up spending quality time together in matching Hawaiian shirts. 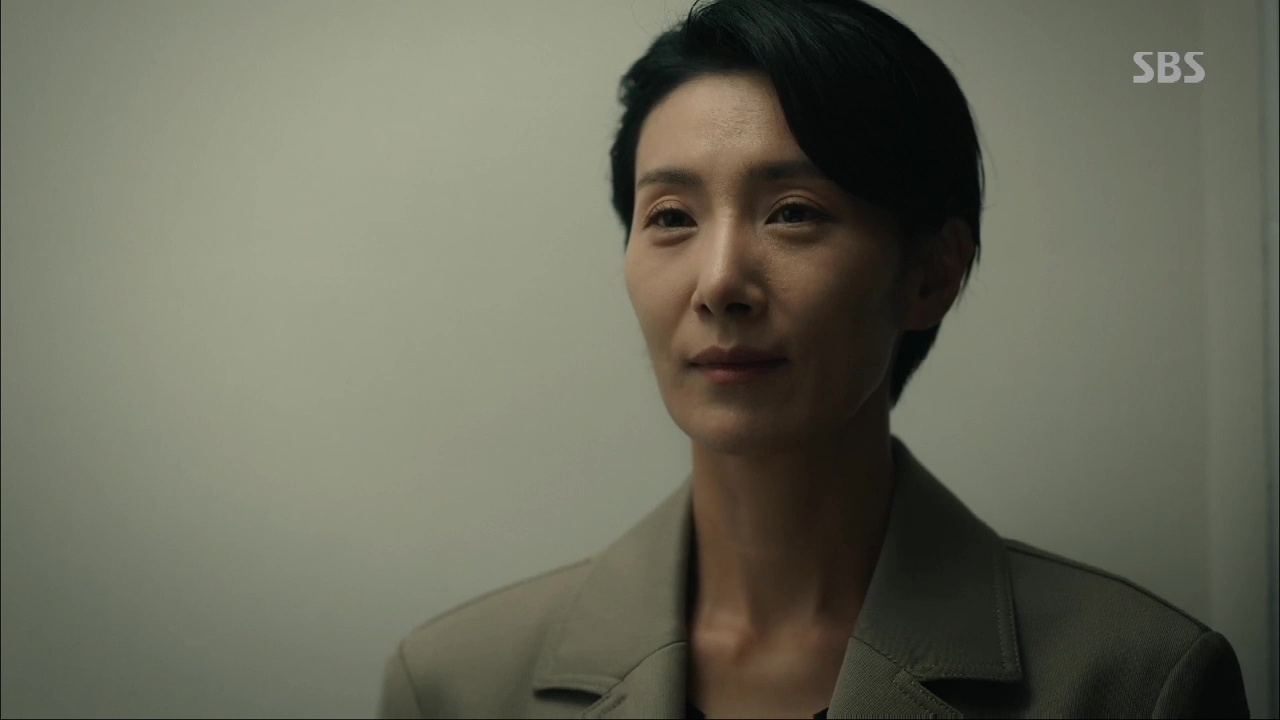 Need comfort? We’re here!
Two of my favorite characters this year were admirable for the constant support they gave to others. Cha Young-jin from Nobody Knows was not just an awesome detective, but she was fiercely protective of her best friend Eun-ho, and his friends. The drama showed how her own mentor had a positive influence on her, and how she in turn impacted not just the teenagers, but also the other adults in the drama.

Another gem of a character was Park Chan-hyuk from My Unfamiliar Family. He was not only there for Eun-hee, but also her entire family. He had a good read on every family member, helped and gave valuable advice to Eun-hee’s siblings when required, and his declaration to Eun-hee that she comes first was the sweetest.

Some other favorite comforting and uplifting moments from dramaland this year were when the book club in I’ll Find You on a Beautiful Day welcomed back Haraboji from the hospital, the story of Park Sae-ro-yi gaining his loyal friends in Itaewon Class, Prosecutor Lee in Diary of a Prosecutor helping his son learn the consequences of bullying, and group spirit and support in Stove League, where they cheered on their pitcher. I could go on and on about all the comforting moments in dramaland this year! 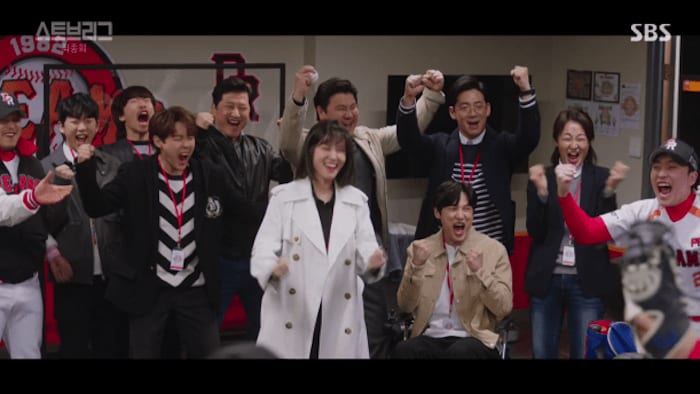 Comfort in comedy
The wackiest dramas of the year gave us some creative and memorable moments, like reincarnation rules, baby-giving claw machines, chicken talk, and the dancing in Mystic Pop-up Bar. We also saw the world from a zombie’s point of view (and the reenactments and meta references in Zombie Detective had us in stitches). Some dramas this year really helped us escape reality for a while. 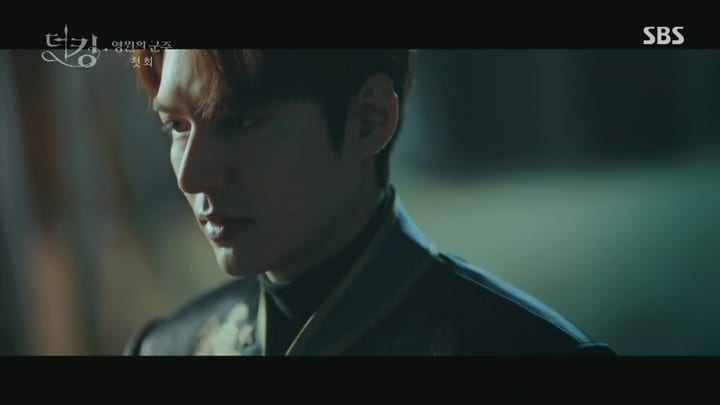 Comfort in absurdity
This year, there were some well-received dramas that I lost interest in after a trope or scene took me straight out of the drama. But there were also a few dramas this year where I just ignored and forgave all the tropes and plot holes.
The King: Eternal Monarch was that drama for me this year.

With the epic and the silly, the eye candy and the PPL, the details and controversies, and so many viewers — there was a lot to discuss. While it wasn’t the best drama in the world, it was a really great distraction while stuck at home in the peak of the summer COVID lockdown, and I anticipated this drama every week. 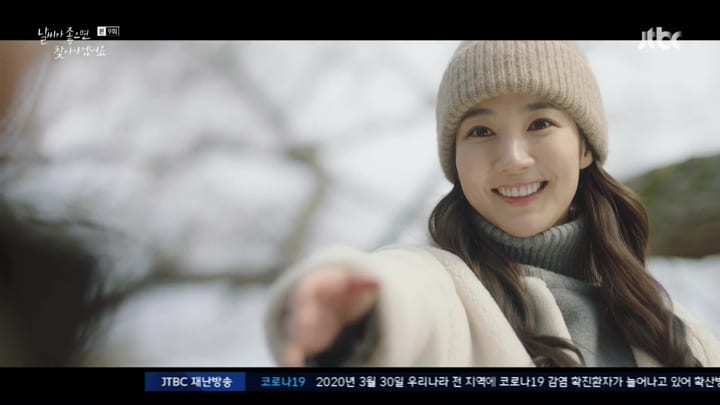 I’ll Find You on a Beautiful Day

Last but not least, comfort from sunny smiles
There were quite a few characters this year who seldom smiled (until they dealt with their pain and trauma), few who did not know how to smile, and few who smiled easily.

I loved the automatic smiles Hae-won and Eun-seob gave on seeing each other in I’ll Find You on a Beautiful Day, I enjoyed guessing whether Baek Hee-sung’s smiles were genuine or rehearsed in Flower of Evil, and I was pleasantly surprised seeing Baek Seung-soo in Stove League, and the oldest sister from My Unfamiliar Family finally smile.

But for me, the best smiles this year came from Lee Jung-hoon in Find Me in Your Memory. I’ll forget everything else, but not his smiles. 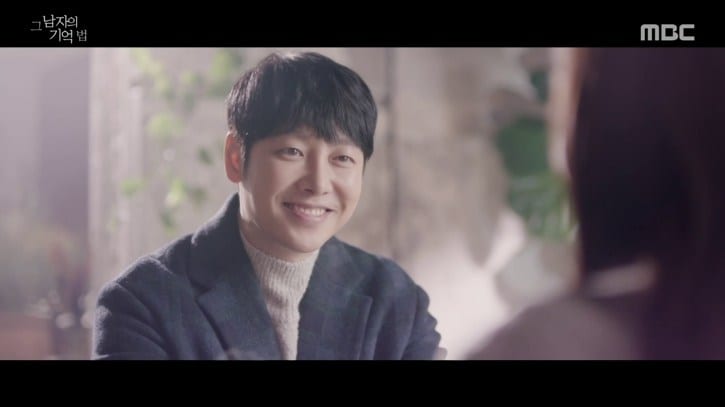 Find Me in Your Memory

This is so beautiful! Thanks for sharing (and congrats on being published).
I specially love the last part about the comfort in smiles: I still have a vivid memory of HaeWon unemotional expression in the first episodes and how she gradually warmed up and began to smile and then realise it was because of EunSeob. Such warms smiles!!
And then I have to add the last scene in Forest os Secrets 2. That last smile was the perfect ending of a perfect show!

And during the last episode when she breaks into that dazzling smile on the bridge and he slowly smiles back - my heart swelled!

Thank you Eazal! From Episode 2 or something they would just smile when they saw each other, like when she entered the bookshop every morning, very cute.

I love what you've written about finding families. This is one of the most striking themes in k-dramas, and it always makes me think of the violence done to families who were separated as a result of the Korean war. It also makes me think of the separation of the country into north and south, and, while many of the current generation have no memory of anything different, the dramas that orchestrate reunions and repair and healing in families seem to suggest that there is a long-standing desire to achieve the same as a nation. This is a lovely review.

Oh by watching the pictures, I realized Nam Goong Min's brother in Hot Stove League is in Awaken too.

Kim Dong-Wook's smile is very warm. He was pretty handsome and charismatic in Find Me in Your Memory.

I need a Park Chan-hyuk from My Unfamiliar Family too. He was the best male character in 2020!

One series that should have been comforting was the marvelously written drama 'More Than Friends' but at one point I became angry when a character decided to travel the world, which seemed hugely inappropriate at this time. They redeemed themselves by inserting a couple time jumps into the story which effectively pushed the world traveling back into the past before the pandemic occurred. That assuaged my anger and I could get back to enjoying the series.

Thank you for this lovely essay, well done! 👏🏽

I’ve watched way more dramas this year than ever before and I think it’s largely due to COVID. Partly due to not being able to do much else - but even after our lockdown, I’m in a country where life goes on basically as normal - I’ve found the structure of dramas to be really comforting in a world that suddenly has abandoned its usual structure.

Congratulations on this article, @edgarpordwed! I agree about K-dramas being a comfort while being locked down in the house due to C-19. While I didn't much like the ending for DoDoSolSolLaLaSol, the warm familiar feelings of friends and families touched my heart as the ahjummas rallied on behind La-la. And how wonderful is it the Halmoni in Start Up told Ji-pyong to come visit her whether he's happy or sad?

Kdramas are often known for nailing the rom-com, the makjang, and the chaebols, but I think what really draws so many people around the world to kdramas is how they have a knack for depicting family and pseudo-family relationships. You can really feel the emotions of those relationships even without subtitles.

2020 has been the year of dropped dramas. I've lost count of the number of dramas i never finished to completion, often leaving them around ep 12/14

Yeah the last few episodes in most dramas can be trying. The shorter dramas this year of 8-12 episodes did much better.

This is lovely @edgarpordwed! Thank you for this roundup. You've captured some beautiful moments that were nice to re-live while reading through.

@edgarpordwed Congratulations on being published! I just wanted to say that I also loved the friendship between Cha Young-jin and Eun-ho. NoBody Knows is truly a gem of kdrama land. I really cannot recommend it enough.

Cha Young-jin is such a wonderful character, a true Warrior Queen. And not just because of her flying kick but because she has this ability to get down to people's level, look them straight in the eye and really *see* them. Her ability to take care of people and protect them was inspiring. And I loved her relationship with all her ducklings, but especially Eun-ho.

Thank you for publishing my article Dramabeans and for all your comments Beanies! 😁😁 Also grateful for so many dramas being recapped and reviewed this year on DB!

Congrats on being published! It was a great article and I'm so glad that characters like Youn-jin got a mention.

Thank you! :) She is definitely one of the best characters this year!

What would 2020 look like without dramas? I can't imagine.