[2020 Year in Review] Of tiger moths and civil servants 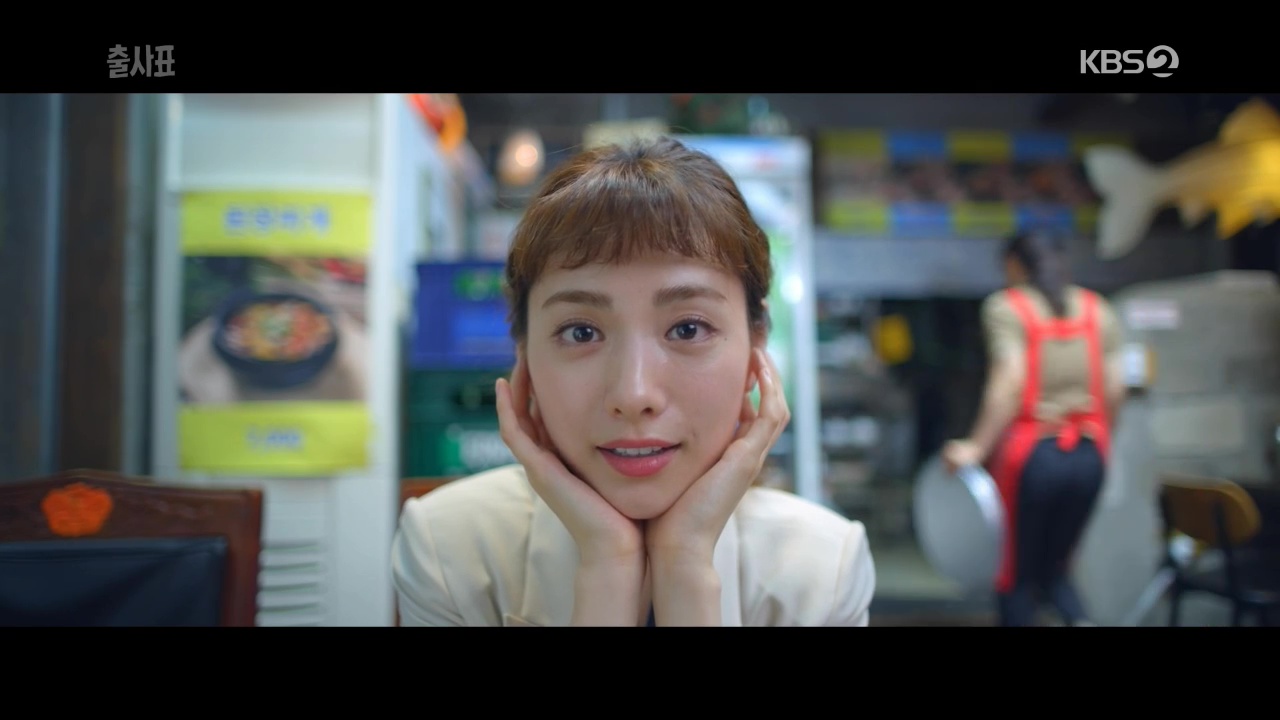 Yep, it’s me again. For the newbies among us: my end of the year reviews have been published three years in a row already, so it is only natural that I want to continue that tradition. Every year counts as one metaphorical book within the chronicles of my journey to permanent employment and happiness, and I was adamant to close the open ending where my trilogy left off last year.

Ironically, I barely had the time to write and send this one in, because I finally got that permanent job and am still busy settling in. In that sense, this entry seems more like an epilogue: not always present in a chronicle, but it makes the ending that much happier.

Unemployment has been a constant theme in both my life and end of the year reviews, and objectively speaking, 2020 was no exception. I got hired right when all hell broke loose in March, and I was back to unemployment within the same week. Since the lockdown froze all recruitment activities, I had the perfect excuse to take two months off and fill my days with books, writing projects, Dramabeans, movie lists, and K-dramas I never thought I would have started otherwise. I should not say this, but that lockdown was good for me. 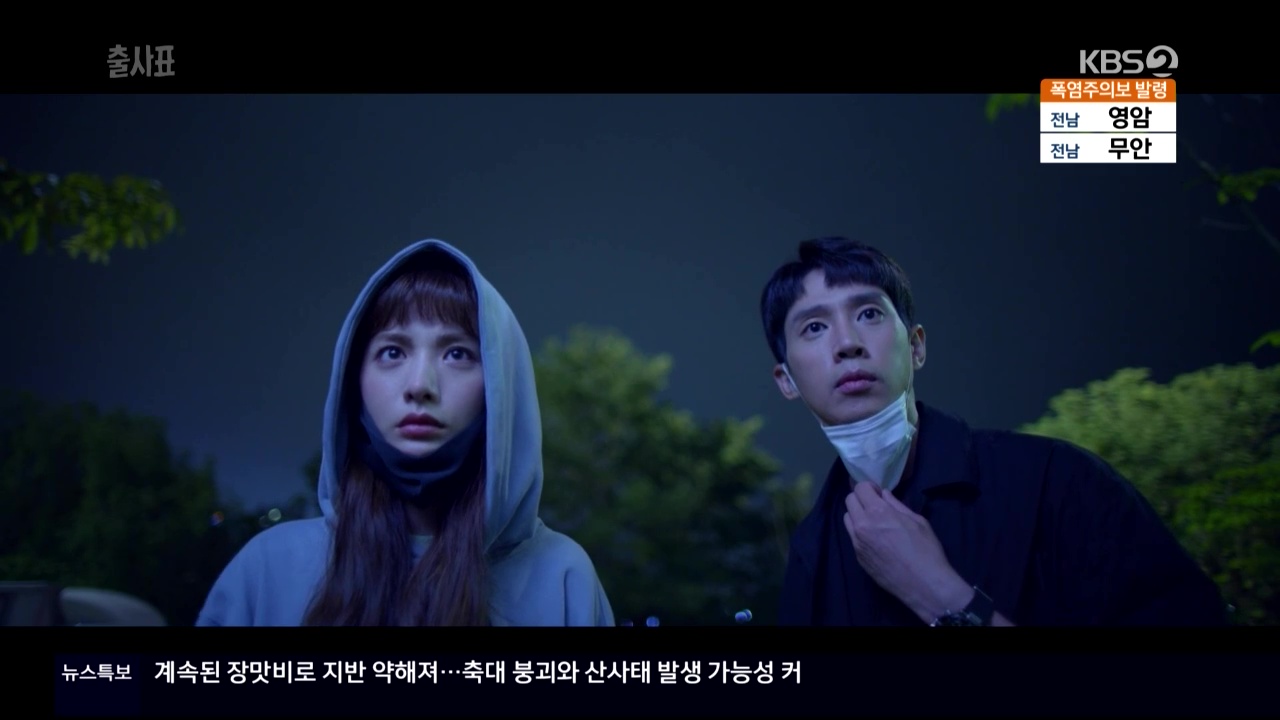 Summer was nearly upon us when this first lockdown ended, and I dreaded resuming my job hunt and saying goodbye to my lockdown paradise. Recruiters were very vocal about their lack of faith in job availability this year, which made me wonder why I even bothered. That was when the promo materials for Memorials (also known as Into the Ring) appeared.

The story features an unemployed heroine, Gu Se-ra, who decides to run for office instead of looking for a job, because district representatives barely work and still get paid a lot. The premise gave me Chief Kim and Special Labor Inspector Jo vibes — two gems that I highlighted in my previous entries — so I knew I had to watch. The drama ended up not being the satirical plot I envisioned, so I didn’t immediately jump the bandwagon when it premiered.

However, in true Se-ra fashion, I caved in and binged the first four episodes while packing for a weekend trip with my besties the next day. That moment was the start of a live watch I will never forget. 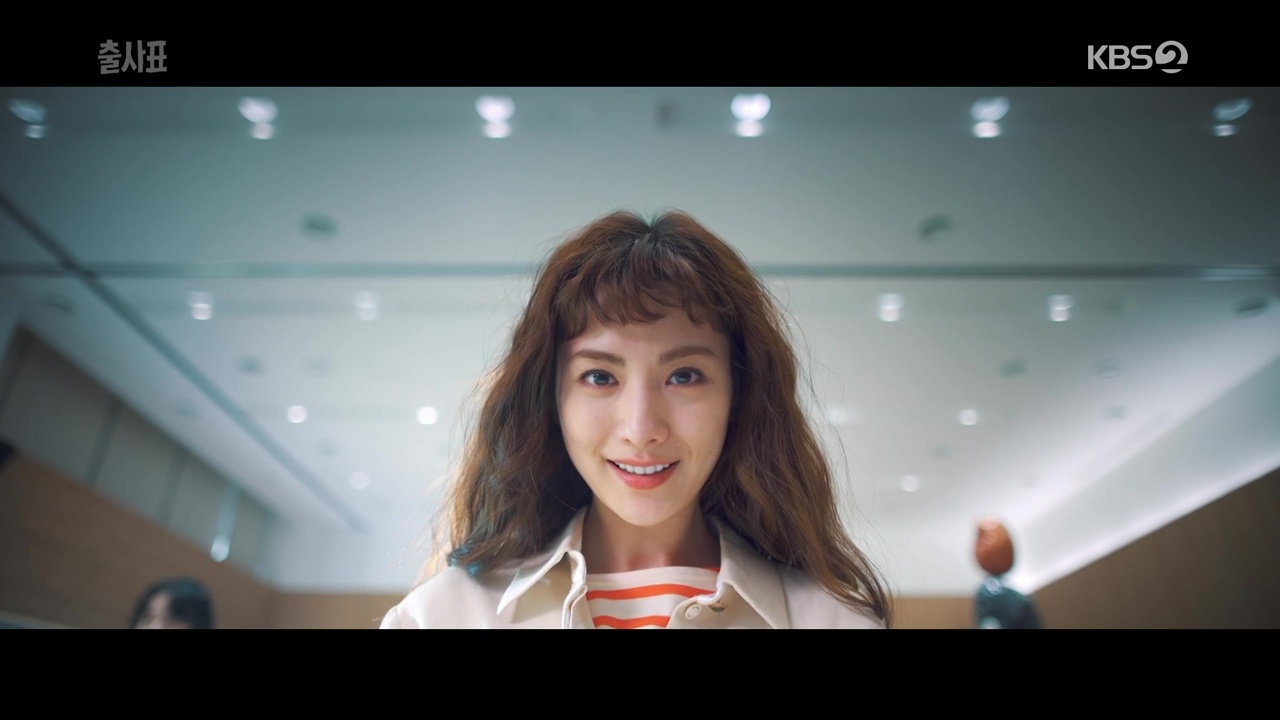 Gu Se-ra inspired me as many characters have done before her, but what makes her special is her resemblance to one of my besties. That friend is also a true “garden tiger moth” when dealing with conflicts. This year, she taught me (among other things) to stand my ground when I was wrongfully fined, instead of simply paying to get it over and done with. She also encouraged me to take up civil servant exams again — because no pain, no gain.

Others were too worried about their jobs to care about mine anyway, so why not give it a try and continue my lockdown paradise without any guilt? The existence of civil servant Seo Gong-myung in the show ended up being a nice bonus as well. 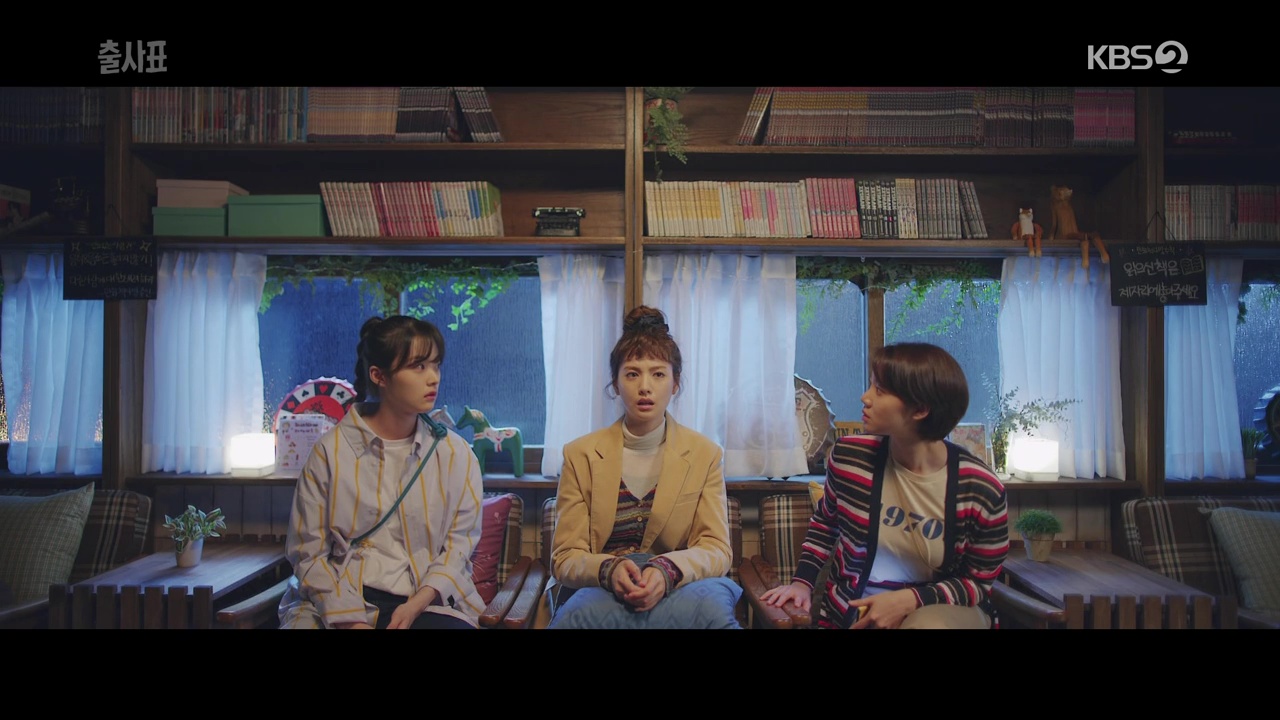 Halfway through Gu Se-ra’s story, however, my friend got diagnosed with cancer. And by the time the drama had finished airing, an allergic reaction to the chemotherapy landed her comatose in the ICU for a few weeks. It was a very close call, but of course she woke up in the end. As if she would let the grim reapers take her when she could literally walk over them like Se-ra totally would!

These ladies will stand up again after falling down, and dealing with failure or hardship. Getting cancer was not my friend’s first health crisis, but her strong spirit has remained intact through it all. She is currently receiving immunotherapy and slowly but surely kicking cancer’s butt.

To honor her suggestion, I took up a couple of civil servant exams while she was unconscious.

She ended up being right, as usual: a few months and exam rounds later, I started the paid internship that will get me appointed as a civil servant next year. 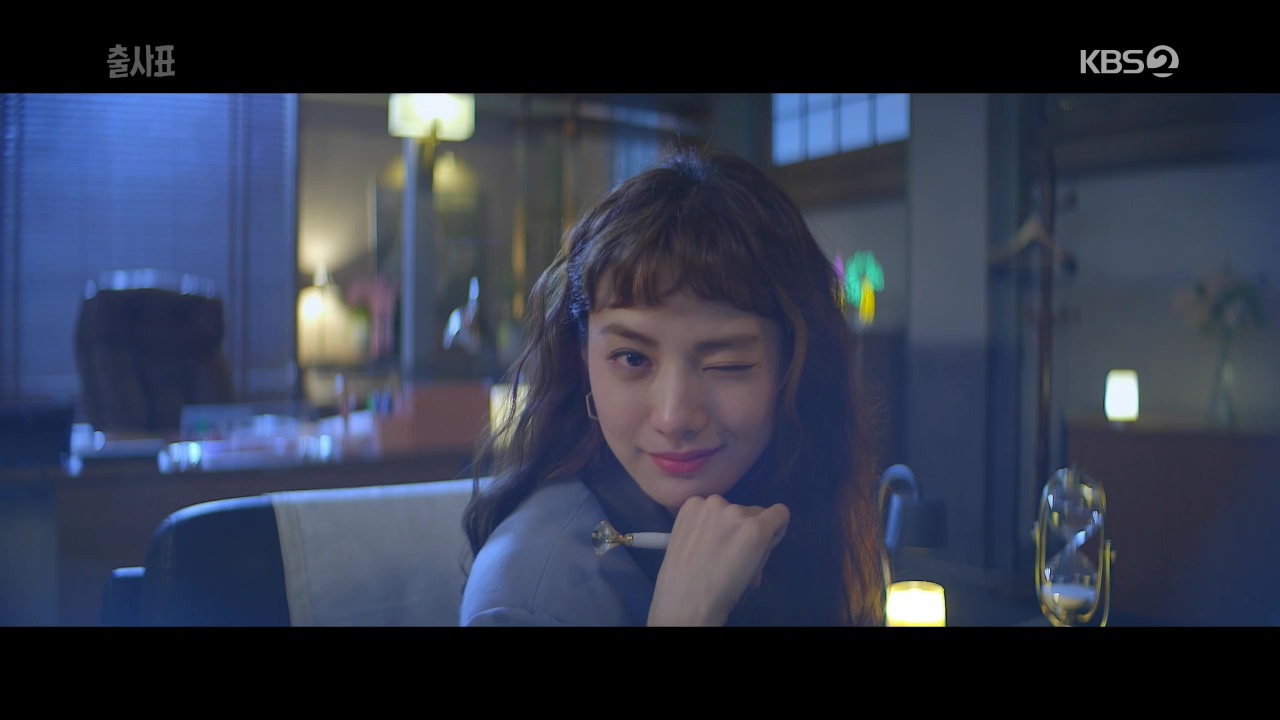 Congratulations on finding employment. It’s been a strange year so don’t feel guilty about your lock down paradise.

I also allowed myself to enjoy the slow lockdown days and put some worries on pause.

@michelleb and @wishfultoki, am I glad not to be the only one who enjoyed the lockdown! Everyone around me suffered terribly and then there was me...

i LOVE your article! i'm so glad your friend is fine, and that she prompted you to venture to take those exams!

like her, i had a health crisis almost 5 years ago now. i had a flu one week, turned into pneumonia, and within 48 hours turned into ARDS... was intubated and put in a drug induced coma for 2 weeks, woke up tied to the ICU bed so i wouldn't pull the tubes out... had to learn how to walk again before being discharged after 27 days in the hospital.

well, i'm still standing (tho hunkered down in my house because i can't risk getting covid/ARDS again)...

life goes on! never feel defeated, one never knows what hurdle we have to jump over... but having an indomitable spirit/attitude helps!
fighting!

covid OR ARDS again. just needed to clarify that i did not have covid. they tested me for all the viruses at that time, right after the MERS outbreak, etc...

i had never heard of ARDS prior to my illness - then once COVID hit, i realized the people were dying of ARDS, fluid filled lungs, just as i experienced.

i'm still hunkered down in my house mostly. i hope no one has to experience COVID. everyone, please stay safe. don't gather for xmas or new years... there's always NEXT YEAR!! but only if you are still alive...

Getting praise from another Warrior makes my day! Thank you for the determination boost!

Waow! A big fighting to your friend! Congratulation to You !

Thank you for your support!

Thanks for this lovely, hope-building end of year review, @turtuallysarcastic. I enjoyed reading it so much. Into the Ring was an enjoyable drama. And it's such good news about your friend and, of course, your journey to becoming a civil servant! Congratulations all round.

Thank you, Se-Ra and her show are true gems!

Congratulations on finding your inner Gu Sera, and career. And thank you for such a lovely, hopeful piece!

Thank you for reading!

Congratulations on, all in all, a successful 2020 ... which we can’t say to many people! I’m so glad your inspirational friend is here to witness your success in the new career!

I cannot describe in words how happy I was to able to share the first impressions of the job with her. She had to know every detail of course. ;)

You made it @turtuallysarcastic!
Great writeup, hoping you get appointed without a worry and your fighter friend gets well soon 🙂

Challenge Accepted & Completed! ;) Thank you, I hope you can get some good news soon as well. :)

Congrats on another great year in review! I always enjoy reading them!!! Continued good luck on your job!

Aaaah, a fan from debut! ;) Thank you for always reading and even hyping them to others! :) Stay safe and healthy!

What a healing review of 2020, @turtuallysarcastic! Thank you for sharing the way in which the meaning and lessons of this year’s dramas were woven into your own story. Wishing you and your friend a hopeful and bright 2021!💗

Thank you! I tend to see symbolism everywhere, and so every year there is that one drama that just changes my point of view on life and another end of the year review is born. ;)

Love this!
I love how this drama is so special. It is also for me.
Thanks for sharing.

Thank you for reading and being one of my watching buddies this year! :)

What an incredibly inspirational review. I enjoyed reading every bit of it. Congrats on all the good things you experienced this year.

Thank you for your kind words, and for reading! :)

This was a lovely review and I hope everything turns out well - for you and your career, finally settling down and being able to breathe freely, and of course for your garden tiger moth warrior friend. Fighting!

Published for 4 successive years? Thats great TurtuallySarcastic! This is a really lovely article dedicated to your friend, fighting for her to be completely well soon and for you to have a thriving career as a civil servant! Good luck! :)

Thank you for your encouragement!

I enjoyed this review so much!!!! I also love Gu Se ra, and I will start a similar journey like hers next year. Not running for office, but finding a better job and enjoying myself more, now that I have learned to be happier with myself. Of course, a bonus like Seo Gong-myung would be too much to expect in real life, but instead, I hope 2021 will be the year where I finally get myself a small dog.
Time is over.
I don't wish for anything else.

Wish me all of you success, please.

Start with the dog, your other problems will immediately dissapear. ;) I am partly joking, I hope that you can remain happy with yourself and find your path to a better job soon! :)

Thanks! I am really crazy about the dog....

Into the Ring was/is one of my favorite dramas of the year, and second runner is Run On. :)
Congrats on the job and on your friend surviving.
Happy holidays to you both!

Thank you for reading, and I wish you happy holidays and a better 2021! :)

Congratulations on your permanent appointment. Into the ring was one of my favs this year, thankfully someone recapped it and I love how you beautifully reflected the show to day to day life activities

Thank you, I could not have done it if the show had not aired precisely when real life created all that drama. ;)

It feels so nice to read this. As a college student, I too am worried about employment and financial independence and reading about your experience gives me relief @turtuallysarcastic

Being a student is hard enough without this pandemic, so kudos to you! I hope you will not have to struggle as long as I did, but if you happen to be that unfortunate, keep in mind that anything could happen. :)
I ended up in a better workplace than anyone, myself included ever could imagine, in a field completely the opposite of my university major. ;)

Thank you so much for words.

Beautiful!!
Keeping my fingers crossed for your friend... and for your new job!

Thank you for reading and your support! :)

Fourth time in a row!🥳 Thank you @db-staff for editing and publishing my entry! Thank you Beanies for reading and leaving such encouraging words!❤️

It has been a difficult year for everyone around the world and I'm no exception. The fact that you have a positive outcome to end this year gives me hope for next year!

I hope 2021 is better for you and everyone else. Thank you for reading! :)

Congratulations on the job. You will find that being a part of a bureaucracy is no cake-walk- it has its frustrations- but it can also be rewarding to serve the public.

for an artist who has 10000 ideas but had to go to work to pay the taxes (artists actually pay 50% more tax here) I was like: lockdown? finally I can just be me. but in the end it started to wear me down.
still, maybe I have to check this show out if it helps to keep my fighting spirit up.