Doom at Your Service 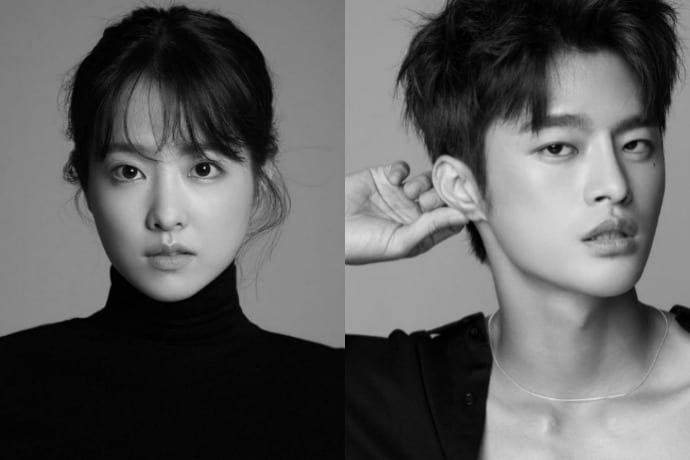 Casting news has been announced for tvN’s new fantasy romance which has the longest title that I’ve seen yet: One Day, Destruction Entered the Front Door of My House. The line-up is confirmed for Park Bo-young (Abyss), Seo In-gook (Hundred Million Stars From the Sky), Lee Soo-hyuk (Born Again), Kang Tae-oh (Tale of Nokdu), and Shin Do-hyun (Memorials).

The drama stars Park Bo-young as a web fiction editor named Tak Dong-kyung, who lived a fairly ordinary life until destiny knocked on her door one day. And she ends up agreeing to a 100-day contract on her life, risking everything, for the sake of love.

Park signs the deal with Seo In-gook, taking on the role of Destruction, and he’s something between a mortal and a god. Although he’s been living a cursed life, his existence is ironically special, as it’s by his existence that compassion and love are able to shine.

In supporting roles, Lee Soo-hyuk plays the head of the editing team where Park Bo-young works. Having good looks and plenty of charm, he’s described as a smooth talker and is well-versed in all areas of romance.

Café owner Kang Tae-oh is roommates with Lee Soo-hyuk. But although Lee is a chaser in love, Kang spent his youth running away from romantic opportunities. As a result, he is still pining for his first love and has a lot of “I should have” regrets about his past.

Despite their differences, though, the two men both end up being interested in novelist Shin Do-hyun. And she somehow becomes mixed up in a love triangle between Lee Soo-hyuk and Kang Tae-oh.

Written by Im Me-ah-ri (Beauty Inside) and directed by PD Kwon Young-il (Unfamiliar Family), tvN’s One Day, Destruction Entered the Front Door of My House is currently being planned to air in early 2021. 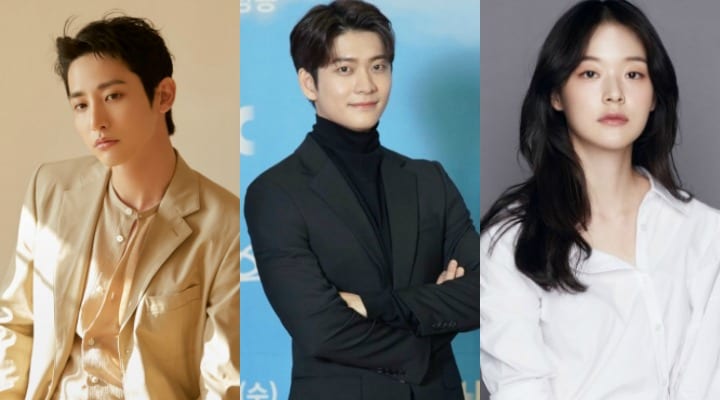 I don't know what I think of anything other than the pairing, which is very "Oooooo!!"

I wonder how Park Bo Young chooses her dramas. It will be her 4th fantastic/SFI drama. Doesn't she want to try something else? Her last 2 dramas weren't written well...

Perhaps PBY is going to do SF/F until she does well in one?

It's what I call perseverance! lol

Let's hope it will be the one!

Strong Woman Do Bong Soon was a fantastic show.

I didn't like it. The couple was great, they had a lot of chemistry. The plot? The other characters? The humor? It was badly written for me.

She plays to her strengths in dramas, she knows that's what gets her the ratings. What I was confused by, isn't she set for filming a film in March with Park Seo Joon and Lee Byung Hyun? She's going to be busy filming this and that film too. Unless this wraps up before then.

She should broaden her acting. Her being cute is not enough for me. Abyss didn't really have good ratings.

Tbh yeah. I've heard she does do dramatic fare in her films. And her persona in rl is more serious. That being said, controversial opinion or not. I feel like actresses who do mostly romance/rom-com fare are type-casted, and get weak roles. Melodramas give more weight and better chances for the actresses to shine imo.

@Kurama She's Fun Size!! AKA 5'1-5'2 :O But then again, I seen other actresses who are similar size move out of their comfort zone to do more wacky/weird fare. Meh. It's up to the actor to pivot away from those type of roles, and challenge themselves.

I love Seo In guk. Oh my... And Park Bo young has chemistry with just everybody.
This is going to be an interesting drama.

I thought JTBC’s ‘I’ll Go To You When The Weather is Nice’ was a loooong title, tvN comes up with ‘One Day, Destruction Entered the Front Door of My House’ title 😆 🤣 😆

Yeah... there'll be some difficulties remembering that. ODDEFDMH doesn't feel that great either. It'll be ODD, for short. May we hope for an alternate name, perhaps?

One Day, Destruction!?! Has a certain ring to it...

From what I read in Soompi, the original title is dun dun dun

"Ruin (멸망)" was just an abbreviation of the title "어느 날 우리 집 현관으로 멸망이 들어왔다." The original title was always "One Day, Destruction (Ruin) Entered the Front Door of My House."

I, for one, prefer literal translations of the Korean titles over the official English titles.

bet we get one!

They had me at SIG. With the addition of Park Bo-young, that's just a crazy amount of scene presence. I don't even care about the story yet. Heck, I don't even REMEMBER what I read about the story. Will be re-reading this article when my inner stan calms down.

No, not there yet.

I'll be back on the morrow.

Seo In-guk!!!!! The rest of the cast is good too though Park Bo-young's drama choices leave something to be desired. Not really digging the title, genre or description but it has Seo In-guk so I'll definitely give it a try.

OH MY GOSH I'VE BEEN WAITING FOR HIS NEXT DRAMA FOR SO LONG. YAAAAAS.

Me, looks at leads..Ooohh yes.
Reads synopsis, hmmm what?
Sees writer and director, maybe this would be ok.

Wait, so the writer wrote Beauty Inside the movie or drama? or was it the same person?

Beauty Inside the drama. Im Me-ah-ri did not write the movie.

The side eye I am giving Lee soo hyuk right now... Mister second lead, you and your good friend Kim jae uck are trying me and my patience but at least today I found your new Web drama, he on the other hand u can't even...

All I ask is for your own story line, 2020 has been a year leave this SL nonsense behind you and move forward...

I will watch this any way, when ever do you get great actors cramped together in hopes of put acting each other??

Hell, yes. Destruction can’t be any worse than what was 2020.

Seo In Guk!! Finally. I’ve been earnestly waiting for his next project, worried that for some reason my favorite actor had decided to effectively retire in his youth. Very much looking forward to seeing this.

i love the casting! Seo In Guk i have been waiting for you! am hoping it will be a fun watch! Lee Soo Hyuk!

WOW! The universe heard me. Just a few weeks ago i was saying how I miss SIG on my screen! And I love PBY as well.

The cast is great, but I can't help cringeing at Beauty Inside writernim penning this. That show had a great cast as well, but was terrible.

Can we make Ziggy an honourary Model Avenger?

Have these two ever been in a drama together? If this is the first time then I'm shocked! Hopefully this is good...

He cameoed in Abyss and Oh My Ghostess, that's it. They've never been main roles together.

Finally!!! Ziggy has confirmed something!!!!!

I see LSH has been relegated to SL YET AGAIN (a CRIME). On the other hand, the Lead is ZIGGY... so.

On the other other hand I haven't heard great things about the writer... alas. Oh well. We'll see.

Seo In Guk is my absolute number 1 in terms of acting, so I will watch this for him, I am excited.

Can someone clarify is Seo In Gun NOT a love interest for Park Bo Young? They're the two kind of actors who have insane chemistry with everyone so the idea of them being a couple would be iconic.

Can someone clarify is Seo In Guk NOT a love interest for Park Bo Young? They're the two kind of actors who have insane chemistry with everyone so the idea of them being a couple would be iconic.

"Although he’s been living a cursed life, his existence is ironically special, as it’s by his existence that compassion and love are able to shine."

Why did I laugh at this part? I think it's gonna be a hot mess but I will check the 1st ep. Scifi-fantasy things rely heavily in execution no matter how good the plot is. Let's hope the PD knows how to do it.

This makes me so happy! I have been in a K-Drama slump for more than a year and I love Park Bo Young, but I have seriously missed Seo in Guk. He delivers in every role and he always tries new things. I have yet to see him repeat himself.

This is also why he is my favorite!!

and they are back
Ingukkie AND Elf Oppa?
gosh. I hope it will be like HSKoS. I enjoyed the bickering so much.

somehow I feel that Ingukkies character will be a pissy-ass mothafuka kind of something inbetween Monkey king & Dokko Jin?
I have missed those type of ultimate narcissist.
but maybe im wrong... I dunno

Super excited to be here! Gukkie just posted an IG story of him or someone else at the recording studio working on a song. My heart skipped a bit. I miss his voice soooo much. Not sure if it's an OST for Ruin or a single or a new album. This is just icing on the cake for me.

I second the sentiment of PBY's recent choice of dramas.. I loves PBY but her last two dramas aren't that good compared to her glory days in movies with CTH, SJK, and that Oh My Ghostess. But nonetheless the pairing is such a delight! I hope it wouldn't be wasted on this series.