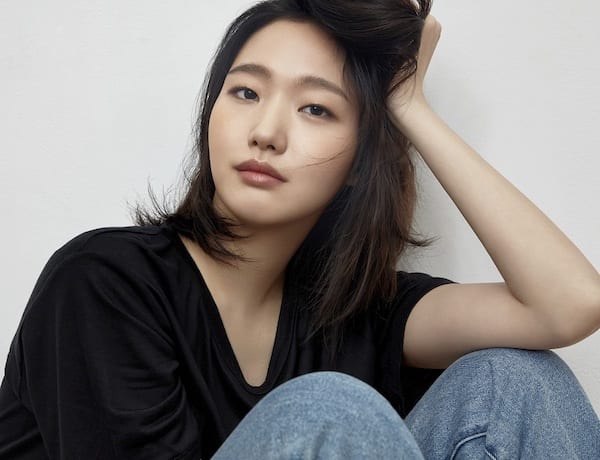 Kim Go-eun (The King: Eternal Monarch) has embarked upon her next drama project. Yumi’s Cells is an adaptation of a webtoon about an ordinary woman in her thirties. The drama has an interesting take: the point of view switches from our heroine’s reality to what her brain cells are thinking.

The serial webtoon Yumi’s Cells, by Lee Dong-gun, ran for 5 years on Naver, and recently wrapped up last November. It was extremely popular with a view count of over 3.2 billion.

The starring role of Yumi will be played by Kim Go-eun. The character of Yumi is one that has a bit of difficulty expressing her emotions, but through her work and love life, she matures and learns to embrace the small joys in her life. The drama will also portray how each of the cells strive and sacrifice to help Yumi reach her dreams and attain happiness. Kim Go-eun said of the project, “The fact that ordinary girl Yumi’s love story kept so many viewers captivated for so long is a testament to how relatable it was, so I have high hopes for the project.”

The script for Yumi’s Cells will be co-written by a team of threescreenwriters: Song Jae-jung (Memories of the Alhambra, Unstoppable High Kick), Kim Yoon-joo (Find Me in Your Memory), and rookie writer Kim Kyung-ran. It will be directed by Lee Sang-yeob (Familiar Wife, Shopping King Louis).

Yumi’s Cells will likely begin filming in the first half of 2021, but currently there is no broadcaster attached.

Can we have cameos for the random cells?

Omg, yes! Hahaha! I didn’t even think that could be a thing, but I wouldn’t mind that idea. Could be so much fun! Definitely intrigued on finding out how they’re gonna portray Yumi’s cells, for sure.

I hope with all my heart this is good, but how will the cells be portrayed? Will they be animated? (Something like lizzie mcguire), or will people dress up as them? If they do it the second way it will be a bit I don't know ... uncomfortable.
I hope that three writers will be able to bring the idea to a better conclusion.
PSD: I don't feel much empathy for the MOA and W writer, but since the story starts from a good webtoon and is co-written, I may be able to ease my concern.

Omg, I thought of Lizzie McGuire, too! Haha

Remember that they mentioned they would add graphic as well more likely for the cells so it will be a mix,quite curious about how that will come out.

Sounds like an adult version of Inside Out. Should be interesting if it deals with things like imposter syndrome and looking for an adult before realizing you are an adult.

(I don't read webtoons, so I'm happy to go in without any prejudices.)

If Yumi's Cells might classified as first ever live-action/animated K-drama, I didn't think there will be a rare opportunity that animators could give it a chance.

Before that, there's only an animated movie that only listed on Hancinema so far, but I think the animated film will be the first to release before the adapted drama.

Reminds of KGE role in CITT, I think she's perfect for it. Who's the male lead?

No news yet, but my ShinTak fangirl self is already wishing it could be Gong Yoo! I doubt it (isn’t he signed on for another drama? Idk...), but a (fan)girl can dream...

I am picturing the Anime “Cells at work”. That’s..a choice.

Wish an actress in her 30s got this role. No shade to KGE, just that I have some 30+ actresses who I wish were in better projects or in projects at all.

Yay, Unnie’s back!!! I’ve actually been wishing Kim Go-eun take on a more simple, slice-of-life genre, ala Cheese in the Trap, since her last two dramas have been fantastical characters and worlds, so this is fabulous news and I’m super stoked about this new project of hers!

In fact, I actually started reading the webtoon, and it is ADORABLE. I’m really curious how they’re gonna portray the cells in Yumi’s head–whether it’ll be mini li’l Go-eunnies, or if it’ll be li’l cartoon characters. I can’t wait to see who’ll sign on to be the male lead/Yumi’s romantic interest. Gong Yoo would kinda be perfect. Just sayin’. Just throwin’ it out there, universe.