A middle-aged woman has been pushed to the breaking point by life. She crosses paths with a young man who is also in a dark place and mourning the loss of his friend. The two begin to learn each other's stories.

A middle-aged woman has been pushed to the breaking point by life. She crosses paths with a young man who is also in a dark place and mourning the loss of his friend. The two begin to learn each other's stories. 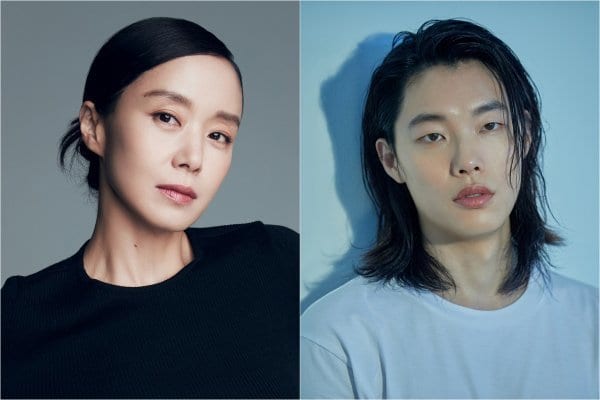 Jeon Do-yeon (The Good Wife) and Ryu Joon-yeol (Lucky Romance, Little Forest) have confirmed that they will star together in JTBC’s upcoming healing drama Human Disqualification. It’s about ordinary people who have worked hard all their lives, only to realize that they haven’t reached their goals or become anything.

Directed by Heo Jin-ho (Princess Deokhye) and Park Hong-soo and written by Kim Ji-hye (My Love, My Bride, Architecture 101), Human Disqualification is all about real people and their lost dreams. Jeon Do-yeon plays a woman who hasn’t become the person she wanted to be and has lost her way. Ryu Joon-yeol plays a man facing the end of youth, who realizes with fear that he may not be able to become anything.

Jeon Do-yeon’s character is a ghostwriter who dreamt of writing something original in her own name. Although she tried her best, she wakes up one day feeling that she’s a failure and begins to question the meaning of her own existence. She begins to walk the downhill path in life’s vicissitudes, with all the accompanying anxiety, emptiness, loneliness, and disappointments.

Ryu Joon-yeol’s character manages a service company. He grew up poor, and always wanted to become rich. His company caters to the wealthy, providing any errand role or service in their stead no matter how dangerous. At the cusp of his life, where he should be on the up-and-up, he realizes he hasn’t become anything and loses his purpose.

The character is an amalgamation of contradictions. He seems like an adult, but sometimes shows the frail sentiments of youth. He seems aloof and sarcastic, but a part of him desperating wants to be needed by others. He meets Jeon Do-yeon, and together, they undergo some interesting transformations as they share with each other their emotional scars.

Apink’s Sohn Na-eun (Will You Have Dinner With Me) and Yoo Soo-bin (Crash Landing on You) have also confirmed to join Human Disqualification, but their roles have yet to be announced. Additionally in the cast lineup are actors Park Byung-eun (Oh My Baby), Jo Eun-ji (Entertainer), Kim Hyo-jin (Private Lives), and Park Ji-young (When I Was the Most Beautiful).

Human Disqualification will air on JTBC sometime in the latter half of this year. 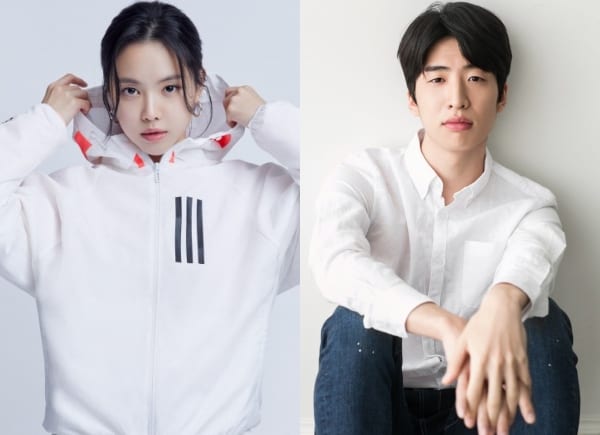 I was just thinking yesterday how long it's been since he was in something. I'll take anything at this point, just PLEASE give me some Ryu Joon-yeol! I can only rewatch Reply 1988 and Little Forest so many times!!

Anything as long as Ryu Joon-yeol keeps that haircut :D

I follow him on Instagram, and every time he posts a picture, I think about how it's been FOREVER since he was in a drama. I never thought the day would finally come.

I love both actors but I didn't really like Architecture 101 (never understood the success of this movie and Suzy).

Yoo Soo-bin's last drama was Start-Up not Crash Landing on You.
I remember Sohn Na-eun in Dinner Mate and she wasn't really good, it didn't help that her character was awful...

Ah no, he wasn't. But it was the same writer.

I'm actually starting to get a bit excited by this - the premise seems very fresh and introspective. I hope they pull it off! Definitely has the potential to be something quite emotional and beautiful.

I'm all for an existential drama with this stellar leading cast (Naeun tho...I have a LOT of doubts).
Jeon Doyeon plays these characters really well, her subtle eyes and overall expressions are really a treat to watch as a viewer. I haven't seen Ryu Joonyeol in anything but I've heard nothing but good things.
I'm excited to try watching this!

It's probably premature and wishful thinking, but I am getting a gender-swapped My Ahjusshi vibe from this and it makes me really excited. Jeon Do-Yeon is one of the truly great ones...

Your not the only one! I also sense a gender swapped My Ahjussi vibe too. Two lost souls finding each other. Plus it seems the amount of women cast here sound like it's part of her tribe of people, like My Ahjussi was lol. A film director known for those type of films, and two film stars sounds really intriguing to me! I notice more and more film talents (Directors/Writers) have started to work in drama land more in the last few yrs! Exciting!

I am re-watching Reply 1988 and was just wondering yesterday when we would see Ryu Joon yeol again. This is happy news! I hope it goes well; his acting deserves attention, more than he has received.

From the premise, this sounds like the kind of drama I fall in love with. Hopefully, it is good.

On a personal level this is going to hit home a little too closely. Either it will be cathartic or too painful. I am hopeful for the former.

Hoping it's cathartic too (also hoping it doesn't go the atypical route of fulfill your dreams even if it's late rather than finding closure on current condition since many people cannot afford to chase their dreams throughout their lives). I'm pretty sure many people can relate with the premise alone.

Because as the premise says, they have already tried hard enough so hopefully it won't go the atypical route of trying even harder.

Yes, I hope the show will provide realistic commentary on failure, success, and dreams rather than using rare and unrealistic scapegoats to fix the situations (like Ryo Joonyeol's character hitting a lottery or getting a sponsor) to give us a kumbaya story.

This looks cool and hopefully this means Sohn Na Eun will have reduced screen time. I like the leads otherwise.

this sounds way too relatable to how i’m feeling these days. if the execution is right, this could be excellent.

i’m down as long as Ryu Joon-yeol gets to keep his long hair and Sohn Na-eun doesn’t get too much screentime.

Ok this one seems to hit a little close. Had an existential crisis myself last year- after a 15 year career I felt like I had trapped myself in a place that I never wanted to be in the first place. And worse had nothing to show for. Want to watch this. Also ryu joon yeol! Yay!!!

I haven't watched anything with the leads in it so I dont know how to feel about this but I have heard only good things about Ryu Jun Yeol. I'm happy to see Yu Su Bin and not happy to see Son Na Eun.
PS: RJY in those long hair has got me feeling some type of way

Am soooo pumped up for this! It’s gonna be soooo good *fingers crossed*

It’s about ordinary people who have worked hard all their lives, only to realize that they haven’t reached their goals or become anything.

This cuts too close to home for me to want to watch.. well, that and sohn na eun.

THE QUEEN IS BACK. Honestly, that's the only reason I need to watch this show.

But I'm also pleased that Jun-Yeol is finally returning to dramaland! With a project that I'm actually interested in watching! He's great, I love him, but there's only so many crime/action movies that I'm willing to watch in a year lol.

From the premise I am confident Ryu Jun Yeol ia gonna nail this role. Am so excited about this as he finally comes back to dramaland.