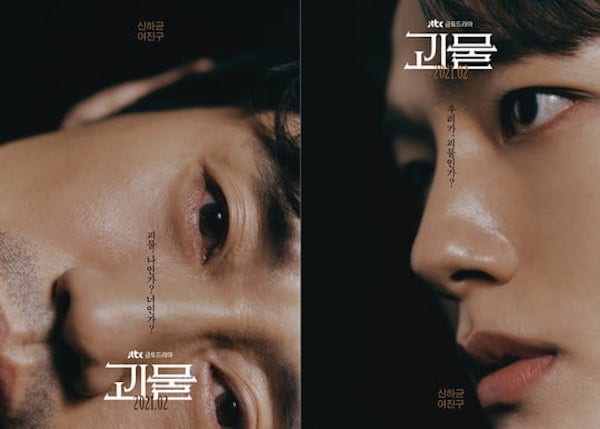 Psychological thriller-mystery drama Beyond Evil (previously known as Monster) has released new promo, featuring Shin Ha-kyun (Soul Repairer) and Yeo Jin-gu (Hotel del Luna). While the two men pursue the truth behind a serial killing case, the drama constantly challenges viewers to question who the real monster is: is it you, me, or all of us?

Shin Ha-kyun plays a local village policeman who was once a successful violent crimes detective. Although in terms of seniority, he shouldn’t, for some reason, he’s become the resident errand boy at the police station. Yeo Jin-gu plays an elite detective with a secret. He comes to Shin Ha-kyun’s village and becomes his partner. When the serial murder case that effectively halted Shin Ha-kyun’s career trajectory twenty years ago begins up again, Shin Ha-kyun and Yeo Jin-gu become entangled in it together.

The posters show close-ups of Shin Ha-kyun and Yeo Jin-gu. In Shin Ha-kyun’s poster, it begins to ask: “Monster, is it me? Is it you?” And it ends in Yeo Jin-gu’s poster, “Are we all monsters?”

The teaser begins with Shin Ha-kyun in a dark kitchen, and it sounds like he’s confessing to a murder, though the Korean is vague enough that he could be re-telling a story he’s heard. In response Yeo Jin-gu immediately replies, “How? How was the person murdered?” Shin Ha-kyun looks up from slicing his meat, and begins to laugh maniacally.

Yeo Jin-gu runs through tall grass, desperately searching for something in the night, as Shin Ha-kyung’s voiceover says: “There are no secrets here… There’s always someone watching.” Copy on the screen appears asking, “Who among us is the monster?” The last scene shows Yeo Jin-gu and Shin Ha-kyun facing each other. Shin Ha-kyun peers closely and brings his flashlight up toward Yeo Jin-gu, and we hear Yeo ask, “Who killed them?” Shin slowly begins smiling with an insane glint in his eye.

Friday-Saturday JTBC drama Beyond Evil, directed by Shim Na-yeon (A Moment at Eighteen) and written by Kim Soo-jin (Mad Dog), will begin airing in February. 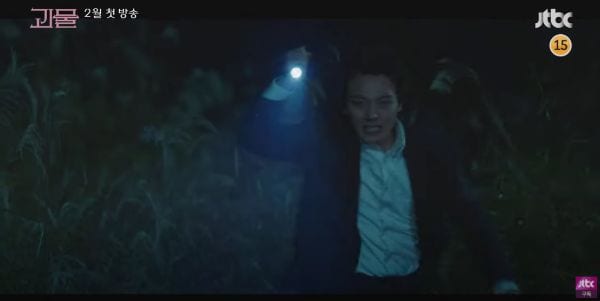 I'll watch. Yeo Jin Gu does best when he isn't trying to romance a woman. He plays better off of male actors and has better chemistry with them.

I agree for the most part. Just wish if he is paired romantically, they'd cast a similar-age fellow former child actor. I always thought he had great chemistry with nam ji hyun back in the day.

That is fair and even Kim So Hyun as well.

Nam Ji Hyun always has a great chemistry with her parners. I still want her reunion with all her old partners like Kim Soo-Hyun (Will it Snow for Christmas) or Kang Ha-Neul (Angel Eyes)! :p

Finally!! Been waiting for a new Yeo Jin Goo drama for a long time now! Shin Ha Kyun is an amazing actor and I'm so happy to finally watch Yeo Jin Goo act with him. The casting is very strong so here's to hoping the story and execution will be good.

I’ll watch at least the first few episodes. YJG is always a delight.