River Where the Moon Rises

Set during a tumultuous time in the Goguryeo era, a female assassin learns that she is actually the princess. With the help of allies in and out of the court, she fights to win back her country and rightful throne from the corruption that has taken over.

Set during a tumultuous time in the Goguryeo era, a female assassin learns that she is actually the princess. With the help of allies in and out of the court, she fights to win back her country and rightful throne from the corruption that has taken over. 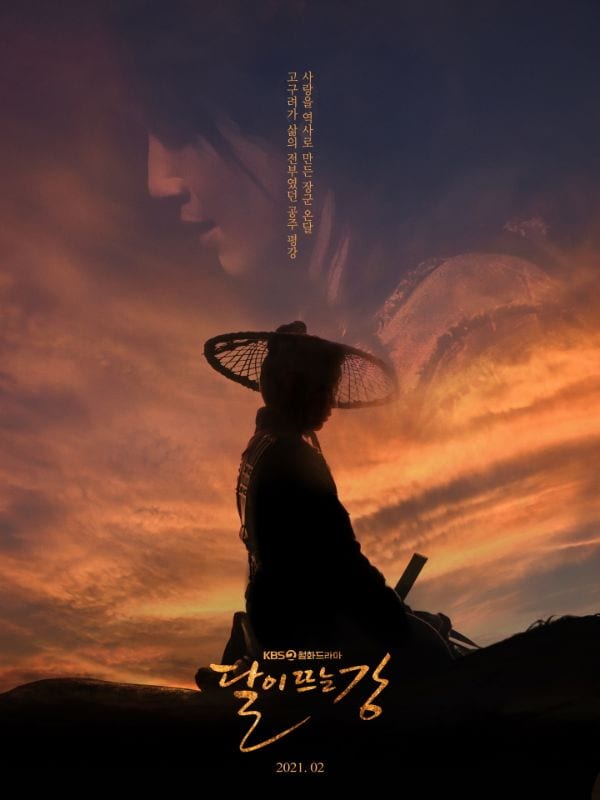 River Where the Moon Rises is the drama I’m most looking forward to in 2021, and it’s released new stills. In this Goguryeo sageuk romance, Ji-soo (
When I Was the Most Beautiful) and Kim So-hyun (Love Alarm) respectively play a village-idiot-turned-general and a princess who wants to be king.

The poster shows a shadowy outline of Kim So-hyun on horseback, with Ji-soo’s face in the clouds. The text reads, “A general whose love became history, On Dal” and “A princess whose entire life was Goguryeo, Pyeonggang.” The stills show Kim So-hyun also on horseback, rocking some armor and engaging in battle.

This folktale adaptation drama has all the ingredients to be awesome. A kickass female lead with strong ambitions, and a supportive romantic male partner who knows how to sacrifice. Kim So-hyun and Ji-soo have worked together before in a short, youth drama Page Turner, where their chemistry was off the charts so I have high hopes. As long as the plot doesn’t get too mired in noble idiocy like Ruler-Master of the Mask, River Where the Moon Rises has great potential.

KBS Monday-Tuesday drama River Where the Moon Rises will start airing on February 15. 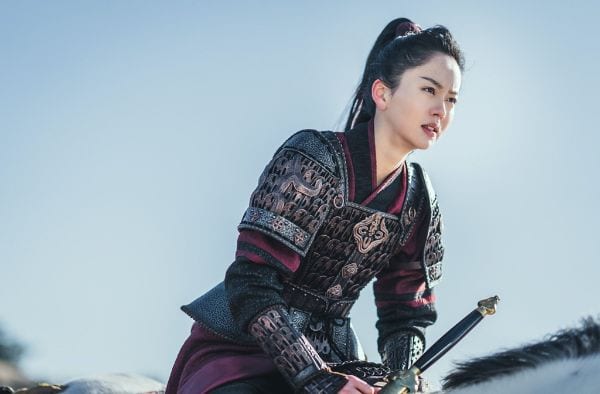 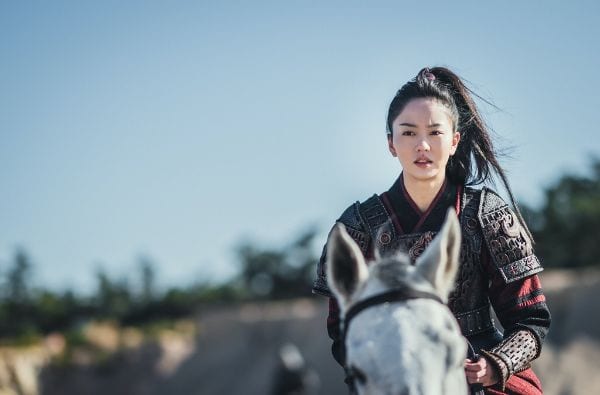 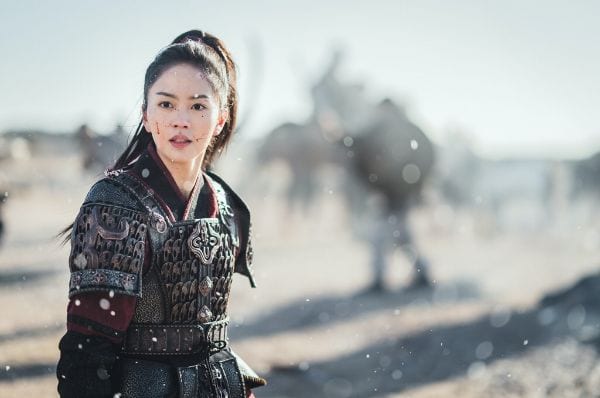 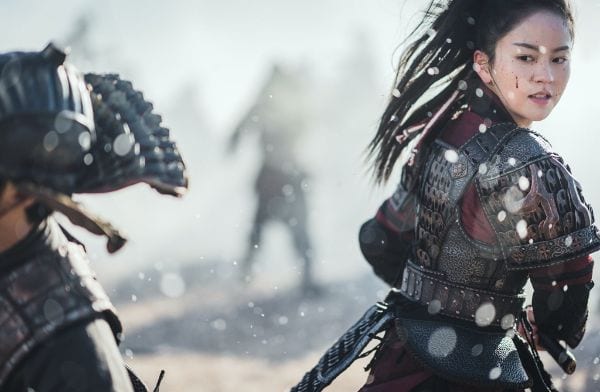 Wow, it's like KSH aged five years overnight (in a good way.) In these stills, she has none of the petulant resting face with which I am familiar. It's only appearances but her current look is much more befitting the character description.

She's completely become her character and it's a good look on her.

I saw on another site where someone said KSH looks a bit like Go Ara in those pics, and then complained that they couldn't un-see it.

What a non-issue! Ppl like to complain for the heck of it.

This is way far from Go Ara

Not really in sageuk mood but I might be when this drops!

Genuinely looking forward to this one.

Also is there a Bidan here?

I'm intrigued by how much the drama will balance out politics and romance. The characters sound very interesting and I'm looking forward to the action scenes. I always feel like sageuk dramas do action choreography better than modern dramas.

Hopefully there will be no Sideburns of Hell.

The posters and pics that have been released look terrific. I hope that is an indication of what we will be getting.

Kim So-Hyung sure looks the part! Thought I had to for Love Alarm 2 to see her. xD

She does and very fierce. Her warrior aura is strong. I'm looking forward to seeing her full princess attire.

Why does this give off Sword and Flower emotional doom vibes?

Well THAT is some beautiful poster

Oh, I forgot they were both in Page Turner! I cannot watch sageuks for very long because I am a wimp, who can't do torture and blood, but I am mightily tempted for these two.

KSH look so good here. I think she change her eyebrows shape. That makes her look fierce, no longer babyish as before. This sure fit well with this character. I really looking forward to watch this.