Sunbae Don’t Put on That Lipstick

New stills for JTBC’s Sunbae, Don’t Put on That Lipstick 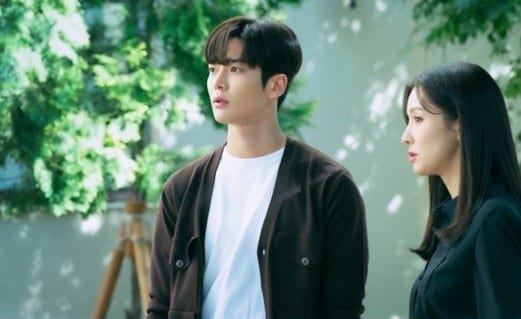 In anticipation of the premiere next week, JTBC drama Sunbae, Don’t Put on That Lipstick has released new stills featuring the main cast: Won Jin-ah (Melting Me Softly), Kim Ro-woon (Extraordinary You), Lee Hyun-wook (Search), and Lee Joo-bin (Find Me in Your Memory).

The glue for how all the characters come to know each other is cosmetics company Clara, where Won Jin-ah, Kim Ro-woon, and Lee Hyun-wook all work. And, along with Lee Joo-bin, the four become involved in a somewhat complicated love quadrangle.

As part of the marketing team, Won Jin-ah is well-known for being professional and a workaholic. But she is just as dedicated to her love life as well and isn’t willing to sacrifice one over the other.

Kim Ro-woon plays Won’s hoobae at work and is the type of person who wears their heart on their sleeve. He has a strong moral compass about what’s good and what’s bad, and takes responsibility for all of his actions and the consequences that follow.

Lee Hyun-wook plays the marketing team lead. Ambitious, he works hard to grow and succeed in his career. And although he seems cold, is quite affectionate to the people he loves.

While most of the characters are employees, photographer Lee Joo-bin is the granddaughter to the cosmetic company’s founders. Her older brother (played by Lee Kyu-han) is friends with Lee Hyun-wook, and it is through him that she first meets Lee Hyun-wook and falls for him. Although she seems prickly, she has a big heart for people and will do anything when it comes to love.

With the newly released stills, we are also told more about the drama’s upcoming story. Won Jin-ah looks at rings in a jewelry shop, presumably for secret relationship with Lee Hyun-wook. But Kim Ro-woon, who is aware of the secret, spots Lee Hyun-wook together with Lee Joo-bin. And Kim is shocked to see the two Lee’s looking friendly, linking arms, and entering a wedding dress shop. 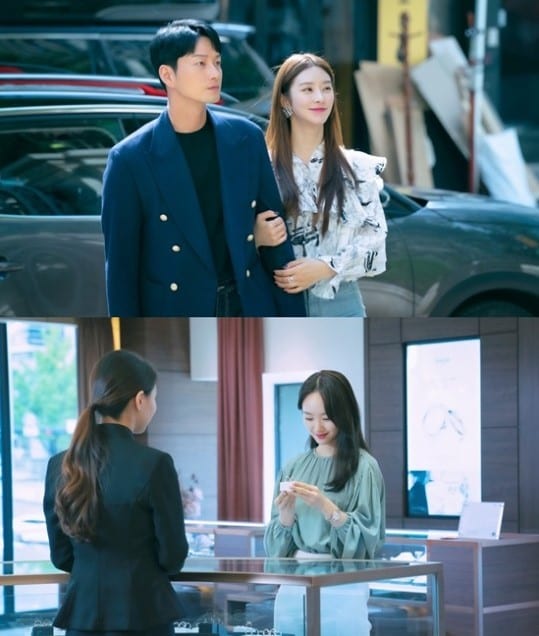 I thought this was a light rom com and was willing to watch (I like all the leads) but the last teaser and this still talk about cheating and love triangle and melo and lots of angst. I’m not in the mood. Not even for WJA. And I really wanted to see LHW in a leading role...

Eek, the two-timing kinda dampens my zeal too. Hopefully, it's not gonna be all melo...

Me too! *crossing fingers show is good*

I'm not fond of this plot but still I want to watch it because of Rowoon and PD. One plus point that I realized the leads have a nice voice and pleasing to hear they talk comfortably in the teaser

I think that a lot of this drama will rest on te PD's direction and the chemistry between the actors.

I'm pretty optimistic since I saw the poster that was more romantic and less webtoon-ish.

Rowoon himself was teasing their chemistry as they had gotten closer talking about the script before filming started. So it become a "problem" for some scenes in the beginning of the drama as there would be some distance between their characters.

Love quadrangle! Oh dear.
But will check it out, Since it’s JTBC and for the PD.
I liked WJA until Melty happened.
Wonder who is picking up this show in the USA.