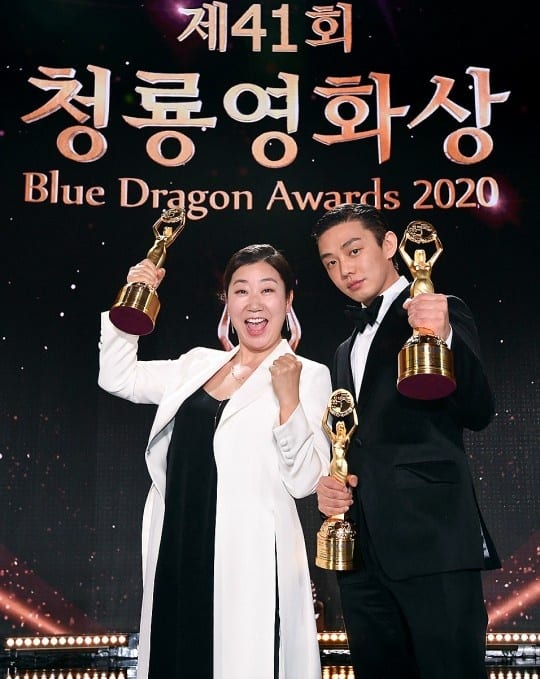 Welcome to the 2021 Blue Dragon Awards. The 41st ceremony was originally set to take place late last year, hence the big graphics that say 2020, but organizers opted to postpone the ceremony due to concerns over COVID-19.

It was a semi-socially distanced arrangement, with attendees getting their temperatures checked and being seated behind clear dividers–but no masks for photos. (I can’t say I totally understand but I’m not an event planner/epidemiologist, so what do I know?) In what’s become a bit of a tradition, Kim Hye-soo and Yoo Yeon-seok returned to host for the fourth consecutive time.

Unlike 2019 when Parasite swept the awards, there was a wide spread of winners across categories and the political thriller The Man Standing Next won Best Picture this year. Ra Mi-ran scooped Best Actress for her role as a politician who’s lost her moral compass in the comedy Honest Candidate. Best Actor went to Yoo Ah-in for his work in the indie crime film, Voice of Silence. He actually bagged a second award that night, as he and Jung Yumi both received the Popularity Award. 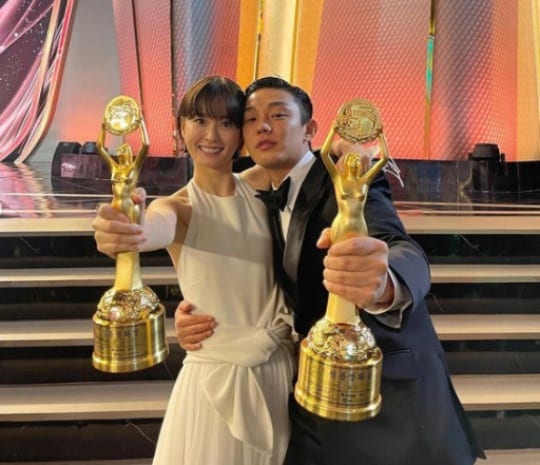 Ra Mi-ran’s acceptance speech was a lot like Honest Candidate, funny and moving. She held back tears as she spoke, “To be honest, I was grateful at even being nominated since the film is a comedy. So why did you give me this prize?” She continued, “At the 34th Blue Dragon Awards, I won Best Supporting Actress and I joked during my acceptance speech ‘Next time, I’ll meet you as Best Actress’ and now I’ve actually won after being nominated for the first time. I’m not sure how this happened, but I think maybe the laughs we gave audiences with this film carried a lot of meaning since life was so difficult last year…I can hardly believe it, a comedy film won at the Blue Dragon Awards. I’m so thrilled.”

For Yoo Ah-in, this is his second Blue Dragon Best Actor Award, (the first was for his 2015 sageuk Sado) and the role he played in Voice of Silence had some unique challenges as he didn’t have a single line of dialogue. As he accepted his award, he acknowledged his acting sunbaes, “I’ve truly learned a lot from my sunbaes who are here today, you inspired me. I think of you as people who’ve looked out for me and enabled me to keep dreaming as an actor. I’d like to take this moment to tell you I’m deeply thankful.”

His acceptance speech was on the long side, and he even poked fun at himself for rambling, “I’m doing it again. But if I’m not weird then who will be? It’s up to me.” He wrapped up his speech by acknowledging Hong Eui-jung (winner of the New Director Award), “I was so happy to work with someone who knows what she wants to do with her films. I’m ready to be used as an actor, anywhere by anyone. Use me to your heart’s content. I’ll continue to live as an actor.”

In the supporting categories, Esom was awarded Supporting Actress for the dramedy Samjin Company English Class. Supporting Actor went to Park Jung-min for the dark action film Deliver Us from Evil. He got personal in his speech and he spoke about his friend, the late comedian Park Ji-sun, as he accepted his award.

After thanking his costars and director, Park Jung-min said that if he could only thank one person right now, it would be Park Ji-sun. “While I was filming [Deliver Us from Evil] there was one friend who always asked ‘Are you okay?'” He teared up as he explained, “I haven’t been able to let her go yet. I wish I could tell her that I’m sorry I can’t ask ‘Are you okay?’ if I win an award, and that I’ll work hard and do my best as I act so that noona won’t be embarrassed while looking down on me from above.” 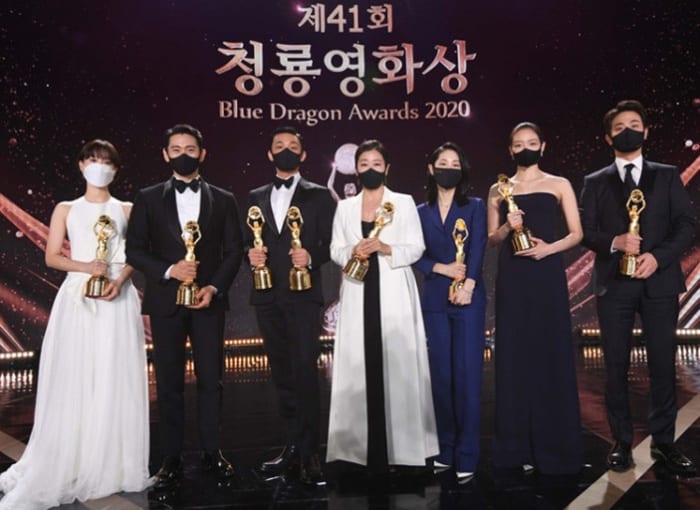 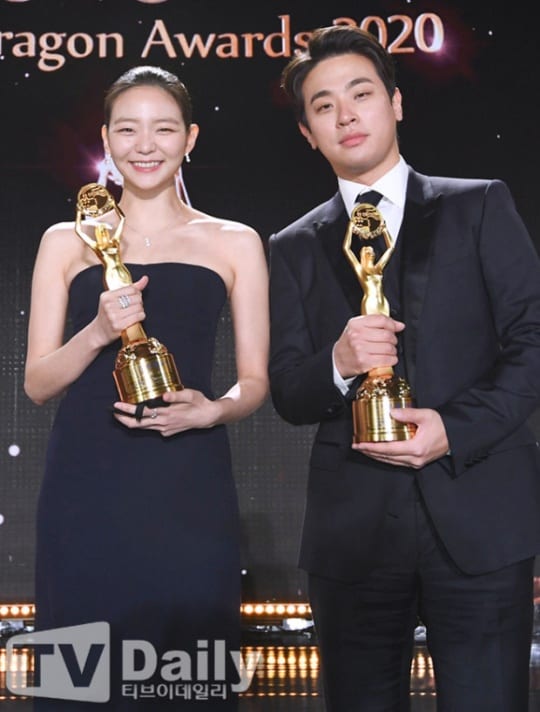 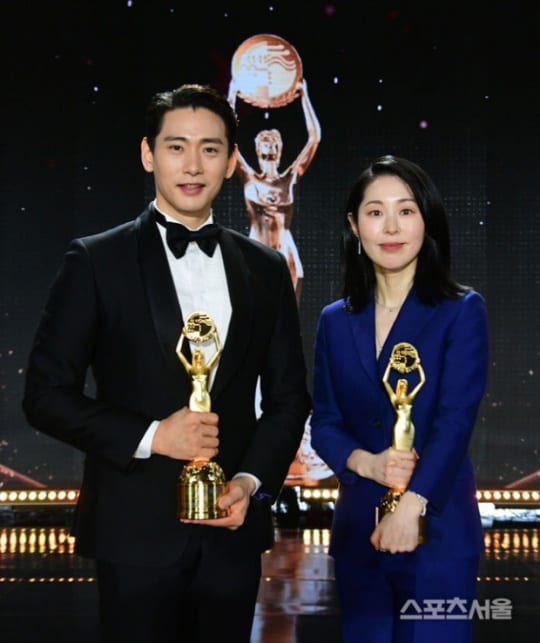 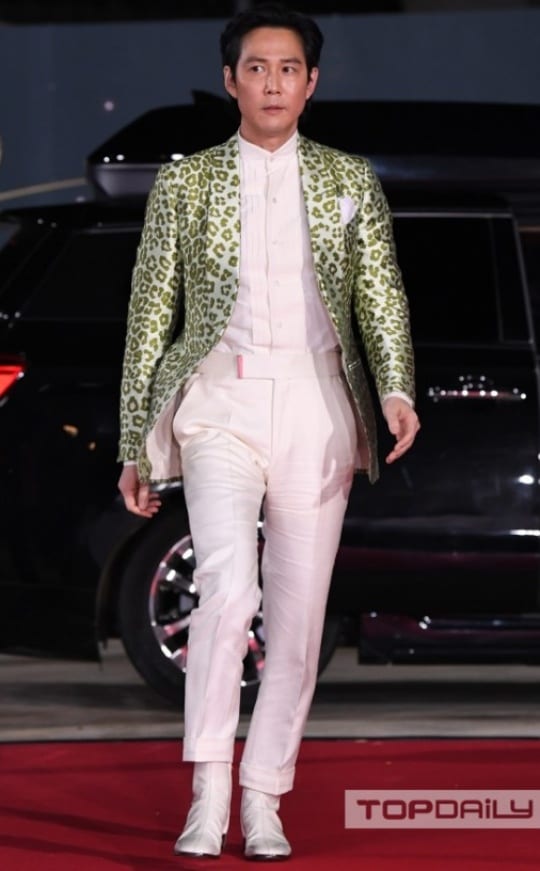 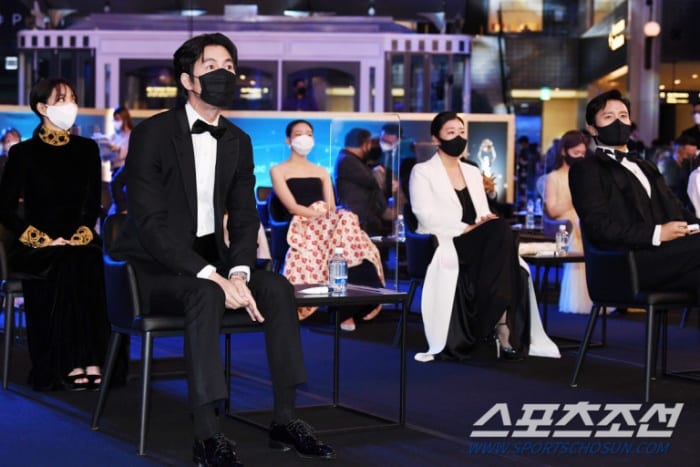 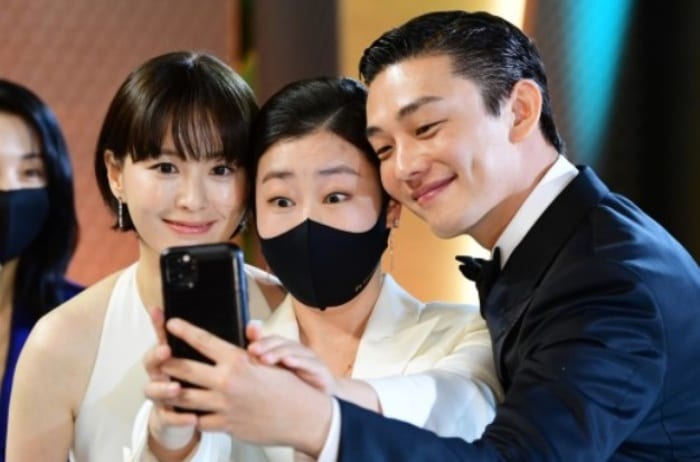 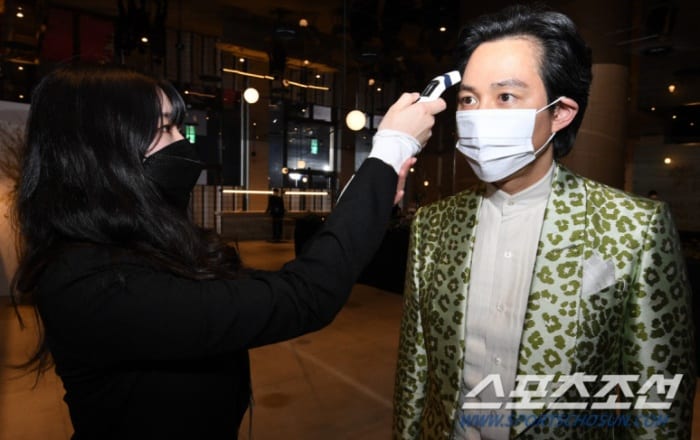 Congrats to all the winners! Love seeing Ra Mi-ran, whose considered unconventional in Korea win big.

"Moonlit Winter is a queer film. I say this because some viewers might not know what kind of movie this is. As you can see, LGBTQ content is natural in 2021."

"It's very rare for prominent personas in S. Korea to go on stage and dare to use the word "queer" or "LGBTQ" out loud." Baby steps...still nice inclusion to say this in the biggest awards show in Korea.

Moonlit winter is my fave korean film from last year <3 It's a wonderful wonderful small film, it deserves all the love in this world.

Honestly, I feel like the film deserved a much better release in Korea tbh. I first heard about it on Tumblr in (2019), so I'm glad it got recognition in Korea. Still, it deserved more better push there. Yay for Kim Hee Ae whose still killing it!! Hope it releases everywhere on Netflix soon!

yes! I think it's only available in Netflix Korea. :(

I want to see this-- hopefully it will get picked up for streaming in the US by somebody.

I don't understand Korea fashion... it's black or white or we got Lee Jung-jae...

Congratulations to the winners!

Ikr? I wonder if its to maintain the actresses innocent first love type of energy? Compare this to Hollywood, Bollywood, and Chinese/Hong Kong actresses. Like why, they've the keys/access to top fashion houses to not dress in black dresses all the time.

The "bridal" look is weird for me for this kind of occasion.

That and having idol stars perform at these high brow events to stoic faced actors all the time Talk about awkward!

And yes the "bridal" looks are stale and boring. Seriously why do majority of Korean stars dress so basic lol?! Can we get a Gong Hyo Jin/Bae Doona type of risk-takers?!

Right? Wonder why they dress more high fashion? I know Korea and China's culture are different obviously, but compared to their Asian counterparts, I'm not understanding why its a constant bore lol? Maybe the backlash? I seen some articles about actresses who dress more interesting/revealing get talked about more?

I need Ku Mun Yeongs stylist to style people at these award shows for a bit of sartorial energy! And they sit cold faced through out the show even during such fun performances. When Mamamoo was performing, I remember the faces. Cringeeeee

I love it when Lee Jung-jae busts out with the fancy outfits. It was particularly drab for the fellas this year overall-- not even any fancy velvet jackets that I saw. LJJ is just bringing a little balance to the sartorial KEnt universe.

I would recommend giving Live a try. One of the better cop dramas, even if you don’t like cop dramas, this is the one to watch.

I do actually like cop dramas! I will definitely give that a try, thanks for the rec :)

Congratulations to all the winners!

Park Jung-min what a gem of an actor. I'm so happy to see him win a well deserved award.

"I'm ready to be used by anyone." LOL

That's perfectly fine to say in Korean but the literal translation in English is really cringey....especially knowing about the abuses in the entertainment industry.

I'm sure what he really means to say is, "I'm happy to be hired by anyone."