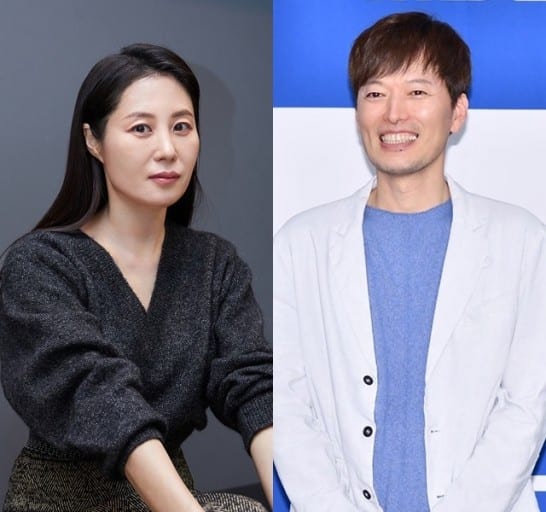 After months of negotiations, it’s been finally confirmed that Jung Jae-young (Partners for Justice, Duel) will join Moon Sori (The School Nurse Files) in upcoming MBC drama, No One But a Madman. It’s an office drama about a middle-aged man who struggles to survive in an ever-changing workplace.

Jung Jae-young plays the main character who is faced with a decision that many company employees are faced with at some point in their careers: the undesirable choice to resign, switch jobs, or be fired. He’s just a regular logical, warmhearted guy, who likes cracking dad jokes all the time.

Originally, he was a veteran engineer in the consumer electronics department of a large conglomerate. He manages to survive the mass layoffs that happened at his company, but he ends up in the personnel and human resources department, and everything he’s learned in his 22-year-long career becomes moot. The drama is set to show his story as he starts from zero again, under a tyrant-like workaholic team leader, played by Moon Sori.

Written by Jung Do-yoon (Witch’s Court) and directed by Kim Geun-hong (Welcome 2 Life), Wednesday-Thursday drama No One But a Madman will begin airing in the early half of this year on MBC.

While I adore Jung Jae-young, this show's synopsis makes his character sound like the pure-hearted hero who will change the scary, bitter woman's ways and redeem her. There had better be more - much more - to her than that, since she's played by the great Moon So-ri and the writer's last drama was Witch's Court.

@knewbie This drama will certainly be more than what’s described - I have faith in Moon So-ri’s choice of projects. She and Jung Jae-young are a great combo.

I agree with you. Moon So-ri would never choose a hollow character. She's a director an producer and her characters always tend to be wise and interesting. I trust her.

I just hope it will not be another candy melting cold-hearted lead trope story.