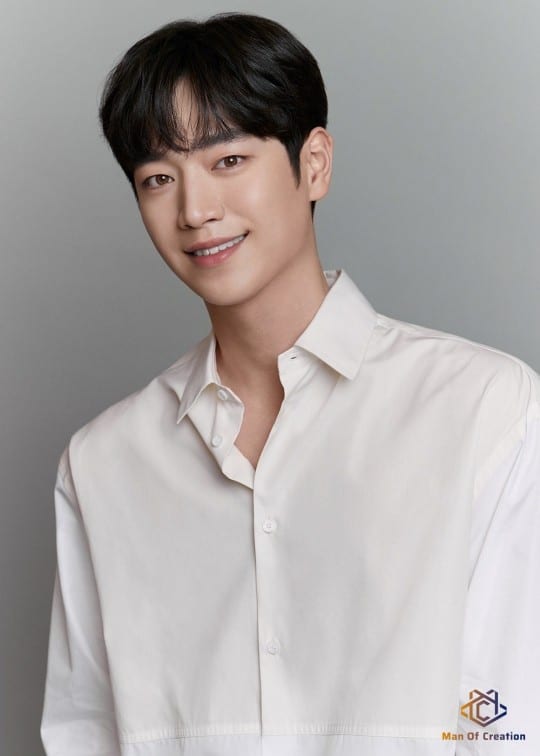 Casting news has come out that actor Seo Kang-joon (I’ll Find You on a Beautiful Day) may be taking on a new sci-fi thriller called Zero (0). Notably, the drama’s script will be penned by the writer of the Forest of Secrets series, Lee Soo-yeon.

Interestingly, the production team will be headed by film director Khan Lee (The Divine Move 2: The Wrathful), who is more known for his short films and has been awarded for his artistic direction. This will be his first drama project.

Details regarding the story have not yet been revealed and the drama is currently still in the planning stages with Seo Kang-joon favorably considering. Filming is set to begin once the cast has been finalized.

Although the broadcasting station has not been announced, the production for sci-fi thriller Zero (0) is expected to be in collaboration with an international media platform. If filming starts in the early half of this year, the drama may release as early as this year.

When I read this, I said ooooh, good for him. lol. Lee Soo Yeon is my forever writer, I will watch literally anything she writes. So this should be good.

Forest of Secrets writer + a science-fiction thriller? Sign me up!

Sci-fibThriller. Lee Soo-yeon.
I could cry.

I love sci-fi, but they're so rare in dramaland. The last good one was Circle (2017), and they don't make them like that often.
I would literally watch anything by LSY writernim, this being a sci-fi is just a cherry on top. 😭💖

Seo Kang-Joon will have to enlist soon, so I need a good drama before! Are You Human? could have been good if the writer didn't choose the AI-human love story road...

I loved so much the writing of SoF 2, I'm really excited to watch a new drama from this writer.

I’m excited to see him back in Kdramaland!

He's back!! We will have a new drama before he enlists!!
Yes!!
And double yes because writer-nim is LSY!!
I may die of emotion with this!

good science fiction dramas are incredibly rare in dramaland so i should be more skeptical. But one written by Lee Soo-yeon is basically guaranteed to be a masterpiece. Seo Kang-joon is great actor and i can definitely see this becoming a defining role for his career. i’m genuinely excited.

I am an SKJ fan so this is good news. I enjoyed WEATHER and get why it is (was) such a favorite but I prefer the physical, kick-ass SKJ of WATCHER. I hope SKJ's physicality will be put to good use in ZERO.

This feels like something SISYPHUS should've done. Which is A) Getting a PD who is well verse in film and B) Writer who has done great work. Plus the added connection of FoS w/ CSW too. JTBC should've went after her since they did Life. Utterly confused lol.

A sci-fi thriller written by Lee Soo-yeon?! Oh, I am here for this.

Lee Soo Yeon writer-nim ,a part of me is invested in already.

13 gadis is camping in the cells village (again)

I'm usually very apprehensive towards sci-fi dramas. It rarely went well, and it's definitely not my preferred genre. But given that Lee Soo-yeon writer-nim has written a medical drama that I ended up loving (which is no small feat since I also avoided that genre like plague), I'm more optimistic for this. I hope Seo Kang-joon agree. He tend to choose memorable dramas lately.

"in collaboration with an international media platform"

Netflix? They also said they will invest more in Korean content this year.

Divine Move 2 director, whose lead was Woo Dohwan, ah! The stars are slowly aligning, some day we'll get an action drama with SKJ and WDH, fingers crossed!

How much more sci-fi script they need to write to finally accept that they are not good at sci fi? I don't know about films but that is the case with the k-dramas I watched.

They're not gonna get any better at it if they don't experiment with it.

That's true.
But I feel such a bummer when I see a new drama in the sci-fi genre. They have interesting concepts, world-building is also good. But they always end up breaking and bending their own in-universe rules. If I finish, it is mostly for relationship dynamics and such.

Same! Alice+Sisyphus were pre-produced, like wouldn't that be plenty of time to finesse the scripts? Maybe they should consult w/ Western sci-fi writers (joking duh), but they've a way better handle at sci-fi than Koreans do. The only time sci-fi works for them if its a plot device, like Signal/Tunnel where its there to serve as a bridge for the main lead to travel back/forth.

I also think they need to keep trying to get it right, but I also think many Korean dramas tend to focus more on romance/melo-drama than the pure mechanics of sci-fi. So we see more romance than sci-fi. Examples: The Expanse, 12 Monkeys (Show), Travelers, Battlestar Galactica, Doctor Who, and Fringe that have a better hold on their concepts, that also have romance in the mix w/o it taking over, & for the most part have a good handle on the sci fi components.

Its sad b/c Sci-fi if done well is super compelling/awesome, but K-drama sci-fi's seem to not get a good grasp yet. I wonder if not having some people who know more about those components could help the writers who aren't well verse in the scientific aspects? Like Sisyphus (sorry lol) has 2 writers, & was in the works for four years/several revisions but what we see on-screen thus far doesn't seem like pre-produced scripts imo. I wonder if the channel companies have a say on what has to be shown/what can't be/what aspect to highlight.