My Roommate Is a Gumiho

More casting news and a new video teaser has been released for tvN’s upcoming fantasy rom-com My Roommate Is a Gumiho (formerly Frightening Cohabitation).

Based on a popular webtoon, the drama stars Jang Ki-yong (Born Again) as a 999 year-old gumiho named Shin Woo-yeo. For centuries, he has been trying to become human and continues to work and live among humans in order to be more like them. Through a series of mishaps involving his soul crystal, he encounters Hyeri (Miss Lee) who plays college student Lee Dam. The unforeseen circumstances force Jang Ki-yong and Hyeri to start living together.

Newly joining the cast is Weki Meki’s Kim Do-yeon (Melo, Not Solo), taking on the role of high school student Kye Seo-woo. She has a mature aura that makes her seem older than her peers, and she is known for her cool logic and stating harsh facts when giving advice to others. Her older brother is Kye Sun-woo, the character played by Bae In-hyuk (The Spies Who Loved Me).

In the video teaser, we get our first peek at Jang Ki-yong and Hyeri who sit together in their living room. Hyeri shivers as a cold breeze blows through the room. Jang looks at her in alarm when she uses one of his fur tails as a scarf. In voice-over, the two actors introduce the drama: “Unexpectedly living with a gumiho. My Roommate Is a Gumiho premieres in May.”

Directing for the drama is PD Nam Sung-woo (Old School Intern), who worked with Jang Ki-yong previously on Kill It. Scripts will be penned by the writer duo, Baek Sun-woo and Choi Bo-reem who have a long history of working together, including What’s Wrong With Secretary Kim and Drinking Solo. Both were also on the writers team for the long running Rude Miss Young-ae series.

Fantasy rom-com My Roommate Is a Gumiho is currently still in production and is set to premiere in May, airing Wednesdays and Thursdays on tvN. 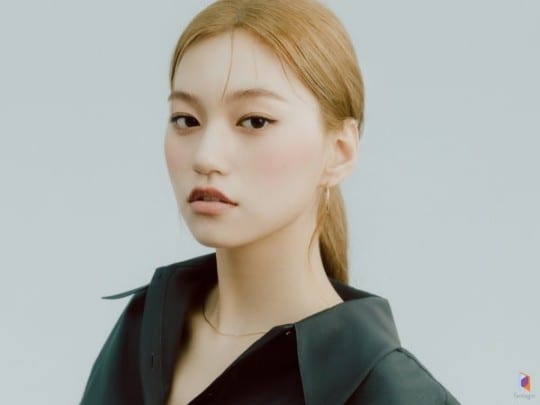 I'm sadly not holding my breath for this one. Hyeri in the lead role has me feeling nervous?

i love tales involving Gumihos so she bettter up her game and make it fun! we might not get anything to watch if this madness with censoring amid personal feelings continues 6_6

@diana-hansen I wondered if the cancellation of Joseon Exorcist meant the shows scheduled to follow would move up? I just want something new and good to watch.

i am wondering the same thing. will they do a filler type show or what?

Hyeri wasn’t great in Two Cops or Entertainer. I hope she doesn’t overact in this one, bc she is likable outside of the cringe acting

I'll be watching this drama mainly for Kang Hanna's storyline and romance.

Potentially another drama that could get cancelled because of Chinese investors.

Hum... the story looks fun but sadly I don't like the casting.

I only like Kang Hanna, but again she will be another SL... so much talent wasted...

Yeah, after Start-Up I lost hope for her. She was so undersused... Her role was more a supporting one than a second one.

Give it time. There is no way that someone with Kang Hanna's talent will be a second lead forever.

She was good in Designated Survivor: 60 Days, her role was important. In Start-Up, the writer was famous, so I understand why she accepted the role but she was robbed. But now, the second lead and Hyeri as a main actress? I don't understand this choice.

I just hope she has a decent storyline

As long as THIS gumiho story doesn't start with the hero murdering a bride on he wedding day, like another series whose name shall not be mentioned.

Is it just me or the story sounds similar to My Girlfriend is a Gumiho, especially the part about them having to live together after a "mishap involving his soul crystal"?

Ooh I wasn't interested in this earlier but now it seems the most appealing of the lot. Lol she looks so comfortable with that gumiho tail! The writer-director duo has worked together earlier and they have a lot of experience in comedies..sounds good.

These male Gumiho have game... “lose”their jewel in young hottie and then play hard to get:)

My wife is going to be thrilled when I tell her we are about to get another Fox story. This time as a nice light rom-com.

I was bummed that we didn't get to see gumiho tails in Tale of the Gumiho.

I think it's all about the writing. If they have lots of fun hijinks and unintended skinship I think I'll be happy. I always like cute shows.

Excited for this mostly for Kang Hanna and Kim Do Hwan who I loved in Start Up! 💕