Ryu Hye-young, Kim Bum, and Kim Myung-min in the classroom for Law School 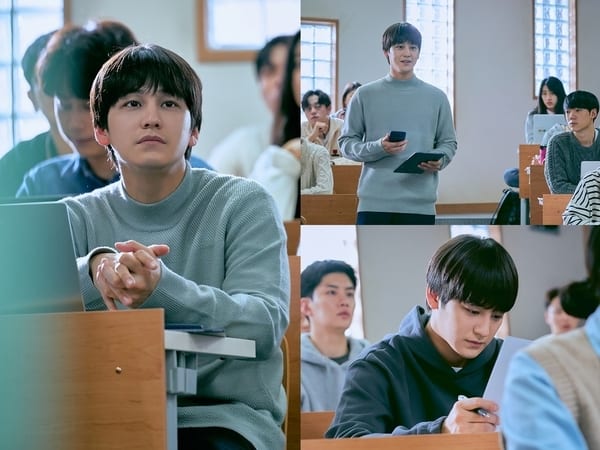 When an unprecedented mysterious case occurs, students Kim Bum and Ryu Hye-young learn to step up to the plate and fight for justice. Ryu Hye-young plays special admission student Kang Sol who had a difficult childhood where she had to protect her family. She learned at a young age that the law is not on the side of the weak or the powerful, but that it’s on the side of the educated. Therefore, she’s passionate about her education so she can have the law on her side.

When Kang Sol pulls of a near-miraculous admission to law school, she thinks her life might be set. That fantasy is broken on her first day when she encounters Professor Yang, played by Kim Myung-min. After he bullies her, her passion for the law turns into worry about future employment opportunities and depression about not being accepted by her peers.

On the other hand, Kim Bum plays Lieutenant Han Joon-hwi, the school’s top freshman, a veritable um-chin-ah (a.k.a. mom’s friend’s kid who is better than you at everything). He was a meritorious scholarship student throughout all of police academy, and he earned the top marks for the national entrance exam to law school. 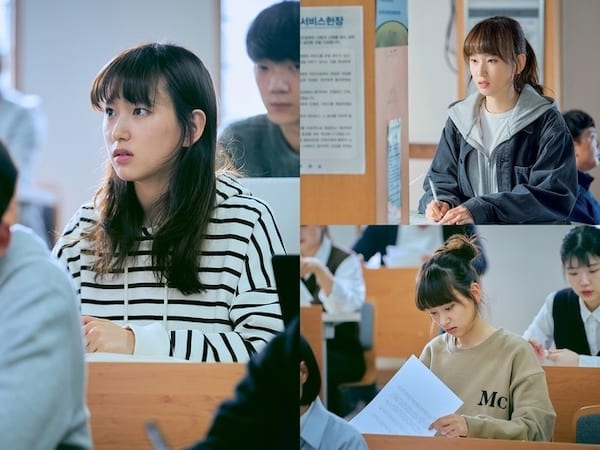 As such, Han Joon-hwi is constantly bombarded by other students to join their study groups. However instead of studying with other top students, he decides to make his own unique study group where he helps more academically-challenged students pull up their grades. He shares all his tips and know-hows generously, and even helps counsel students who are in despair due to their studies, showing true leadership.

Despite his amazing grades and great looks, he also has inner emotional scars. Perhaps it’s related to why he wants to become a prosecutor who stands up to other corrupt prosecutors when he graduates.

Kim Myung-min’s character was originally an elite prosecutor who had to leave his profession under unfortunate circumstances. Now his entire mission is to mold his students so none of them become bottom crawlers of the law who use its power for their own corrupt desires.

Written by Seo In and directed by Kim Seok-yoon, Law School will begin airing in April. 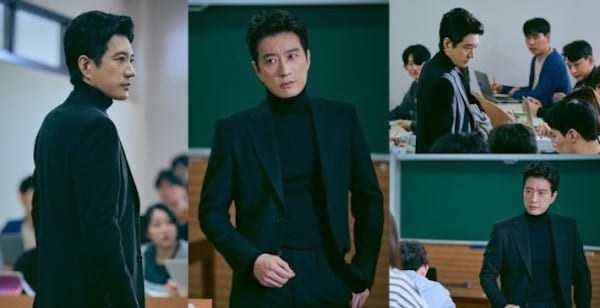 Kim Myung-min is one hell of an actor. I've been a fan since "Immortal Admiral Yi Sun Shin."
He brings natural charisma and gravitas to every role he's tackled. I love him just as much as I love Ahn Nae Sang.

I didn't watch "Judge vs. Judge" so I don't know anything about this writer but I like this PD.

He's my no. 1 favorite honestly, movie actors included (well, han suk kyu a very close second). I was very happy to hear ahn nae sang was in this drama too; the cast looks very good.
I too am unfamiliar with the writer, but like you said, I like the PD and kim myung min generally makes solid drama choices so here's hoping this one delivers.

Han Suk-kyu is always a favorite. Han was the it man of Chungmuro before Song Kang-ho etc.

It's also nice to see the young talents from Chungmuro like Ryu Hye-young and Lee Joo-young in dramas.

I think this show has enough talents to carry even a mediocre script.

Can't wait to finally see her in a new project after Eun Joo's room!

“the law is not on the side of the weak or the powerful”
uhhhh, are you sure about that last one?

that being said, i’m looking forward to seeing Kim Bum back so soon after Tale of the Nine Tailed.

I think I will be watching this. I'm keeping my fingers crossed and hoping there's no romance though!

A legal drama is lit!

It's always a treat to watch Kim Myung-min, no matter the role. He brings a seriousness and intensity to his roles that just command attention.

I'm hoping that Law School would focus on the ins-and-outs of actual law school life and what the culture is like when all the students are brilliant and sharp-minded, but not many yet have the wisdom and experience to navigate through both their academic and career life.

It would be fun to watch the seemingly mundane life of a law student - bidding for modules, lectures/classes with people fighting to impress, team projects with their usual hijinks, the usual waiting in front of the copy machine to print out stacks of legislature/notes, relationships with professors, scrambling with resume prep and internships, the occasional lazy but likeable genius and pro-bono activities etc. - and see how it compares with my experience. So I'm hoping they wouldn't veer too far from the school setting into major crime dramaland.

I hope it won't take the How to Get Away with Murder's road.

Professor Kingsley lives- but now looks and speaks Korean and teaches Criminal Law rather than Contracts.

I am looking forward to this one.

I was thinking the same thing. Who knew that in this remake-happy age, The Paper Chase would come back (kinda) in Korean?

But not as a slavish copy which makes it even better. And I really like Kim Bum s an actor.

Doesn't sound like a drama I'd be usually drawn to, but I'm very much drawn to watch Kim Bum, so there's that 😊
Go, Kim Bum, go!

Yay!! I'm glad Ryu Hye-Young is returning to dramaland! I loved her in Reply 1988. I think this is her first proper project since (since Dear My Room was cute but basically a home improvement commercial lol).