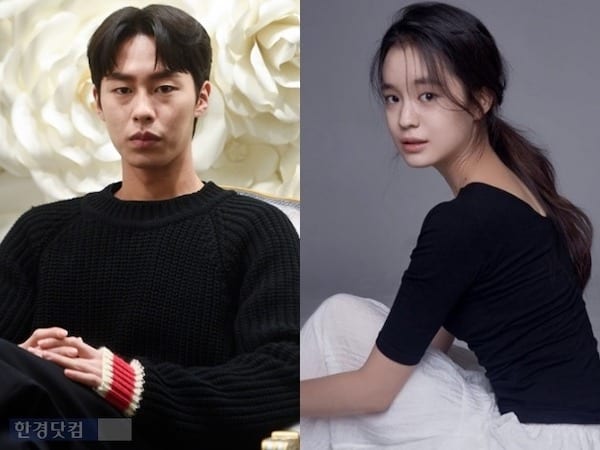 Recently, Lee Jae-wook (Do Do Sol Sol La La Sol) was confirmed as the lead in a new Hong sisters drama called Hwan Hon. Rookie actress Park Hye-eun (The School Nurse Files) stars opposite him in this fantasy drama about young psychics who handle the secrets of the universe. It’s been reported that the first script read already took place.

Apparently, various famous actresses auditioned for the female lead role, but in the end, Park Hye-eun was chosen for being a fresh face with solid acting abilities. I’m just glad to see Lee Jae-wook finally paired up with someone his own age, not that I didn’t enjoy all the delicious noona romances he’s been in.

As of yet, there haven’t been many details announced about the plot of this upcoming drama, but fantasy romances are pretty much the Hong sisters’ bread and butter (ex: Hotel Del Luna, Hwayugi, Master’s Sun) so I’m not too worried. The title may be a big hint as to what the drama will be about, as “hwan hon” refers to the return of a soul to the mortal plane.

Directed by Park Joon-hwa (What’s Wrong With Secretary Kim), Hwan Hon is currently being negotiated to air on tvN.

I'm up for Hong sisters' drama! I like that they cast a new actress.

Seo In-guk is back! Lee Jae-wook is gearing for a comeback! Both on tVn!! I'm so happy! ☺️

Interesting! I am not fan of the Hong sisters, but man, I love Lee Jae wook!
Let's see...

I'm hopeful for this. We are praying that I will like this drama like I loved School Nurse Files and not how I hated Ddsslls.

YAY I am so excited for a comeback from the Hong sisters. Glad they decided to cast a fresh face, and also Lee Jae Wook <3

Park Hye-eun was excellent in School Nurse Files! I also like it that they chose a less conventional type - she's beautiful, but not cookie-cutter-pretty, and she's very expressive

Oh Lee Jae Wook. I wonder if he found a new agency. I was surprised he didn't renew with his last one. They found him pretty great and different characters and he has a good reputation as an actor of his age. And now, he's in Hong sister's drama.

It's unusual they chose rookies for the leads and pretty young ones. I like the idea to let the chance to new actors to work with famous writers!

This may be the youngest they've ever cast. I feel like they used to cast rookies and less well-known faces until they became big enough names. I like this return to newer actors!

I'm glad that Lee Jae-wook chose this drama over KBS's rom-com Dal-li and Gamjatang (that Kim Min-Jae confirmed to star) .
I really hope this Hwan hon will be like another Hotel Del Luna.
Hwan Hon (환혼 還魂), just the title itself sounds like so Hong sisters' drama already.

Hong sisters ace at fantasy but I end up enjoying characters and world building more than the romance.

Definitely tuning in for Hong sisters' drama! I also like Lee Jae Wook so yay. I'm surprised and happy they are casting a fresh face for the female lead. She did pretty well in School Nurse Files and I actually remember her from the many student roles in that drama!

Lee Jae-wook with an actress around his own age?? Yes please. Noona romances are fun but same/similar age pairings are the best.

Also, I’m glad to see fresh faces in dramaland, especially in a project as relatively high profile as this one.

Why are noona romances fun?
I'm genuinely trying to understand who finds them enjoyable.

Because any ethical and healthy romances can be fun, regardless of age gap?
I was twice in a noona romance, sort of. Living in a society where age gaps in a relationship matter especially when the women are older and being in such relationships twice, I can relate very well to the pains and challenges portrayed in these stories. However I can completely understand if many prefer similar-age pairing. It’s just that I don’t think there is anything wrong in noona romance if it doesn’t break any moral values, and if there’s nothing wrong with it why can’t it be genuinely resonating for a certain group of audience?

You addressed everything I wanted explain in such a clear and thought-out manner.

I love this casting but am a little bit wary of the Hong Sisters- I tend to like their world-building and characters (when they bother to make them compelling *cough*Jin Sun-Mi*cough*) but their romances tend to fall flat for me. And I need my boy Jae-wook in a good romance with a good ending after the character-assassinating dumpster-fire that was DDSSLLS.

Fwiw. I have had the Hong Sisters upcoming drama from tvN, RETURN on my list of upcoming sageuks.
All I can find out about it is in this article from the beginning of the year where it is referred to as a ‘fantasy historical romance drama’:
https://zapzee.net/2021/01/01/masters-sun-hotel-del-luna-writer-hong-sisters-returning-with-another-fantasy-romance-drama/

Certainly I hope it doesn't have the controversy that surrounded RIVER.

I am a big fan of Lee Jae-wook. DODO's collapse in the second half of the drama was not his fault but writer-nim, director-nim, producer-nim and a lot of other nims but not the fault of the actors in front of the camera.
Yes. I am still annoyed.

This will be my first Hong Sisters drama so I am kind of intrigued.

I'm sorry to hear about your trauma from DODO. I thanked myself several times for adopting Beans' suggestion that I should not continue my watch after ep.13. It remains one of my most loved dramas until today. Oh, yes (for me) it ended at the end of ep 13.

Lol I was there for the 'crash landing'.

In many ways DODO was a strange experience. I really enjoyed it up to episode nine when the writer decided to make little Jae-min into a child 'noble idiot'. I said to myself there is no way a child would act like that. After the age reveal the plot started slipping.
On the other hand there were still some lovely scenes for example the haraboji back story.
@mmmmm, if you haven't seen it, you really should go and watch the epilogue to episode 15. It starts at 59.20 (I just checked) and it is a beautiful scene between Joon and and Seung-ki (LJW and Yoon Yong-bin). That one scene made hanging in there worth it for me.

Thank you for the recommended scenes and the specific time stamp! This should help me avoid unnecessary 'bad' things in those eps.

Hong Sisters are often a hit or miss for me. Some I enjoyed a lot (Sassy Girl Chunhyang, My Girl, You're Beautiful, My Girlfriend is a nine-tailed fox, Greatest Love and Master's Sun), while some are 'meh' (Hong Gil Dong, Big, Warm & Cozy, and A Korean Odyssey). As for their recent one, Hotel Del Luna, I enjoyed it initially but somewhere towards the end it kinda drags. While I did indeed enjoy the whole premise and plot, I didn't really enjoy the romance and the chemistry was a bit lacklustre in my opinion. I'm kind of curious of which category this one falls though. I'll look forward to it.

I'm just happy his love interest is someone around his age. He's always getting paired with older actresses, and while that in itself isn't bad, it would be super refreshing to see him paired with someone his age. Finally!

Look forward to this. Hong sisters drama is a hit or miss for me. But i feel hopeful about this one.

I will admit, I have a soft spot for psychics in kdramas. I feel like I can count on one hand the kdramas centered around a lead who is a psychic, so to have another one to add to that short list makes me very excited. And also given these lead actors who I liked in their other works, I'll definitely give this drama a fighting chance.

So many rising/rookie stars, no wonder many talents feel the competition. The actress Park Hye-eun looks so much like the actress from Dead Like Me: Ellen Muth. It's uncanny how similar they look like to each other.