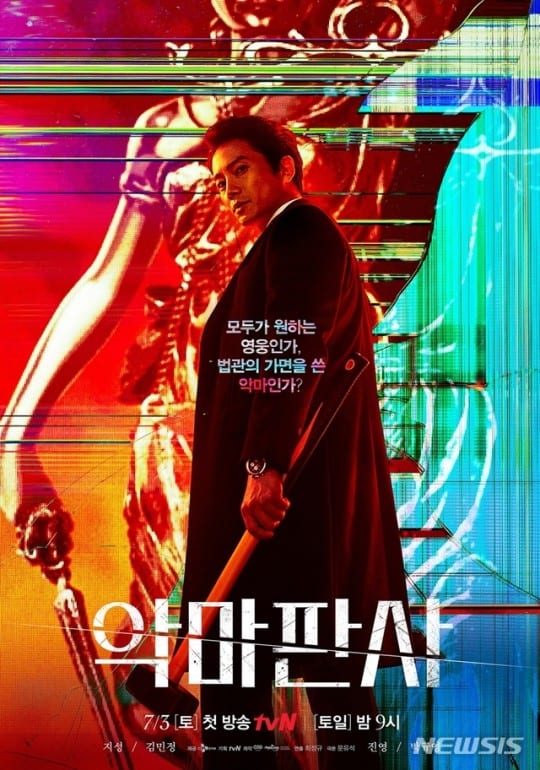 The drama aims to tackle the meaning of justice through a dystopian South Korea where the whole nation has to participate in a live courtroom show. The star judge of the show is played by Ji Sung whose true intentions are difficult to decipher. At times he seems to be the people’s hero, but at the same time there’s something about him that makes you question whether he’s just the devil in disguise.

Kim Min-jung (My Fellow Citizens) joins the drama as another judge — and Ji Sung’s sworn enemy. Rounding out the judging trio is Jinyoung (When My Love Blooms). He’s a rookie judge and is seen as the nation’s last hope for justice. The sole non-judge of the main cast will be played Park Kyu-young (It’s Okay to Not Be Okay), a detective and Jinyoung’s best friend turned potential love interest.

The teaser begins with a glimpse of the nation in chaos and the appearing text explains that this is, “An imaginary dystopian South Korea.” The camera focuses on Ji Sung as he gets dressed in his robes and walks toward the courtroom. Designed like the set of a TV program, he stands in the spotlight in the middle of a circular room. The closing shot shows Ji Sung standing in front of wall that blurs away and he announces, “Fellow citizens, your trial is now about to start.” 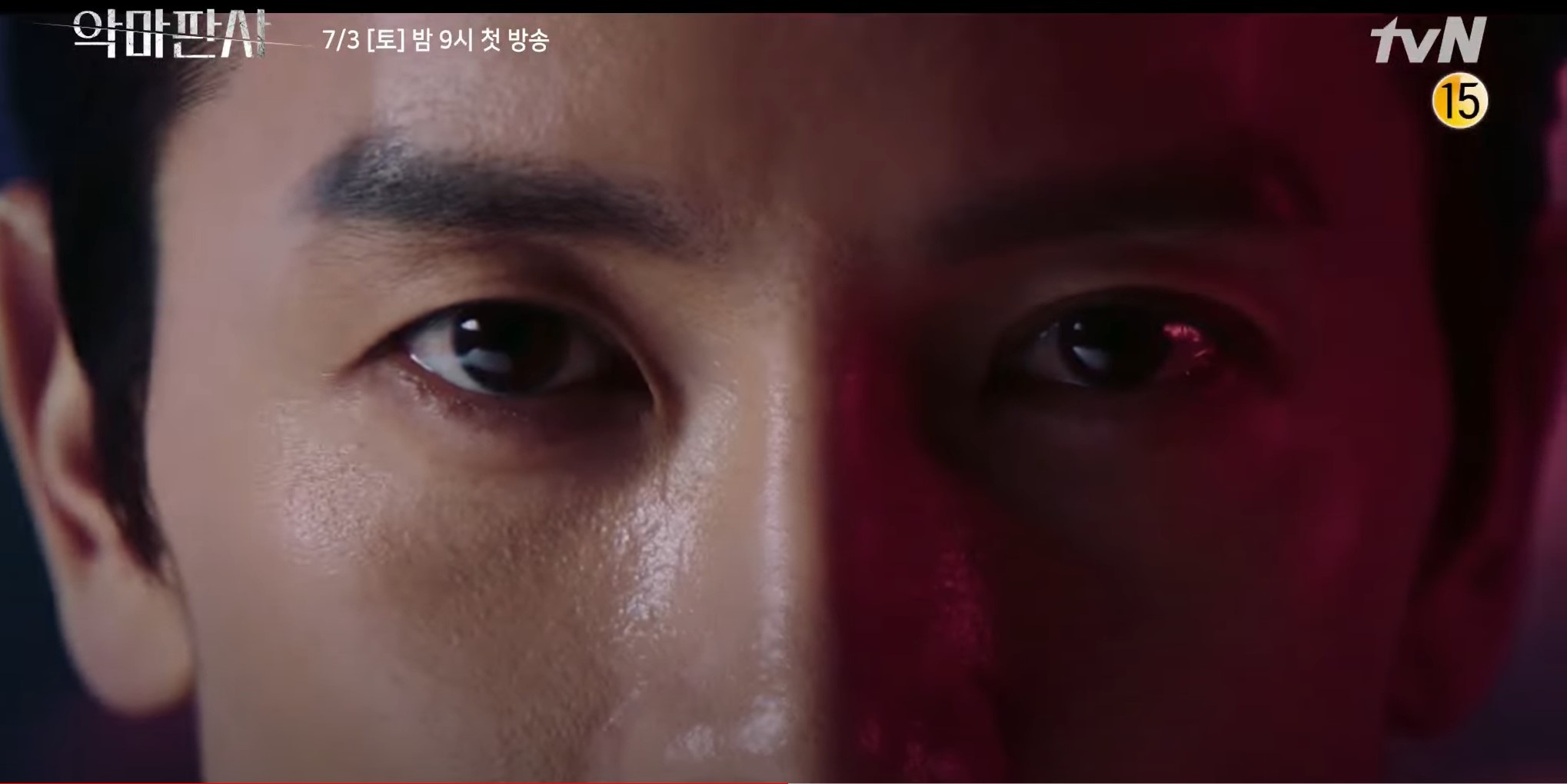 Ji Sung! I'm ready for him back on my screen after two years. On a shallow note, I like it when he wears his hair up. He looks good and it reminds me of Shin Se-gi.

The teaser is intriguing. I like that it’s set in an imaginary dystopian Korea so the legal stuff doesn’t have to be realistic. The different robes are a nice touch.

Oh, where's he been?

Whatever Ji Sung does will be interesting.
Also, yes, I also like his hair up, which makes me remember Shin Se gi... i.e. hot.
But yeah, that too... plot is complex and seems to be dark. Nevertheless, again, it is Ji Sung!!!!😍😍😍😍😍😍

oh GOD that smirk at then end.. that reminded like Shin se gi and nothing else...
he is PEREFCT and so his drama choices.. hope this one gets as great as KMHM was....

It would be first time I am seeing genre - dystopian +law procedural.
I would definitely check out first few episodes, hopefully it would take more nuanced approach on law rather than sledge-hammering we have been enduring.

Good to see Ji Sung back!

This sounds interesting and a bit different. Will certainly give it a chance.

Ji Sung and Kim Min-jung as morally dubious judges/show hosts? Count me in. Saw the advertising on Viki last week and has been psyched since then!