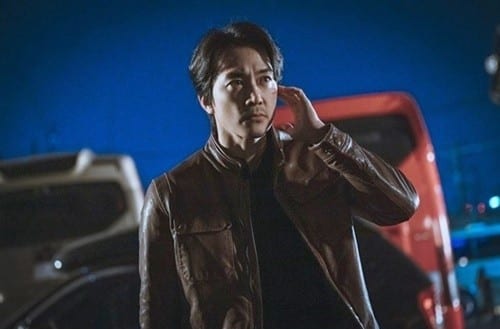 New promos have been released for the upcoming fourth season of the Voice series, which is now on tvN, including new stills and two video teasers.

The tagline for the new season is The Time of Reckoning and the drama brings back Lee Hana (A Piece of Your Mind) in the central role as voice profiler Kang Kwon-joo. Similar to past seasons, the story is set around the emergency call center where crimes are reported and the team works against the clock in order to catch the culprit within the “golden time”. The new villain that appears, however, possesses the same heightened ability to recognize sounds like Lee Hana’s character, but uses this skill for horrific purposes.

Voice 4 also introduces a new police detective played by Song Seung-heon (Will You Have Dinner With Me) named Derek Jo, who comes from the LAPD. Highly principled, he is strict about going by the book and does not believe in compromises. As such his first priority on the scene is to rescue and protect anyone alive. Once he determines to catch a culprit, he doesn’t rest until they are behind bars.

The first teaser starts with Lee Hana who seems to be re-living trauma from past seasons. In a sequence of flashback shots, we get a glimpse of Lee Hana confronting criminals along with police detectives Jang Hyuk (Tell Me What You Saw) from season one and Lee Jin-wook (Sweet Home) in seasons two and three. The video clip ends with a close-up of Lee Hana back on the job when a crisis call comes in. In voice-over Lee calls out, “Golden time team, it’s time again to mobilize.”

The second teaser looks back at the past villains in a sequence of scenes. Park Byung-eun (Oh My Baby) sits in a rocking chair and says, “That ear, there’ll be a price to pay for it I should think?” Kwon Yul (Voice 3) exclaims, “It’s been a long time. This feeling.” Kim Jae-wook (Her Private Life) threatens while wielding a weapon, “I told you, why did you misbehave?” The video comes to a close in a similar way, with Lee Hana taking in a call. The caller declares, “Code zero. A situation has occurred.” Lee responds, “Golden time team, I request that you mobilize again.”

Directing for the drama is PD Shin Yong-hwi and scripts will be penned by Ma Jin-won, who wrote all three of the previous Voice seasons.

tvN thriller Voice 4 will be 14 episodes long and is currently set to premiere sometime next month. 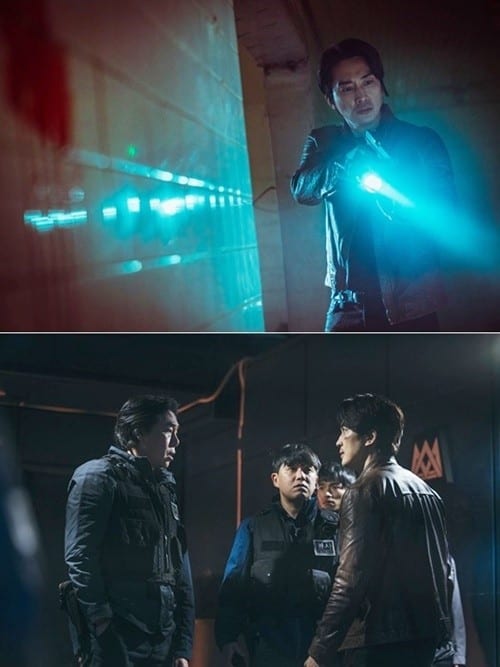 I watched (and LOVED) Season 1 but I don't why I didn't watch Seasons 2 and 3. Should I watch them? Or should I just jump to Season 4? Where can I buy more watch hours? Do I even have enough money to buy watch hours? Why am I here on a busy work day? Aaaaah. I'm going crazy.

Season 2 and 3 is as good as season 1 and Lee Jin Wook is really great in that drama. You need to watch it so that you will know what happened to Lee Hana and why she had the trauma. You can't skip season 2 and 3 :D all seasons of Voice are highly recommended. Season 2 in in Netflix now but they haven't put season 3 yet

Thanks, Bebot! I'll try to squeeze that on my watch list. I really enjoyed Season 1.

Lee Hana is the only constant in this series lol. I never watched Voice so I'm wondering if it's really that good that they gave it 4 seasons.

It's kinda normal, she's the gifted one with her very good earring. The plot is built around it.

I only watched season 1 and I could tell you that it was very good!

Voice is OCN's highest rating drama and it was a great fantasy crime drama. Jang Hyuk and Kim Jae uck's acting in Season 1 is Superb reason why it was loved by people some of the cases are based on true crime case. It was as good as Signal. Jang Hyuk didn't reprise his role as he said that he think his character don't have anymore story to tell. Lee Jin Wook became the lead in Season 2 and 3 and I can say that I pity his character I'm already hoping for the love line between him and Lee Hana but his character is a sad one but his acting is really great reason people still love Voice. Now Song Seung Heon is the lead for season 4 and I can't wait to watch it.
All Seasons of VOICE are highly recommended you can watch Season 1 and Season 2 in Netflix now. I don't know why they haven't put season 3 yet as Season 4 is coming this June. Watch it, it's worth watching....#KoreandramaAddictSince2004

I imagine Netflix would try to get the license for season 3 & 4 as well. International licensing agreement can be complicated so I have no idea where they are at. Moving Season 4 to tvN could be a move to help that. tvN has many shows on Netflix, making me think that they are set up to promote their shows internationally and even set up some general agreement with Netflix to make the process easier. OCN might not have that set up at this point and would mean a messier situation or they have to handle it case by case, show by show.

I am surprised to learn that Voice 4 will be on tvN since Voice 1, 2 & 3 were on OCN. Even though they are sister channels, I wonder why the switch and what it would mean to the production, and other aspects of this upcoming show.

It's the same writer of Season 1 to 3. But I think they haven't got slots in OCN as right now they are doing their Cinematic drama something. And TVN have the slot so they we're given to them. Or maybe since most TVN dramas now are really on fire and they getting the ratings unlike OCN now that most of their dramas are not getting that hype anymore unlike before maybe they think it's better for TVN to air it as there's more people watching TVN dramas.

Looking forward to this and especially seeing how SSH goes in this role. I'd like to see him in something less decorative and more gritty.

I wanted series 2 of Missing Noir M. And series 3 of Special Affairs Team 10...
Voice has been done to death.
*grinds teeth*