New characters stills for KBS drama From A Distance, A Green Spring 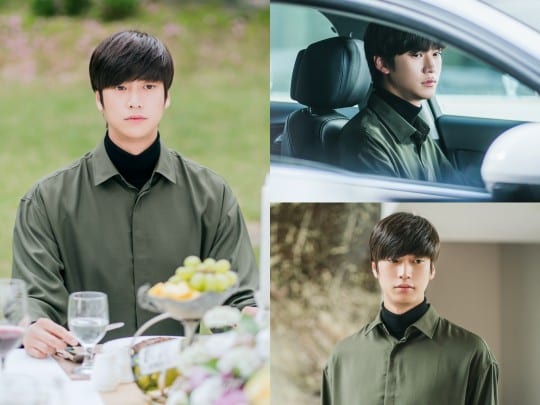 KBS’s upcoming coming-of-age story From A Distance, A Green Spring is well underway and new stills have been released featuring its main cast: Kang Mina (Beyond Evil), Park Ji-hoon (Flower Crew: Joseon Marriage Agency), and Bae In-hyuk (The Spies Who Loved Me).

Based on a popular webtoon by the same title, the title likens looking at a spring landscape from a distance with looking back at our past youth. The first flush of new green growth inspires feelings of hope and warmth, similar to the nostalgia we feel from memories of young romance. But when you’re actually living through it, spring isn’t always sunny. There’s mud, rain, chilly winds — and learning to live in the real world can be a harsh challenge.

In this story, Kang Mina takes on the role of college student Kim So-bin. Having come from an ordinary family, with okay grades and credentials, she always felt like she was just middle-of-the-road and not special enough. Despite trying her hardest, the results of her efforts are never as good as she wants them to be and she often feels like she’s trying to scale an unsurmountable wall.

Bae In-hyuk plays fellow student Nam Soo-hyun. As a perfectionist with a blunt personality, he doesn’t shy from confronting others whether it be about small or large matters. But when it comes to sharing more personal feelings, he is very guarded and private. Although he maintains good grades while juggling part-time jobs to pay for school, the lack of time impacts his social life and he’s known as an outsider among his peers.

In contrast, Park Ji-hoon’s character Yeo Joon is a popular student on campus with a bright and affectionate personality. Coming from a rich family, he appears to not have any troubles in his life. But in many ways he is wearing a mask, pretending as if everything is okay. As he comes to terms with everything buried inside his heart and starts to show his true self to others, he begins to build more meaningful relationships with the people around him.

Busy bee Na In-woo (River Where the Moon Rises) makes a special appearance in the drama as Yeo Joon-wan, a young professor and older brother to Park Ji-hoon. Although he has enjoyed early success in his career, he struggles with the weight of anxiety that always overshadows him and there are unresolved tensions between himself and his brother that are impacting their family relationships.

This project has been years in the making (Seo Kang-joon was originally cast in 2017 to take on the lead role) so it’s nice to see it finally being realized, although it’s a shame they missed a spring premiere date. Written by Go Yeon-soo and directed by PD Kim Jung-hyun, From A Distance, A Green Spring premieres next month on June 14 and will be airing Mondays and Tuesdays on KBS. 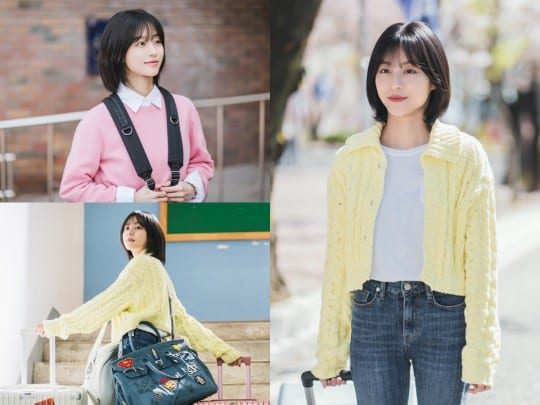 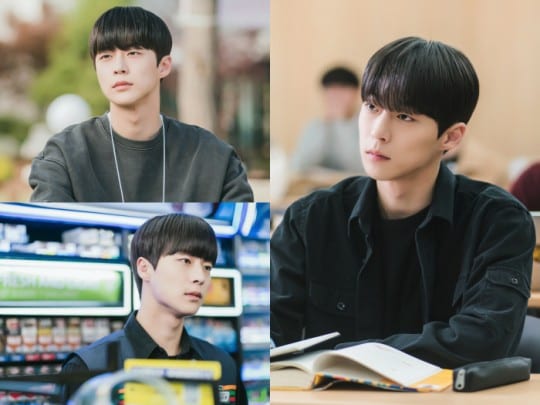 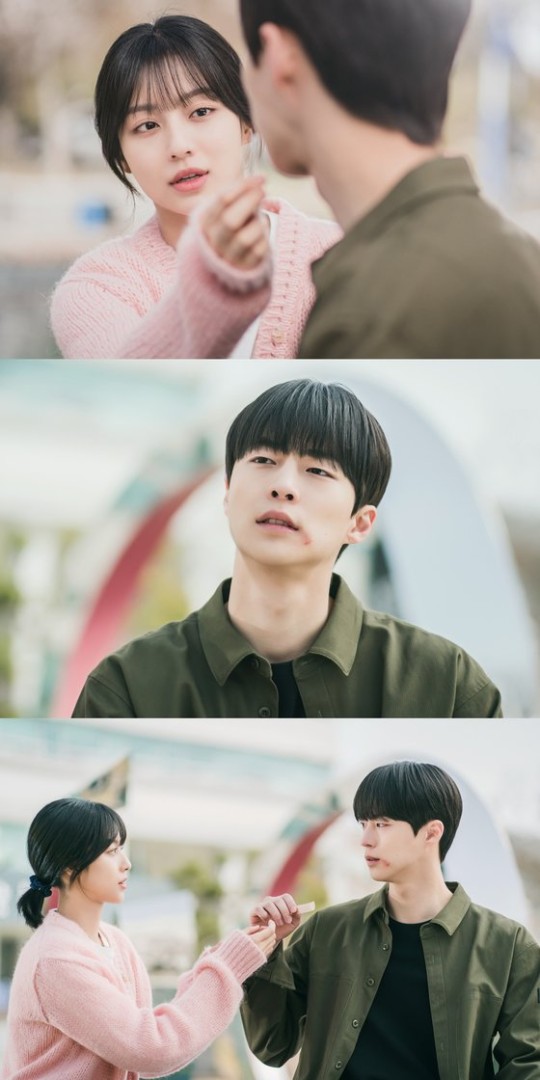 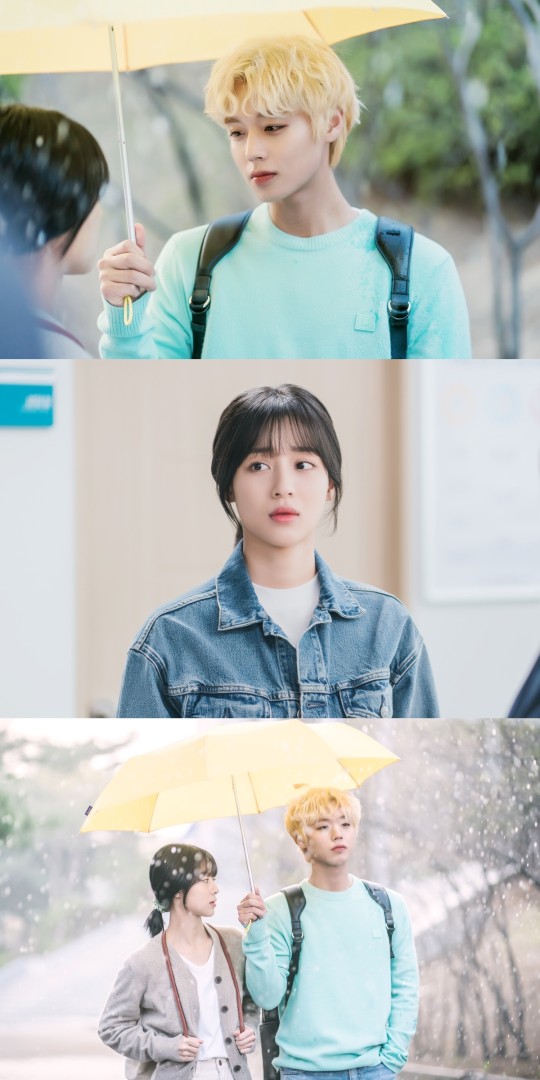 This is a nice article but the order you reported on the leads is very strange. The central role is Park Jihoon's character Yeo Jun (this was also the role Seo Kang Joon was originally signed on to play). His still cuts were also the first released so it's odd not to include them but include the second leads' stills.

Wasn't Na Inwoo only a special appearance? I got confused because his stills was the cover when the leads are actually Park Jihoon, Kang Minah (with an H and not Kang Mina without) and Bae Inhyuk. And where's the stills of the main character Yeo Jun? There's also this video of the character introduction of the main casts and other casts:
https://youtu.be/CSO5iISIsps

it's disrespectful to put park jihoon's name at the last when he is the first lead here. Posting solo stills of 2nd leads but not even bother to post park jihoon's solo stills when his stills were the very first stills that were released. I bet u don't even care to post this drama if ur fave actor (NIW) isn't there.

The quality of your reporting as unfortunately dropped recently. This time, it barely seems like you did any research. How disrespectful to misspell Kang Minah's name, especially when Google exists. You cite all of these sources, but did you read them? It doesn't seem like it. Please do better or I'll have to get my drama news elsewhere.

I thought that was Park Ji Hoon at the top at first. Oops!
I am always up for a coming of age tale!
I am excited for this one in large part because I am fascinated by Park Ji Hoon's chameleon like ability to inhabit a role and it seems like this one will challenge his acting chops.
I am not familiar with the rest of cast, so I am curious to see what they bring.

Woah, did not expect the reactions to this post.

Anyway it seems like they are sticking to the same theme for this timeslot. That said, I feel a bit apprehensive about KBS' drama line up. They are giving chances to rookies, which is not wrong, but I feel like the results might tank.

Don't worry, the response isn't that bad - they're all one person 😂