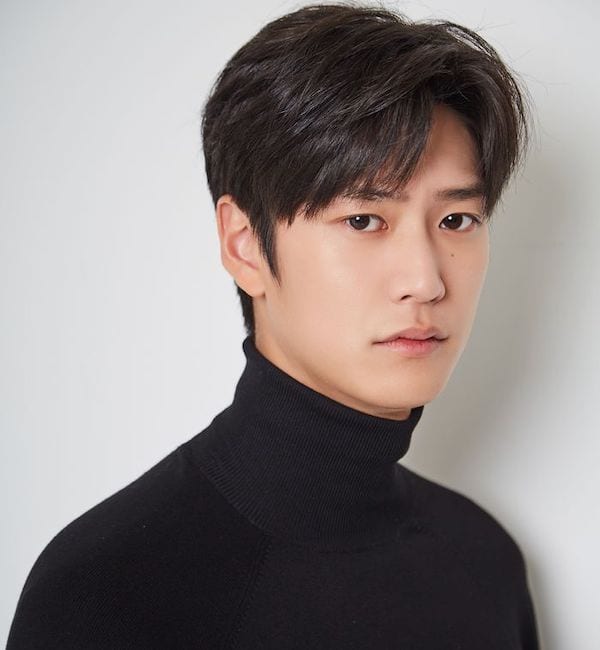 Na In-woo plays the main male lead, Gong Soo-kwang, a fish pedlar working at the Seodong market. He once had a bright future, but due to a meeting with Seul-bi seven years ago, his fortunes were reversed. He’s now the possessor of the worst luck in the world, which he’s accepted as his destiny. However, he meets her again when she re-enters the human world in order to free herself from a curse, and things begin to change for him.

Despite the rocky start of River Where the Moon Rises (due to the male lead switch), Na In-woo was lauded for his steady acting skills. He has even been nominated for rookie-of-the-year at the 57th Baeksang Arts Awards.

Written by Jang Yoon-mi (Cheer Up, Mr. Lee, Luck-Key) and directed by Yoon Sang-ho (River Where the Moon Rises), Jinx Lovers will begin production in the latter half of this year. Right now, it’s been reported that the production team are looking for the right “Rapunzel-esque” actress to fill the female lead role.

I don't think I have seen any of the dramas written by writer. Also River ended up being fairly mediocre. Hmmmmm, I may try, if only because for weeks I spelled his name wrong until a helpful beanie pointed it out to me. I still feel bad.

I agree, I love the casts but the plotholes are just too many to count

I'm glad something good came out of the River mess with Na In-woo getting another leading role. I'm getting tired of fantasy romances but maybe it will be fun.

I see he accepted,people say the webtoon is really good so hope it also translates in the drama!

I'm glad for NIW. He did a good job in River.
As for River, even if I mainly blame the terribly lazy writing, I can't say directing was good...
I haven't seen any of the dramas by writer, so let's wait and see.

From a distance it looks like Na In-woo jumped in to save River/Moon in its hour of crisis, and getting a lead role on the PD's next show is a reasonable payback.

Meanwhile, Asianwiki says the title of the show is "Jinxui Yeonin". So the Korean word for "jinx" is "jinx" ?

The real question is: do people get to call jinx if they say the same word at the same time in 2 different languages? 🤔

How would they know? If the rules are the same everywhere the presumptive answer is yes they call jinx. That would be a fun experiment.

I guess it depends on the usage but jinx seems to be used nowadays. Don't jinx me can also be don't wish ill on me so 재수없는 소리 하지마세요. For saying jinx when you say the same word, people say 찌찌뽕 jji jji ppong.

I’m super excited for him!!! I’ve decided to adopt him too! It’s him and Ahn Hyo Seop as adopted brothers hanging out in my gym upstairs. 😂

I think there's a movie with Lindsay Lohan that has a similar premise. Where she's the luckiest girl, and the main guy is the most unlucky, and they switch fates when they kiss.

Yeah I watched that as well the title was Just my Luck and the male lead is Chris pine :D but the premise of the drama looks more like Lovely, Horribly :)

If you had told me a few months ago that the actor who would get the biggest career boost from "Mr. Queen" would be Na In-Woo, I wouldn't have believed you...

As soon as I read the headline I though, "As he should." NIW is a delight and on his way to become my new oppa

I think he would have gotten a leading role sooner or later even if he didn't do River Where the Moon Rises.
I want to see him playing a regular guy in modern times, not fantasy though. Well, at least this is not another sageuk.
I'm curious who is going to be play his opposite.

It wouldn't have been easy to take over the role in River Where the Moon Rises like that, but I also think he was lucky to be given an opportunity to shine like that.
Of course whether to be able to pull off or not is a different story even if a chance was given, but Na In-woo certainly did. He did a great job!
In that sense, this year's luckiest actors are Na In-woo and Pyo Ye-jin in Taxi Driver in my opinion.

I assume that means he is really good to work with behind-the-scenes and someone you can depend on when you're in a pinch. He was lucky to have been tapped for River, but the production was lucky that he was able to take on the role so smoothly.

Sounds like an interesting drama, though I'm curious about what kind of female lead they're imagining.