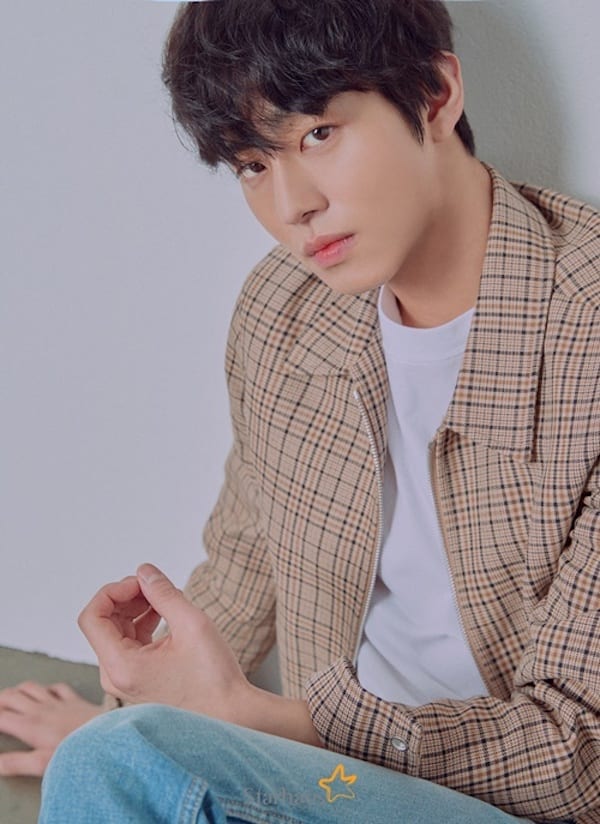 Actor Ahn Hyo-seop (Romantic Doctor Teacher Kim 2) is set to return to the small screen in Office Blind Date. The drama is based on an internationally popular web novel by the same name, written by Hae Hwa. Office Blind Date is about an employee-boss romance that begins after they first meet at an unintended blind date.

Ahn Hyo-seop’s character, Kang Tae-moo, is a third generation chaebol CEO who has been blessed with intelligence, charisma, business acumen — and of course, a handsome face. But, he’s prickly and cold to others, perhaps due to a trauma in his past that has prevented him from loving. He absolutely hates lying and is a workaholic.

Currently, the female lead part has not been cast, but it’s been rumored that Kim Se-jung (The Uncanny Counter) is in the running.

Directed by Greasy Melo’s Park Seon-ho, Office Blind Date will begin filming in the latter half of this year and is scheduled to air in early 2022 on SBS.

"Ahn Hyo-seop’s character, (fill-in any rich, male kdrama character < 40!), is a third generation chaebol CEO who has been blessed with intelligence, charisma, business acumen — and of course, a handsome face. But, he’s prickly and cold to others, perhaps due to a trauma in his past that has prevented him from loving. He absolutely hates lying and is a workaholic."

To make it fair, the source material is surprisingly surprisingly SURPRISINGLY good. I hate the Chaebol-employer trope with a burning passion, however the webtoon was hilarious and strongly reminded me of The Secret Life of My Secretary.

I agree. This story is nice. The thing with the chaebol-employer troupe. Despite the drama title, there are not many dynamics at the office (just a few encounters on the elevator here and there), since the female lead didn't work directly with the CEO. At the beginning of the story she is afraid that she will get fired or that he would make her life miserable, but it never happened. The whole story is a bit predictable and troupy, but there are a few elements that surprised me.

so where ARE all these "perfect" male specimens in real live Korea? i would love to meet one! oh i forgot i am not the pretty but poor candy type! but a girl can dream right?

Never fear. They all have amnesia and any day now they are going to remember how you saved them from a fire, a serial killer, drowning, a car accident or a Gumiho when your were both 8.

That’s not generic at all so sir.

OK, so let us pull out every single K-drama rom-com trope ever used- starting with the Tsundere Chaebol, and see what happens if we throw them into the blender.......

It could still be fun, even if not very original.

And of course the FL will be caught in an little white lie that spun out of control.

Ahahah yes, it will spun out of control. It is quite funny actually, as I read the webtoon, because the female lead goes for a fake identity. It kind of reminds me of The Secret Life of My Secretary, but here, the boss has no illness (but I must say the fake identity in Office Blind Date is so so funny ahahah can't wait to see the pink wig come to life!) xD

Yes, do it ;) the female lead's fake identity is so much fun! I laughed a lot!

I will watch this, I like the leads, sometimes I like a good tropey tropey mess. Hopefully, it is good tropey and not bad tropey.

I was actually hoping it was Jo Boa instead. I saw her name in the first reports about this drama. I actually see her in the female character of the webtoon, and not really Kim Sejung.

I like Jo Boa, I remember her name attached first, but I've never read the web too, and I adore Kim Sejung. So hopefully it lives up to your expectations.

I really hope so, because the female lead's fake identity is a super sexy, lewd, daring woman, with revealing clothes, full of make-up and pink wig. That's why the male lead doesn't recognize her outside this fake persona, since she looks entirely different. That's why I have a hard time seeing Kim Sejung in the role.

I've been pleasantly surprised by some dramas with generic descriptions so we'll see. It's the employee-boss relationship that is hard to get past for me.

You gotta read the webtoon, you won't regret it! It has a very happy ending, love it.

If I remember correctly, they didn't -actually- work together, he was just CEO of the company where she worked. Because he couldn't recognise her the power dynamic was not concerning.

True. They didn't actually work directly together. Actually, they saw each other mostly on the elevator ahaha.

Seeing how it's so painfully obvious where the plot will go, I hope the leads have good enough chemistry to handle this. The audience have long gotten tired of these typical K-drama characterisations.

These CEOs in their early - mid 20s.... I feel so unaccomplished and resentful. *thinks back to my own early-mid 20s...grad school and working 2 part-time jobs...of average intelligence, charisma, and no business acumen because I didn't think to invest in the company-matching retirement plan when I started my first permanent professional job..*

It's a very typical trope. I mean, when are they going to stop using the even more typical rich, intelligent, charisma and handsome but cold guy as male leads???!!!😒😒😒😒😒😒

When the Korean viewers don’t like it and stop giving such shows love and good ratings:)

True. But you need to read the webtoon. People assume the CEO is a very cold guy with a cruel personality. But he is not like that IMO. He just prioritizes his work above all else (never seen a character so devoted to work before, an workaholic to the extreme!) and he lacks affection. But he is not cruel, in fact, he treats the female lead quite well, and even helps her parents at their restaurant. I hope the drama won't screw characterization.

I mean.. if there wasn’t an audience for them they would not still be being made. Same for older man younger woman dynamic. If by and large the Korean viewers don’t mind or enjoy these tropes then dramas like this will continue to be made.

There is plenty of popular content that engages in harmful romanticisations (hell, just look at Goblin). The romanticisation of these skewed power dynamics can produce real-world consequences.

I find the male lead lovable since he never mistreats the female lead. He is just a pure workaholic who takes his job very serious (and like his employees to take their job seriously too), so people assume he is a cruel boss (he also has that typical stoic/angry face, but that's just how he looks). Now the nasty one is the guy whom the female lead likes at first, really really nasty.

I mean, I'd argue that entering a relationship knowing you are in a position of power over the other person is already an act of mistreatment. That's why I can't really deal with these kind of dramas, for the most part.

I quite agree with you on that. But half of the webtoon is around her fake identity (so much fun, quite light-hearted). Though the other half is the reveal and the consequences of such reveal (some sadness and some drama).

Have finished the manhwa; and guys, its indeed a cookie cutter story. Whatever plot youre are thinking of office romance are present. As much as i still think that theyre (AHS and Sejong) are too youthful looking; this genre are too trivial for older actors. Even idol actors who are bit older than them. A clear minded adult would drive away from this kind of fiascos, thus younger face would be more suitable.

My only question is: will Ahn Nae-sang be in this one too?

But seriously, I find this quite weird. Romance seems to have become a pretty unpopular genre in K-drama, and I don't think I've seen the cold chaebol / warm ordinary girl pairing in ages. But hey, it's SBS, who found a huge audience for Penthouse. Maybe they will also spearhead a retro-romance revival.

These things go in cycles. Romances/Rom Coms will come back probably sooner rather than later.

"Will Ahn Nae-sang be in this one too? "
LOL! So funny!
Well he has to be! Since he is in every single drama...
A professor in Law school, National youth team head coach in Racket Boys, and some kind of hardware developer in On The Verge Of Insanity (starting 6/23 on MBC)...
I'm more curious about if he will be in this or not than the drama itself.

Woah he is in Racket Boys as well?!?

Of course he is! LOL

I liked the manhwa. Good old guilty pleasure. However, I don't know whether this manhwa works as a drama. There wasn't a lot of meat in the plot, to be honest. Not to mention, isn't there a drama that similar to this already? I'm thinking of the Secret Life of My Secretary. And I guess when I was reading it I didn't have Ahn Hyo Seop or Kim Se-jung in mind... They are a bit soft.

I was also skeptical about Ahn Hyo Seop but I was happy when Jo Boa was in talks. However, Kim Sejung? That concerns me because the female lead's fake identity is supposed to be sexy

I was excited about Jo Boa too!

They're always 'third generation' chaebols in K-dramas because if you go any farther back you're bumping into collaborators with the Japanese occupation.

This sounds extremely generic on paper. But, if there’s one thing I learned from all my years of watching kdramas, it’s that sometimes the most basic-sounding plots can weave that cracky kdrama magic and be really fun. So, who knows? Maybe this will be the unexpected gem everyone’s talking about come 2022. I’m trying my best to be optimistic.

That being said, I do have some issues with the employer-employee romance angle and how that could lead to some icky power dynamics.