On the Verge of Insanity

This workplace drama tells the story of several employees at an electronics corporation. Together, they cope with many changes in work and life, from the veteran employee who must transfer to a new department in order to keep his job, to the company's first female executive that he must now work for.

This workplace drama tells the story of several employees at an electronics corporation. Together, they cope with many changes in work and life, from the veteran employee who must transfer to a new department in order to keep his job, to the company's first female executive that he must now work for.

Jung Jae-young, Moon Sori battle office politics in new teaser for MBC’s No One But a Madman 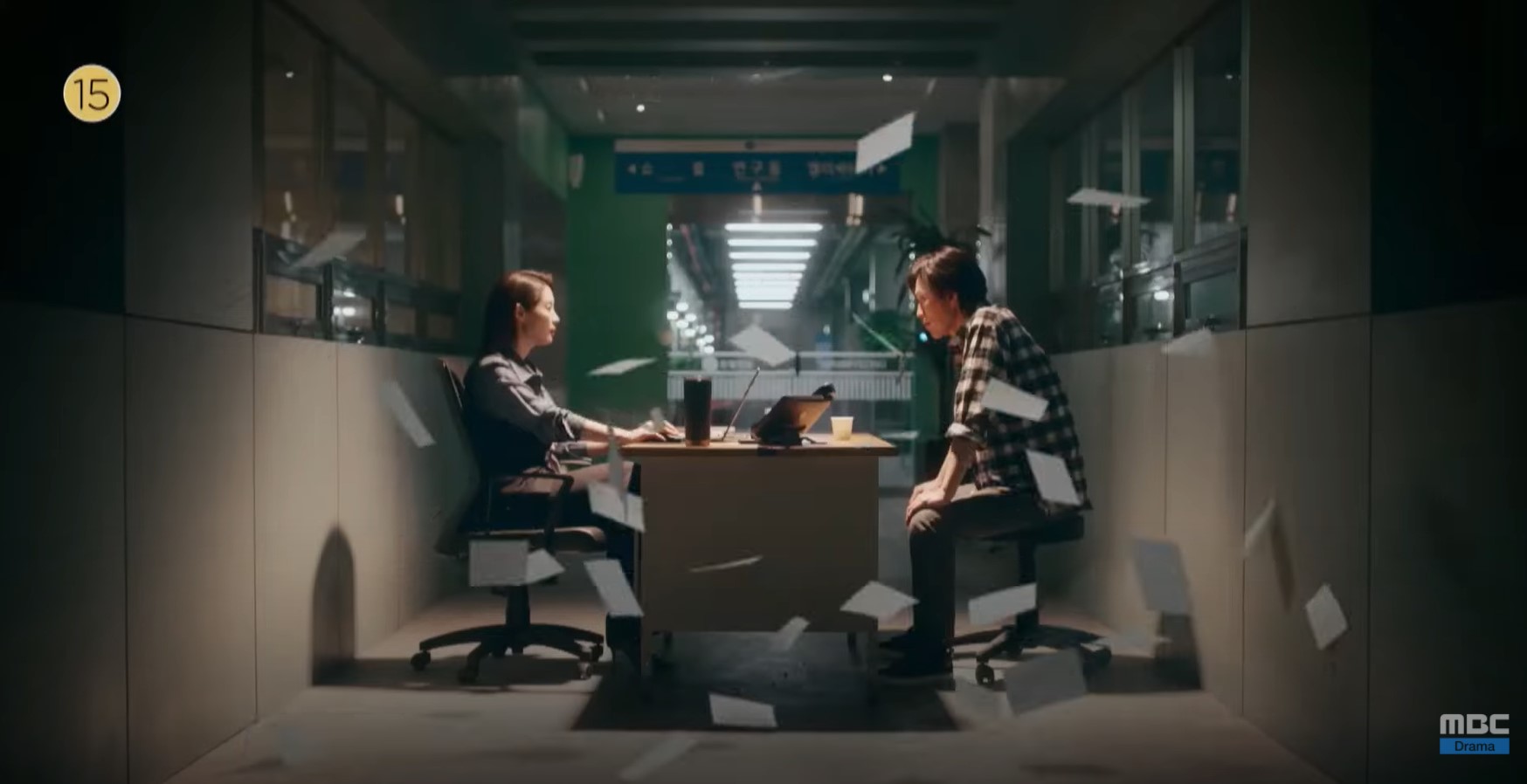 The story is one that will be relatable to anyone who is or has struggled to survive within a rapidly changing work environment and worried about their career. At one point or another, it’s common to have thought about resigning, changing to a new position, or felt fearful of being laid off.

In this very dilemma is Jung Jae-young’s character, who worked as an engineer for many years at his company and is suddenly re-assigned to the HR team. Moon Sori plays the head of human resources, who Jung now reports to.

In the newly released teasers, we get a preview of Jung Jae-young speaking with Moon Sori as she delivers the news about the company restructuring and how Jung is being re-located to work in HR.

The first clip starts with papers flying about the office where Jung Jae-young sits with Moon Sori. A disgruntled Jung asks, “You want me to go where?” And Moon simply responds, “Human resources.” Animated shots fire into Jung’s side of the screen, on the left, as he repeats what she said in disbelief, “Human resources?” Turning to the camera, Jung rants, showing his true feelings to the audience, “You’re asking me, who worked here as a developer for more than 20 years, to go to the HR team to do what exactly? Are you telling me to leave the company? Is this what this is?” As he turns back to face Moon again, the camera switches to the opposite side view of the room so that she is now on the left and Jung is on the right. Taking a sip of coffee, Jung Jae-young accepts his fate, “Well, I guess that’s what has to be done.”

The second teaser shows us another conversation between Jung Jae-young and Moon Sori, and formats the clip like a video game fight between two opponents now in round 2. Jung asks if there are other teams or positions that he can go to instead, “Like software control or something like that?” Moon replies, “Your experience is lacking in those areas,” and Jung tries to negotiate, “Can’t the company provide training and support, for employee development?” Turning away from him, Moon reveals her inner thoughts to the camera, “Employee development is for the young kids. Is the company mad? Why would they invest in employee development for you?” Similar to the first teaser, the camera flips to the opposite view of the room so that their positions on the screen are reversed. Taking on a more professional tone, Moon Sori responds to Jung, “Unfortunately, your higher age is a factor when considering employee development.” Accepting the situation again, Jung says, “I guess nothing else can be done,” and the teaser closes as he walks out of the room.

Directed by PD Choi Jung-in and written by Jung Do-yoon (Witch’s Court, Baby-Faced Beauty), MBC’s next Wednesday-Thursday drama No One But a Madman premieres in just a few weeks on June 23. 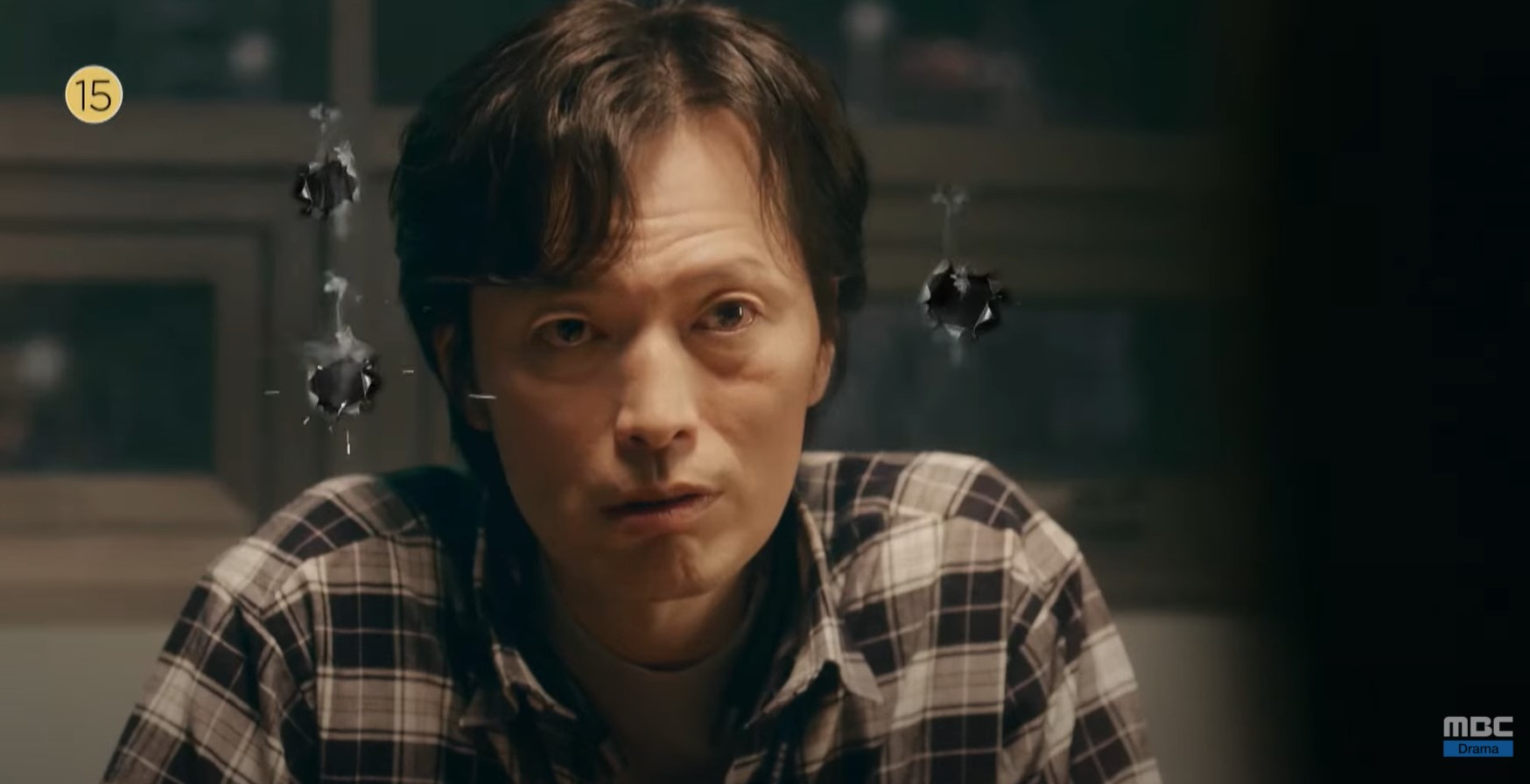 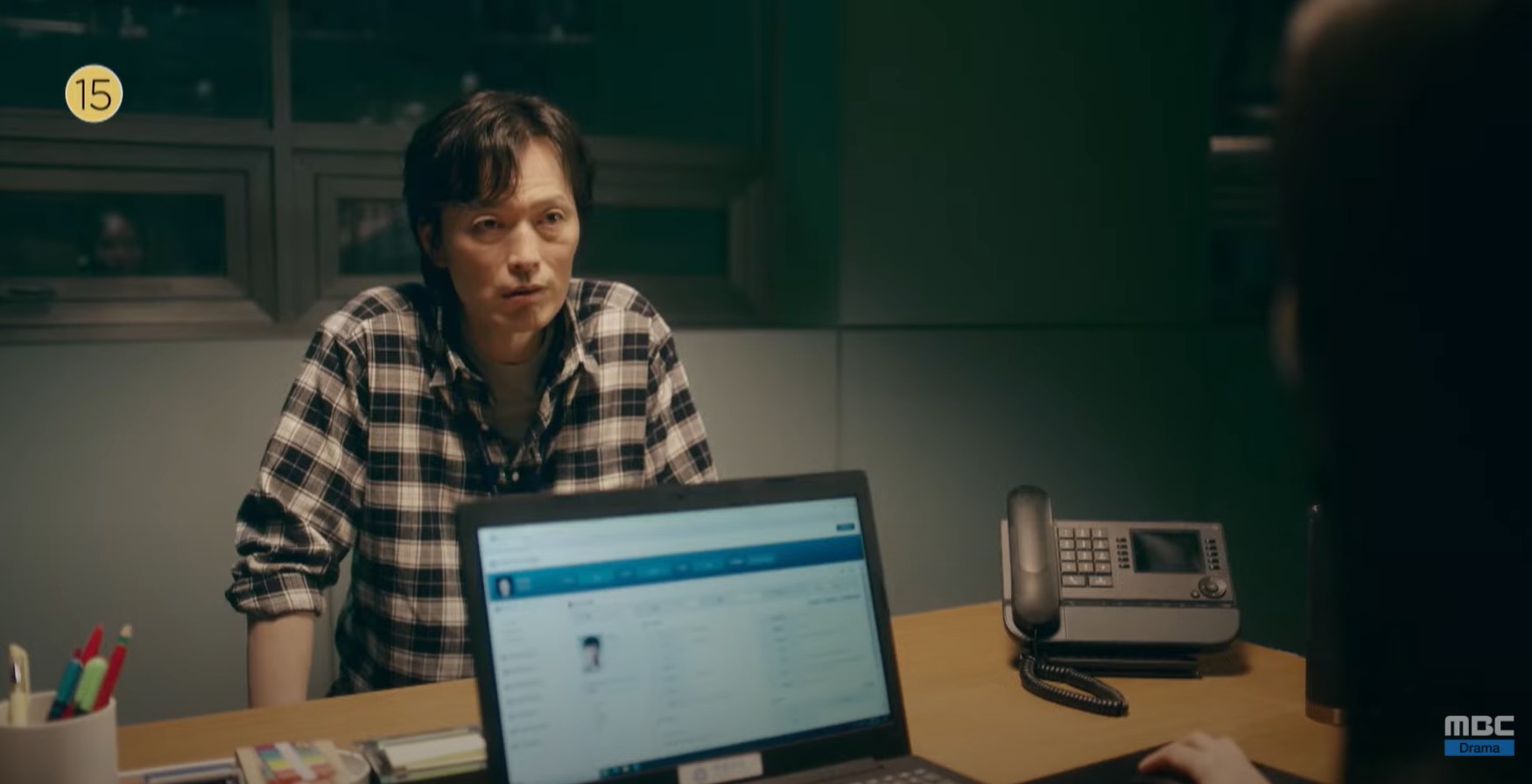 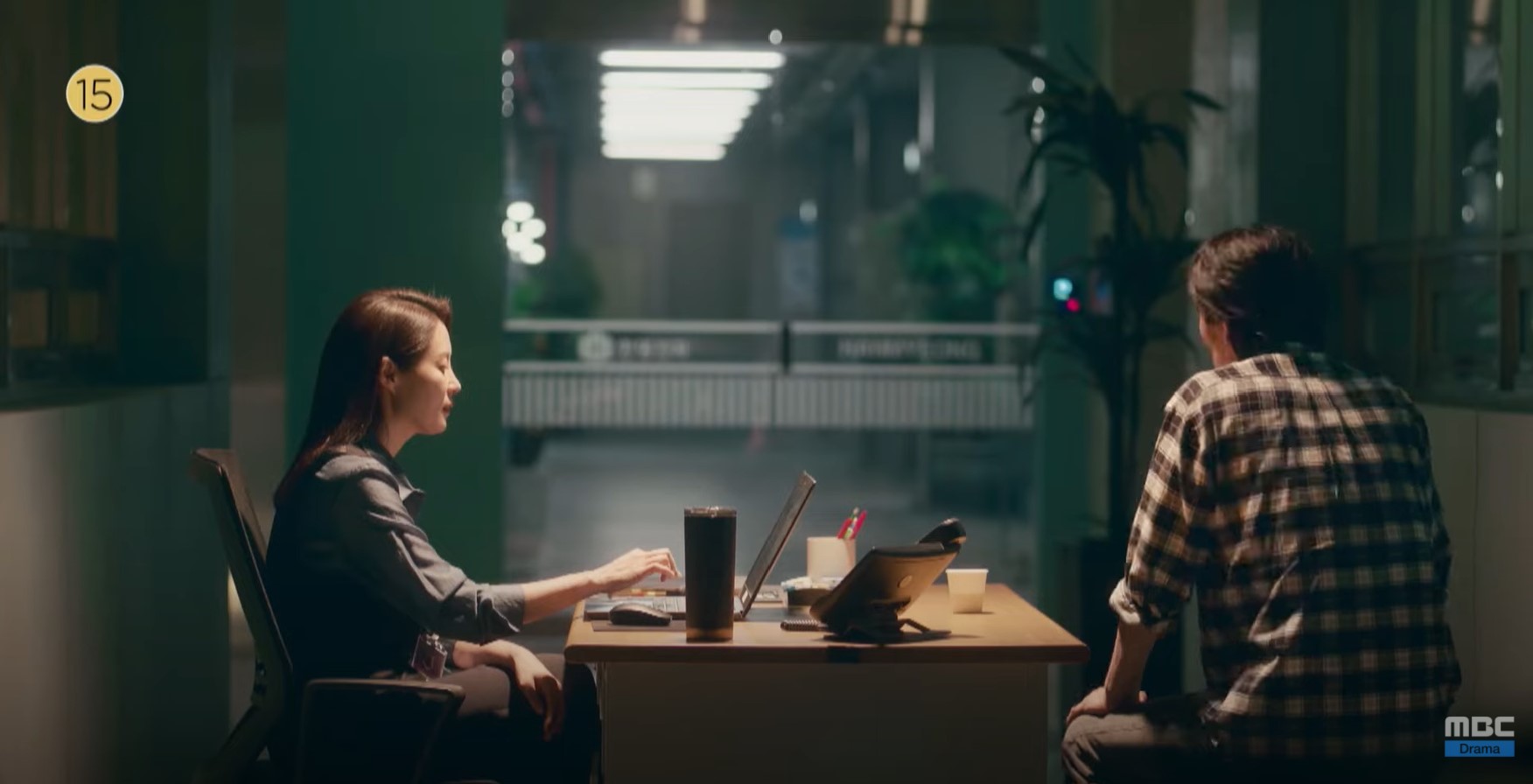 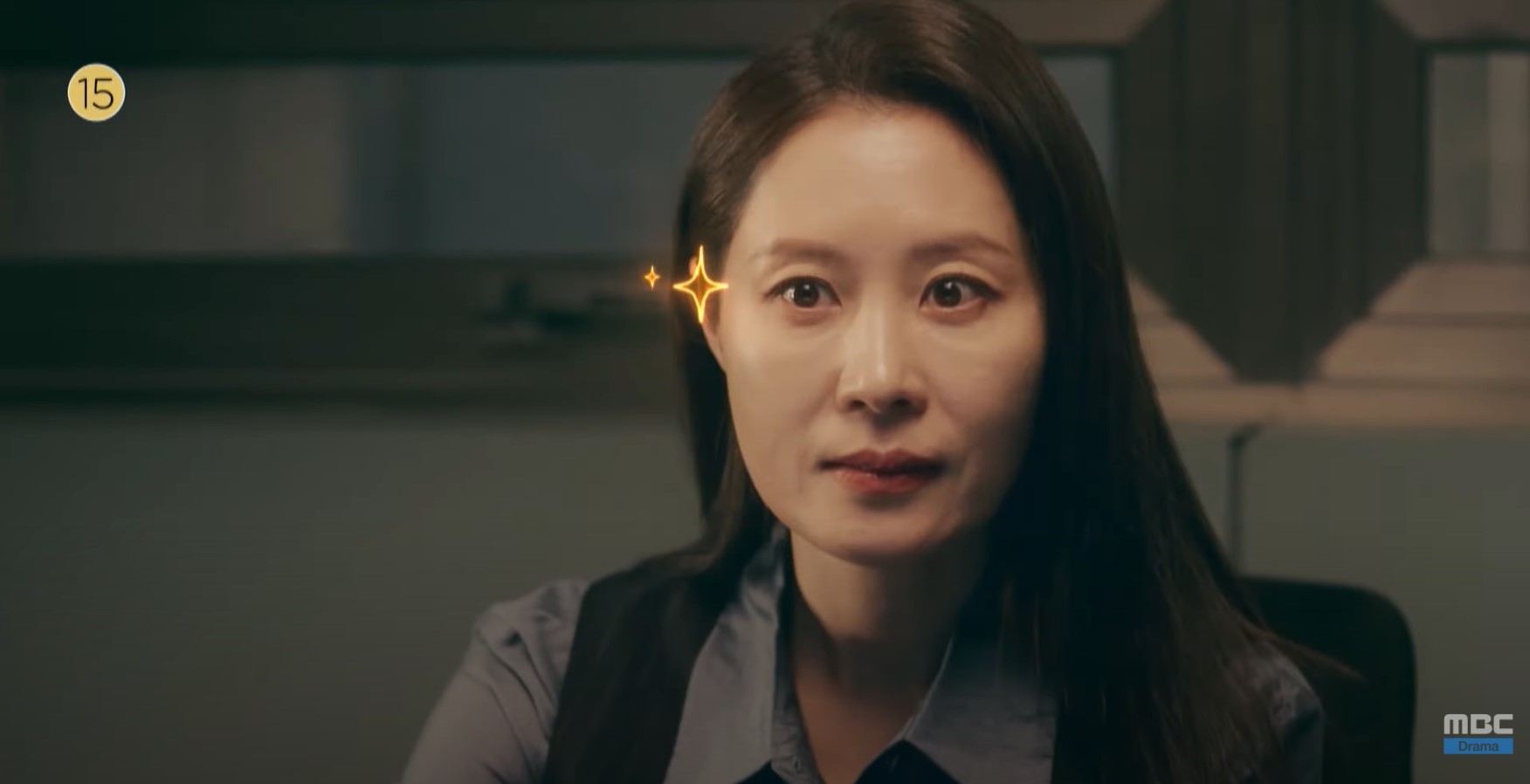 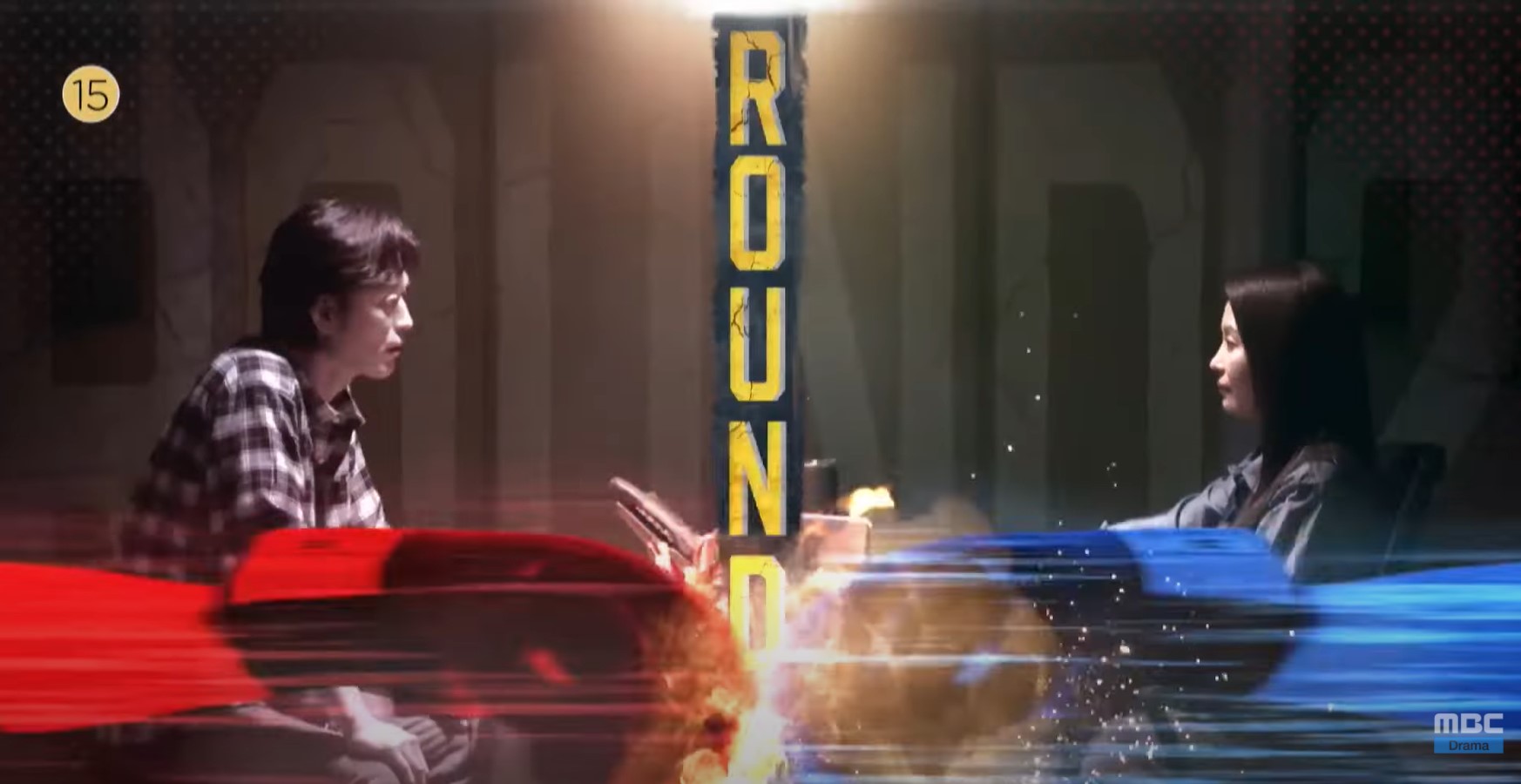 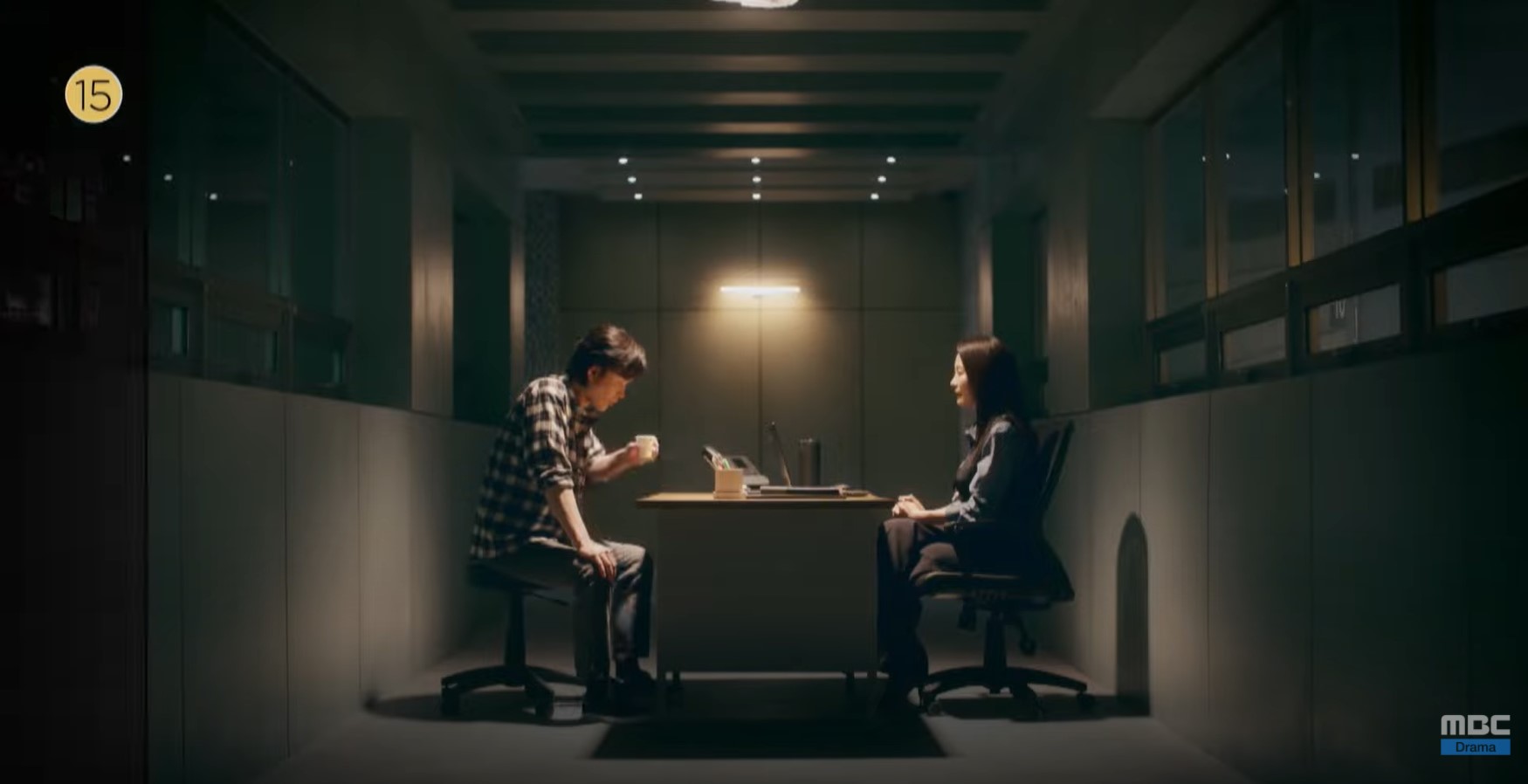 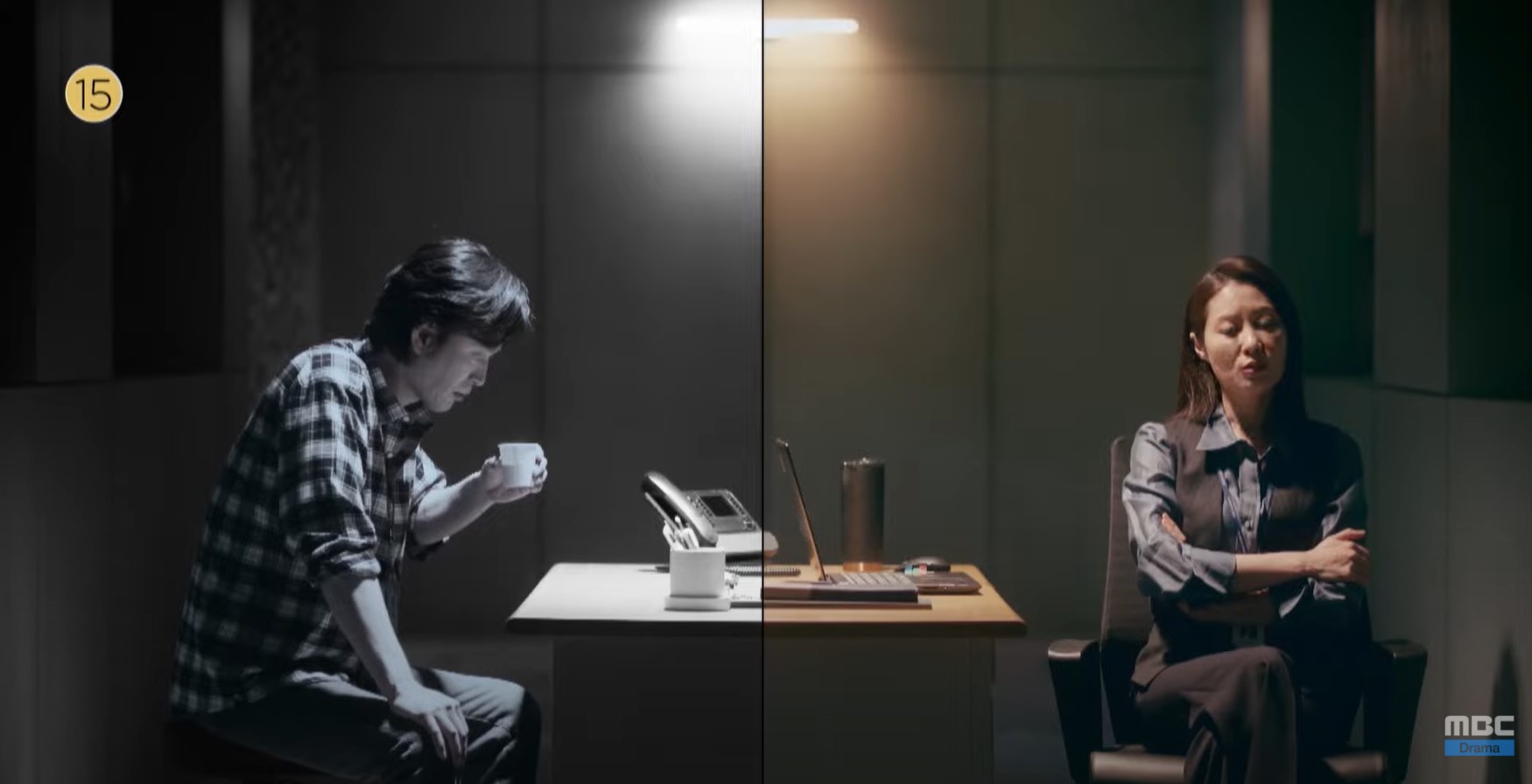 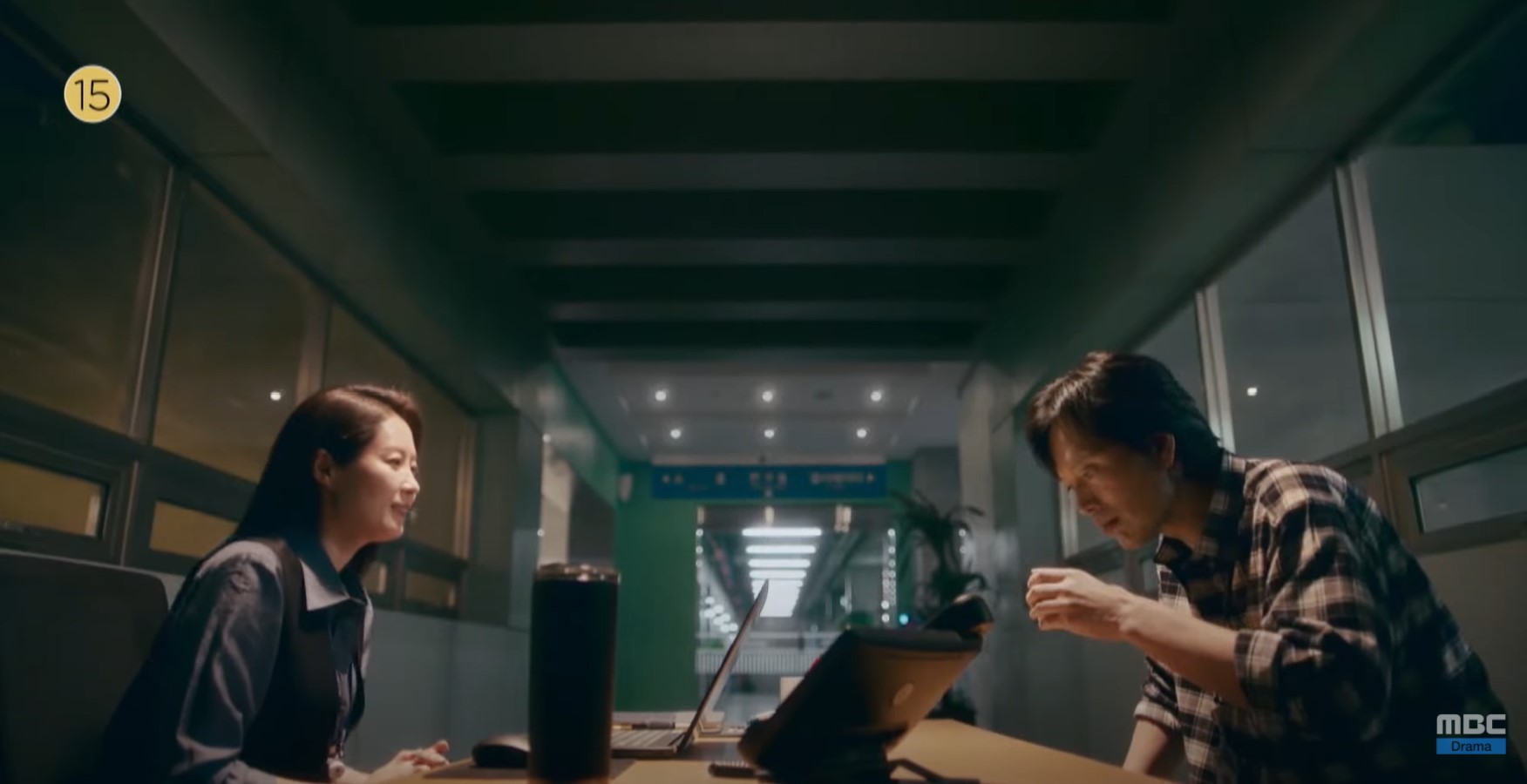 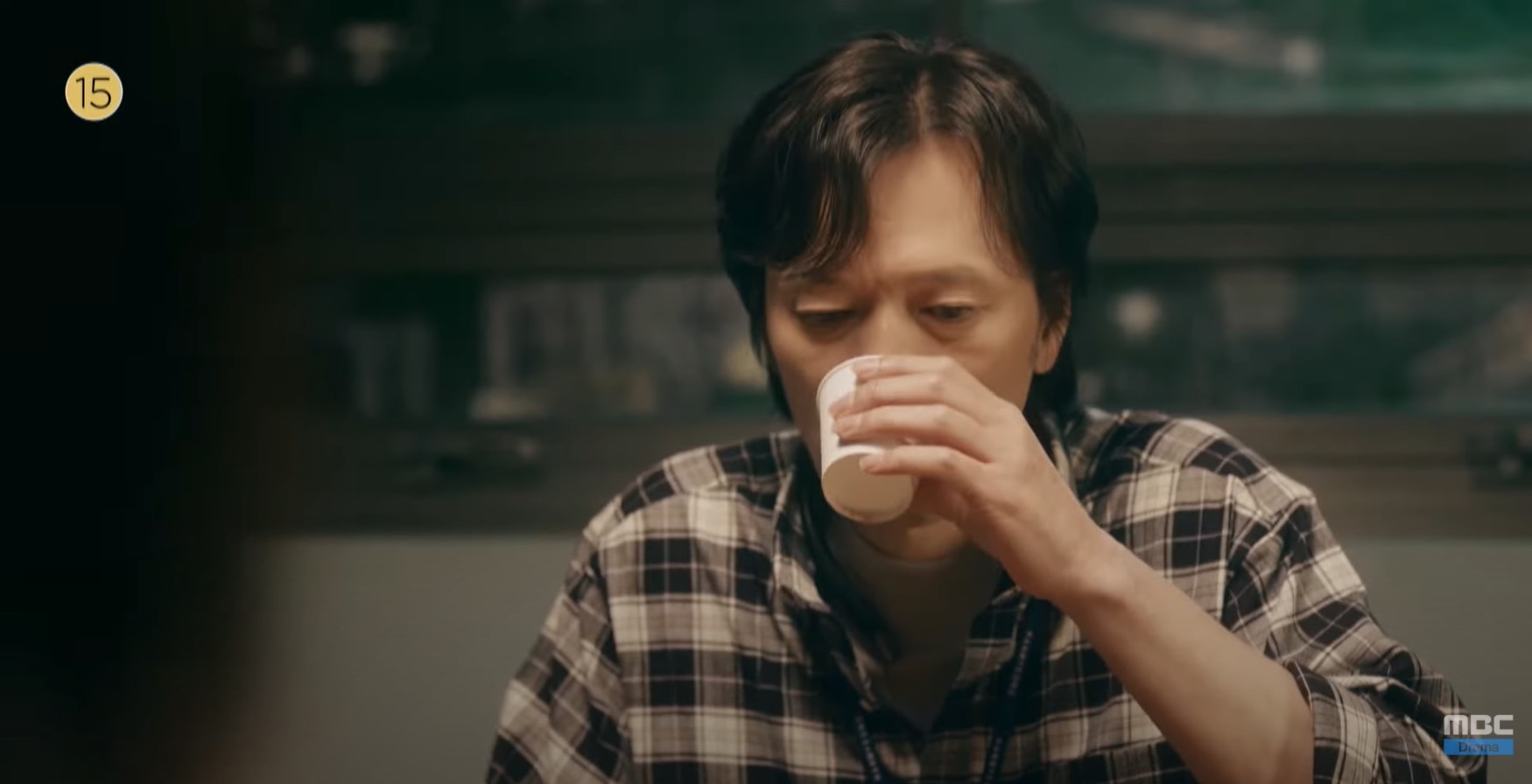 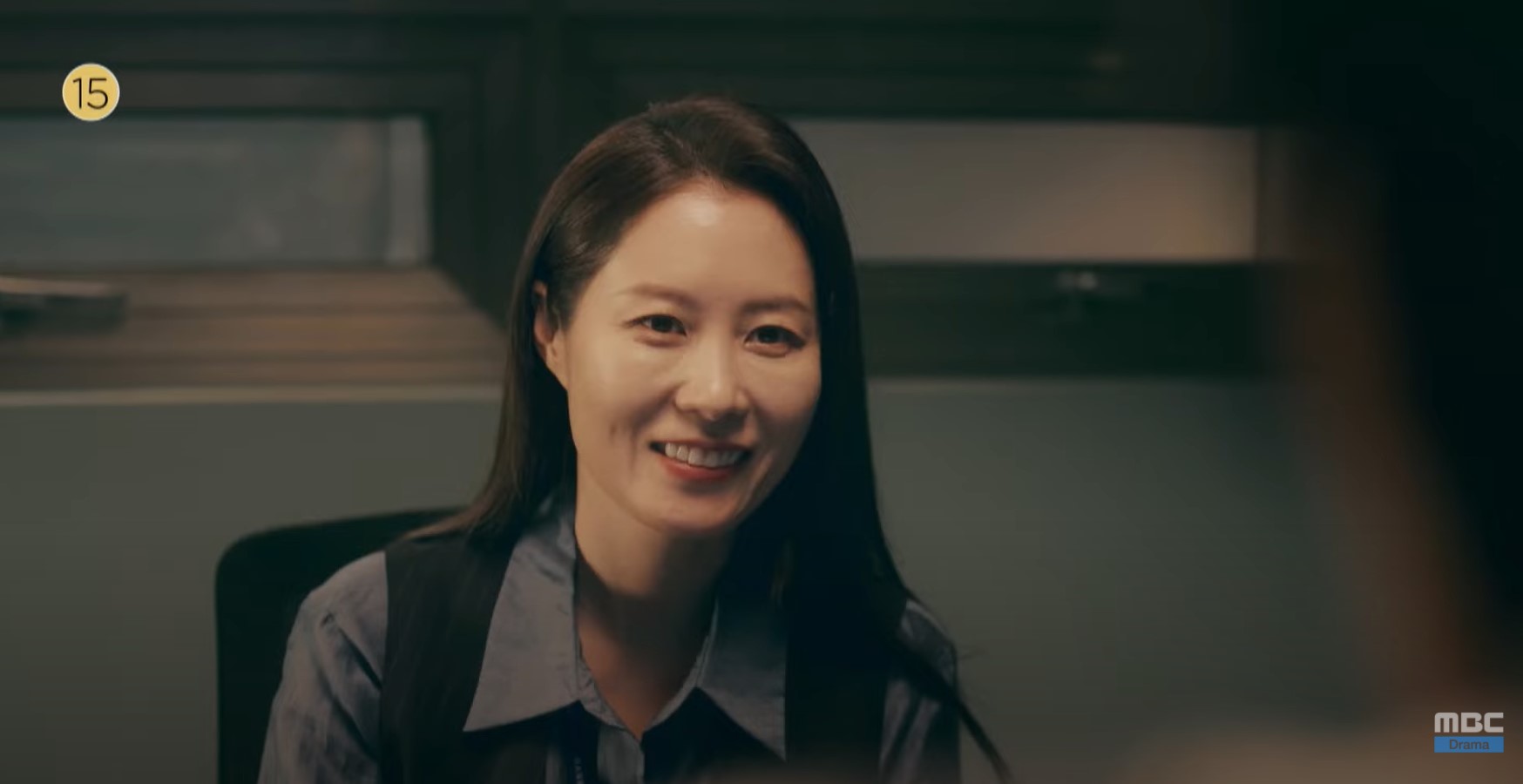 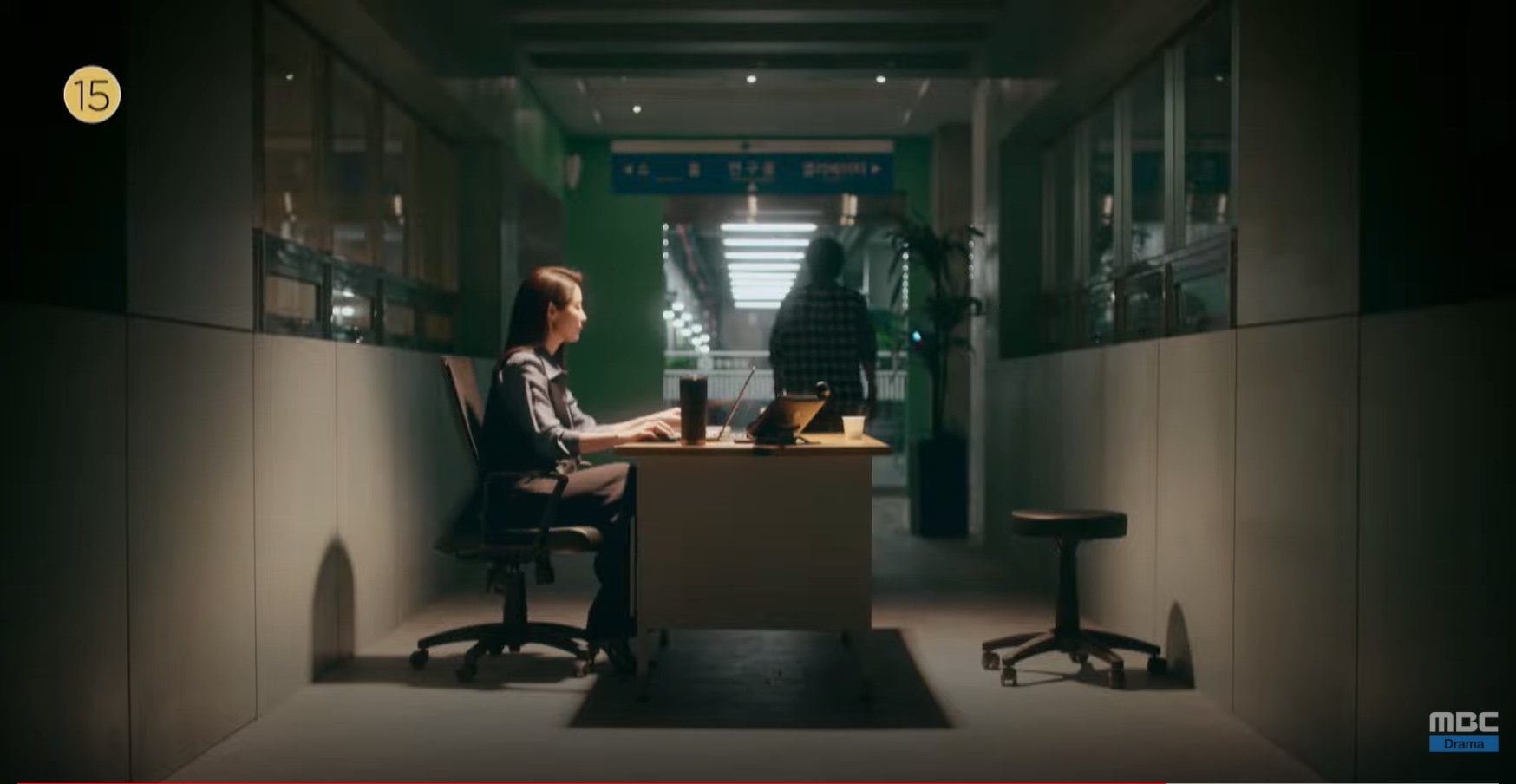 Tags: Jung Jae-young, Moon Sori, On the Verge of Insanity

I was super disappointed that there wasn't going to be a 3rd season for partners for justice, so I'm glad to see him in a new drama regardless.

No One but Madman looked like a disaster and it wouldn't be on Dramabeans. Office workplace genre are now on brink of decline after popularity between 2016 and 2019 and this was one of them fell apart despite of disappointed cast members and that NObM characters felt cast made unfittingly decisions and of course, wrong cast members. That entire NObM saga felt a wrong place.

I need MBC to give a longest drama hiatus now. If NObM will fail ratings, then that would-be the tragic MBC drama lineup year. NObM will sounding as a flop.

Looking forward to this cos I adore the two leads and enjoyed the writer's previous dramas. And also cos I've never met a competent HR manager in my life, and would love to see what a good one actually does. That she is played by Moon So-ri is a bonus. Also: Ahn Nae-sang pops up again!

Jung Jae-young's hair is a bit of a disaster, though.

I saw the teaser without subtitles and was thinking WTH with JJY’s hair - but it totally makes sense now I know what the drama is about.

With JJY and MSR on board and both are top notch actors, I will definitely check it out. The storyline also resonates with me - but it’s an MBC production that doesn’t give much confidence.

Maybe MSR will give him a makeover in the later episodes!

Poor MBC. Oh Master was truly terrible, but actually I love a lot of their dramas from the last couple of years, e.g. Kkondae Intern, Kairos, 365 Repeat the Year, Special Labour Inspector Jo, One Spring Night.

Both Witch's Court and Baby-faced Beauty had ratings that trended up, so it'll be interesting to see how this performs. That said, it's a pass for me currently.

Oomph. It's a hard truth that there is, in general, not much investment in making sure the workforce - especially those who have been in the workforce for 20 years- can adapt to changing times. Curious to see how the drama will address that. It's nice to have dramas that aren't all about people in their 20s and early 30s.

This is a one of a kind stellar cast. Every cast member is 👌