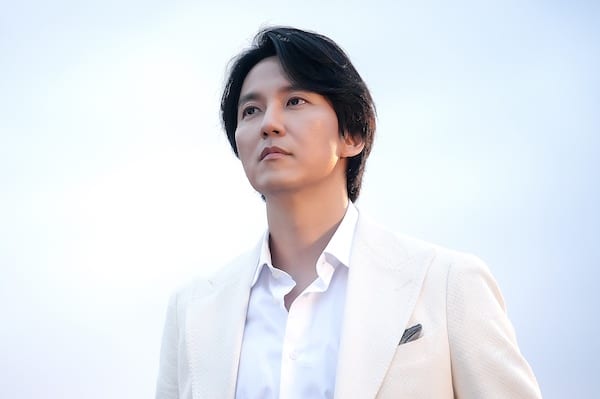 Kim Nam-gil (Fiery Priest) will be starring in an upcoming SBS drama called Those Who Read Hearts of Evil. Based on a 2018 novel written by Korea’s first criminal profiler Kwon Il-yong and author Go Na-moo, this drama is a crime thriller centered around behavioral profilers who try to “read the hearts” of serial killers.

In this new project, Kim Nam-gil will be playing the main role of Song Ha-young, a profiler who knows how to understand people and their intentions better than anyone else. I have faith that Kim Nam-gil will create a perfect Song Ha-young persona, showing the character’s cold charisma and doggedness in criminal pursuit.

Filming for Those Who Read Hearts of Evil will begin as soon as casting finishes. It looks like Island, the previous project Kim Nam-gil was confirmed for, has been pushed back (potentially due to Seo Ye-ji having dropped out a few weeks back and the need to cast a new actress). As of now, Kim Nam-gil is still attached to the project so we’re in for a Nam-gil-full year.

Yes, ready for this!

hmmm, i prefer him in comedies...

So.....are we getting Mustache Nam-gil back? 😃
P.S. Sounds like a Korean version of "Mind hunter" so I'm definitely in!

i will follow him to the end of his acting road and hope it is a long one!

Looking forward to watching Kim Nam-gil in this!

I will keep an eye on this project. Being a cops/crime/mystery guy this may finally be my first Kim Nam-gil drama. I am probably one of the few people around here who has not seen any of KNG’s work.

(Now if Yoon Shi-yoon was also involved in this drama that would have been awesome. Just thinking out load here.)

What?! This must be rectified at once. ;) I think you will like FIERY PRIEST. There is also the Silla epic QUEEN SEONDEOK, which looks as good as when it aired in 2009.

(Where is Yoon Shi-yoon by the way?)

Toki, I was aware of KNG’s performance in the popular THE FIREY PRIEST (2019). I decided to give it a pass at the time.
Re YSY. I am kind of disappointed in the only news I have. This appears to be his next project and it will be a pass for me:
https://asianwiki.com/You_Raise_Me_Up

It is also an SBS project but I would much rather have him in a crime drama like KNG’s.

Oh gosh, I'm not watching that either. I'll just wait for his next drama, sorry YSY!

I forgot to say that you can also catch Kim Nam-gil in films like THE PIRATES (15th century) or in THE SOUND OF A FLOWER (19th century).