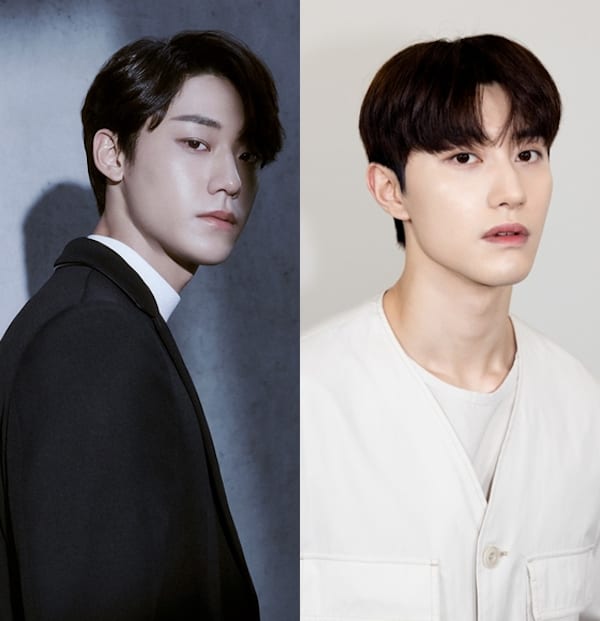 Rising stars Lee Do-hyun (Youth of May) and Kwak Dong-yeon (Vincenzo) have been confirmed for upcoming Netflix original series, Hunting Dogs. Currently, it’s been reported they are finalizing the details like scheduling and such.

Based on a Naver webtoon by the same name, Hunting Dogs is an 8-episode noir action drama about three men who become tangled up with each other because of debt. It’ll be a joint project between Naver subsidiary and Seed Film (Moral Sense).

Director Kim Joo-hwan of Midnight Runners fame is at the helm, and he’ll begin prep for Hunting Dogs after he finishes filming his current movie Puppy (Puppy to Hunting Dogs. Hur.) which stars Cha Tae-hyun. Art director Lee Bong-hwan, who worked with Kim Joo-hwan in The Divine Fury, will also be joining Hunting Dogs.

Right now, the production staff of Hunting Dogs is holding auditions for the female lead. They’ve revealed they want a fresh-faced rookie to join our two rising stars for the drama. Filming may begin later this year or early next year, depending on Lee Do-hyun’s filming schedule for Melancholia.

Lee Do-hyun and Kwak Dong-yeon deserve to be the next stars of their generation.

They are both talented young actors. I like the idea of a rookie female lead.

I'm in. These two could keep me gripped reading entries in a phone directory. Great anticipation!

I will watch the heck out of this. I am a big Kwak Do Yeon fan and Lee Do Hyun ain't to bad either.

Oh yes! Another LDH project to save me from drowning in my own sorrows that YOM is definitely gonna give me...😭😭
I have a theory on how the finale week is gonna go but I'll wait to write that under ep 9&10 weecap.

The drama gods are looking down upon us fondly. This casting is glorious. I’m also very excited to see who is cast as the female lead. New talent is always welcome.

I'm happy for this cast! A new drama with Kwak Dong-Yeon always is a good news! Even if it's a short one.

Not to ruin everyones excitement but unfortunately they are not confirmed yet.

Maybe they will confirm later? Or different cast will be in the drama? Let's wait for confirmation news 😅.

I can't say I'm going to be heart broken if this doesn't work out.
I have been praying for a Kwak Dong-Yeon sageuk with his mane of glory.

I am so excited for seeing these 2 on screen!

Now this is something to get excited over. Can't wait.

I would be happy with either, but both??? Drama God is being very generous 🥰

Yes, please. Noir? Lee Do Hyun? The director from Midnight Runners? Only 8 episodes? This is one I'll surely be on the lookout for.

Wow .. Lee Do-hyun is continue working without rest, not that I'm complaining