The popular crime thriller returns for a fourth season, again chronicling the real-time attempts of an emergency call center to stop crimes that are currently in motion. The gifted voice profiler finds herself face-to-face with a nemesis that just might be her match. Her team is joined by an LAPD detective.

The popular crime thriller returns for a fourth season, again chronicling the real-time attempts of an emergency call center to stop crimes that are currently in motion. The gifted voice profiler finds herself face-to-face with a nemesis that just might be her match. Her team is joined by an LAPD detective. 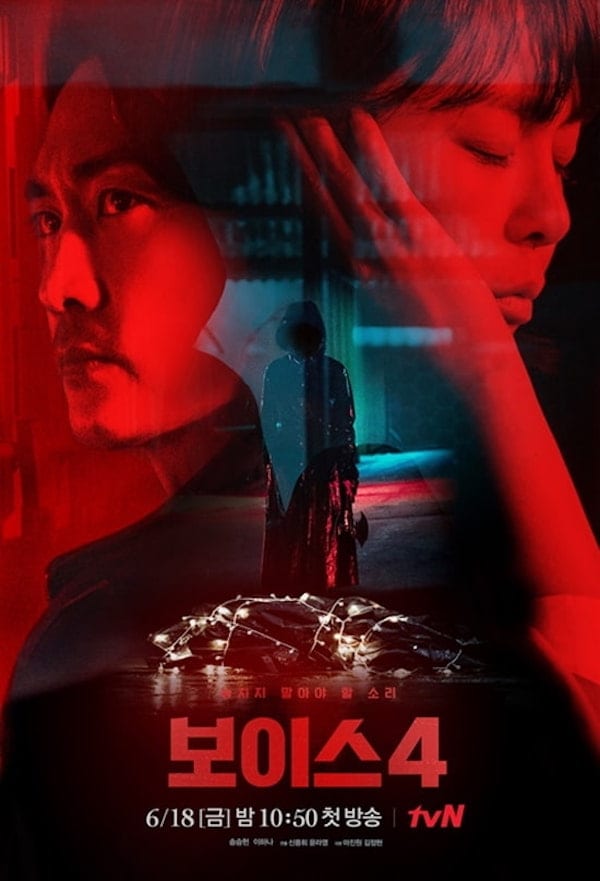 Crime procedural drama Voice 4: Time of Judgement has announced some casting news and released a new teaser. This multi-season thriller drama is all about phone calls to 112 (Korea’s version of 911) that are critical to catch criminals within the Golden Time. Lee Hana (A Piece of Your Mind) reprises her role as a voice profiler, with Song Seung-heon (Will You Have Dinner With Me) as her new rule-following American partner.

Season 4 is all about serial killer who has superhearing just like Lee Hana’s character. Given those abilities, the killer is able to disguise his sound traces and trap the police into a corner.

The teaser begins with the followers of the serial killing circus ringleader walking an eery field. A hooded figure, splattered in blood, whispers to Lee Hana: “We were born with a very special fate.” Lee Hana explains that the killer keeps sending her messages in a sound profile only she can hear, teasing her with plans of future, devious murders. She thinks that the killer wants to make her believe that the killer has the same extraordinary hearing abilities as her.

In the middle of a mass-scale search in a forest, Song Seung-heon calls Lee Hana: “This is Derek Jo with the LAPD. Please tell me everything you know about the criminal.” She explains that the killer has exterminated two entire households in the past. She continues to let him know: “It may be difficult to believe, but the criminal has a special hearing ability…” The killer, wielding an axe, is shown in the midst of a horrific home murder.

A young woman hiding in a closet texts “Help me.” In a different scene, Song Seung-heon tells Lee Hana: “I don’t know what you heard that made you say that, but if you’re wrong, my sister is in danger. Can you take responsibility for your words?” In a face-to-face encounter, she confronts him: “I don’t care if you believe me. The killer uses his special hearing to kill others, I will catch him and make him pay.”

As for casting news, Lee Kyu-hyung (Hi Bye, Mama!) will be playing an important role in the drama, but details of his character have not been revealed. 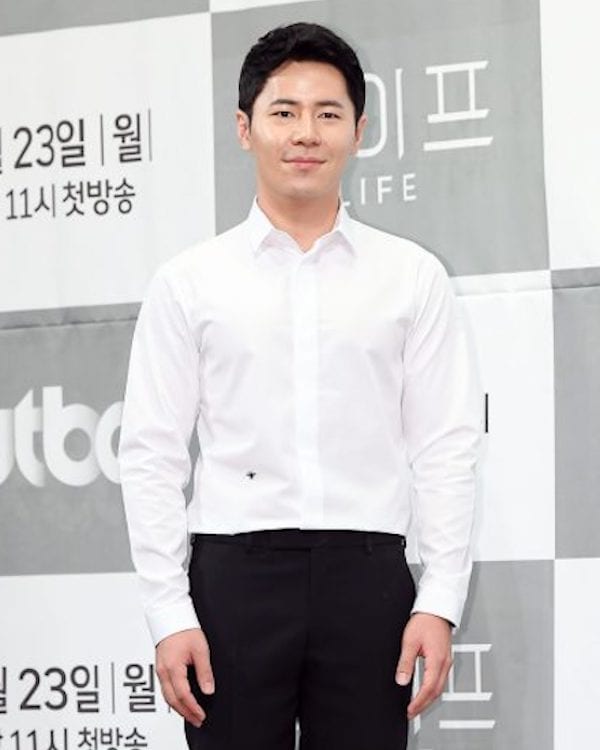 i love this show, if i can just get through the gore

Really looking forward to this, hoping they can recapture the flavor of the early eps of season 1. Glad to have seen the last of the season 2 & 3 male lead and his mental issues.

But I think we need extra suspension of disbelief for the entire series -- even accepting the FL's super-hearing, I can't accept that the phones people use to call have good enough sound quality for her to put her ability to full use when she isn't on-scene.

My guess is the FL developed PTSD or something after an incident in season 3 and then her character became a murderer. The new villain is said to have similar abilities like her...because it is her and LKH character is one of her new created personas. Hehehehe

why do i think the same? Because the woman in the hoody looks similar like her.. but we'll see...

Song Seung Hoon looks so scruffy! :) Looking forward to see him in different image.. (we got to use seeing him in his handsome and clean image).

Wondering what happens to Lee Jin Wook's character... I hope to show doesn't kill his character..

I think Lee Jin Wook died in Season 3 because of his illness that can never be cured. I was sad as I am expecting a love line between his character and Lee Hana's character as I see them fit to each other. Anyway can't wait for season 4. I watched all Voice drama and it's the drama that I think deserved to have lots of seasons :D
And Song Seung Heon is one of a versatile in Korea so I'm sure he will do a great job.

Hope if there's another season they will get Yeon Jung Hoon (Vampire Prosecutor) and came back as a bad ass vampire ;D

I sure hope this trailer isn't an example of what the background music will be like throughout the drama as I found it to be distracting from the visuals. Those two should never be in competition with each other.

Only watched season 1. Do I have to watch season 2 and 3 before I watch this one?

Not necessarily.. Season 2 and 3 are quite related because the same male character, where the serial was digging the FL's history deeply.

It's okay if you want to skip the two previous seasons and jump to season 4.

I'm sure what to expect since the ending of season 3 was kind of meh for me, but I love this crime thriller too much to let it go haha

Also, Lee Kyu-hyung is gonna be in it? Possible baddie of the season, as per tradition? Whatever role he plays, I'm so down!

So tvn took this show. It used to be in ocn. Didn't know they could do that.

Damn ! Kwon yool is in last episode of season 4😭