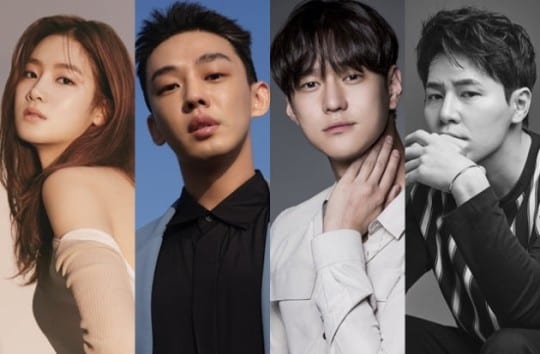 A new action blockbuster film is being produced by Netflix called Seoul Vibe and the star cast has now been confirmed. With Yoo Ah-in (Voice of Silence, Chicago Typewriter) in the lead role, the ensemble line-up includes Go Kyung-pyo (Private Lives), Lee Kyu-hyung (Hi Bye, Mama!), and Park Joo-hyun (Mouse) among others.

In the heat of summer in 1988, Korea is bustling with excitement for the upcoming summer Olympics in Seoul. But, on the day of the opening ceremony, the mood behind the scenes is dampened by the discovery of a VIP slush fund. In order to help with the criminal investigation, a neighborhood’s supreme team of young drivers is recruited by the special ops team to help chase down the culprits.

Yoo Ah-in takes on the main character, Dong-wook, the leader of the neighborhood, Sanggye-dong, crew and the best drift driver on the team.

Also part of the driving crew is Go Kyung-pyo, who plays a sensitive soul DJ named Woo-sam; and Lee Kyu-hyung playing Bok-nam, who knows the streets of Seoul like the back of his hand.

In supportive roles, Ong Sung-woo (More Than Friends) is the handyman on the Sanggye-dong team, Joon-ki. And Jung Woong-in (Fly Dragon) plays the chief prosecutor, who plays a crucial role in getting help from the Sanggye-dong crew.

Kim Sung-kyun (The Fiery Priest) takes on the villain role of Director Lee, the man responsible for transporting the slush fund and orchestrating the money laundering.

Finally, last but not least, Moon Sori (On the Verge of Insanity) plays President Kang, an infamous and influential figure in the private loans market.

On the production side, Netflix’s upcoming action-chase film Seoul Vibe will be directed by Moon Hyun-sung (The King’s Case Note, As One) and a release date has not yet been announced. 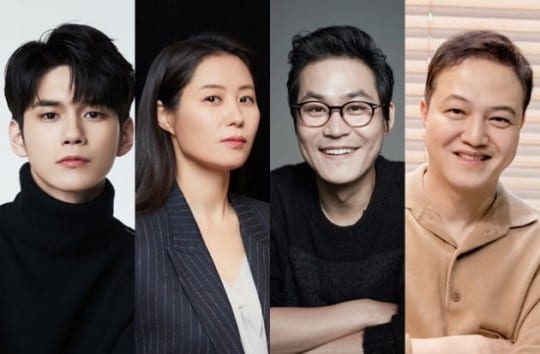 The ensemble is great and I’m sure the movie will be fun, but what I’m really here for is that Chicago Typewriter reunion…. Is it too much to ask for a Im Soo-jung cameo just to make my heart whole again?

I hadn’t even noticed but that’s true as well. This movie is just stack full of reunions.

I came to say the same. I loved that drama so much.

Interesting. It strikes me to question that there was this kind of driving going on in Korea in 1988. There was still pretty low private car ownership (and btw, 95% of the cars were black). After seeing that, I bought a red car just because I was in America and I could! I look forward to more backstory 🤔

Not quite as Fast, but hopefully, a bit more Furious...

For some reason, this reminds me of The Italian Job….

I am just happy Ong Seong Wu gets to act with all these A listers in three consecutive movies.

I am just waiting for his musical movie to get released.

If only Covid goes away....

Been waiting for more from Lee Kyu Hyung <3