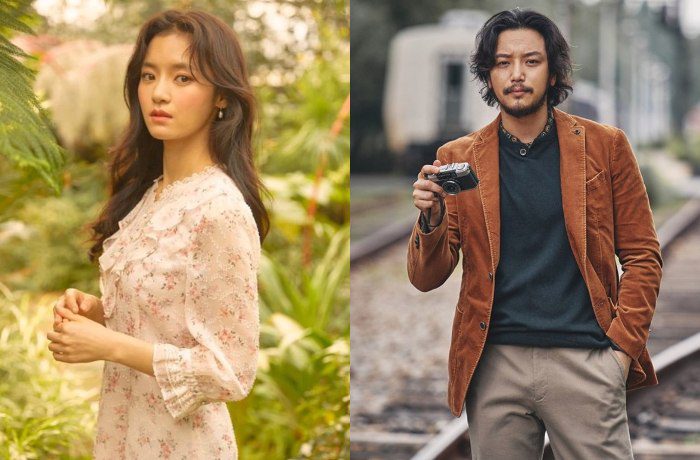 I’ve been a huge fan of Go Bo-kyul ever since Hi Bye, Mama! so I’m excited to see her next project. Her agency announced that she’s received an offer to star in upcoming Wavve original drama Death to Snow White, and that she’s reviewing it positively.

Based on a German novel by Nele Neuhaus, this drama adaptation is a crime-thriller that will include more Korean elements. The story is about the dark side of human nature that’s revealed as the characters delve into a murder case that happened eleven years ago in a small village.

Go Bo-kyul has been offered the role of the main character Choi Na-gyeom, a top actress. She helps her childhood friend and unrequited first love, Go Jung-woo, live a new life after he’s released from prison. Currently, Byun Yo-han (Mr. Sunshine) is the top contender for that role.

Byun Yo-Han is such a versatile actor! It would be nice to see him in a new drama :)

Go Bo-kyul has already starred in one thriller that rocked my world (Forgotten Season), so sure, we can try fi

I watched it recently and OMG!
Really looking forward to watching all your other recommendations!!

You can never have enough Byun Yo Han! I’ve been rewatching Mr Sunshine and he is consistently amazing.

Will Byun Yo-han have that beard and longish hair? Because that look is very attractive on him. We (*cough* okay, I) need more scruffy handsomeness in modern dramas.

Byun Yo-han can do no wrong. And Go Bo-kyul was fantastic in Hi Bye, Mama!. I’m excited to see them in dramaland again.

Funny that whenever Byun Yo Han is in anything I see it as Ddang-sae playing a character.
There really should be a plot where a man from the past ends up in the present as an actor and has to play himself.

Is it me or they kinda look like each other?