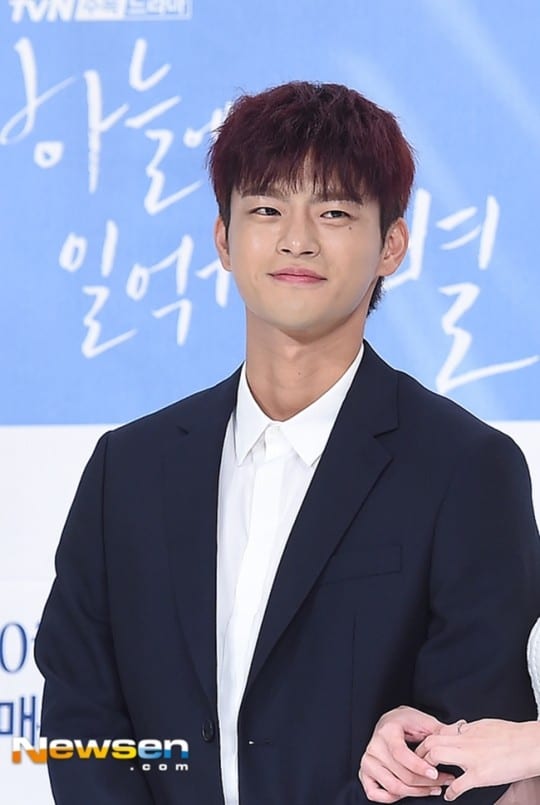 Although it’s just been a few weeks since his last drama ended, actor Seo In-gook (Doom at Your Service) is already in talks for a new mystery action drama called Handsome Shaman: Case Diary.

The drama is based on a popular web novel by the same title and is centered around the role offered to Seo In-gook. Named Ha Joon, the character was once a profiler but now works as a shaman and runs a mysterious café. In what sounds like an episodic format, the story will follow the shaman as different customers come to visit the café and seek his services.

Deviating from the source material, however, the drama will introduce a new character to change up the dynamics — and it’s reported that a comedic element will unfold as a result.

Mystery drama Handsome Shaman: Case Diary is still in pre-production and a broadcasting station has not yet been announced. Scripts will be written by Park Hye-jin (The Yellow Sea, Ruler-Master of the Mask) and filming is set to begin this coming October.

I mean, it sounds very similar to many other fantasy dramas of the last three years, but also I am maybe a bit of a sucker for the whole supernatural business trope, especially if there is food and drink involved.
Plus Ziggy, if he confirms. Can't say the writer instills an awful lot of confidence in me though... so for that sake I almost hope he doesn't take it, because we would like a Ziggy drama that is actually good, pls.

I'm a sucker for that too. We get the pleasure of seeing supernaturals having jobs just like us humans, but they aren't as beholden to terrible customers because they've got powers. Can just tell bad customers to eff off and reward the good customers with supernatural help.

I think an episodic format keeps it pretty safe. I hope the script's already mostly written since the writer hasn't had a drama in a few years.

The writer. That's the problem

Food & Drink offering place fulfills wishes of clients? Why can't drama-land do something new? Why can't it be... a laundry-service or pest-control? :/
That said, I hope SIG's shaman-role can exorcise 'Doom....' out of his filmography resume.

True! And more relaxing to have it in a food & drink place. I was trying to think of other places where strangers could chat for more than 5 minutes and only came up with airplanes. Supernaturals as flight attendants? Stuck in a metal tube up there in the sky with no escape for the duration of the flight. Maybe whoever sits in the dreaded last row close to the toilets can be blessed with help from a supernatural being?

Or instead of place, interesting jobs?
A. Flight attendant
B. Star of an Extreme/Dirty Jobs show
C. Mudang/Seer
D. Neighborhood police officer or social worker
E. Loan shark with a heart of gold
F…? Various Beanie ranks seem to offer great opportunities, or even better, the spirit works through the Beanie ranks in real life as penance…

I'll take all of these for 500, thanks... especially F :-P
(Real estate office has been done twice already though, and the bathhouse one I love but would just make me compare it to Spirited Away.)

And still whereby we need this in a convenience store where the bright antiseptic fluorescent lighting and mundanity of the work will lead the employee to barely react to the crazy coming through their door each night.

@leetennant thank you for reminding me to finish my story about exactly that.

@leetennant. Reminds me of @sicarius story… neon plastic wrappers under the glare of fluorescent lights in serried ranks readying for battle. Hope sic gets back to it one of these days?

@hebang, I do believe that's what @leetennant was actually referring to/ referencing ^-^. (Unless she wasn't... and her comment being the exact premise of said story is just a weird, and very creepy coincidence... )

Also yes, I am trying to get back to that. I want to make finishing it my next, and primary creative goal for the near future.
If only I can work up the motivation and discipline to actually create and not spiral into existential dread every 5 days...

So, the hero is a con artist? It suits SIG, he was pretty good in Squad 38. Not sure about the writer... I can't still believe Ruler-Master of the Mask won the best screenplay...

I like the idea of a comedic episodic format, SIG could really make that work, but the writer...

Is it now the season of shamans!
Anyways let's see if this shaman is going to hold me spellbound for the duration of the whichever number of episodes to air!

Sorry it should be The Cursed.

Sorry I translated this word 방법 ! The Korean title of that show!

The only shaman show I liked was that one!

Came here to write this, you beat me to it. 😂

Will watch. I love SIG so much, if I can sit through Doom and my love for Gong Yoo allowed me to sit through Goblin, I can watch this despite the writer.

This is what you call a perfect casting! I really hope he takes up the role!! 🤍🤍

It's Seo In Guk, so I will check it out. And I definitely need a palate cleanser after Doom.

Totally unrelated, but I really love how normal his hair looks in this picture. Not a single awful grey-green tinge there.
❤️

I have to admit, I also was bugged by the hair tinge. In college I sometimes dyed my hair teal, and as it faded over time, the fading color would start to take on this weird fungal vibe. (natural ash blonde, so it really stood out.)

I once said in a comment that Seo In-guk could be boiling water for 16 hours straight and I would watch every minute of the drama. After the mess that was Doom at Your Service, I think I’ve proven my undying loyalty. Of course I’m watching this.

The main problem is that writer. The writer for Ruler - Master of the Mask does NOT inspire confidence for me. Especially now that Seo In-guk needs a strong script to make up for the blunder of Doom. Well, at least I can say that Ziggy was part of the fun new shamanism trend in dramaland.

How the heck did I miss that show back when--especially with that cast? Thanks for pointing it out.

It's well worth it.

It’s so good, I watched it for the first time just recently.

I absolutely want to rewatch it, I may even write a few things about it

This is a maybe for me.

I don’t know…he was amazing in A Hundred Million Stars (The Smile has Left Your Eyes) and i would like to see him in more serious roles. He has potential.

Awe , I don't know much but when I read the comments it feels like it would be another wrong choice of a drama for him to work in :((. I seriously hope he would be more careful while selecting projects. He is among only the few good actors out there in k drama world.... he deserves a better filmography. It literally hurts to see him wasting his efforts on series like DAYS.