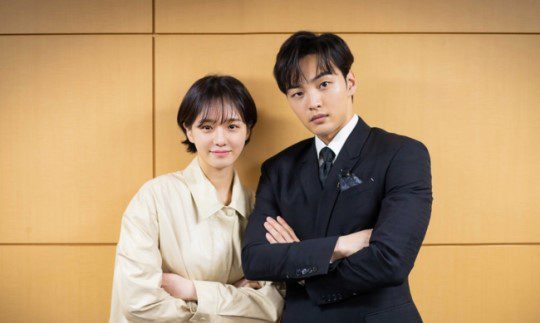 The cast and crew of KBS drama Dal-li and Gamjatang recently gathered at their first script reading, and stills have been released.

The drama stars Kim Min-jae (Do You Like Brahms) and Park Kyu-young (The Devil Judge) in an opposites attract romance, with Kwon Yul (Daughter-in-law, Voice 3) playing the third wheel.

Kim Min-jae’s character comes from a rags-to-riches family. They started off running a small restaurant that hit it big and is now a large and successful franchise. Due to their humble origins, though, Kim Min-jae never went to any fancy schools and is completely new to navigating the social and cultural norms of the wealthier class. However, he knows how to use even his weaknesses for good; he has a knack for business, a nose for money, and is spirited in his work.

In contrast, Park Kyu-young comes from old money. She plays the titular character of Dal-li who was born into a well-respected family that lost their fortune overnight. Although elegant, she’s far from snobbish. Her character is described as innocent and sheltered, but with a bright personality.

Kwon Yul plays the director of a prominent business conglomerate. It is not yet revealed how he gets involved with both Kim Min-jae and Park Kyu-young, nor how he becomes an obstacle for their romance. But as the drama is set around an art gallery which Kim buys from Park’s family, it’s probably safe to guess that Kwon’s company also has an interest in it.

In supporting roles, police officer Hwang Hee (Lovestruck in the City) is Park Kyu-young’s childhood friend, while Yeon-woo (Cheat on Me, If You Can) plays an art curator who has a connection with Kim Min-jae. Also present at the reading was veteran actor Jang Kwang (Oh My Baby), who makes a special appearance in the drama as Park Kyu-young’s father. 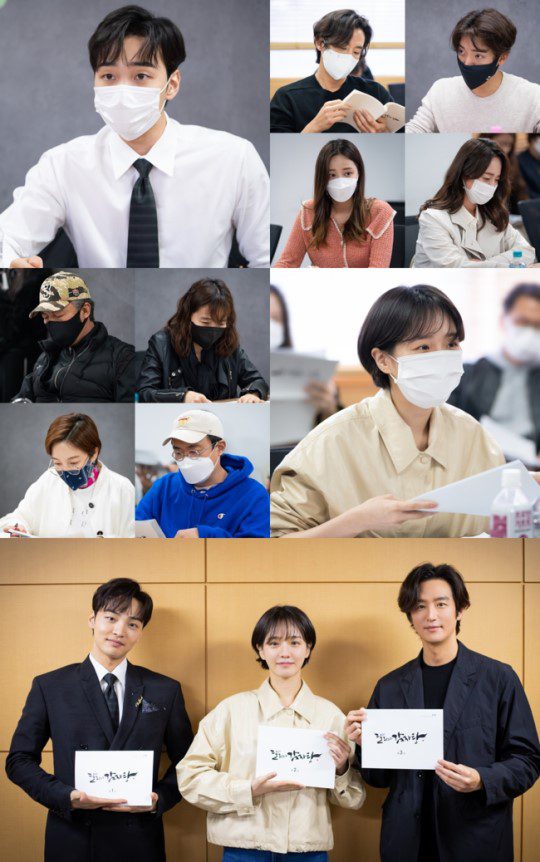 Seeing Kwon Yul's name reminds me of the drama I'd really like to see him star in - the spinoff of Min-woo and Eun-joo from My Unfamiliar Family.

I would gladly increase/sign up my subscription for whichever streaming service to see that.

I truly wish we had gotten him sooner in UF.

This could be fun, I am here for it. Plus Kim Min Jae has oodles and oodles of good will from me for Do you like Brahms?

I love Kim Min jae! This will be interesting.

Love the idea of "opposites attract" centered around new money vs. old money, but I think it would be more interesting if PKY's character still had hers. As it is, it sounds a bit like a well-pedigreed version of Candy.

Kim Min Jae, I’m definitely in!
I’m not sure about Park kyu young though, her soo hyun character still annoys me even though I’m quite sad about that….. Hopefully the dislike will be gone by the time the show starts airing.

I really can’t wait to see those smiles and dimples on my screen and the voice too.

After her characters in Devil Judge and It's Okay, I'd like to see Park Kyu-young in something that extends her a bit more to see what her acting chops are really like.

Kim min jae you're missed!!! I was waiting for some news on this drama very eagerly. I'm very excited about the opposite attracts esp crass vs class. I'm expecting super good things from this drama.

Kim Min-jae! I will at the very least LISTEN to the first episode and revel in his beautiful voice.

i'm onboard! who's with me? oh to hear that voice again! i really liked her in the devil judge.

Park Kyu-young is the main reason I'm going to watch this drama. I started to appreciate her as an actress in The Devil Judge and was so heartbroken for how her character ended. Looking forward to this drama!