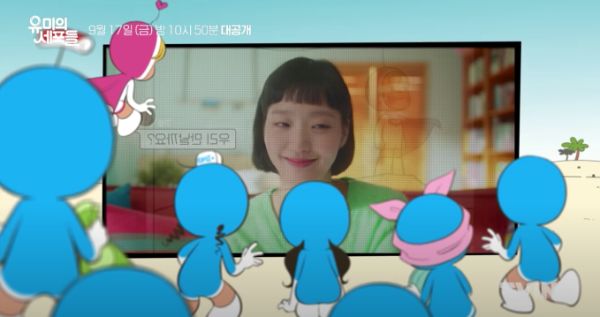 TVING original drama Yumi’s Cells has released an adorable new teaser. Kim Go-eun (The King: Eternal Monarch) plays the titular character, an ordinary office worker stuck in a cycle of habit, without any excitement in her life. One day, Yumi gets the chance to stretch her romantic muscles when someone begins to express interest in her.

In the teaser, Yumi scrolls through a webtoon on a leisurely afternoon. The cut she lands on shows a lone pink cartoon labeled “Love Cell” who wonders: “What does it mean to be lovable?” Suddenly a message pops up from Gu-woong, played by Ahn Bo-hyun (Undercover, Kairos). He asks her, “Shall we meet?” Immediately, her bored expression turns into a shy smile.

Inside of her, Yumi’s literal cells watch as they are apprised of the news of her pending date through a huge screen TV. They exit through her iPad and follow her to aid her efforts and cheer her on. A total of six cute “cells” with their own personalities follow Yumi around as she gets ready for her date.

The leader in pink looks exactly like the “Love Cell” from Yumi’s webtoon from earlier and hurries the team along. One of Yumi’s other cells sounds excited, saying there’s a specific outfit they’ve picked out exactly for this occasion. Her hunger cell lags behind, munching on some chips as he ponders what type of good food they’ll get to enjoy on the date. In the last scene, the cells cheer on Yumi underneath a banner that says: “Yumi fighting!”

Directed by Lee Sang-yeob and co-written by Kim Yoon-joo and Kim Kyung-ran, the rom-com drama series Yumi’s Cells will begin airing on September 17 on tvN and TVING. 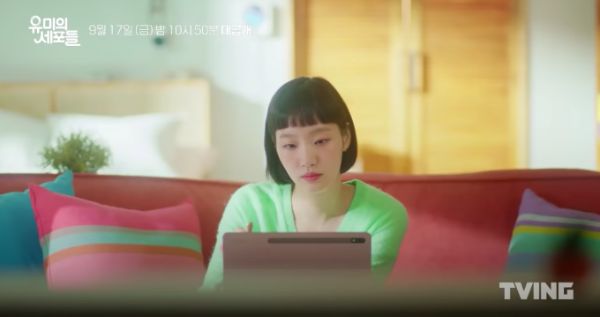 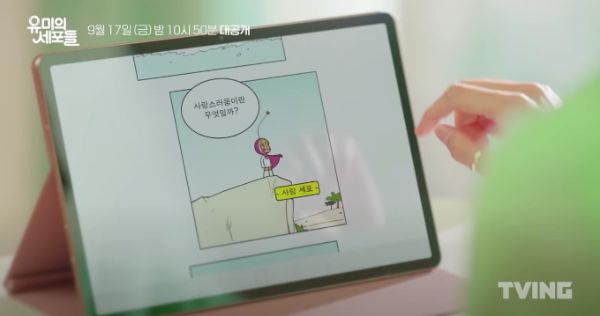 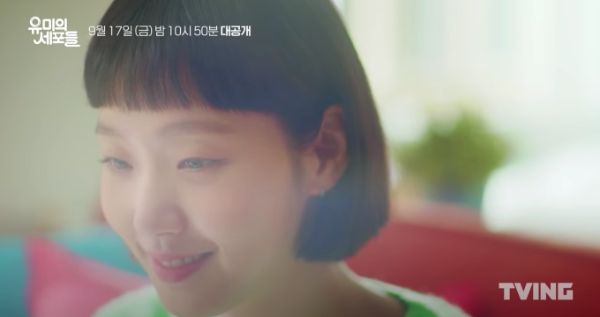 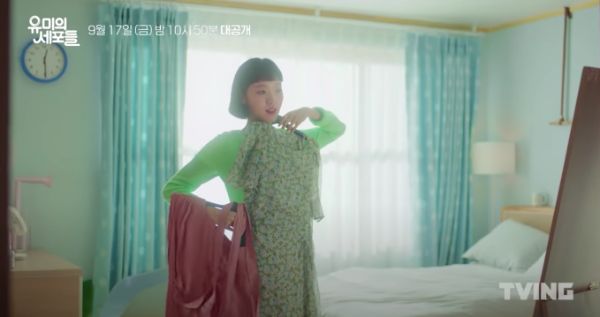 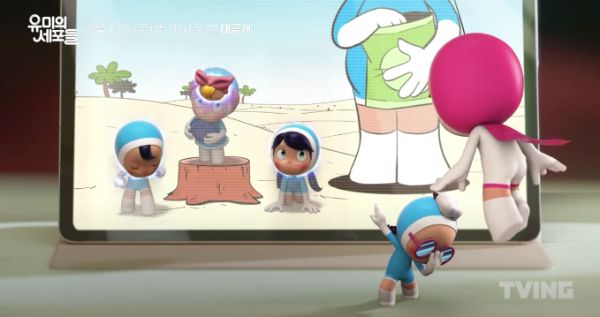 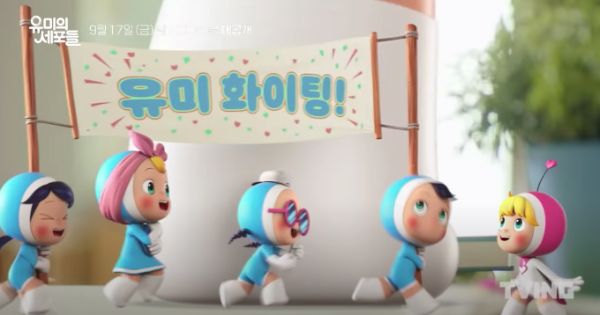 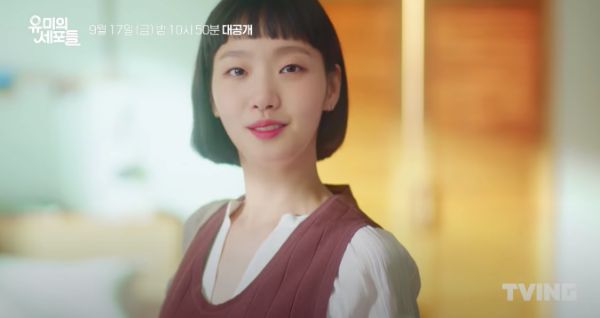 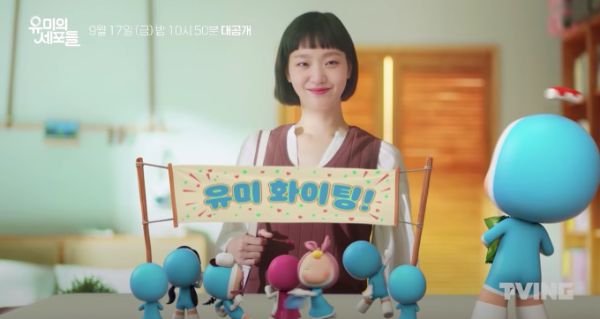 (1) "her bored expression" -- no one does a bored expression better than Kim Go-eun, IMO; (2) they really needed to dragoon Dr. Hollow from You Are My Spring to be the sage master cell keeping the other cells in some semblance of order.

But Dr. Hollow is verrry rare and doesn't come out very often!

One possible benefit, they'll need to plan out the script in advance to do the animations. That implies the 3rd act won't fall apart from the writer just throwing it together in a panic - like SOME recent series we can think of.

We can only hope.

My goodness. Now you mention it, she looked vaguely familiar, but I would never have picked it.

Just curious but is that good or bad you don’t recognize her? P.S. is it the haircut?

I don't want to have too high expectations but this looks cute.

Its nice they're using animation. Looking forward to see how they've put together the rest of her mind.

Inside Out, Kdrama way? It's bizarre enough for me to want to check it out.

I’m curious how they’ll do it. I haven’t read the webtoon it’s based off of but I guess it has quite a large following.

Apparently Ahn Bo-hyun is going to be unrecognizeable too. The poster for the series has him with long hair, bare feet, an old T-shirt and shorts, like a California boy.